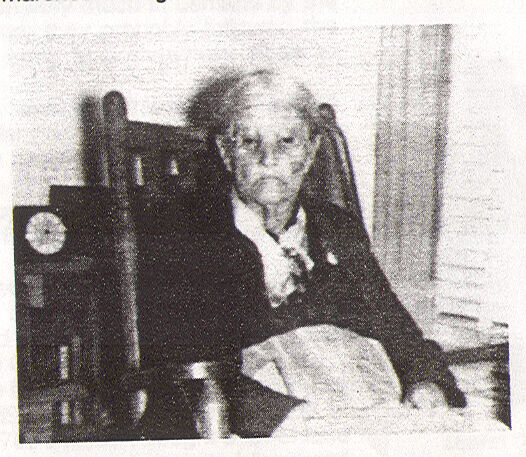 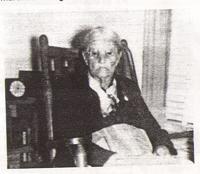 SHE SAW IT ALL — Matilda Duckett Rogers, or “Aunt Sis,” lived through some of our nation’s defining moments. 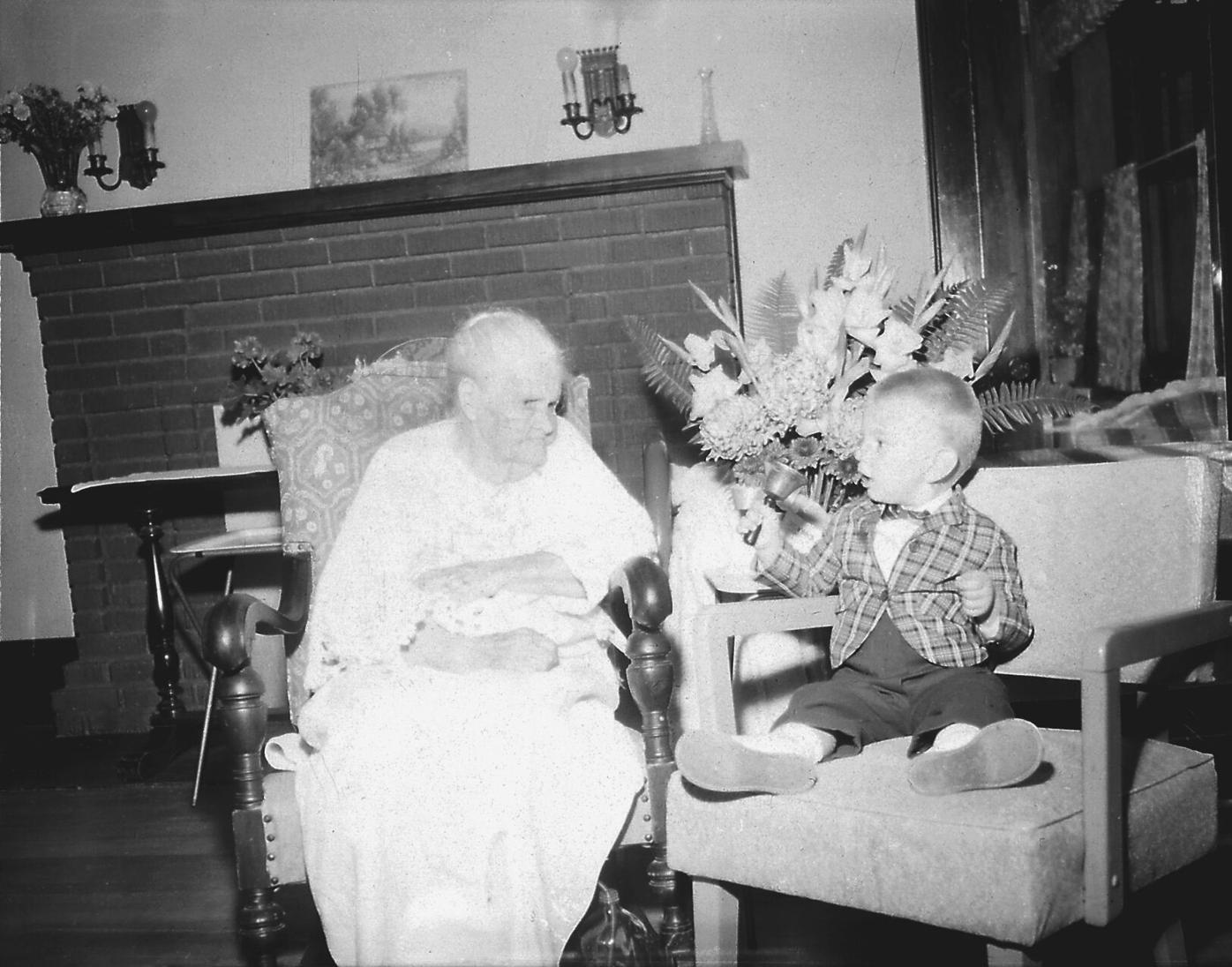 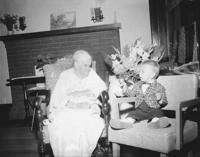 SHE SAW IT ALL — Matilda Duckett Rogers, or “Aunt Sis,” lived through some of our nation’s defining moments.

Second in a series on Haywood County centenarians

What is it about people who live to be 100 that makes them so fascinating? Is it a desire to be like them, to live long and full lives, or the fact they hold memories that are distant history to most of us? After all, how many people could witness event of the Civil War and in the same lifetime witness man’s first ventures into space? Matilda Duckett Rogers of Fines Creek did just that, keeping a sharp memory and intellect throughout her lifetime until her death in 1963.

“I remember her as an elderly lady who walked with a cane and who wore her long gray hair in a bun. She had already ‘broken up housekeeping’ when I was a child, and she spent her time living with several of her grandchildren. … She had an incredible memory and was able to tell about her family having to bury their food and possessions, and about having to hide from the soldiers as they raided homes and farms during the Civil War. She would even sing songs for me that the soldiers sang as they marched through the area.”

Born in Spring Creek, in Madison County, Matilda married Robert Newton Rogers when she was somewhere between 16 and 20 years of age. She came over the ridge to live in Fines Creek, where the couple had 12 children’ nine of them survived her. She took pride in the fact that she and her husband donated land for Belmont Baptist Church on upper Fines Creek. During the first half of the 20th century, when several histories of Haywood County were being compiled, ‘Aunt Sis,’ as she was also known, was the source of information for a number of writers.

In 1955, Rogers recalled how her family in Madison County survived the Civil War despite almost desperate times. At one point, she said, the family lived about three weeks on only potatoes and water. She was known for singing songs she had heard Confederate soldiers sing: “We’ve all got the rheumatiz/ ’a marching in the snow./ But we’ve killed a thousand Yankees,/ and we’ll kill a thousand more.”

Her husband died in 1910, and Rogers eventually rotated her time between children and grandchildren. At 100 years of age, Rogers decided to have some fun, according to Leatherwood. She wanted to meet more people and went to live at a rest home in Waynesville, where she spent the last 13 years of her life, receiving visitors and making trips back to Belmont Baptist when she was able.

Her longevity and keen memory gained Aunt Sis some fame. In 1961, George Milner of Haywood County was doing in business in London when a newspaper headline caught his eye. The Evening News and Star had a front-page report on Matilda Rogers and her 111th birthday celebration.

Rogers’ death in 1963 was reported in newspapers across the state. The Charlotte Observer reported that on her 111th birthday, she counted 284 descendants. She was believed to be the oldest living N.C. citizen until the time of her death.

The awkward part of Aunt Sis’ story is that she may not have been quite as old as she believed. When she died on Sept. 16, 1963, her family believed that she was just days shy of her 113th birthday on Oct. 2. However, much of that belief was based on Rogers’ remarkable memory and gift for details. A Madison County census record from 1860 reports her as being 6 years old at that time – which meant she would have been born in 1853, rather than 1850. If the census record was correct, Matilda Rogers would have lived to a “mere” 109 years, 348 days. This discrepancy may explain the reason some newspaper stories reported that she married Rogers when she was 16 while others reported the age as 20.

Sources for this story: Mountaineer articles on Matilda Rogers written from 1955 through 1963; the writings of Gail Bradshaw Leatherwood; Find a Grave Memorial website and a Gerontology Wiki website on “super centenarians,” those who attained the age of 110. On the latter site, Rogers’ biography is included, though she was considered a near-miss for that status.

The philosophy of ‘Aunt Sis’

The fame of Matilda Duckett Rogers, also known as ‘Aunt Sis,’ grew not only because of her longevity and memory, but because of the warm way she welcomed visitors and her witty use of language. From the many newspaper stories on Rogers come these tales:

Longevity: When asked to explain the reasons for her longevity, Rogers always gave her first reason as her faith in God. In addition, she believed drinking lots of black coffee contributed to her health. And, in later years, she added this bit of wisdom: “I didn’t eat myself to death.”

Optimism: Rogers would declare that “self-pity killed many a person.”

Happiness: “I read my Bible and I visit with my family and my friends, and I don’t worry – never believed in worrying about this, that, and the other thing. I sit here, you might say, as happy as a dead pig in the sunshine!” Rogers told a reporter.

Faith: According to a story written by granddaughter C.L. Bradley, Rogers often told her grandchildren, “Children, always trust in the Lord, and He’ll take care of you.” On another occasion, Bradley described how she felt overwhelmed by Sunday morning chores and said she didn’t have time to go to church. Rogers “looked straight at me and said, ‘You’re going to take time to die some of these days.’”

Wilderness dangers: Rogers described how the family would go digging for ginseng, which, “you might say that was our chief crop before tobacco,” she said. “The rattlers (rattlesnakes) were so bad we had to built a whole ring of fire and camp in the middle of it.”