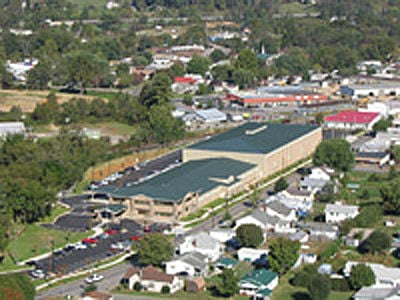 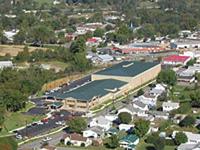 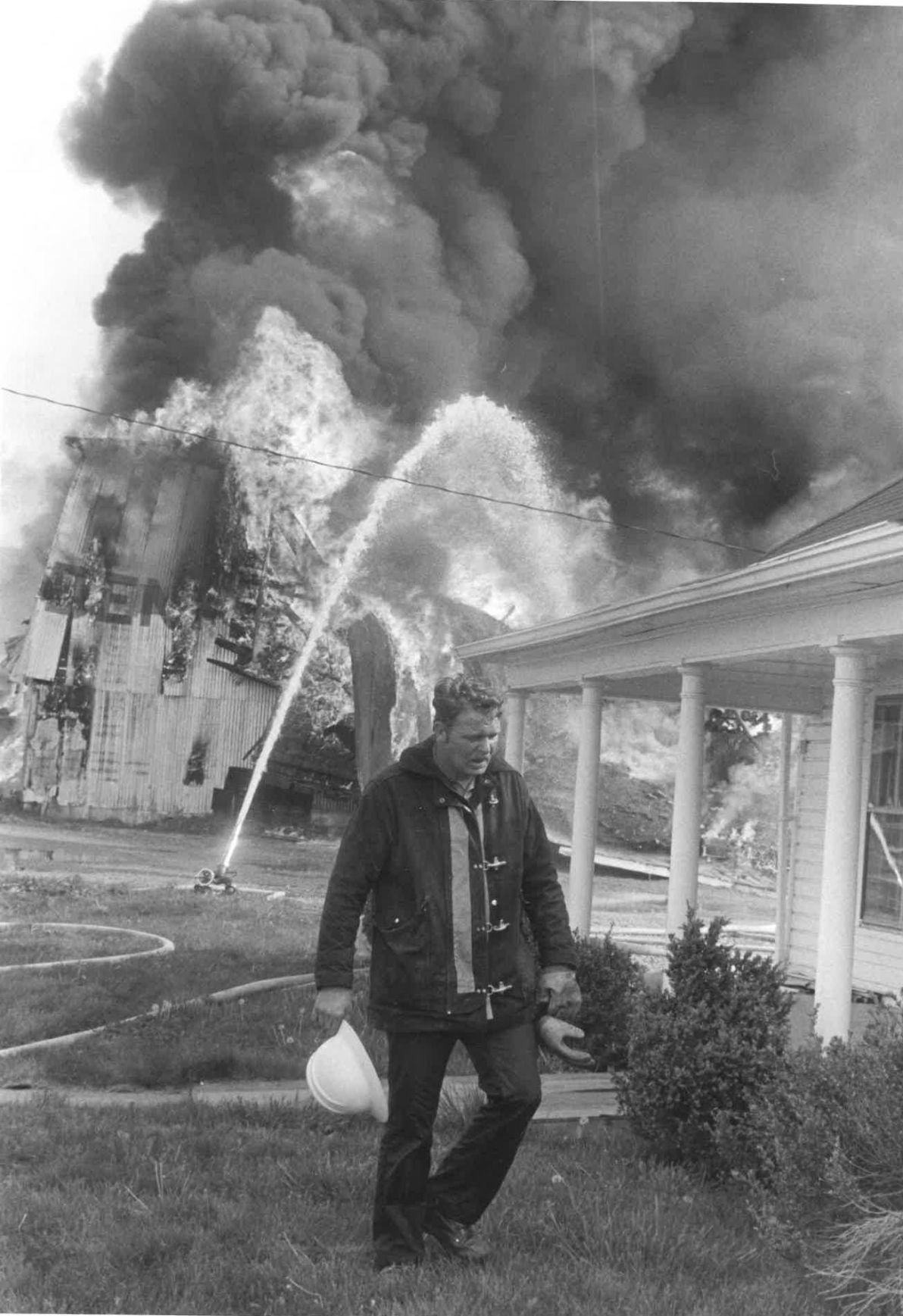 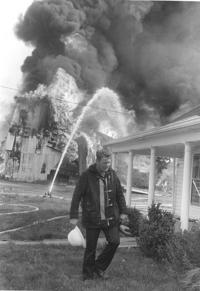 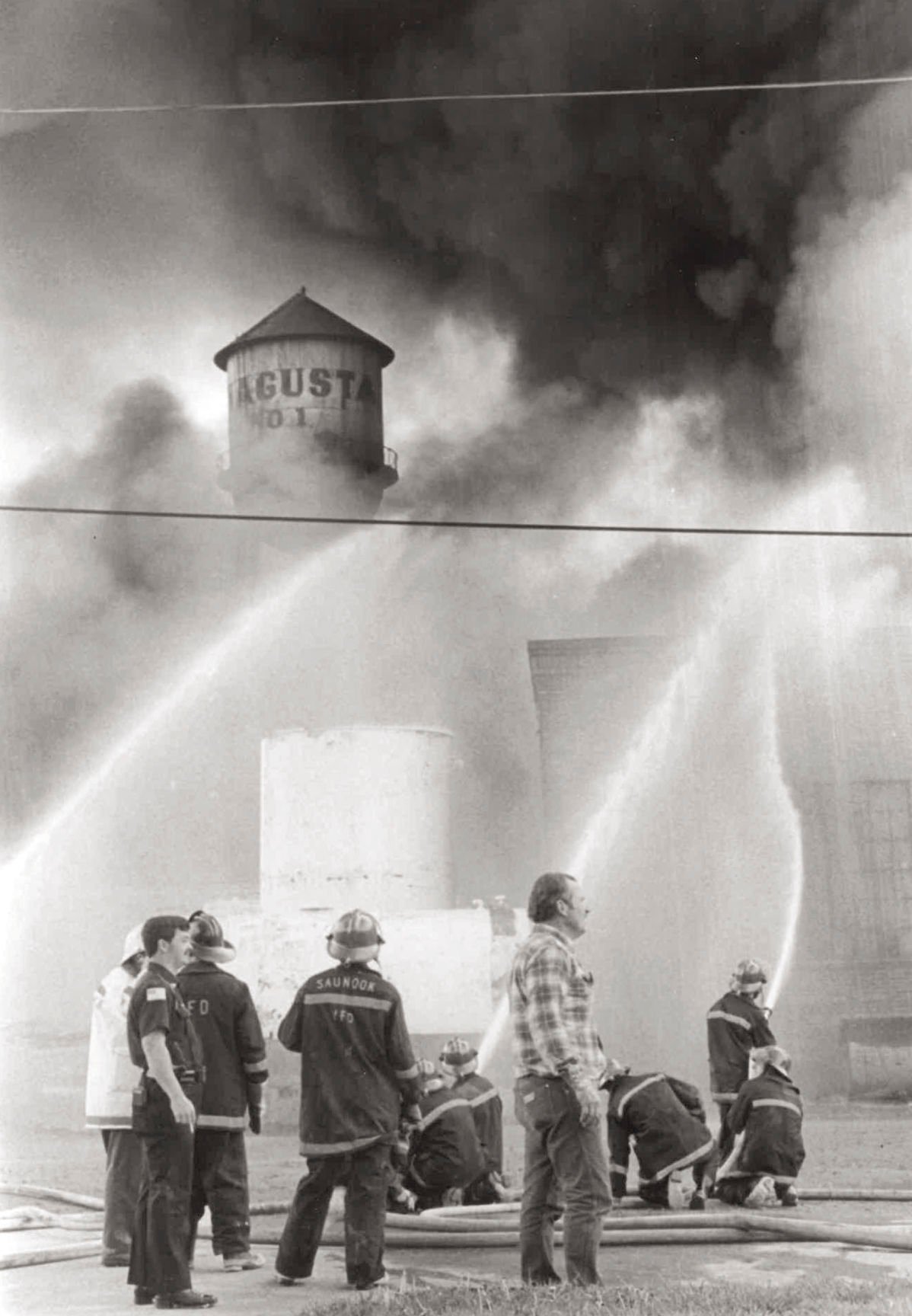 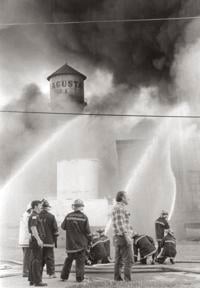 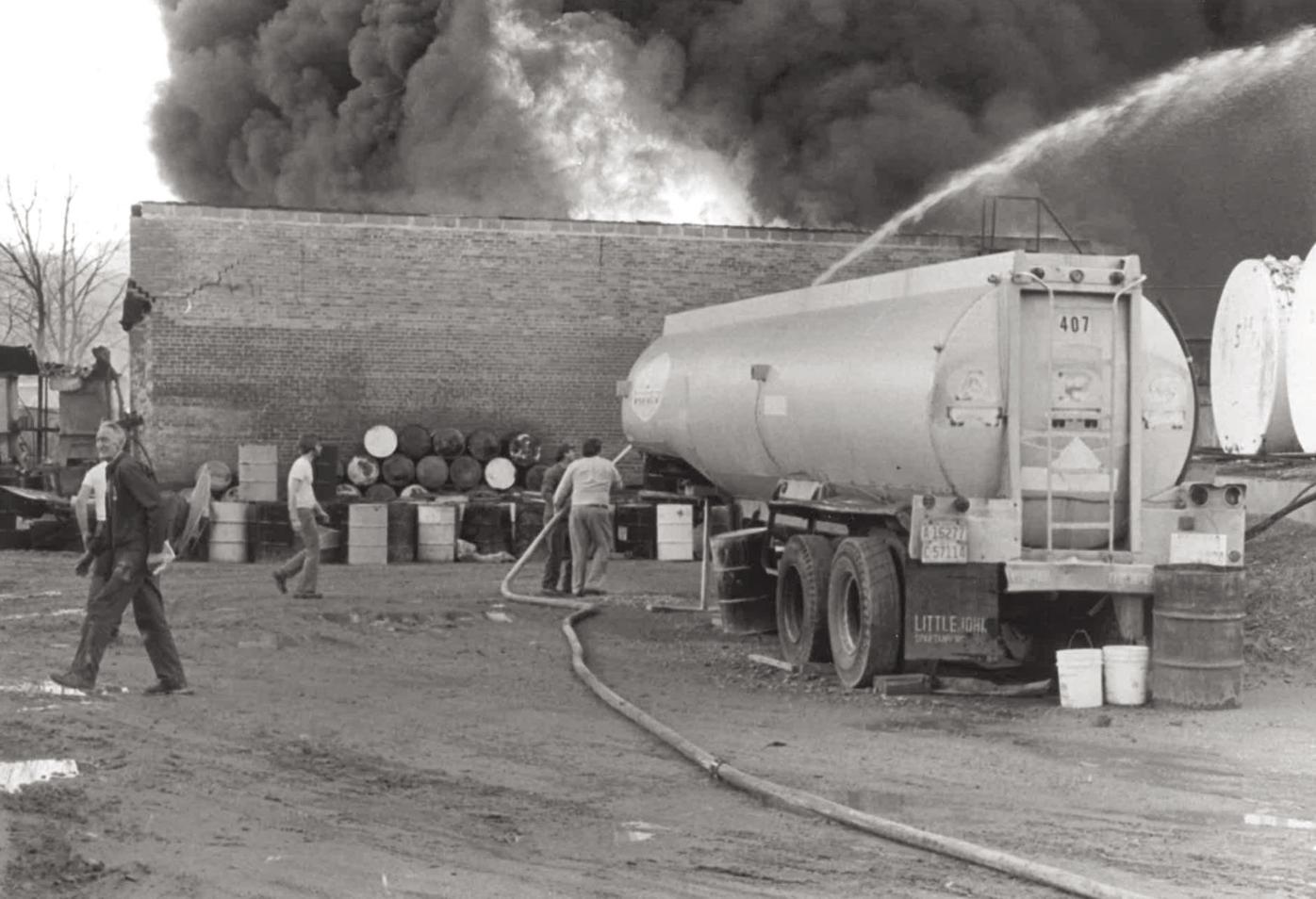 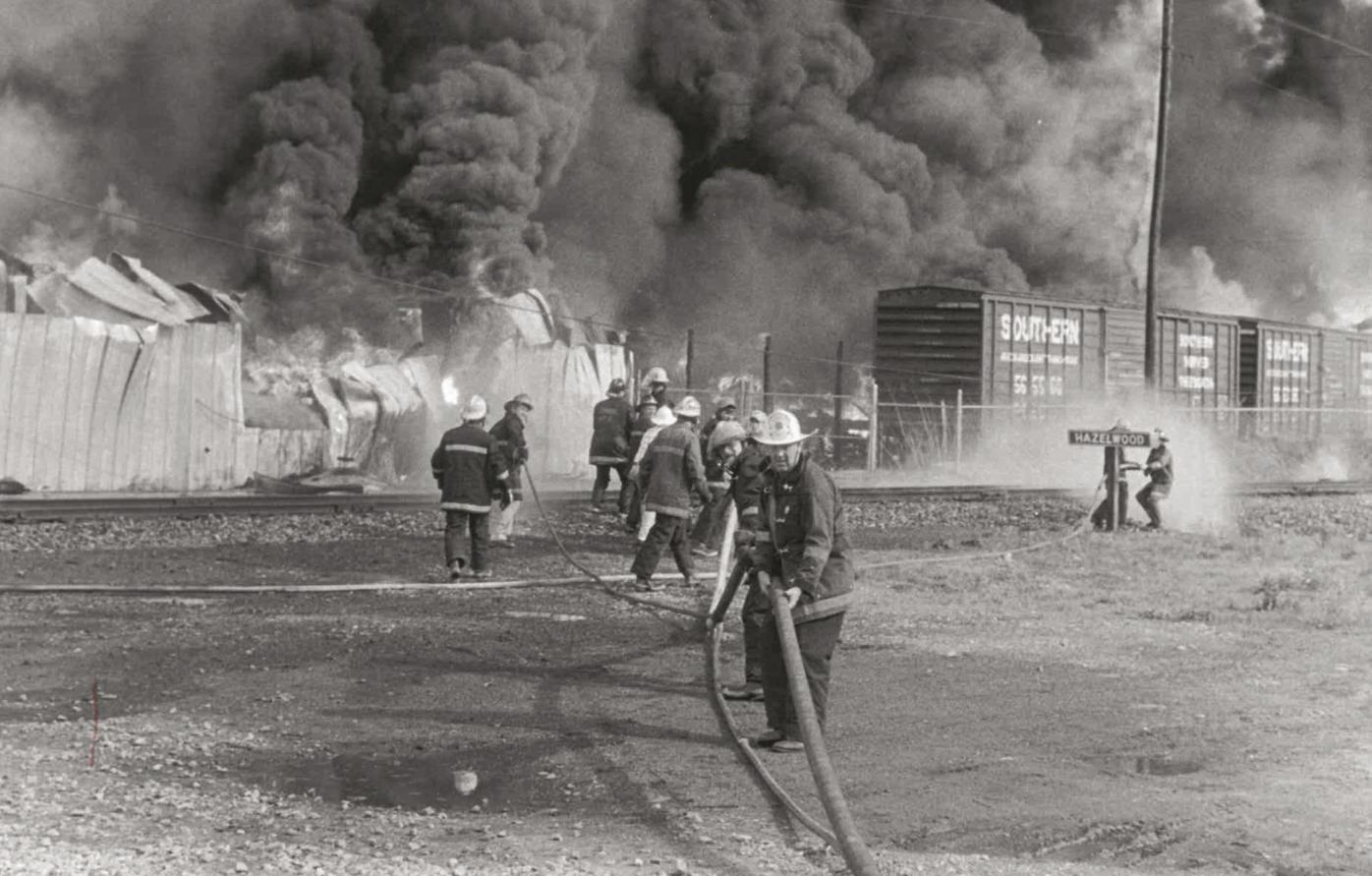 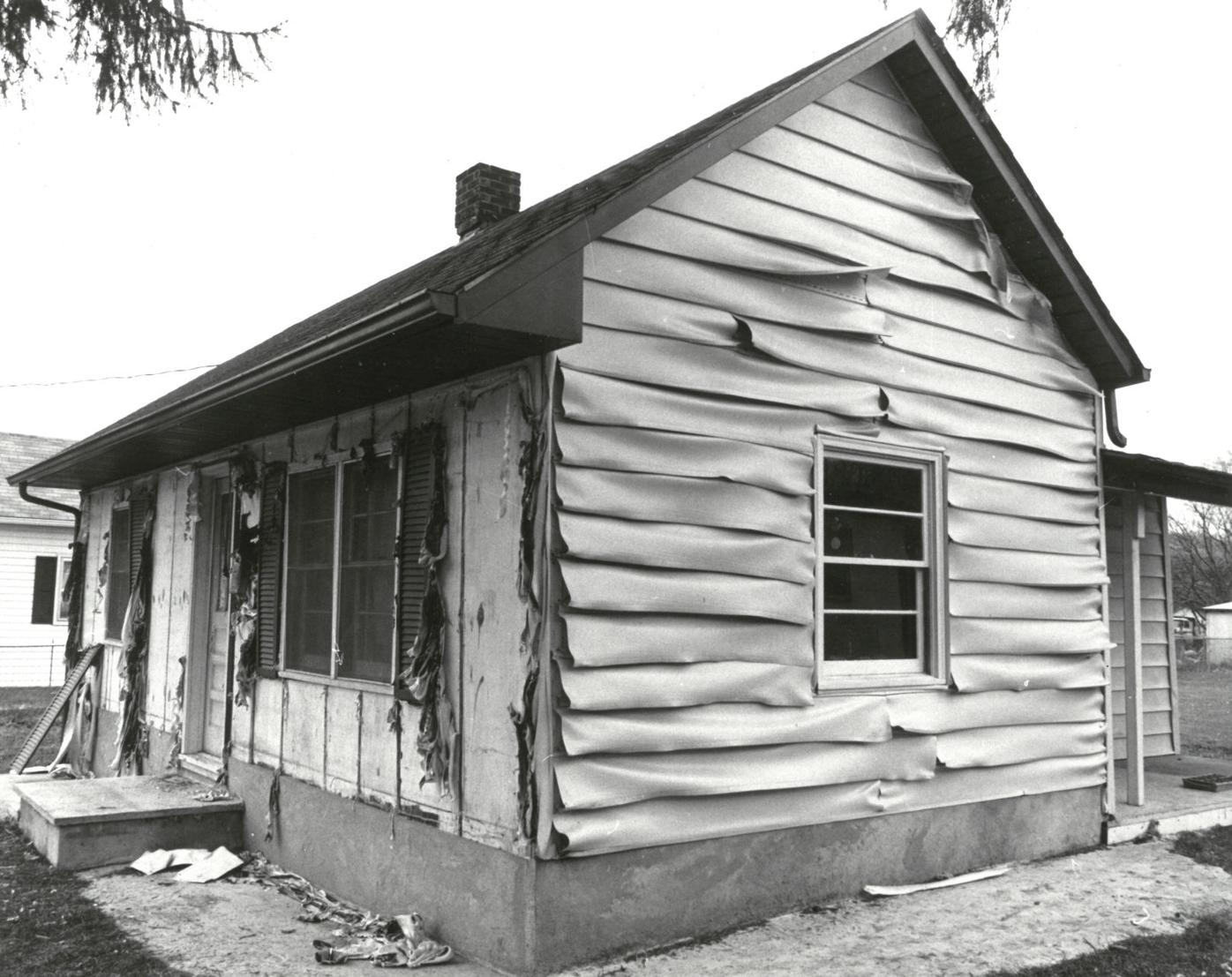 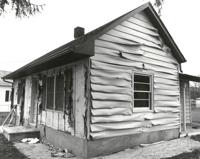 DAMAGE – This photo shows structural damage and peeling paint on a house near the Benfield fire.

DAMAGE – This photo shows structural damage and peeling paint on a house near the Benfield fire.

Five days after Benfield Industries went up in flames on April 21, 1982, forcing the evacuation of most of Hazelwood, owner Tom Benfield announced in The Mountaineer that he would not rebuild the chemical plant.

If residents near the plant thought their worries were near an end, they were woefully mistaken. Dramatic as it was, the Benfield fire was not the ending of a long story of environmental damage and long-term consequences, but only an early chapter in a story that ran from 1976, when the plant opened, until at least 2015, the most recent federal cleanup of the Superfund site.

After concerns over the location of a chemical plant within feet of residential neighborhoods, residents would find they had to deal with the removal of charred debris, additional smells, chemicals dumped in the soil, a Superfund designation and even piles of manure as part of an “innovative” cleanup effort.

Though the cleanup seems to have brought some good results out of tragedy — Haywood Vocational Opportunities built its facility on the old Benfield site and even received awards for its effective use of a reclaimed property — residents had to wait three decades for completion and closure.

Neighbors had been complaining about Benfield Industries for at least 18 months before the fire. The company purchased chemicals in bulk, repackaged and sold them in smaller quantities.

Among the chemicals on site were lacquer, acetone, denatured alcohol and paint solvents, all stored in tanks holding from 1,000 to 10,000 gallons of the chemicals.

In January 1981, plant supervisor Doug McClure had quit his job, saying he feared for the safety of the workers and the neighborhood. He would later also state he had been ordered to dump chemicals into the ground on the property, a claim confirmed by later testing. Citizens had complained to town officials, who said their options were limited.

With the fire confirming many of their fears, residents hoped a cleanup would put the matter to rest. Though Benfield said he would not rebuild the plant, he continued for a time to repackage chemicals in a building on site that had not been destroyed by fire.

In June, six weeks after the fire, residents attended a Hazelwood Town Board meeting to complain about the slow cleanup at Benfield. Town administrators said their hands were tied, because the cleanup was under state supervision.

State and federal officials had already stated they were satisfied with the rate of cleanup. That same month, an Environmental Protection Agency spokesman said the EPA was not concerned with the pace of the cleanup as long as Benfield was “making an honest effort and following the instructions of the state,” adding the EPA did not believe there was anything hazardous in the debris. Two weeks later, the state threatened to fine Benfield if the cleanup process did not move more quickly.

In July, Haywood County commissioners refused to allow Benfield to dump waste from the burned plant in the county landfill, though their concerns were related more to volume than potential hazards. The amount of wood and metal at the site were too much for an aging landfill at Francis Farm, they said.

That same month, an official for the state division of Solid and Hazardous Waste told the county, “the Benfield debris is no longer considered hazardous waste.”

“There is a little turpentine smell to the lot but as far as we can see, it’s approved to go in any landfill in the state,” the official was quoted saying in The Mountaineer.

Thomas Benfield, meanwhile, declared neither he nor the company had the money to clean up the property, and so applications began for it to be placed on the federal environmental cleanup list, known as a Superfund site.

In 1989, seven years after the fire, the Benfield site was added to the Superfund list.

Now residents and business owners faced another nasty surprise. Banks and credit organizations were unwilling to issue mortgages or loan money on properties near a Superfund site, effectively halting most real estate transactions in that area until initial cleanup was complete.

Three years later, the EPA conducted testing of the soil and water at and around the Benfield site. And while it confirmed the presence of the chemical pollutants in both soil and water, it declared nothing on site posed a health risk to residents nearby. One factor in favor of residents was that they were all on town water, meaning no one was drawing from a well that might be contaminated.

Manure and hay for cleanup

Actual cleanup began in 1997. The initial plan involved washing the soil at the Benfield property, then placing it back on the site. But the plan changed — adding to residents’ woes.

The EPA’s new plan called for digging up contaminated soil, placing beds on site and adding nutrients to break down or eat the pollution. Those nutrients? Hay and manure.

The first summer of treatment, 270 tons of hay and 27 tons of manure were hauled into the Benfield site. When more contaminated soil was discovered, 110 tons of manure were brought in, along with more hay. Residents complained of the smell. In addition, those nearest the plant were also besieged with sewer flies, apparently hatching from the treatment beds.

“We went with what was the most efficient method,” said an environmental engineer for the N.C. Department of Environmental and Natural Resources. “We thought we were doing something innovative.”

After a third season of treating with hay and manure, the soils that were successfully cleaned were placed back on the site. Another portion was excavated and buried in a landfill because it contained PCP, which could not be cleaned by microorganisms. The soil cleanup finished in 2000, and the property was graded and re-seeded.

During the soil cleaning project, another two unknown underground storage tanks, which likely contained fuel, were also found and removed.

With the soil considered clean, ground water cleanup began in 2001. The groundwater was removed from the property and set aside for treatment through Waynesville’s wastewater treatment plant. That part of the program was shut down in 2007, because the levels of pollution had dropped and the system was not capturing all of the groundwater flow.

In 2004, Haywood Vocational Opportunities completed construction of its new warehouse and manufacturing plant at the old Benfield site, using four of the six acres that were part of the old chemical plant.

HVO manufactures disposable medical garments and other medical products while providing vocational training and employment to adults with disabilities.

Additional clean soil was used to cover the property before construction. As an extra precaution, HVO’s deed to the site contained a commitment that it would not use groundwater on the property for any purpose.

Still, the Benfield cleanup saga was not complete. In 2015, the EPA announced that creosote contamination from the fire was leaching into the groundwater. While the levels were not dangerous, the EPA began additional efforts to clean up the groundwater, taking about three months and involving the injection of peroxides into the soil.

It reminded citizens that while damage can occur quickly, repair can take decades, thanks to the slow pace of both bureaucracy and environmental forces.

Whether because leaders learned from the fire or because its citizens have been blessed and fortunate, Haywood County has weathered 38 years since the Benfield blaze without another disaster that has threatened to level — or poison — an entire town.

Sources for this story include Environmental Protection Agency documents, including its remediation system evaluation of 2007, the N.C. Division of Public Health’s Public Health Assessment of the Benfield site in 2010 and multiple Mountaineer stories, particularly from the years of 1982, 1985, 1989 and 2000.