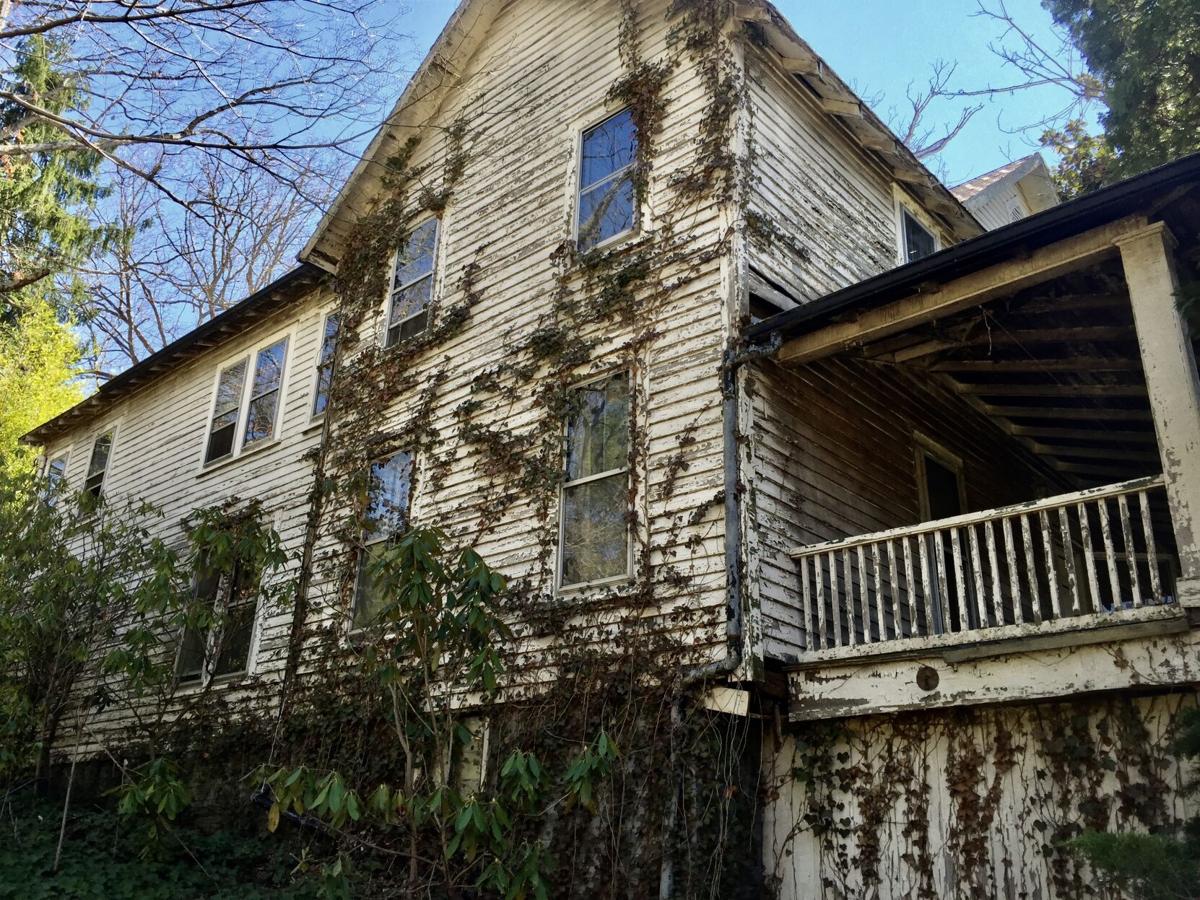 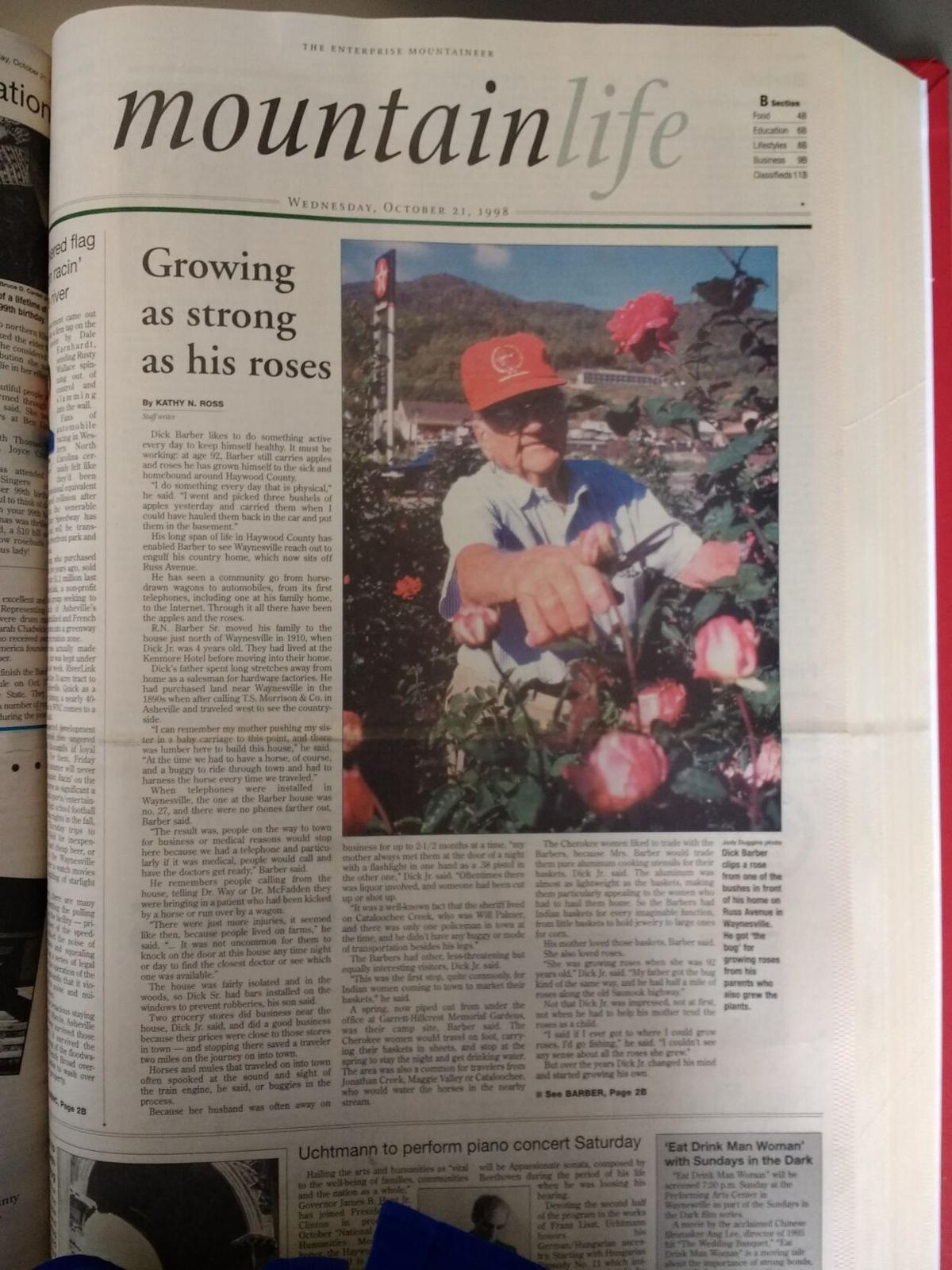 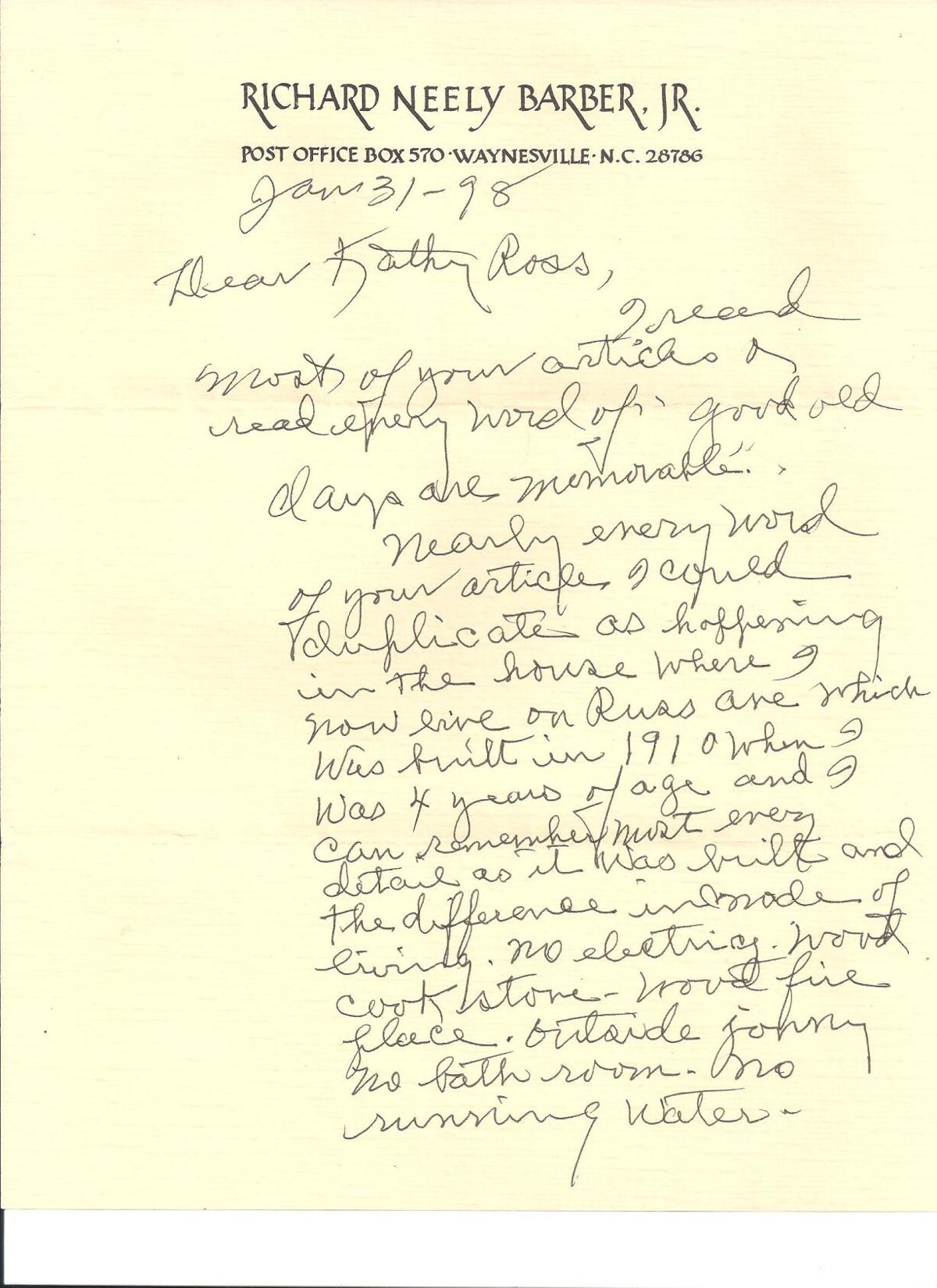 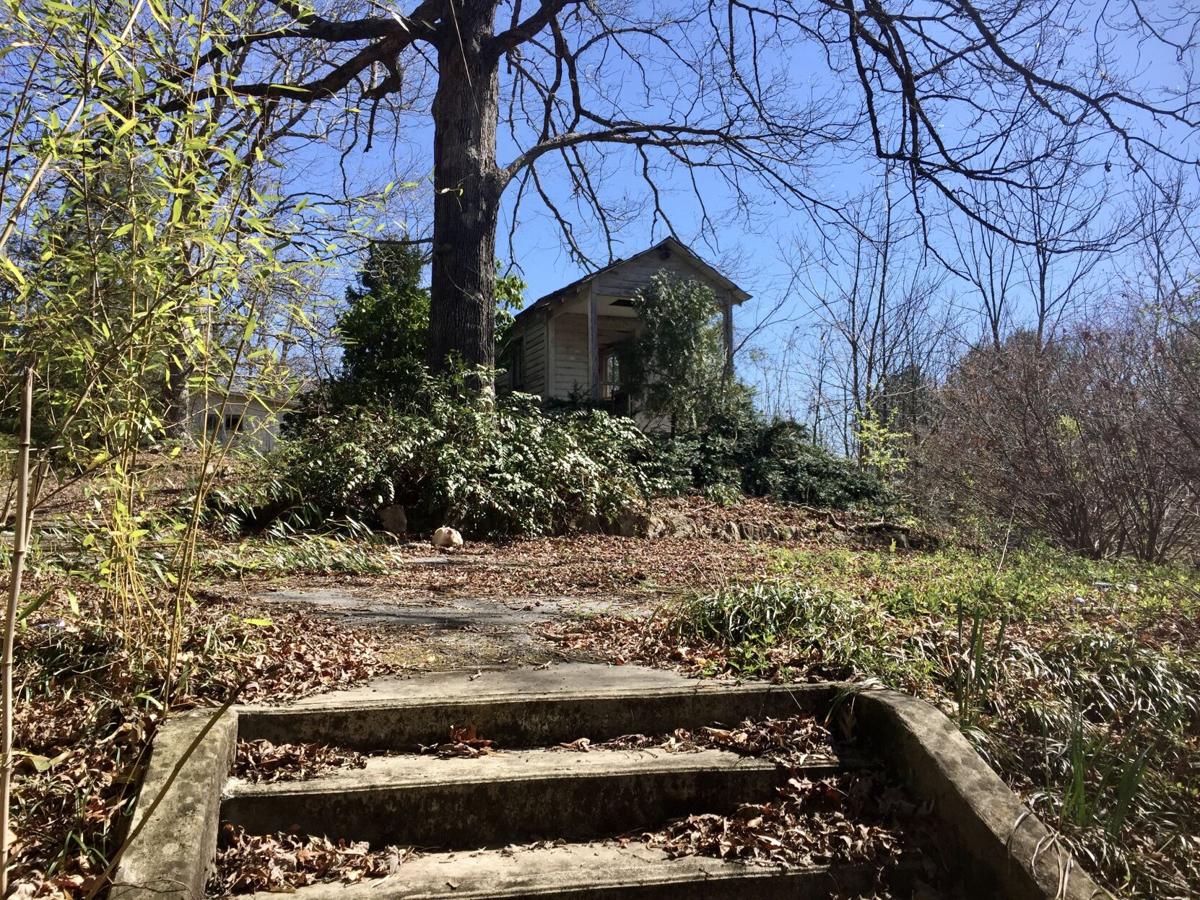 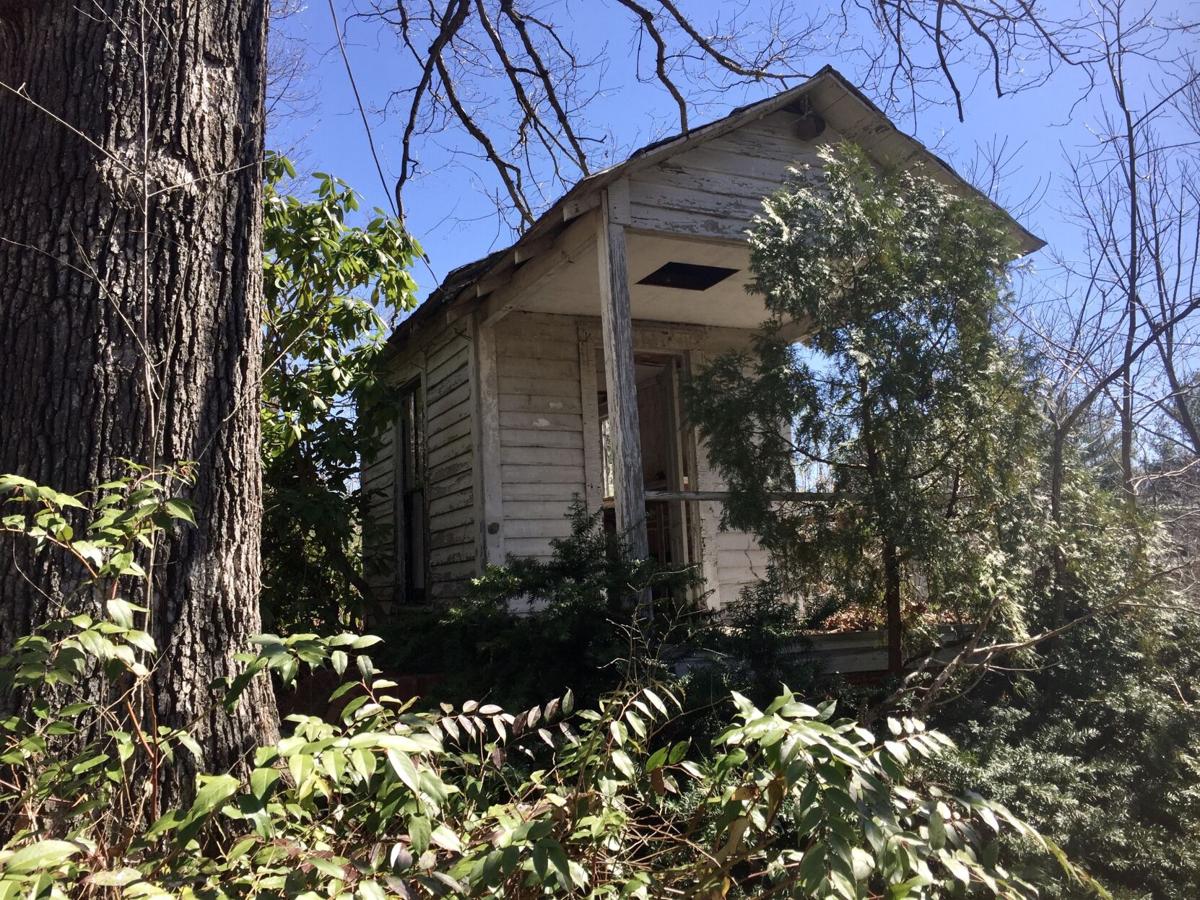 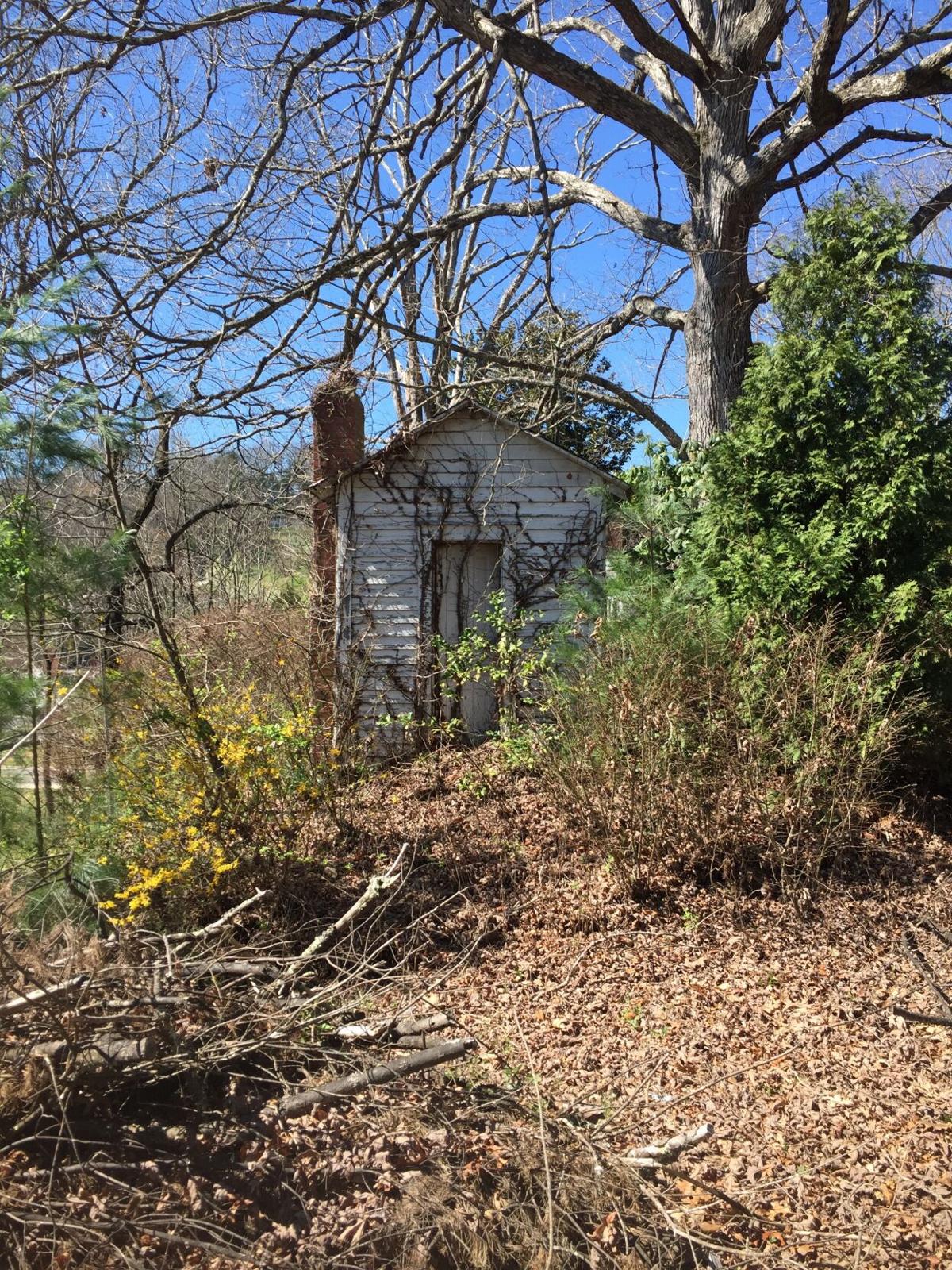 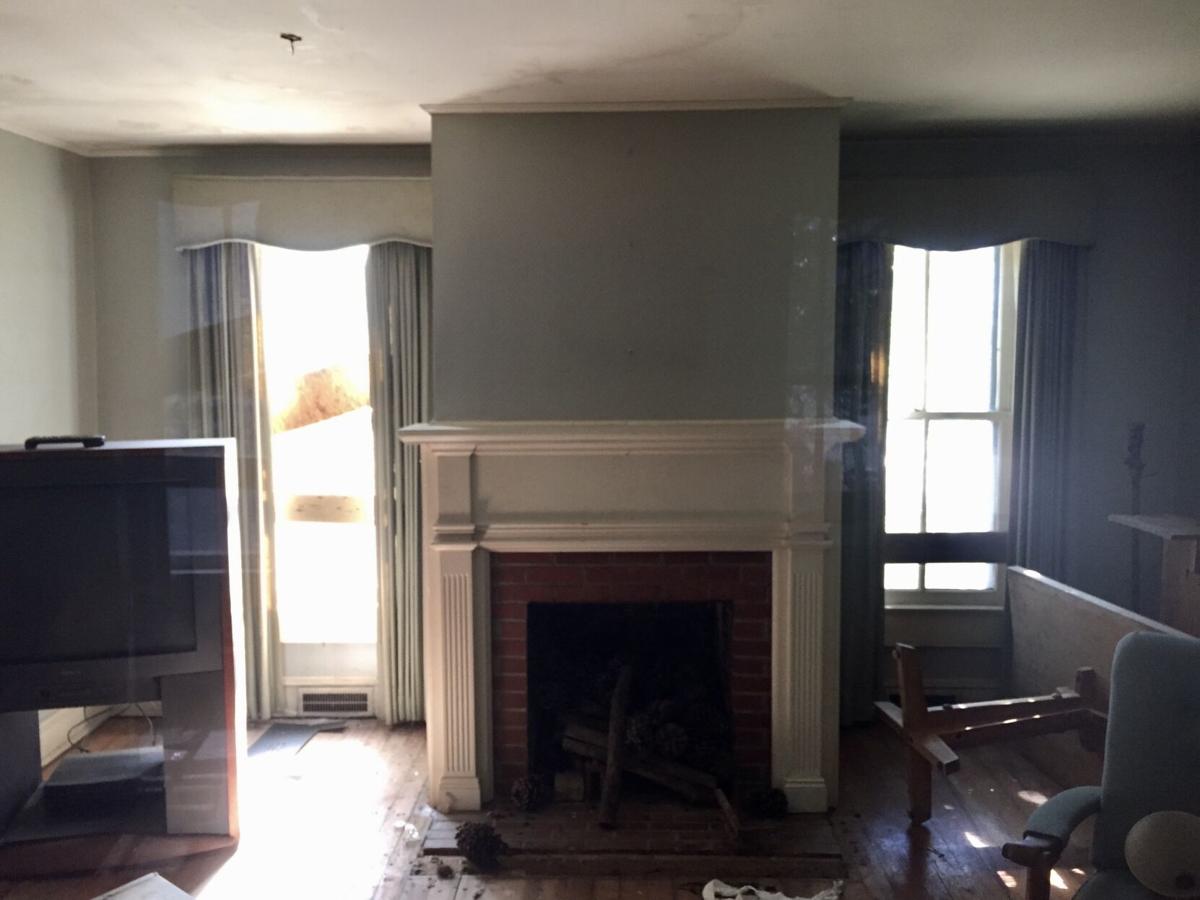 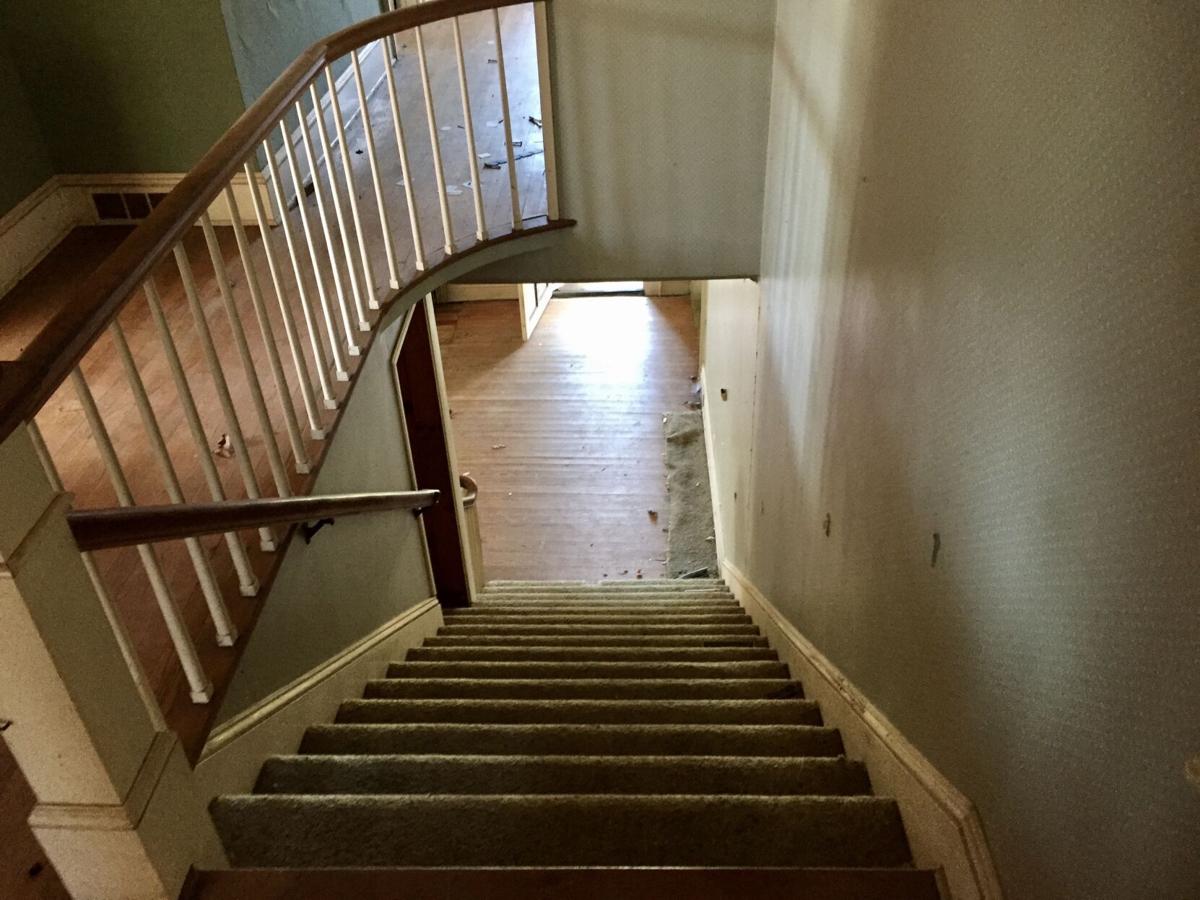 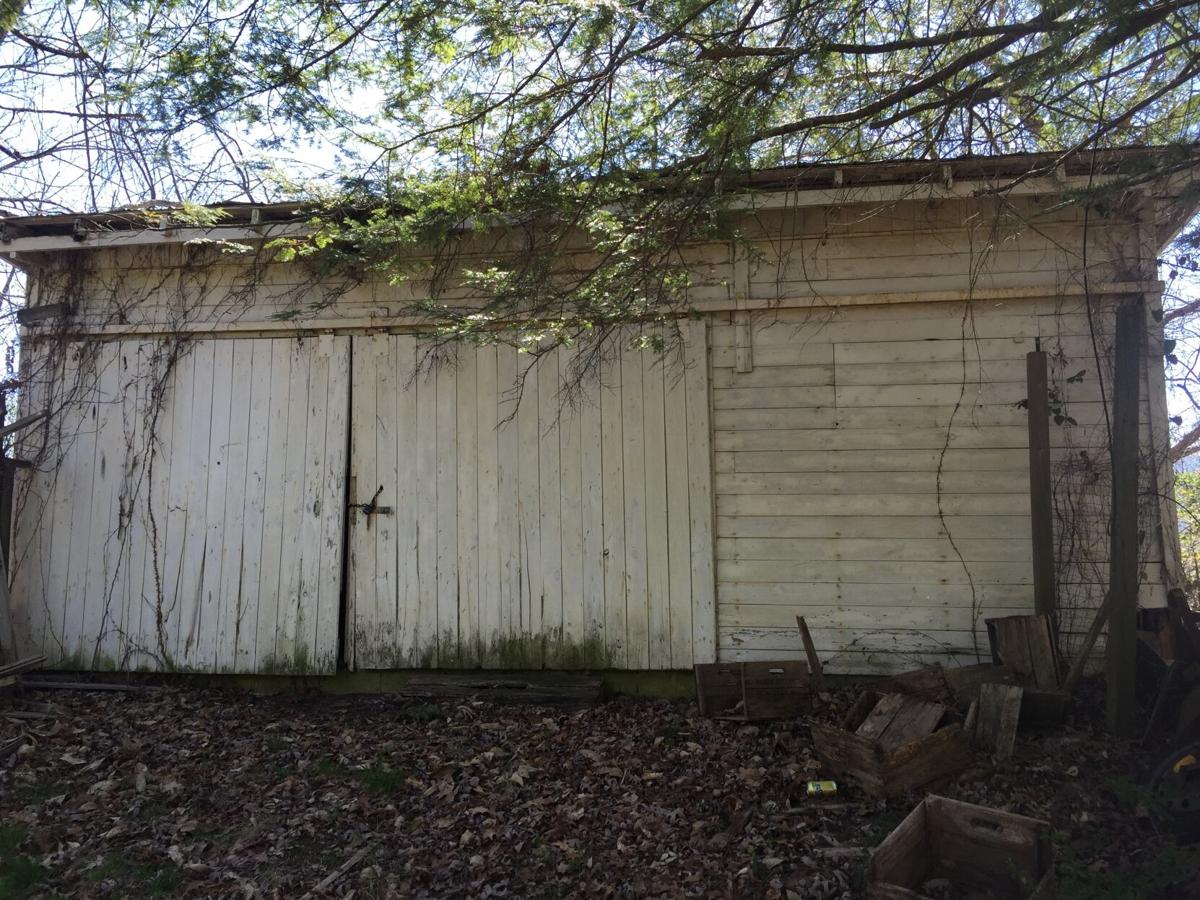 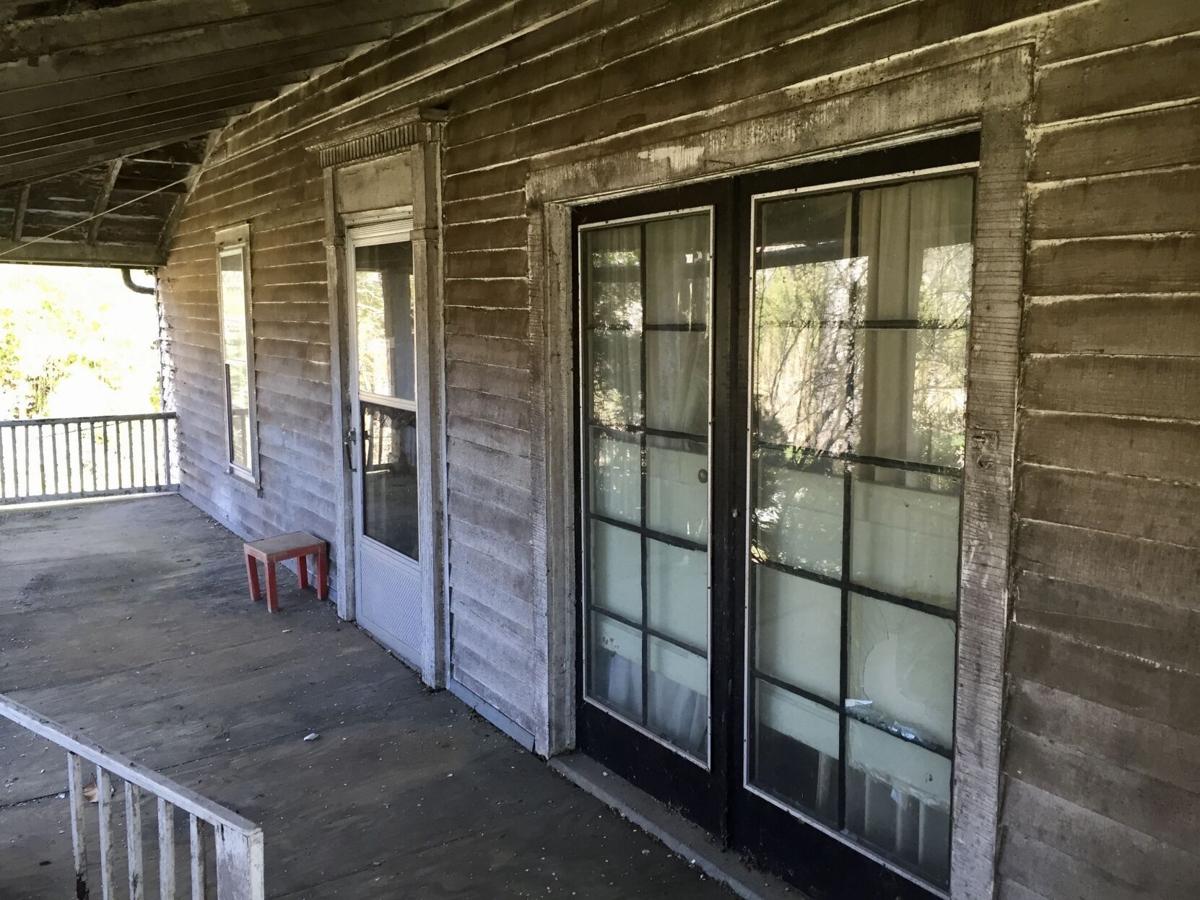 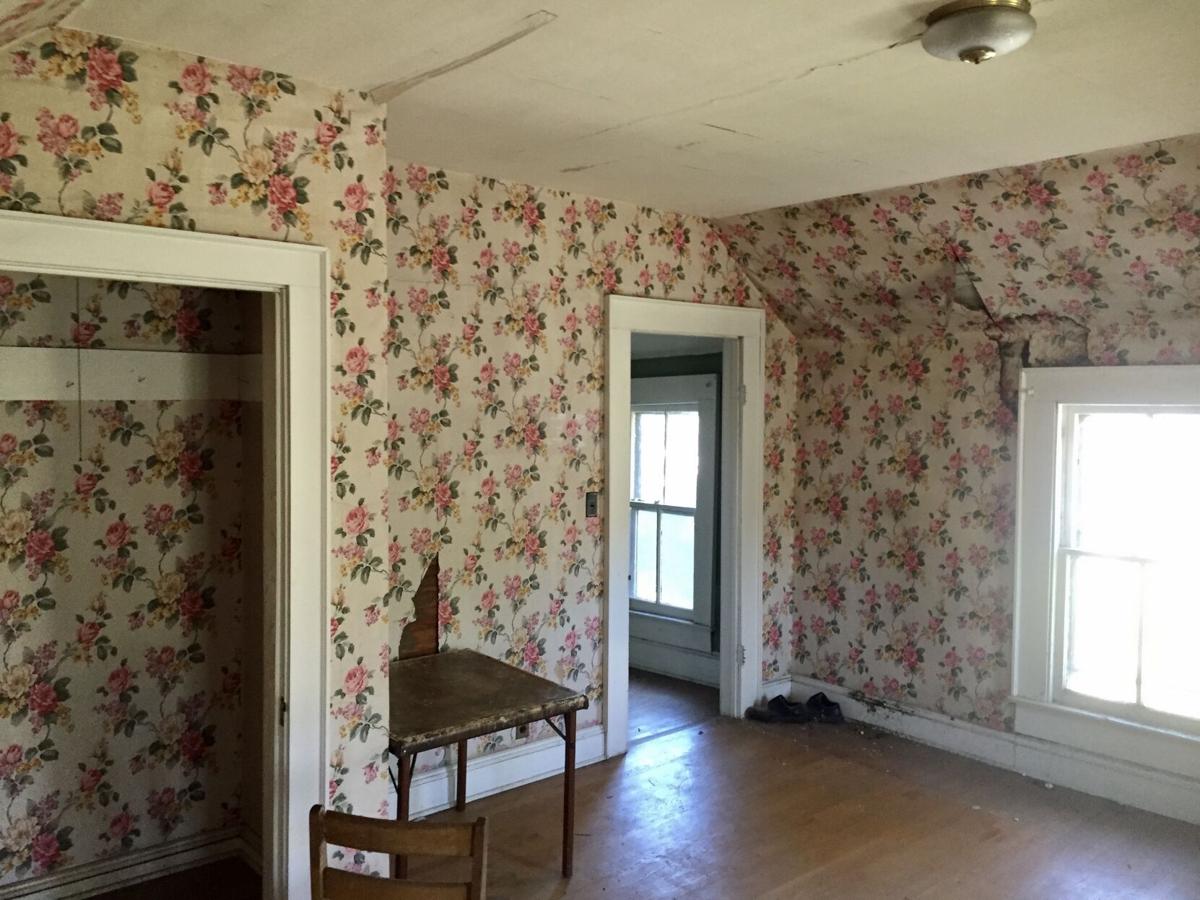 How many people realize what was lost with demolition of the white frame house behind Chick Fil-A this summer?

It wasn’t easy to spot when it was there, hidden behind the trees, vacant for almost two decades. People bustled through the restaurant’s drive-through line, cut around in front of it to fuel up at Ingles, unlikely to know how much history stood so close, veiled in undergrowth.

The 110-year old house fell prey to vacancy and, in recent years, to invasion by squatters who trashed its interior, until it was beyond salvage. At one time it was a lovely structure, housing one of Haywood County’s living institutions, a man who grew roses to delight passers by on Russ Avenue and delivered home-grown apples to folks he knew were housebound or bed ridden.

Richard N. “Dick” Barber Jr. lived in that house from the time he was 4 years old until a year before his death at age 96. He was still tending the apple trees and growing roses until at least the age of 92.

When he was in his 90s, he sat in the study of that house, a room filled with photos of worldwide travels and fishing expeditions, and talked about the house and his life there.

Over the years, he also wrote letters to this reporter, telling anecdotes about Waynesville when the 20th century was young, when that house was still on the outskirts of a tiny town, before there was such a thing as Russ Avenue or franchised fast-food restaurants.

Now that the house lies in splinters, it’s worth retelling part of that story, an obituary of sorts to mark the demise of a fine old structure.

Dick’s father, R.N. Barber Sr., moved his family to the house just north of Waynesville in 1910. The senior Barber had purchased land in Haywood County in the 1890s, while working as a salesman for hardware factories. He turned that land into Barber’s Orchard, but chose to set up residence about six miles away, outside Waynesville, where the family also set out a smaller orchard.

As the house was being built, the family stayed in the Kenmore Hotel in Waynesville. Dick Jr. could remember visiting the future home place, walking along as his mother pushed his sister, Mary, up the little hill in a baby carriage.

The telephone line extended to the Barber house, which was no. 27 on the exchange, Dick Jr. said. It was the last phone on the system for a while.

“The result was, people on the way to town for business or medical reasons would stop here because we had a telephone, and particularly if it was medical, people would call and have the doctors ready,” Barber said in a 1998 interview.

He remembered people calling Dr. J. Howell Way or Dr. Hector McFadyen, to let the doctors know they were bringing in a patient. Often those patients were people who had been kicked by a horse or run over by a wagon.

“It was not uncommon for them to knock on the door of this house any time night or day to find out the closest doctor or see which was one available,” he said.

Because her husband was often away on business, Dick’s mother “always met them at the door with a flashlight in one hand and a .38 pistol in the other one,” he said.

Below the house was a spring, which is now piped out from under the Garrett-Hillcrest Memorial Garden office. A century ago, that spring served as a watering place for horses and as a regular stop for Native American women coming to town to market their baskets, Dick Jr. said.

The Cherokee women would travel on foot, carrying their baskets in sheets, and stop at the spring to stay the night and get drinking water. Dick’s mother, Eva Bell Barber, often traded aluminum cooking utensils for their baskets.

The lightweight aluminum was ideal for the women who would have to carry their goods home on their backs over Soco Mountain. Mrs. Barber took pride in the baskets, and the Barber family used them to store about everything, from hair baubles to produce.

The home place also offered spiritual roots for the community. Dick Jr.’s mother began hosting a Baptist Sunday school class on the property in the early 1920s. That class was the origin of Barberville Baptist Church, formally founded in 1925.

Though he retired at age 73, Dick Jr. continued tending the apple trees around his home, often carrying apples to those who were ill and homebound. He did make a few concessions to advancing age, having someone help with pruning and spraying once he was in his late 80s.

Dick’s father and mother began growing the roses that once lined the road now known as Russ Avenue, below the house. His mother tended the rosebushes until she was 92 — her son later took care of them until he reached that age and beyond. Dick Jr. considered the flowers a gift to those who traveled Russ Avenue.

“Roses are an expression of yourself,” he said. “It’s like telling everybody that you’re wishing them well as they go on through their journey and as they go by. It’s like a waving.”

Dick Jr. also took his roses to the Cataloochee Reunion each year for many years, filling each window of Palmer’s Chapel with jars of roses, adorning the picnic tables for dinner on the grounds. After Dick Jr. died in 2002, his friend, long-time Ingles manager Jeff Henderson, continued bringing roses to Cataloochee in Dick’s memory, though they were no longer grown along Russ Avenue.

Dick Jr. brought his bride, Elizabeth Norman Barber, to the house — his father moved to a home on Love Lane. Dick Jr. took over management of his family orchard when he was 23 years of age, in 1929, the year of the great Stock Market crash. He weathered the Great Depression and many years of losses, modernizing the orchard and pioneering marketing techniques When he sold the orchard in 1979, he had expanded the operation from 120 to 400 acres, making it the largest privately owned apple farm in the U.S. east of the Mississippi.

Today the Barber home site is owned by Ingles Markets and has at times been posted for sale. While the house is gone, the heritage of a home where apples were grown for neighbors in need and roses bloomed as a friendly “hello” to Russ Avenue travelers still thrives as long as it is not forgotten.