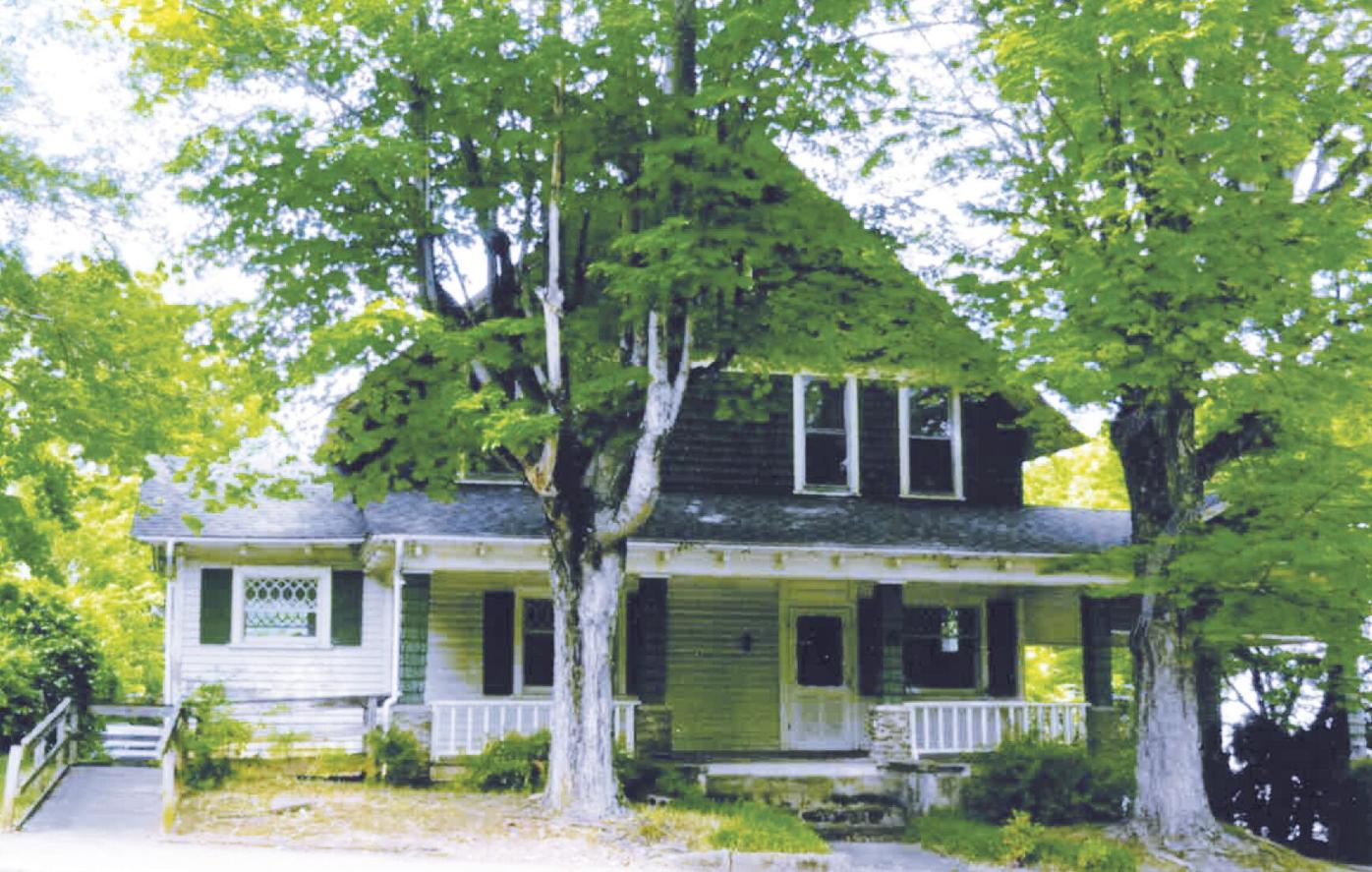 BUSHNELL-KETNER HOUSE — Austin Lee and his wife, Tina, are renovating this historic house at 73 Walnut St. in Waynesville. It was built in 1915. 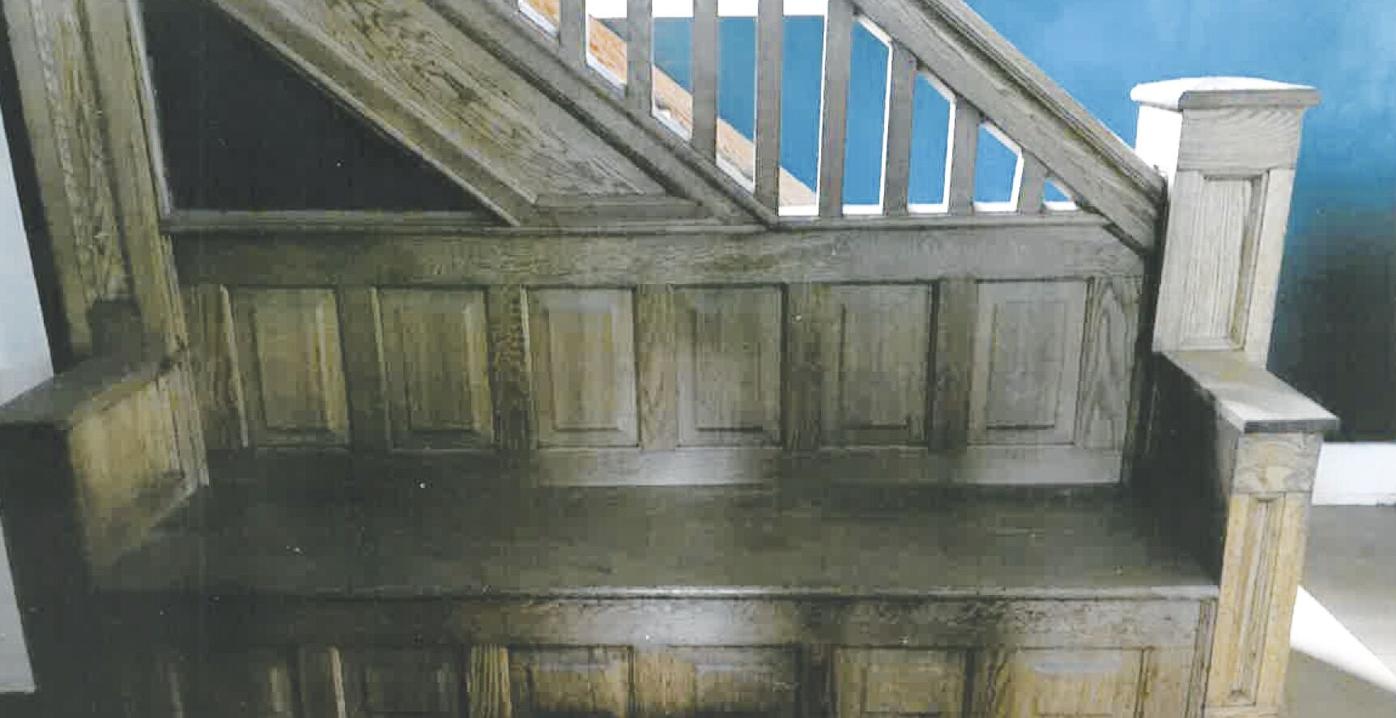 PRESERVED — The historic features in this staircase and bench were preserved during renovation at 53 Walnut St. in Waynesville. 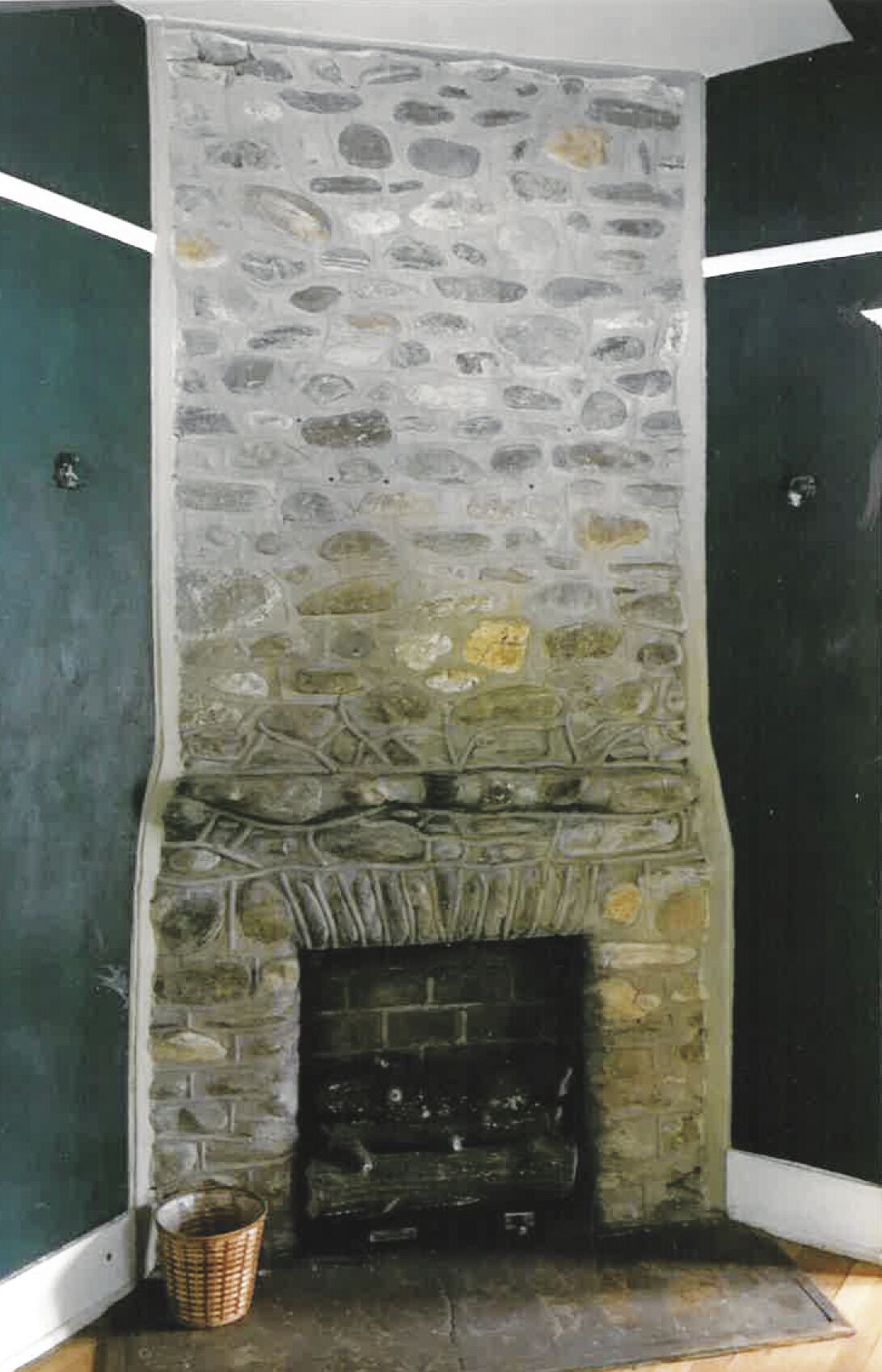 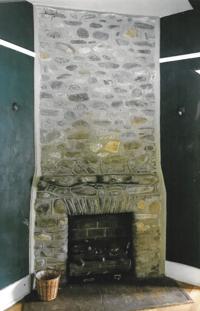 THREE-STORY FIREPLACE — This river-stone fireplace extends through three floors at the historic home at 53 Walnut St. in Waynesville. 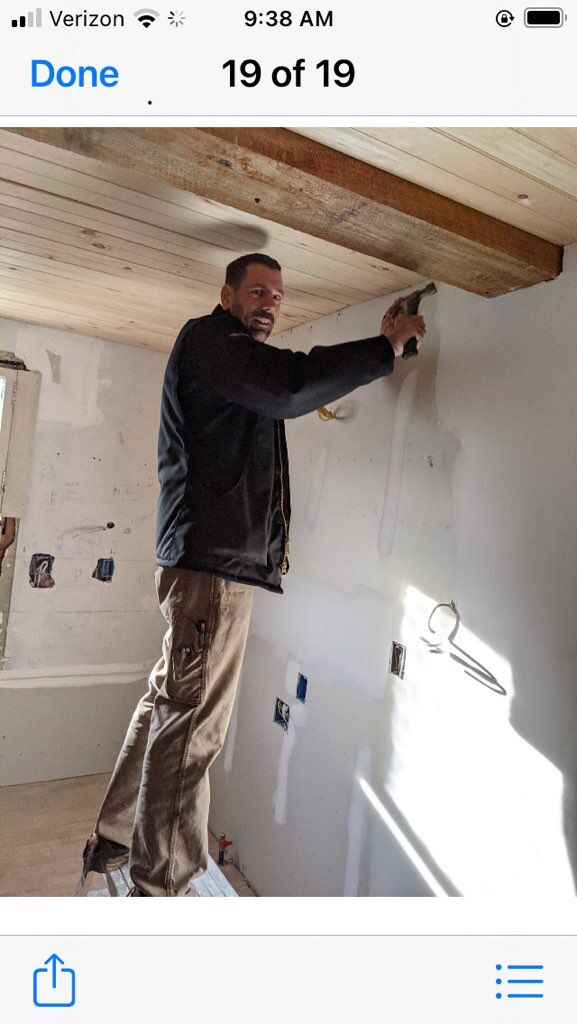 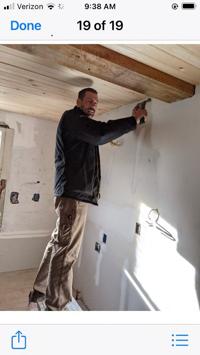 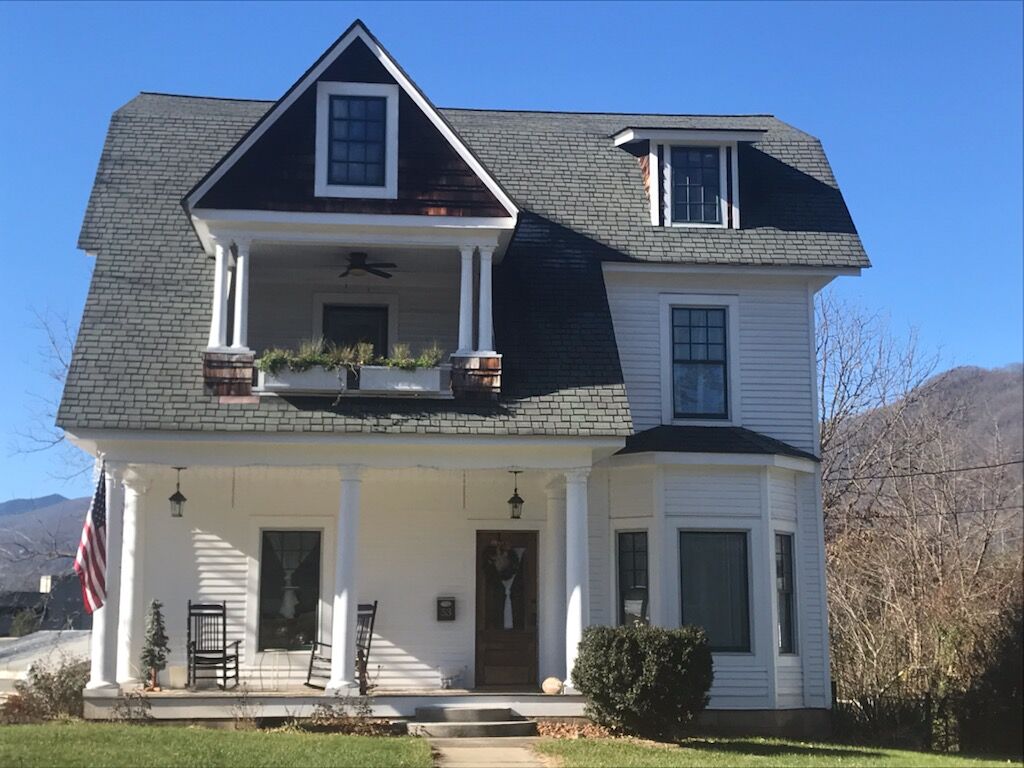 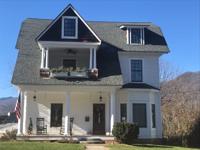 LANDMARK — This home at 53 Walnut St. has just been designated as an historic landmark. 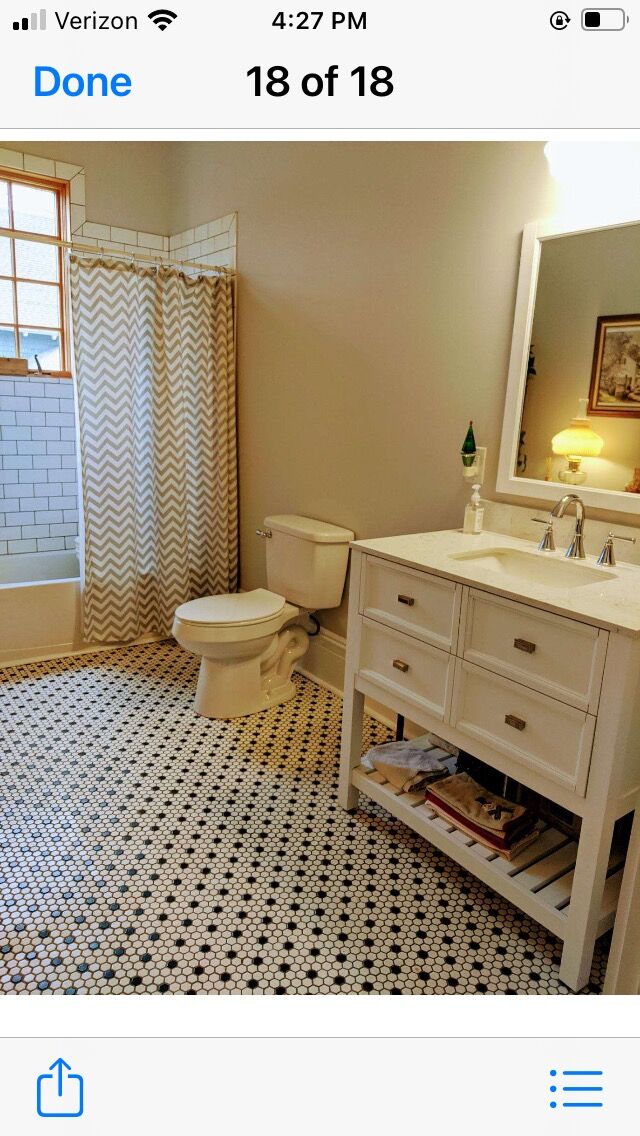 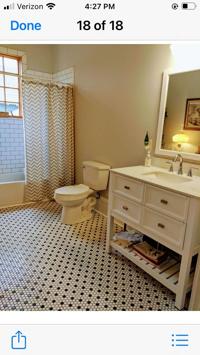 MODERN TOUCH — The historic home at 53 Walnut St. in Waynesville is historically restored but has modern heat and plumbing. 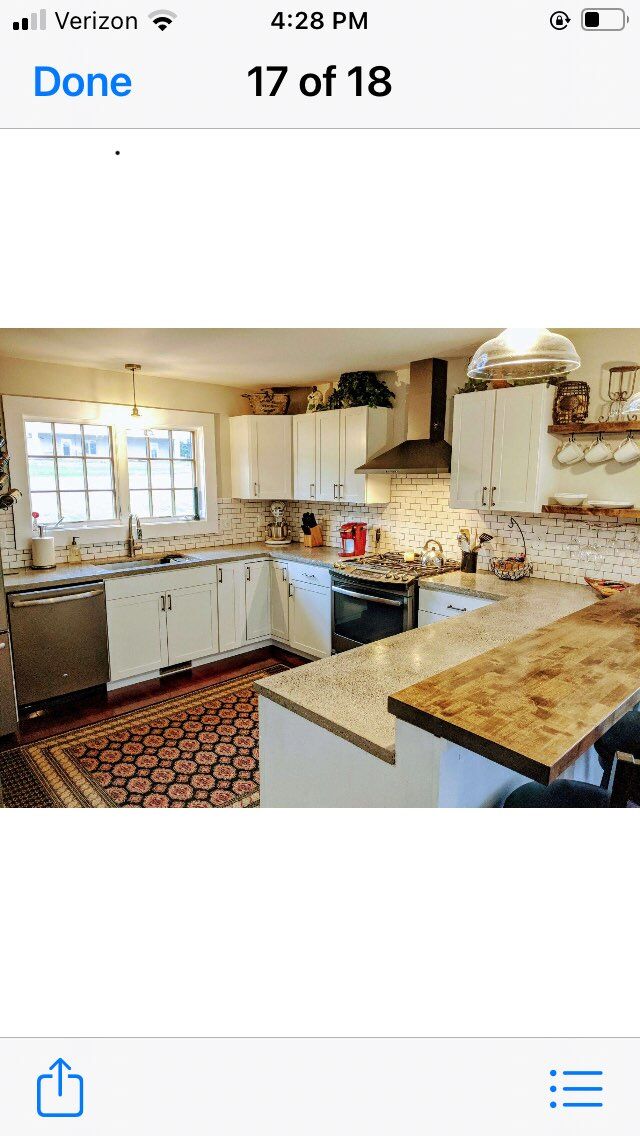 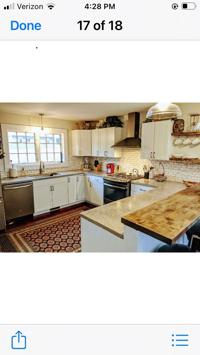 KITCHEN — The kitchen in the home at 53 Walnut St. in Waynesville has been restored with an eye for historic detail.

BUSHNELL-KETNER HOUSE — Austin Lee and his wife, Tina, are renovating this historic house at 73 Walnut St. in Waynesville. It was built in 1915.

PRESERVED — The historic features in this staircase and bench were preserved during renovation at 53 Walnut St. in Waynesville.

THREE-STORY FIREPLACE — This river-stone fireplace extends through three floors at the historic home at 53 Walnut St. in Waynesville.

LANDMARK — This home at 53 Walnut St. has just been designated as an historic landmark.

MODERN TOUCH — The historic home at 53 Walnut St. in Waynesville is historically restored but has modern heat and plumbing.

KITCHEN — The kitchen in the home at 53 Walnut St. in Waynesville has been restored with an eye for historic detail.

On Dec. 8, the Waynesville Board of Aldermen designated the house at 53 Walnut St., a Dutch colonial revival-style house, as a Local Historic Landmark.

The house is the oldest of several houses that lined this particular portion of Walnut Street, which served as the gateway into Waynesville from the north.

Conferring this landmark status testifies to the integrity and distinctiveness of the home’s architectural features and the significant historic value of this building, built sometime between 1906 and 1909 and now owned by Austin and Tina Lee of Waynesville.

It joins 14 other local historic landmarks that have been so honored by the town since 1995 — part of the town’s efforts to preserve such outstanding structures as tangible links to our collective heritage for today and into the future.

Lee purchased the property as a home for his family in 2015. The house is known as the Charles U. Miller House and is part of the residential Spread Out District, which is listed on the National Register of Historic Places.

Miller was the son of Confederate veteran W. E. Miller, who walked to Waynesville on crutches at the end of the Civil War. Miller, who owned the brick yard in town, purchased this lot from the trustees of the Presbyterian Church on April 13, 1906, for $650.

Lee said he worked diligently to retain and preserve the true character of the property. It was his goal to make minimal changes to the home’s distinctive building materials, wonderful architectural features and spaces even as he updated its interior.

His approach to redoing the plumbing and electrical updates took into account the original beams and framing of the house. The doors, stairwell and flooring, all original to the house, were restored.

Once work was completed, Lee applied to the town’s Historic Preservation Commission for consideration as a Local Historic Landmark. All his work paid off.

To obtain a Local Landmark Designation, the structure must not only be historically significant, but it must retain its external integrity — looking in large part like the house when Charles and his wife, Mary, enjoyed it as their home.

Generally, a property retains its integrity if it has not been substantially altered and if it is not severely deteriorated or dilapidated.

The Commission reviewed both the architectural and historical significance of Lee’s property and submitted a report of their findings to the State Historic Preservation Office for non-binding comments. After a public hearing was held on the proposed landmark status and on the recommendation of the Commission, the town board adopted the ordinance designating Lee’s house as a Local Historic Landmark.

Now Lee may apply for an annual 50% property tax deferral for as long as the property’s important historical features are retained. To help preserve such designated landmarks, the Historic Preservation Commission, as part of the permitting process, will review any future alterations to the exterior of the house, which might affect its integrity.

The Commission provides design standards and technical information to assist owners, such as the Lees, to use best preservation practices as they repair, maintain and update or add to their historic property. Such significant historic structures can be identified by a sign posted on the property stating that it is a local historic landmark.

Lee recently purchased the house at 73 Walnut St., which is a 1910, imposing two-story Craftsman-influenced house that rests on a river rock foundation and is known as the Bushnell-Ketner House.

Samuel Bushnell was a partner in Blackwell-Bushnell Wholesale Grocery in the 1920s and in the 1930s formed a farmer’s exchange with Honeycutt and Ketner.

Once again, Austin is carefully working to preserve the significant architectural features of the building. He has kept the original windows with the wavy glass. The house now has all new plumbing and the electrical has been updated. It is Lee’s goal to sell the house as residential property as he wants to see the Spread Out District remain predominantly residential rather than business.

If the Historic Preservation Commission feels the property is worthy of Local Landmark status, the town attorney will draft an ordinance designating the landmark, a public hearing will be held, and the commission will recommend to the town that they adopt the proposed ordinance.

The landmarking process is just one means by which the Historic Preservation Commission serves the residents of Waynesville as we all work together to protect and preserve local significant historic resources.

Preserving historic buildings, districts and sites plays an important role in promoting the character and identity of Waynesville, contributing to community stability, and increasing the town’s quality of life and economic vitality.