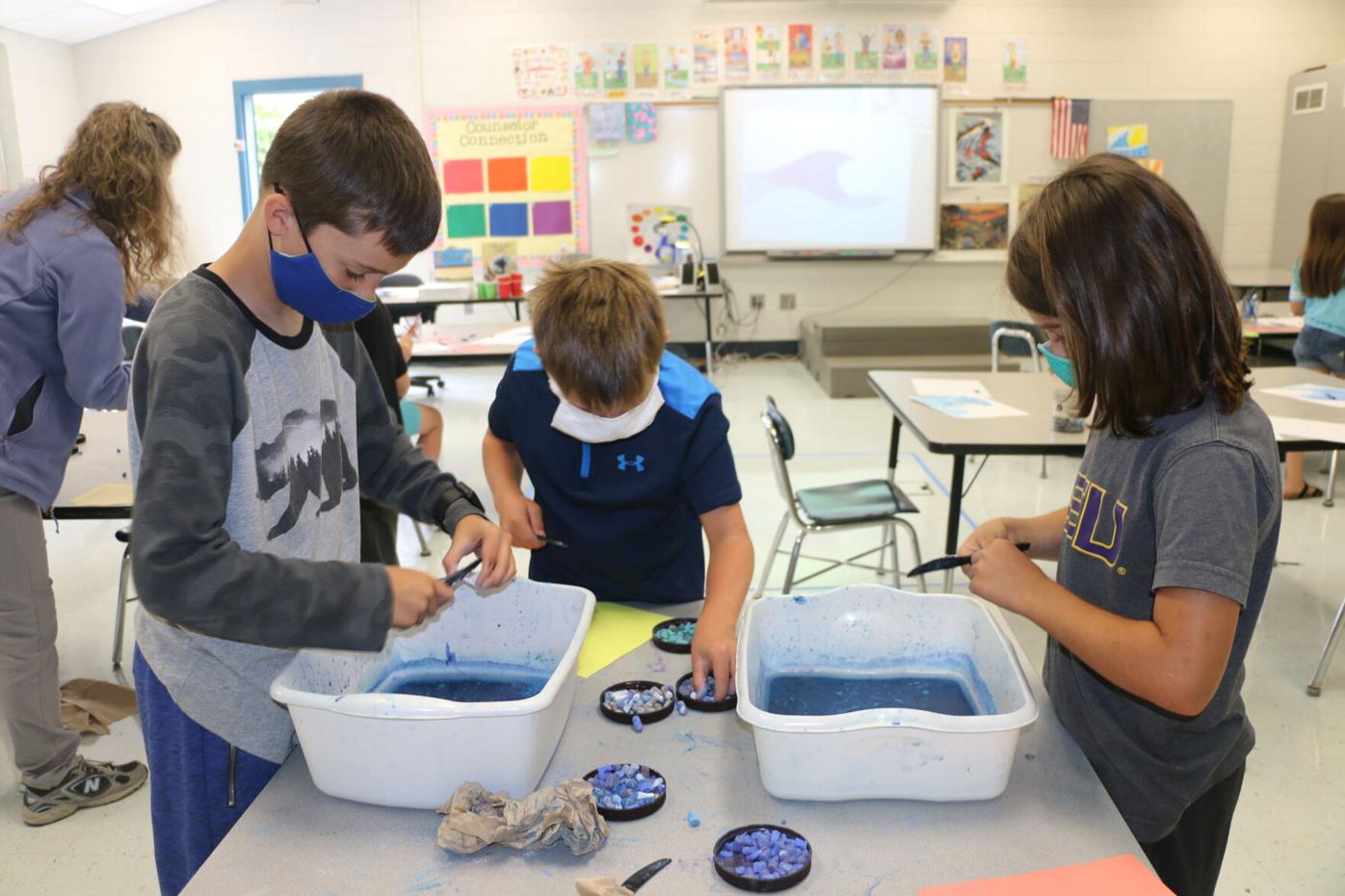 MAKING WAVES — An art class on whale research ended up with a wave-making project. Above are Niem McCoy, Bentley Stiles and Levi Davis. 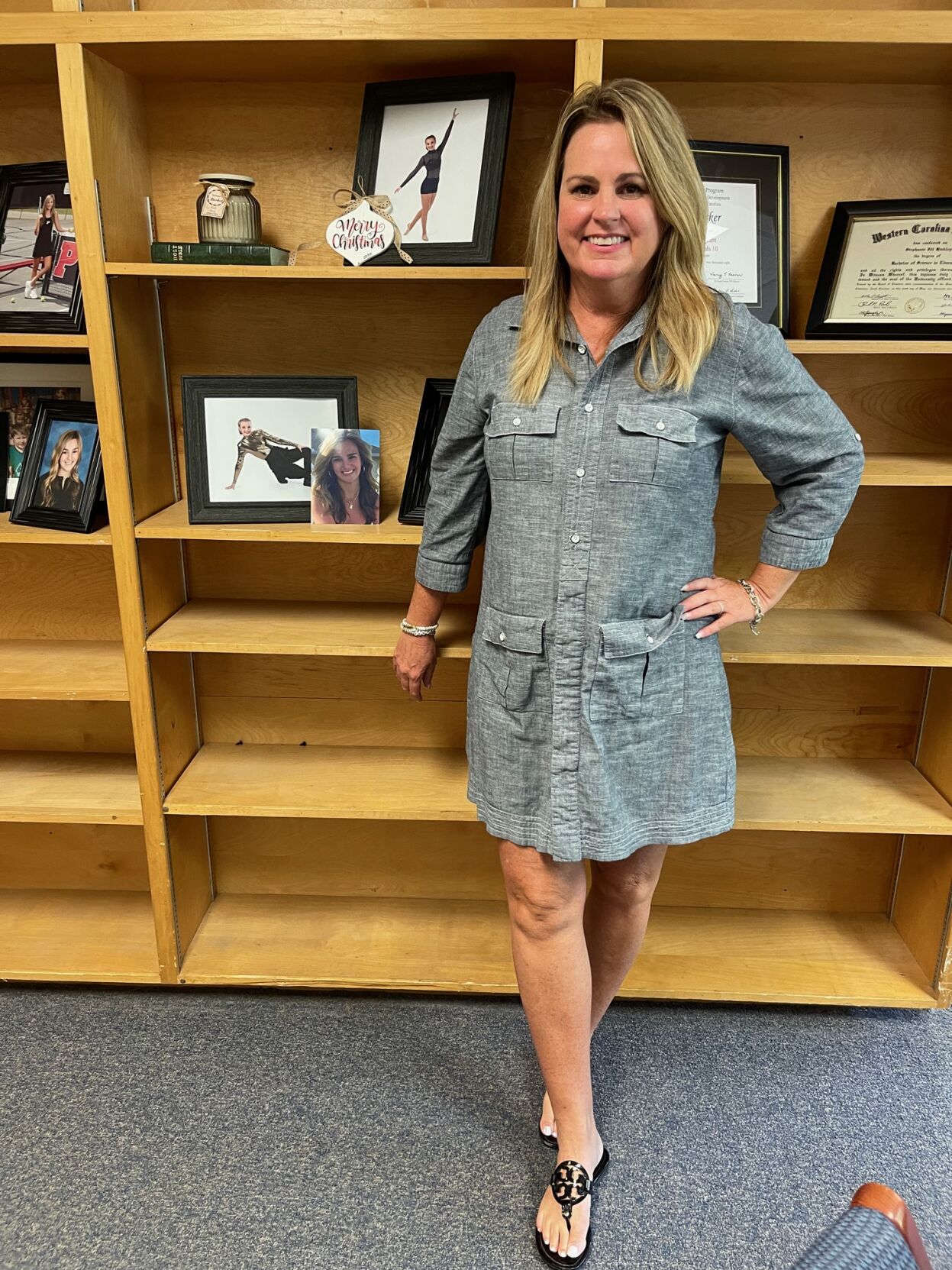 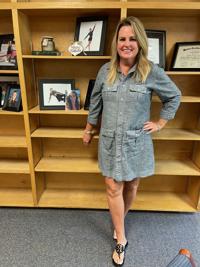 The academic successes on the heels of a particularly tough year make Associate Superintendent Jill Barker beyond proud. 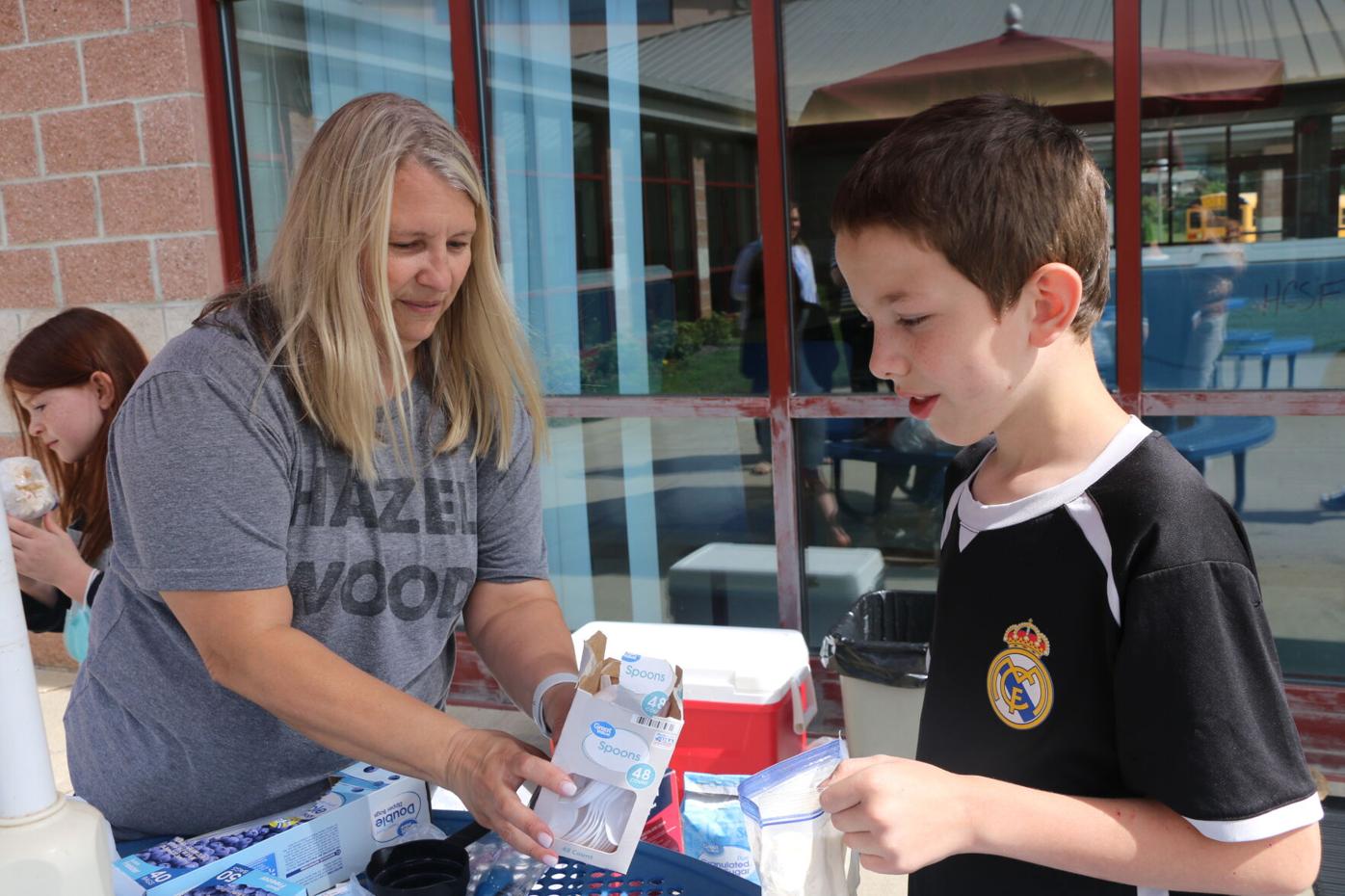 HAVING FUN — Teacher Angela Ray has a spoon ready so Hunter Franklin can eat the ice cream he made. The fun project was the reward of learning about sequencing. 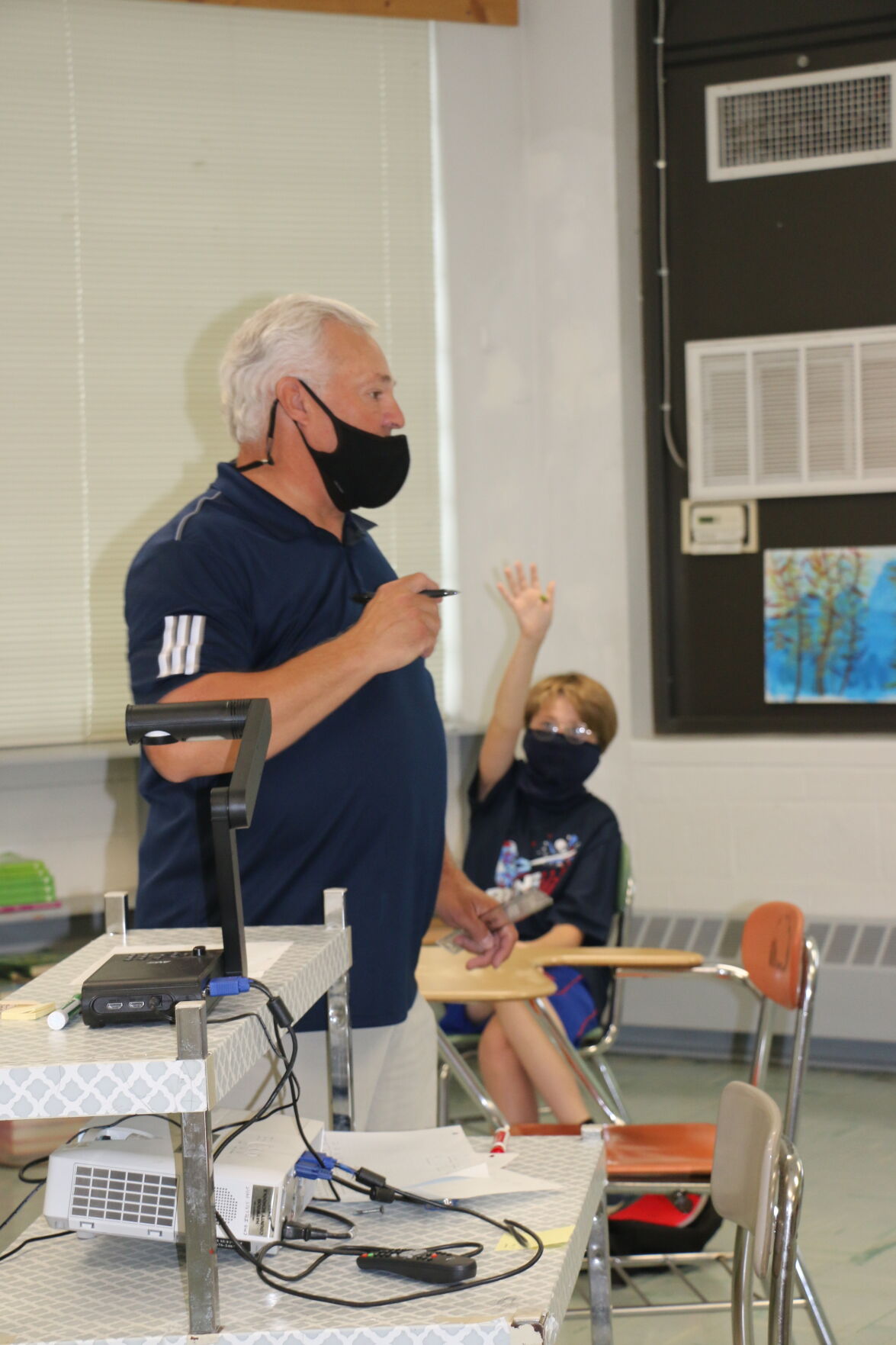 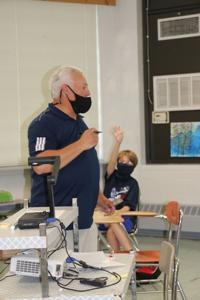 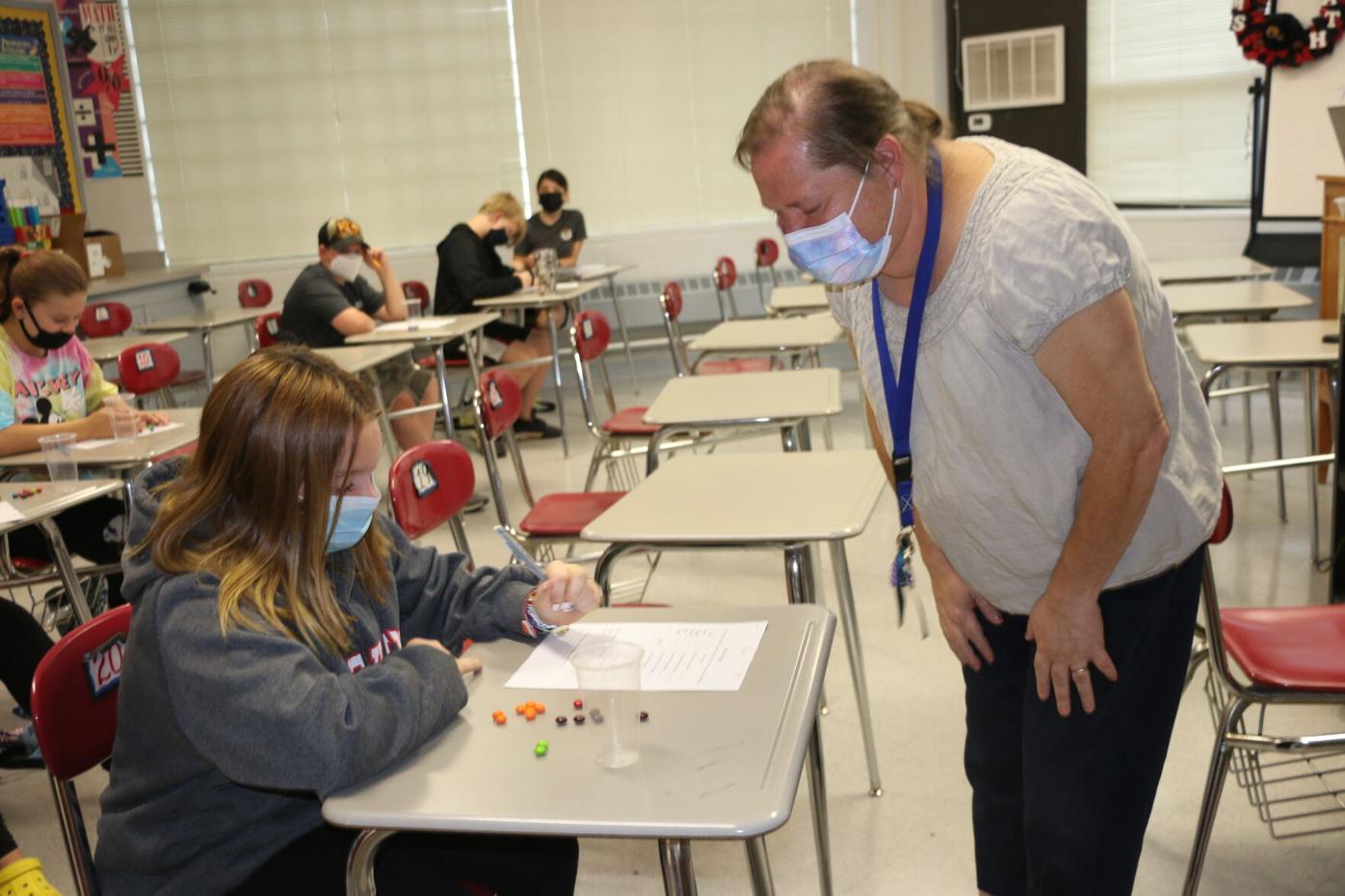 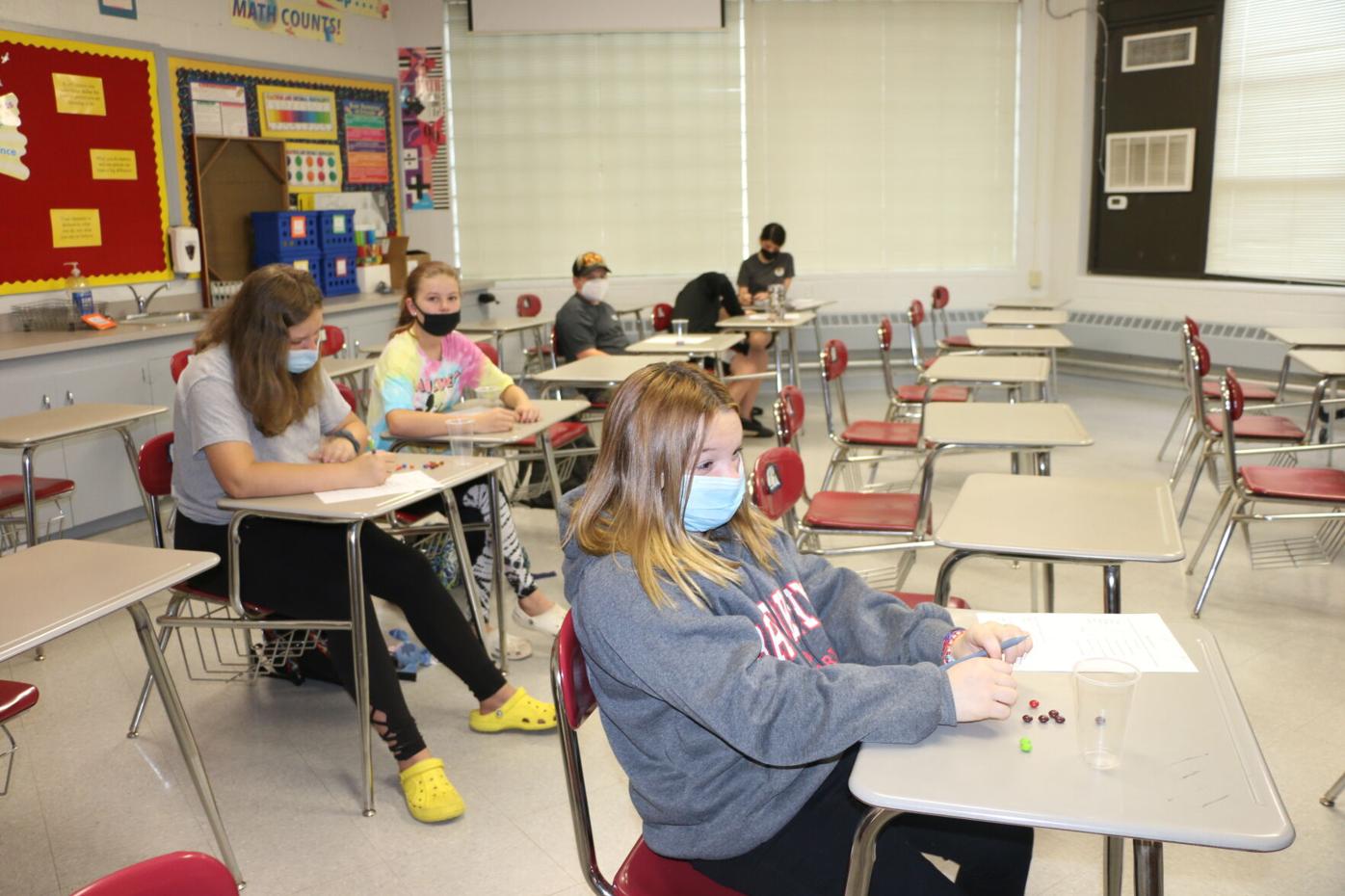 MAKING WAVES — An art class on whale research ended up with a wave-making project. Above are Niem McCoy, Bentley Stiles and Levi Davis.

The academic successes on the heels of a particularly tough year make Associate Superintendent Jill Barker beyond proud.

HAVING FUN — Teacher Angela Ray has a spoon ready so Hunter Franklin can eat the ice cream he made. The fun project was the reward of learning about sequencing.

When statewide school performance test scores were released this month, school leaders learned Haywood County Schools ranked 10th out of 115 school districts, putting the district in the top 9% in the state.

“We are very, very proud,” said Jill Barker, assistant superintendent. “It’s the highest we’ve ever been.”

Because of the pandemic, schools across the state weren’t allowed to offer in-person learning after March 20, 2020, at which point Haywood quickly pivoted to remote learning. No testing was done that spring.

Statewide, only 45.4% of K-12 students passed end-of-grade, end-of course tests. In Haywood, that percentage was 56.3%, but still represented an 8% drop from the previous year.

Barker said getting students back into the classroom as soon as possible, as well as the district’s ability to quickly pivot when change was afoot were major factors in the district’s high state ranking.

“From a curriculum standpoint, decisions made to get students back in front of teachers were critical,” Barker said. “We didn’t go hide in a corner. We got devices to students quickly, and when we could return to in-person classes, we did. We continued to provide coaching and professional development to teachers just as if COVID wasn’t here.”

While remote learning worked well for some students, it largely depended on a lot of factors at home, including WiFi availability, she added.

When classes began in the fall of 2020, 25% of the students opted for remote learning, meaning that August 2021 was the first time students across the 15 elementary, middle and high schools in the Haywood County School system returned to class.

What the results showed

At almost every step in the student performance assessments, Haywood schools had stellar marks.

In addition to the overall ranking, school districts in the state were ranked according to grade level and subject. To see full statewide results, visit the N.C. Department of Public Instruction’s website.

Barker said this year’s successes were all the more heartening considering what the school system has been through. Beyond the pandemic experienced by schools across the state, Haywood had to work through a ransomware attack that was beyond challenging, endure the effects of a fire beneath the Russ Avenue bridge that disrupted internet access for days, get through the tragedies of losing a beloved student, as well as a revered teacher and coach.

Then there was the flood that displaced students at Central Haywood High School and impacted at least 180 staff members and students.

“We had a lot of tough events,” Barker said. “I’m just so proud to be from here and to be a part of this school system. Hats off to our teachers who have been on the front lines and had to adapt and change. To have the academic success we have had speaks to how resilient we are.”

Though nearly 60% of Haywood students passed the 2020-21 tests, that left over a third who didn’t. School leaders knew students would struggle from the months of remote learning and disrupted academic year, and made plans in November 2020 to expand summer school options.

The district has previously offered summer courses for those struggling to make grade level, but not on the scale of this summer.

Original plans called for securing a grant to fund the program, but the state required a larger program with specific parameters and also provided funding. This opened the program well beyond what was available in past years.

This year, about 600 students participated in programs that ran from 8 a.m. to 12:30 p.m. weekdays throughout the summer, Barker said.

“We remediated reading, math and science and in high schools, we did credit recovery,” Barker explained. “If someone hadn’t passed a course they needed to graduate, we used an online program to help them gain proficiency and credits. Or if they hadn’t passed a course, they could recover credits to get them back on track for graduation.”

While any gains from summer courses weren’t reflected in this year’s performance testing, the fact students lagging behind had a chance to get caught up should make this year easier for them, plus make a difference in next year’s tests, Barker said.

Barker said all that the Haywood Schools personnel and students have gone through during the past year and a half makes the successes all the sweeter.

It’s something that brings tears to her eyes and actually caused her to choke up as she was presenting the results during a recent school board work session.

During a visit from the Department of Public Instruction’s Julie Pitman, who is a special advisor to the state superintendent, Barker said she was touched by her remarks.

“What really struck her was the dichotomy of so many challenge versus the continued academic successes. ‘That’s it,’ she told us. ‘That’s the story of Haywood County. I’ve been here twice, and you’ve had a lot of trials, but the academic success is still here.’”

After classes disrupted due to COVID-19, the N.C. General Assembly passed legislation that did away with assigning letter grades to schools, issuing school report cards and singling out low-performing schools for the 2020-21 school year.

The N.C. Department of Public Instruction has also cautioned against comparing the latest scores to those in the 2018-19 school year, though these scores were included in the data as a reference point.

“Districts and schools operated various instructional schedules, and the assessments were administered during a much wider time frame than typical,” a statement on the DPI website reads. “These two factors prohibit comparisons.”