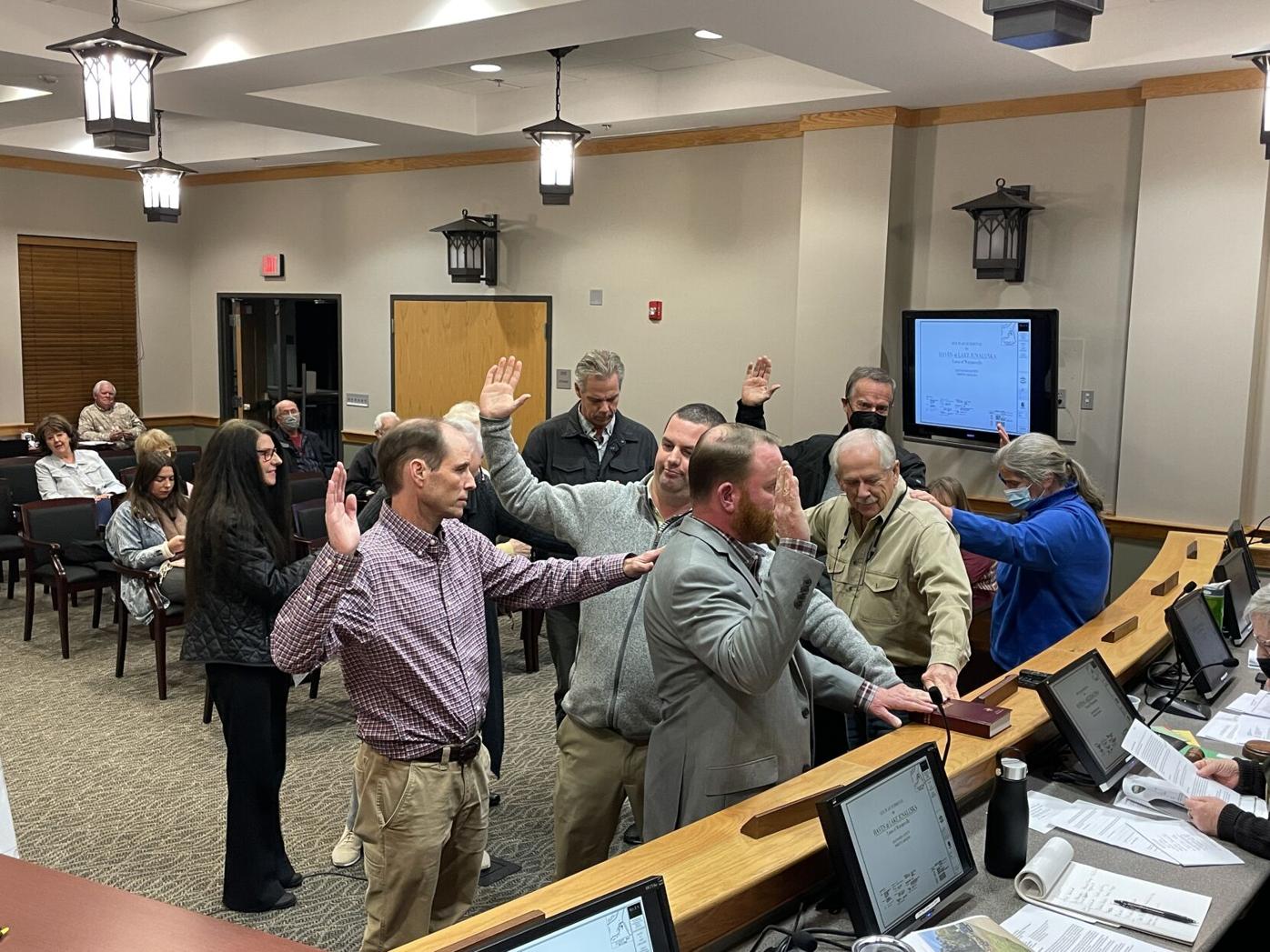 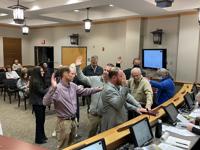 SWEARING IN — Members of the public along with developers for an apartment project are sworn in at the beginning of a public hearing before the Waynesville Planning Board. Anyone who couldn’t reach the Bible had to touch someone else who was touching the Bible. 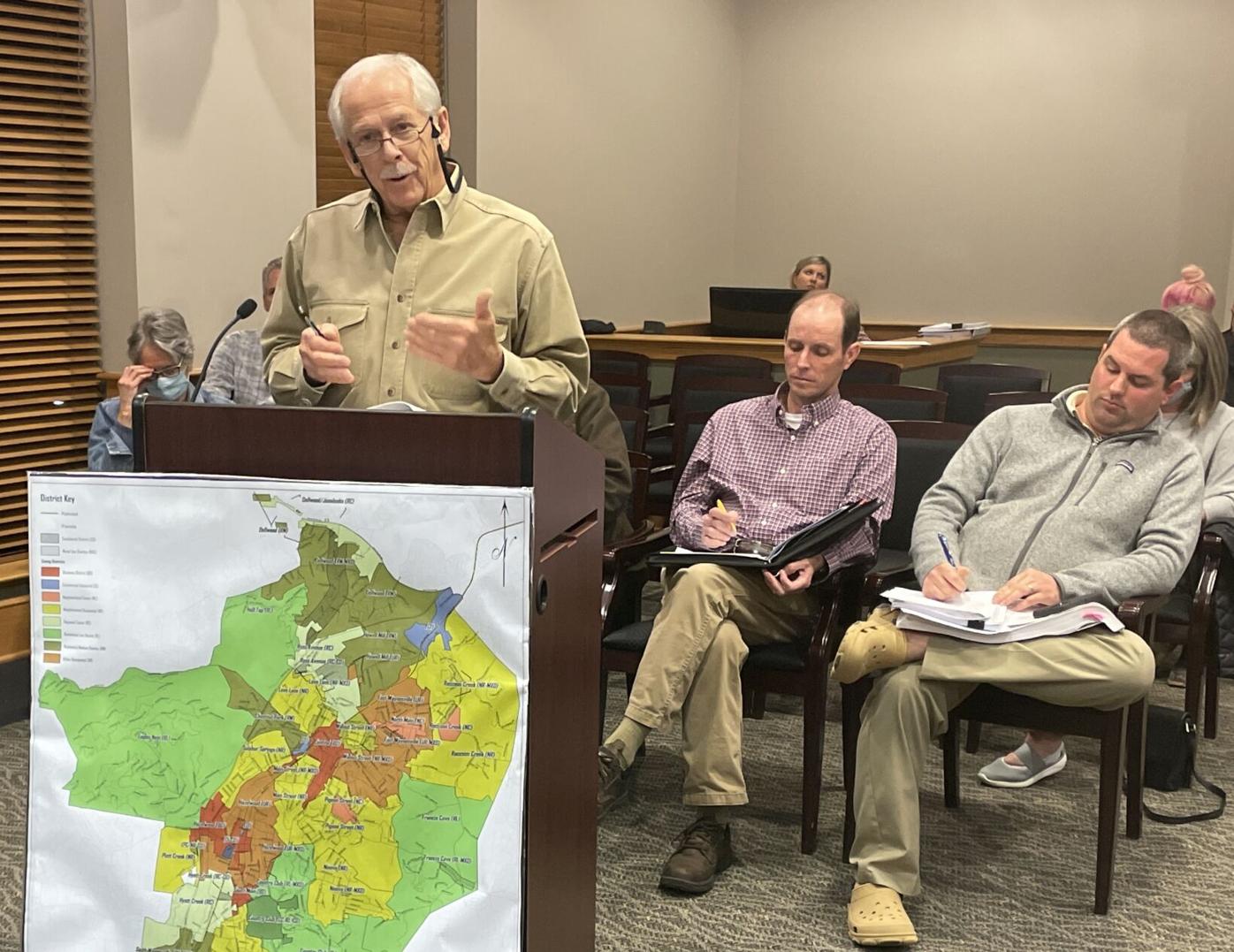 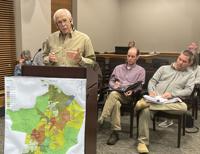 JUST SAY NO — Alan Shelton, who lives beside the proposed apartment site, urged the planning board to deny the project. 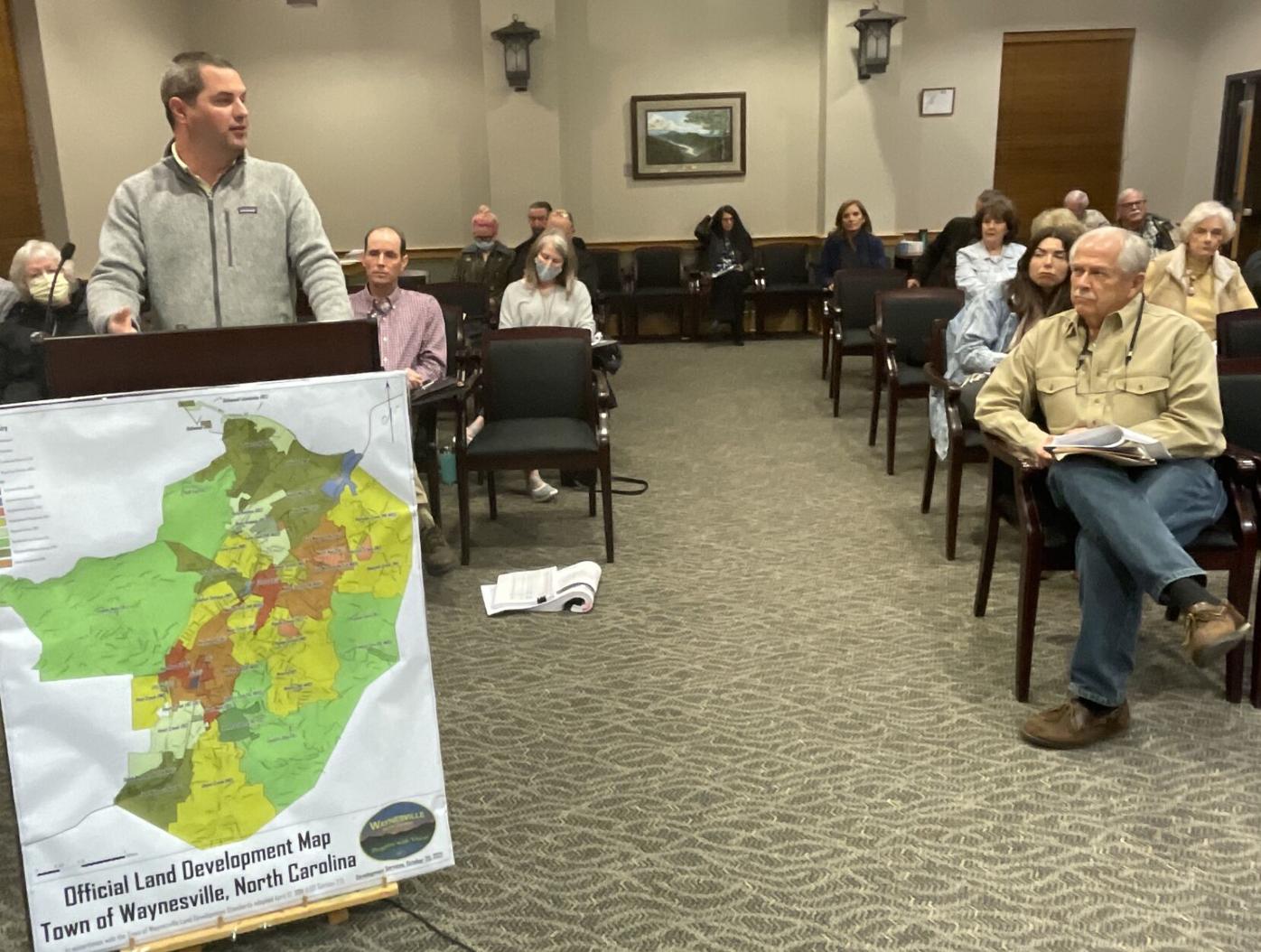 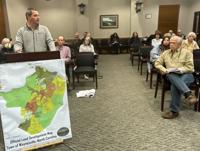 MAKING A CASE — Despite opposition over unprecedented growth and development, William Ratchford of Southwood Reality says a new 150-unit apartment complex off the Old Asheville Highway in Waynesville will help alleviate a severe housing shortage in Haywood County. 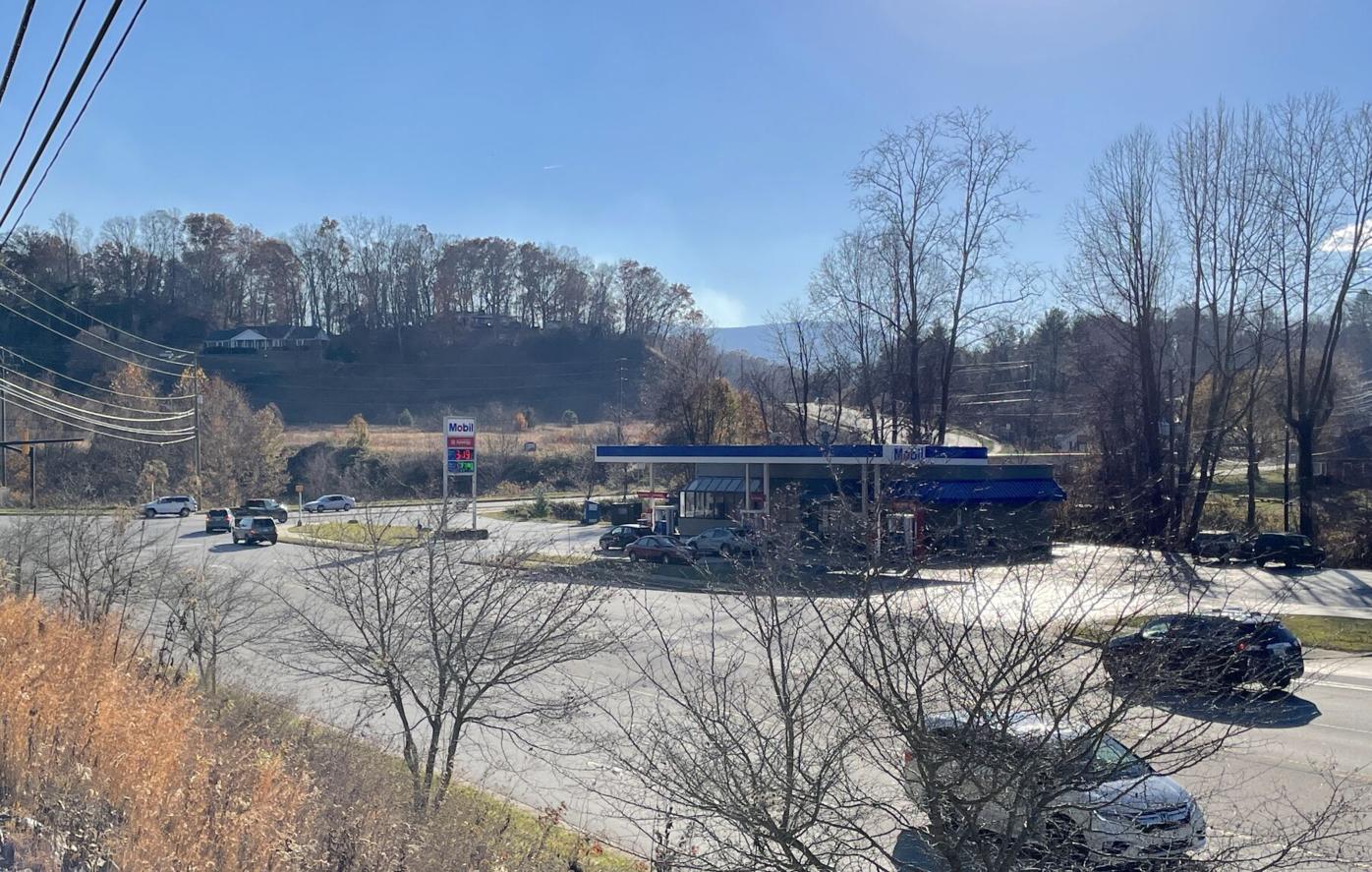 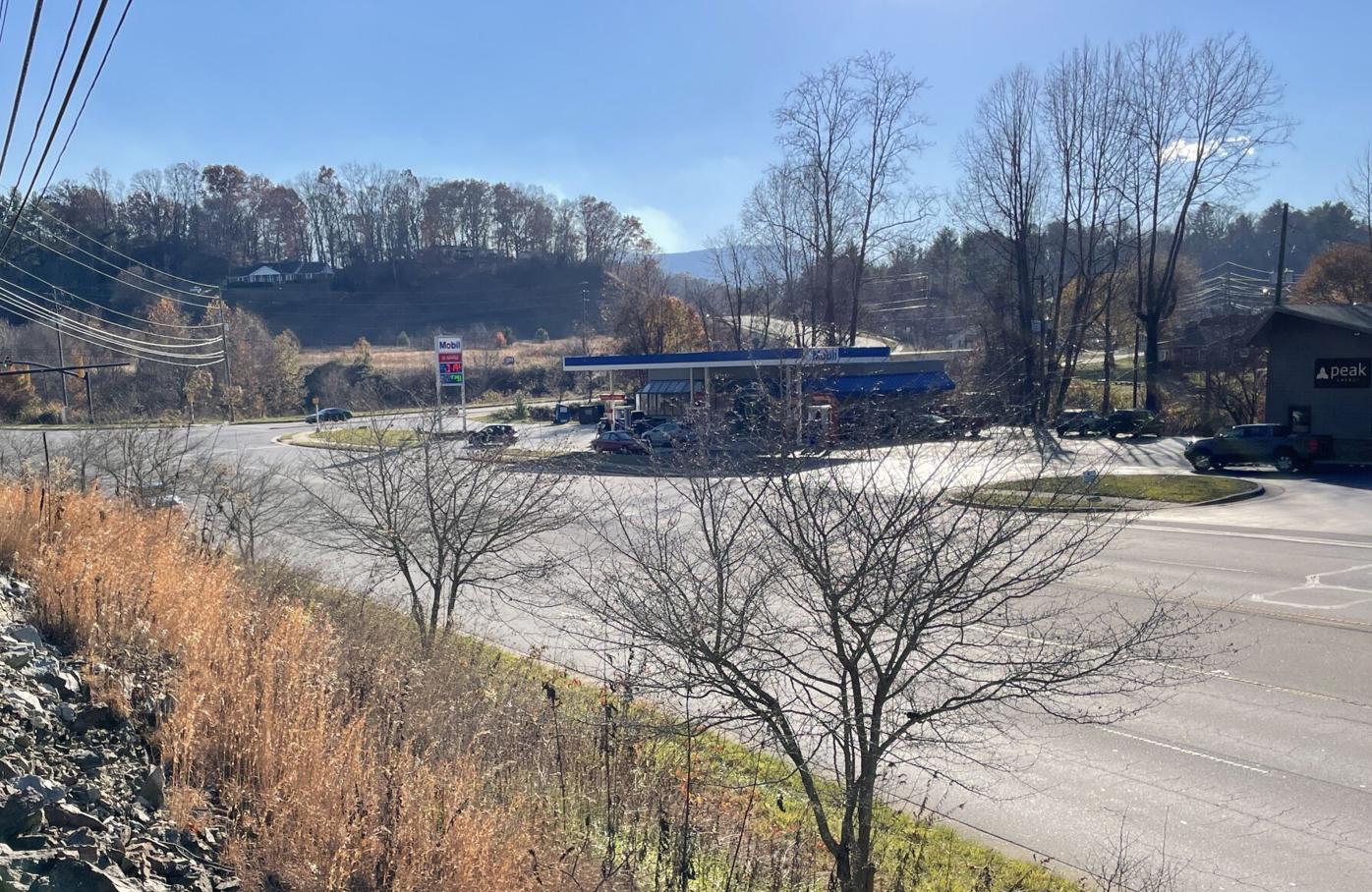 SWEARING IN — Members of the public along with developers for an apartment project are sworn in at the beginning of a public hearing before the Waynesville Planning Board. Anyone who couldn’t reach the Bible had to touch someone else who was touching the Bible.

JUST SAY NO — Alan Shelton, who lives beside the proposed apartment site, urged the planning board to deny the project.

MAKING A CASE — Despite opposition over unprecedented growth and development, William Ratchford of Southwood Reality says a new 150-unit apartment complex off the Old Asheville Highway in Waynesville will help alleviate a severe housing shortage in Haywood County.

The ongoing clash over growth in Waynesville played out yet again this week over a new 150-unit apartment complex coming to a vacant 10-acre tract on the Old Asheville Highway.

Concerns that unprecedented growth in Waynesville will ruin its small town character were pitted against the stark realities of a housing shortage. And once again, Waynesville’s planning board found itself in the hot seat as both judge and jury.

“You people should not let someone from out of town come in here and do whatever they want,” said Barbara Henry, who spoke at a public hearing on the project Monday. “Because we are ruining our little town. We don’t want it like Asheville. But it’s beginning to look like that.”

Meanwhile, however, finding a rental has become nearly impossible, due partly to Waynesville’s desirable quality of life and partly to overflow from the even tighter housing market in Asheville.

“You have a severe shortage of housing in Western North Carolina right now, and it is not getting better,” said William Ratchford with Southwood Realty, the Gastonia-based development firm for the project.

Not wanting to be like Asheville was a recurring theme among those who spoke at the public hearing. Alan Shelton, a Haywood County native who lives in a neighborhood adjoining the project, pointed to the motto for the town’s land-use plan.

“It says ‘plan with purpose.’ I don’t know what your purpose is. I hope it’s not to be like Asheville,” Shelton said.

The latest apartment project would bring the number of new housing units in Waynesville to 780 over a three-year period. That number only includes major developments like apartments, townhomes, duplexes and new subdivisions — and doesn’t count the steady pace of construction of single homes being built on almost every available in-town lot.

Sherry Morgan, a speaker at the hearing, questioned whether Waynesville is ready for the influx that’s coming with so many units in the pipeline.

“We can hardly get into our restaurants without a lengthy wait. And now we’re having to wait at the gas pumps,” Morgan said. “Are we ready for 1,500 to 3,000 more people?”

How much is too much?

The latest growth trend differs from the building boom of the 2000s, which was driven largely by second-home owners and retirees building their dream homes on mountainsides. The landscape has now shifted, with demand for convenient in-town living driven by a younger demographic.

“Waynesville is a special place,” said Terry Clark, who moved here recently from a small town that had gotten too big. “You don’t have to look very far for examples to see how things can go negatively.”

But people are going to move here anyway, said Tom Jones, an engineer for the apartment developer.

“It would be nice to be the last one in and close the door behind us. But there’s people who want to be here,” Jones said.

Building 150 housing units on 10 acres is better than 150 individual homes, which would have a far bigger footprint, he said.

“I think this density is a good thing. People can live in a place they want to be without so much sprawl and development. To me that’s a benefit to the town,” Jones said.

But Clark said too much rental housing can erode the sense of community.

“I don’t want to paint every apartment renter with a broad brush, but you want citizens who are invested in the community,” he said. “This will be an eyesore and detriment to the community. Not a benefit.”

“Are your children going to be ready to buy a house straight out of college? Not everybody can buy a house,” he said. “It also allows somebody to get to know your town before moving in.”

The price point will range from $1,300 for a one-bedroom to the upper $1,700s for a three bedroom. That mirrors the rates for the Palisades at Plott Creek.

Those units filled quickly as they came online over the first half of the year and have stayed full despite the pricey rent — reflective of just how high the demand is for rental units. The Palisades were fully occupied within a few months of opening.

“An apartment complex that size should take a full year to fill up,” Ratchford said. “But we have a waiting list that won’t get you in until February or March.”

The firm’s apartment complexes in Asheville are all full, as well, he noted.

Still, with so many new apartments already coming on line, Harry Lipham urged the planning board to take a more measured approach.

“I think the timing of this is very, very poor. After we see what effect these other developments are going to have, it might be OK to consider other apartments at that time,” said Lipham, who lives near the project site.

Community characterAfter listening to nearly two hours of comments from the public and the developers, the planning board began working through a checklist of criteria the project had to meet for approval.

The question facing the planning board was limited, however. It couldn’t say ‘no’ to apartments outright, because the town’s zoning allows apartments in almost anywhere in town

Instead, the question was how many apartments could be built on the 10-acre site — located at the intersection of the Old Asheville Highway and Howell Mill Road (not far past Lowe’s).

“We aren’t here to vote on apartments. The only thing we can vote on is the density,” explained Planning Board Chair Ginger Hain.

Zoning allows 10 units per acre outright. The project would be around 14 units per acre, which would require a special use permit and thus landed the developers before the planning board. Every other element of the town’s land-use plan had been met, from architectural design to landscaping.

“We designed the project to meet all of your zoning and rules,” said Jones. “We do believe it conforms to the character of the neighborhood.”

To garner approval for the higher density, the planning board had to determine whether the project conforms with the character of the community.

“I don’t think it does,” said Planning Board Member Don McGowan. “You have a residential neighborhood all around it.”

“I can’t imagine a better place for this than this spot,” Blackburn said.

The tract is directly across the street from Evergreen’s satellite factory, with heavy trucks and rail traffic coming and going, plus a gas station on the corner, and a high-speed five-lane road flanking the site.

“To me, this is providing a transition to the single family residential to the south to the Evergreen manufacturing to the north,” said Jones.

The site used to be zoned industrial. The tract had been on the market for more than 15 years as industrial property, but with no takers. The developers recently requested a zoning change to residential, which then paved the way for the apartment project.

While some planning board members felt fewer apartments would be better, the reality was unless the developers could do the full 150, they might pass on the project altogether.

“We typically build 1,000 to 1,200 units a year. If it’s not a feasible project, we move on to something else,” said Ratchford. The family owned, Gastonia-based firm has dozens of apartment complexes totaling 21,000 units across the Carolinas, including several in the greater Asheville area.

Still, the planning board was flummoxed over whether the higher density conformed with the character of the community, which has a neighborhood on one side but commercial and industrial uses on the other.

“The character of the neighborhood is mixed use. So do apartments fit in or not fit in? I’d say it fits it,” said Hain, who chairs the planning board.

The vote was ultimately 4-to-2, however, with the project narrowly passing.

Ratchford said his firm invested $26 million in the community with the construction of the Palisades at Plott Creek, estimating the final project has a worth of over $50 million — which is good for the town’s tax base.

The family owned company manages all of the projects it builds and doesn’t flip them.

“We are committed to the communities we locate in,” Ratchford said. “We are in it for the long haul. My family is involved in day-to-day operations every day.”