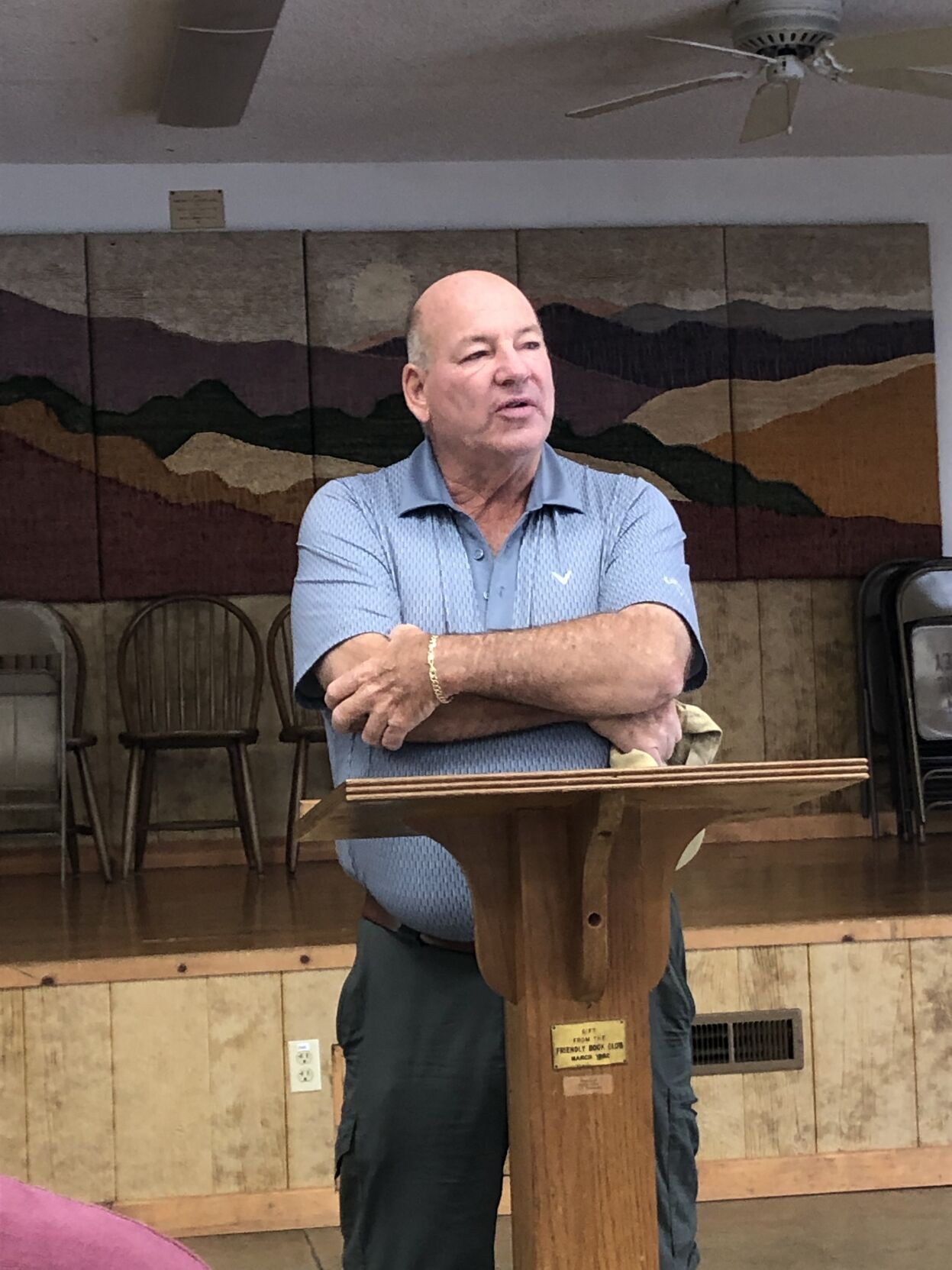 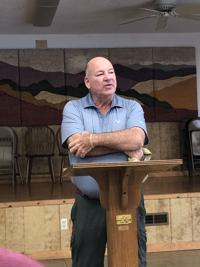 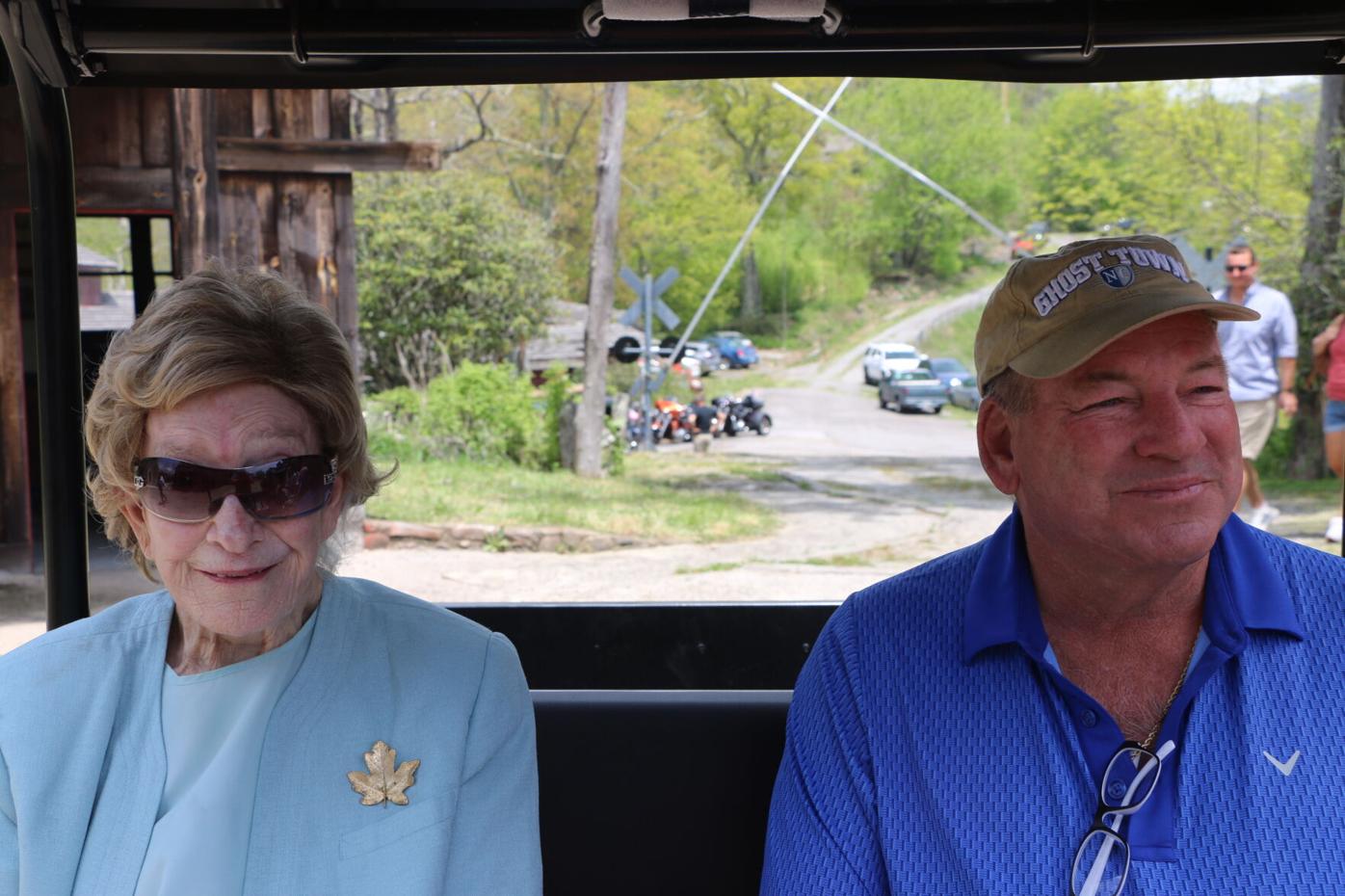 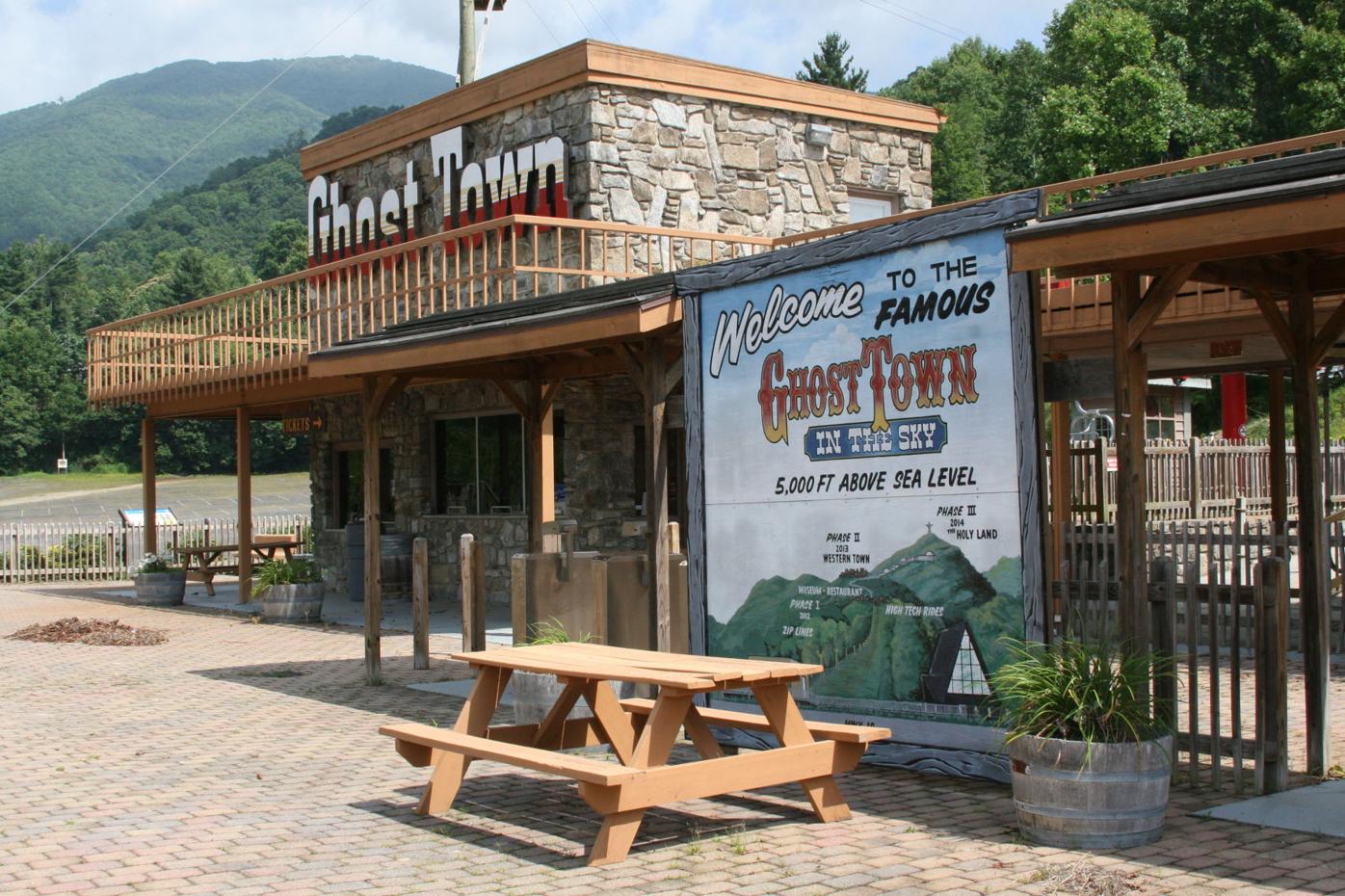 A POTENTIAL COMEBACK — A key developer working to revamp the Ghost Town in the Sky property spoke in front of a crowd of Maggie Valley business owners Tuesday.

A POTENTIAL COMEBACK — A key developer working to revamp the Ghost Town in the Sky property spoke in front of a crowd of Maggie Valley business owners Tuesday.

A key person working to develop the Ghost Town property, as well as many others around the county, spoke in front of the Maggie Valley Chamber of Commerce on Tuesday morning, outlining his vision for the sites.

While the name Frankie Wood has made its way around Haywood County a few times now and local newspapers have quoted him, his appearance in front of business owners was the first time he’d spoken in public. The crowd, eager to hear specifics regarding his plan, was the largest seen at one of the chamber’s Rise and Shine meetings in quite some time, director Teresa Smith said prior to Wood’s arrival.

Wood began by greeting the crowd and explaining his basic plans, which he said could end in a total $200 million investment.

“These are things I’ve been working on for almost two years here in Maggie Valley,” he said. “And I’ve had a lot of support.”

“The focus is not just Ghost Town,” he later noted. “I had to look and think about a lot of things with local businesses and how we can have an impact here in a good way.”’

Wood mentioned a few things he’s hoping to work on around town, including a grocery store, live music venues, restaurants, some kind of health care clinic and activities for younger kids. He said he has even considered opening a plant that could produce mobile homes to provide quicker access to affordable housing in the area.

“We’re working on affordable house programs,” he said. “This week in Myrtle Beach, I did two local really nice housing developments. Not low income or workforce housing, just nice communities. That’s what I do. I’ve already got a couple locations here that I have contracts on that we’re going to start the master plans on this week.”

Wood also mentioned he’d been working on developing a couple of “RV resorts,” which he later elaborated on.

“An RV resort isn’t like a campground with campers,” he said. “An RV resort is like you come inside a place and there’s a park in it; most will be gated, and people feel safe that way, too. It’s the type of people that come park their RV, jump in the car and explore these beautiful mountains.”

Other housing Wood discussed included cottages, town houses and even possibly a “lodge-type” hotel with around 120 rooms that could be placed at the upper end of the Ghost Town parking lot.

After speaking for a bit, Wood opened up to questions. First, someone asked about the timeline for development.

“We’ve already started gutting the A-frame … We’re hoping to have something going this year, if we can, on the lower level,” Wood said about Ghost Town, adding that he’s also secured numerous demolition permits for the upper part of the property. “There are some buildings we’re going to try to save, but not more than a few.”

“Ghost Town has totally been through hell,” he added.

Wood said designs and development plans are in the works, and while he didn’t have a specific timeline, he said he anticipates they’d be made available to the public within about six months.

Wood also said that one of the biggest stumbling blocks up to this point has been the availability of skilled labor. He added that he has been relying on the help of a few local folks to keep the wheels turning, including Elevated Mountain Distillery owner Dave Angel and Jeff Lee, who owns Fantasy Golf and Game Room and is running for a spot on Maggie Valley’s Board of Aldermen.

“You don’t have the hired hands and trained people,” he said, adding that he’s been working on solutions to that issue with officials at the local, county and state level.

Some people asked for specifics about what the lower level of Ghost Town, now just a massive parking lot and A-frame, will end up looking like. He likened certain elements of it to “Broadway on the Beach,” a popular Myrtle Beach attraction that combines, shopping, dining and entertainment.

One woman asked about the potential for outdoor recreation, including biking trails.

“All of the above,” he said. “We’ve been spending lots of time with that.”

“It’s not just to come in and say we’ll have all these rides and trails, but the whole piece of property will be utilized. We’ll use every square inch.”

Wood said people also may see some theme-park style rides in the lower parking lot at some point, including a Ferris wheel.

“I like taking my kids to the one at the beach so I’d like to have my own here,” he said.

One business owner asked when affordable housing may be made available and said her own employees have encountered serious issues in their own searches for shelter.

“We have people who work for me who can’t even find places,” she said.

In response, Wood noted that he’s closed or is near closing on multiple properties to serve that purpose, including a couple in Waynesville, although he didn’t provide a specific location or timeline for when those may be developed.

While the majority of people commenting were optimistic, one man expressed skepticism.

“You have said ‘Myrtle Beach’ 35 times today,” that man said.

He further expressed concerns that that kind of large-scale development could actually hurt Maggie Valley.

Wood acknowledged the concern but said that is not going to happen.

“There’s absolutely no way I want this to be Pigeon Forge or Myrtle Beach,” he said. “If I wanted it to be Myrtle Beach, I’d stay there.”