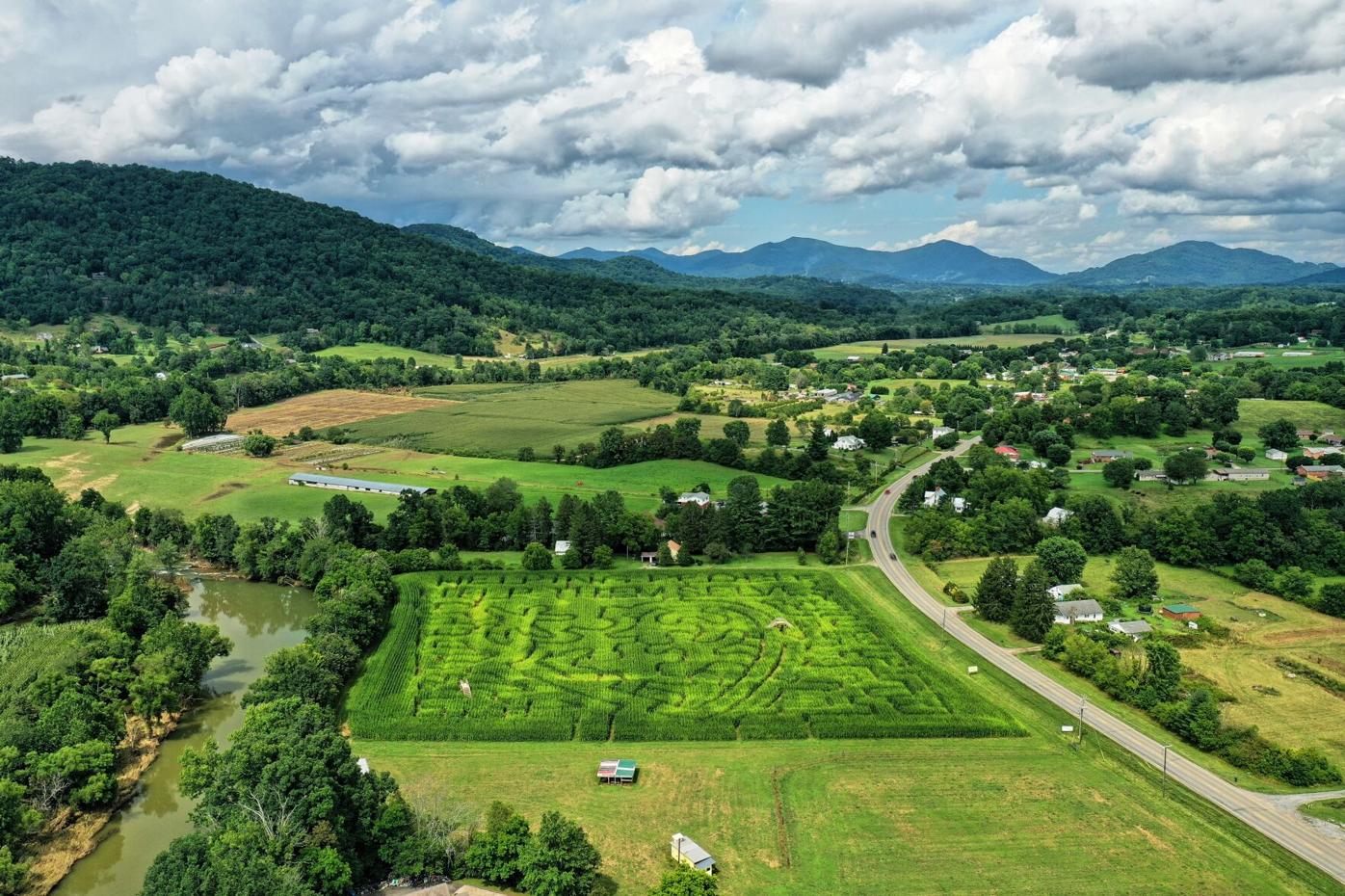 The Cold Mountain Corn Maize in Bethel was spared from flooding and is back for its 17th year. 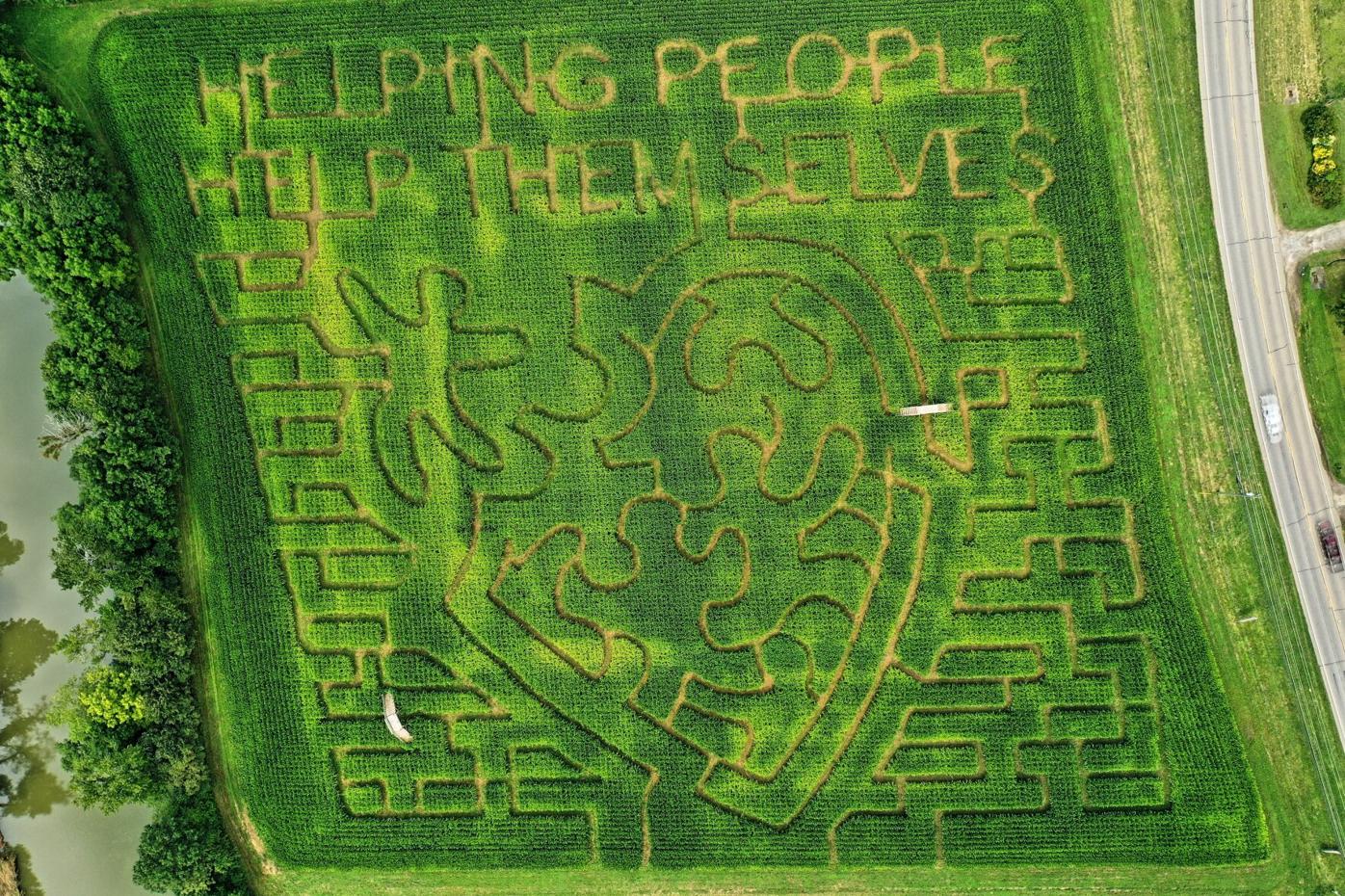 The Cold Mountain Corn Maize in Bethel this year features a design paying tribute to Mountain Projects, with a portion of proceeds going its handicap ramp program. 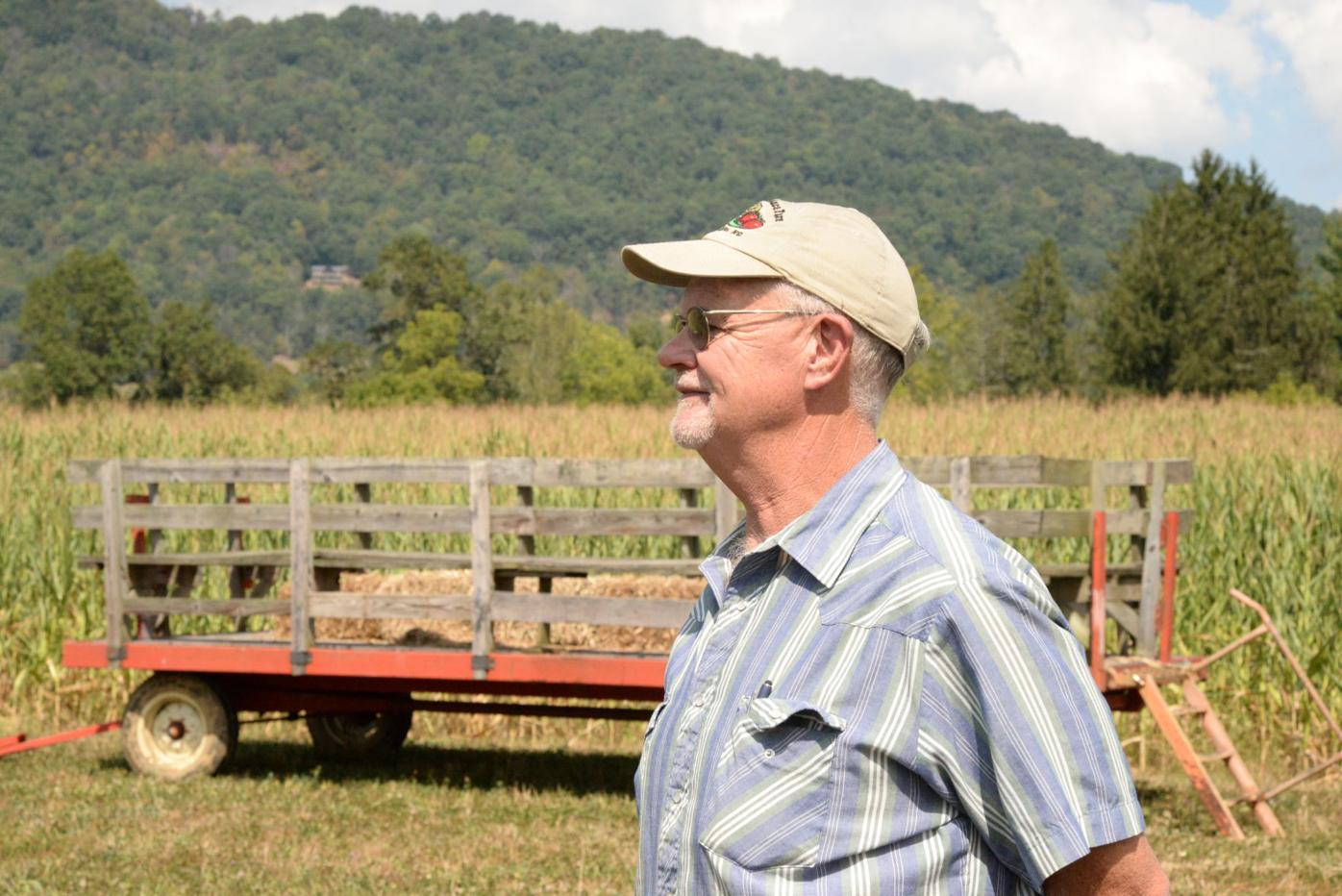 Farmer Skipper Russell says everyone thought he was crazy when he started the Cold Mountain Corn Maize in 2005, but upwards of 2,000 people trek through the maze each fall.

Adventuresome souls are once again flocking to the Cold Mountain Corn Maize in Bethel in hopes of besting this year’s design etched into the 6-acre corn field, which pays homage to Mountain Projects.

Flood waters that ravaged the Pigeon River valley in August skirted the corn maze, sparing months of work that goes into creating the design.

“The water went to the other side of the river, so luckily it didn’t suffer,” said farmer Skipper Russell.

While Russell experienced crop losses in other fields, the Haywood County fall tradition of the corn maze is up and running for its 17th year. At dusk, the corn maze becomes haunted, with costumed scarers roaming the corn field and spooking the hayride.

Long before Russell plants the first rows of his Bethel corn field in the spring, he’s busy mulling over designs for the maze that will be etched into his crop come fall.

“The corn is planted in a grid, north to south and east to west,” Russell said.

When the corn is in its early growing stage, crews go through the field cutting out individual stalks to provide the backbone of the maze. It’s tended over the course of the growing season to keep the corn in check.

“We keep it monitored and keep the design cleared out,” Russell said.

Each year, Russell picks a different cause to serve as the corn maze theme and donates a portion of the season’s proceeds to it.

In 2019, the corn maze paid tribute to Riley Howell, Haywood County’s hometown hero who died saving the lives of others by tackling a gunman who opened fire on his class at UNC-Charlotte, with a portion of proceeds going to the Riley Howell Foundation. Last year, the theme was autism awareness. He did a breast cancer ribbon in honor of his late wife one of his first years, and has even celebrated the Pisgah-Tuscola rivalry with dueling football helmets.

“They build handicapped ramps for people who can’t get in their house,” Russell said.

A simple ramp can make all the difference for the mobility-challenged to stay in their own home versus going into an assisted living facility. But the cost can be out of reach for some if not for Mountain Project’s program. Volunteers provide the labor to build the ramps, with Mountain Projects paying for the materials.

Russell knows first hand how important a ramp is — and how expensive it can be — after having one built for his late wife during her battle with cancer. Russell has a donation jar set up at the corn maze for those who want to make additional contributions.

When Russell launched the corn maze in the 2000s, it was one of the county’s earliest agritourism attractions during an era when farmers were looking for ways to diversify their traditional revenue model. It’s since become an eagerly awaited tradition every fall.

“It’s a chance for families to spend quality fun together outdoors and get back to nature,” Russell said.

Teamwork is also involved as groups work together to find their way through the maze. While a map of the maze is given out at the start, there’s an escape hatch for those who get stuck. Just climb the tall platform in the middle of the maze to get your bearings.

The Cold Mountain Corn Maize is open from 4-9 p.m. Wednesday through Friday and 1-9 p.m. Saturdays and Sunday through the end of October. The corn maze turns haunted at dusk with costumed scarers (not recommended for younger children.)

You can stock up on fall decor while visiting, with a pumpkin patch and corn shocks for sale. The cost is $10 per person and includes tractor-pulled hay rides. There’s a concession stand on site with snacks and drinks, as well.

The corn maze is located along N.C. 110 about one mile from the stop light in Bethel at 4168 Pisgah Drive, Canton.