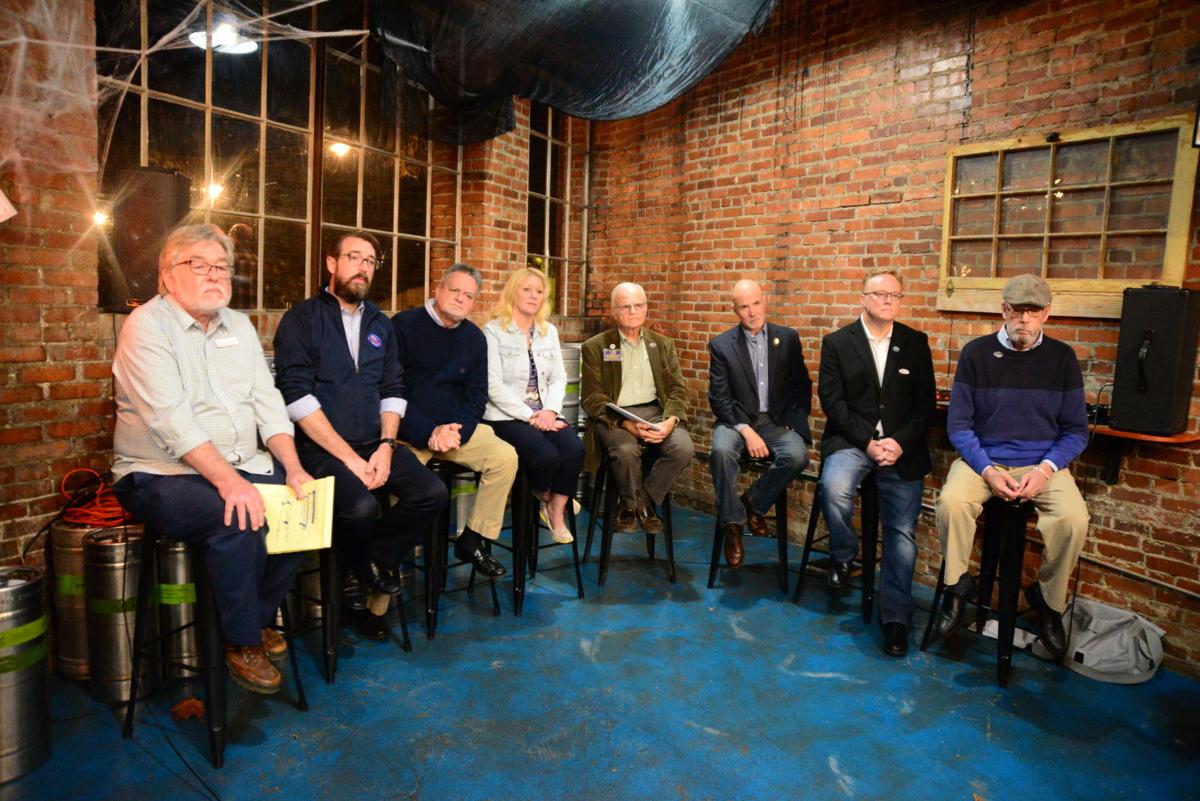 PLANTING A SEED — A homeless forum for town board candidates at Frog Level Brewery in October drew more than 200 people. It was here the idea of forming a homeless task force was first broached by town leaders. 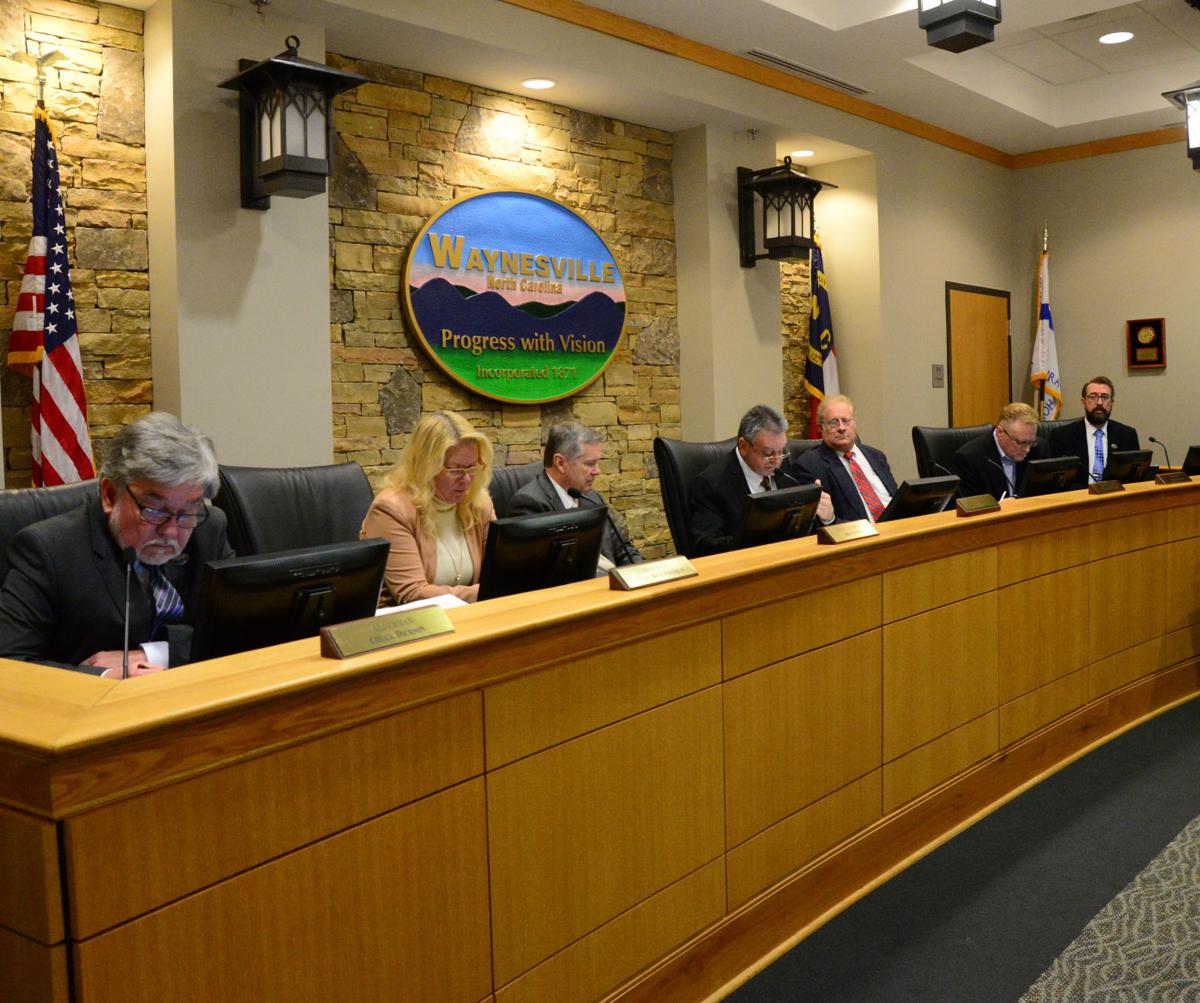 CHOICES, CHOICES — The newly-seated Waynesville town board has a Herculean task ahead to name a homeless task force after receiving 31 applications.

PLANTING A SEED — A homeless forum for town board candidates at Frog Level Brewery in October drew more than 200 people. It was here the idea of forming a homeless task force was first broached by town leaders.

CHOICES, CHOICES — The newly-seated Waynesville town board has a Herculean task ahead to name a homeless task force after receiving 31 applications.

A overwhelming number of applicants wanting to serve on Waynesville’s homeless task force has prompted town leaders to delay the launch of the task force while thinking through the ideal composition.

A call for people to serve on the task force generated a record-shattering 31 applicants — more than the town has ever received for any board or commission. The unprecedented level of interest is a testament to both the altruistic streak that runs through the community and the repercussions of a growing homeless population.

Some applicants cited negative impacts of the vagrant population on residents and businesses. Some cited the need for empathy, compassion and charity. And yet others cited the need to tackle root causes like mental illness, substance abuse and affordable housing.

There was a universal theme among the applicants, however: a desire to come together as a community to find solutions. Having too many applicants isn’t a bad problem to have given the complexity of the issue, however.

“Homelessness affects cities and towns from one side of this country to the other. It may seem an awfully daunting problem to solve, but if there is a solution to be found, Waynesville is the one to find it,” Waynesville Alderman Jon Feichter said.

One thing that stood out to aldermen when reviewing the deep bench of applicants is the impressive backgrounds and expertise represented — including social workers, substance abuse and mental health experts, affordable housing specialists, legal and criminal authorities, non-profit managers and charity case workers.

“It was heartwarming that people with this caliber of talents want to be committed to making a difference in the community,” said Alderman Anthony Sutton. “It is outstanding that people are coming together to solve an issue.”

Applicants also included several average residents and business owners from the Frog Level and Hazelwood areas, where spill-over from the homeless population that congregates around the Open Door and Haywood Pathways center is most acute — and thus is a critical voice to capture on the task force as well.

At least three applicants reported being homeless once themselves, another good perspective to capture, said Alderman Chuck Dickson.

Town board members were unanimous in wanting to create a homeless task force, an idea they all mentioned during a candidate forum on the homeless issue during the election last fall.

Caldwell surprised fellow board members in December, however, by proposing the formation of a task force at the first meeting of the newly elected board. Caldwell brought forward a proposed list of names he had already contacted about serving on the task force prior to seeking input from the other board members.

Caldwell faced pushback from the rest of the board who wanted to see a more inclusive process. Caldwell’s list was tabled, with the board declining to affirm any names.

“This is exactly what I hoped would happen when I called on the board to open the process up,” Feichter said in response to the flood of responses.

Caldwell said his initial list was intended to be a starting point and was amenable to aldermen adding additional task force members to round out the key players — but cautioned against making the task force too big.

After being bombarded with applications, Caldwell is now in favor of a bigger task force.

“When I saw the quality of those applications, I thought we are going to have to up the numbers,” Caldwell said. “These are some first-class citizens.”

“We need more time to digest this and come up with a bigger plan,” Sutton said.

The thoughtful narratives provided by many of the applicants revealed just how multifaceted and complex the issue is.

“It wasn’t just the number of applicants but the issues that applicants were bringing up,” Town Manager Rob Hites said. “They brought up issues we maybe hadn’t thought of.”

The task force will likely have smaller working groups and subcommittees to bite off pieces of the puzzle.

Another thing the board wants to clarify before naming people is the mission of the task force.

“We have to make sure the folks on the task force are sympathetic to the goals,” Dickson said.

In the meantime, the town has applied for a $30,000 grant to hire a consultant and facilitator to shepherd the task force’s work — an idea brought forward by Aldermen Anthony Sutton and Chuck Dickson.

Dickson said it might make sense to wait for get the facilitator on board before convening the task force.

Given the huge community interest in the issue, Dickson hopes the task force could eventually morph into a permanent non-profit that would be eligible for state and federal grants that the Pathways Center and Open Door aren’t eligible for as faith-based organizations.

Who put their name in for the homeless task force? Hint: a right good many

Waynesville leaders have their work cut out to winnow down the glut of applicants for a new homeless task force.