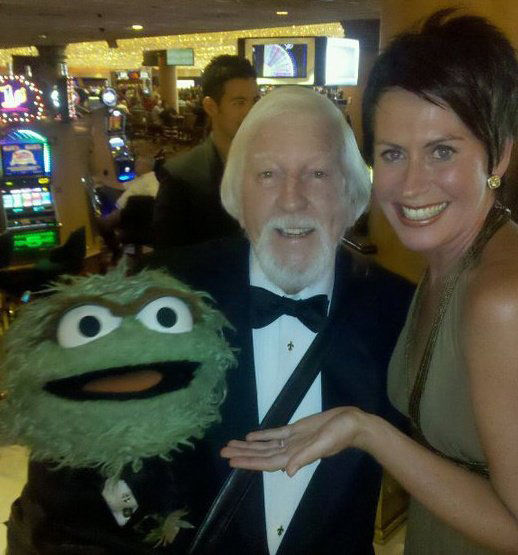 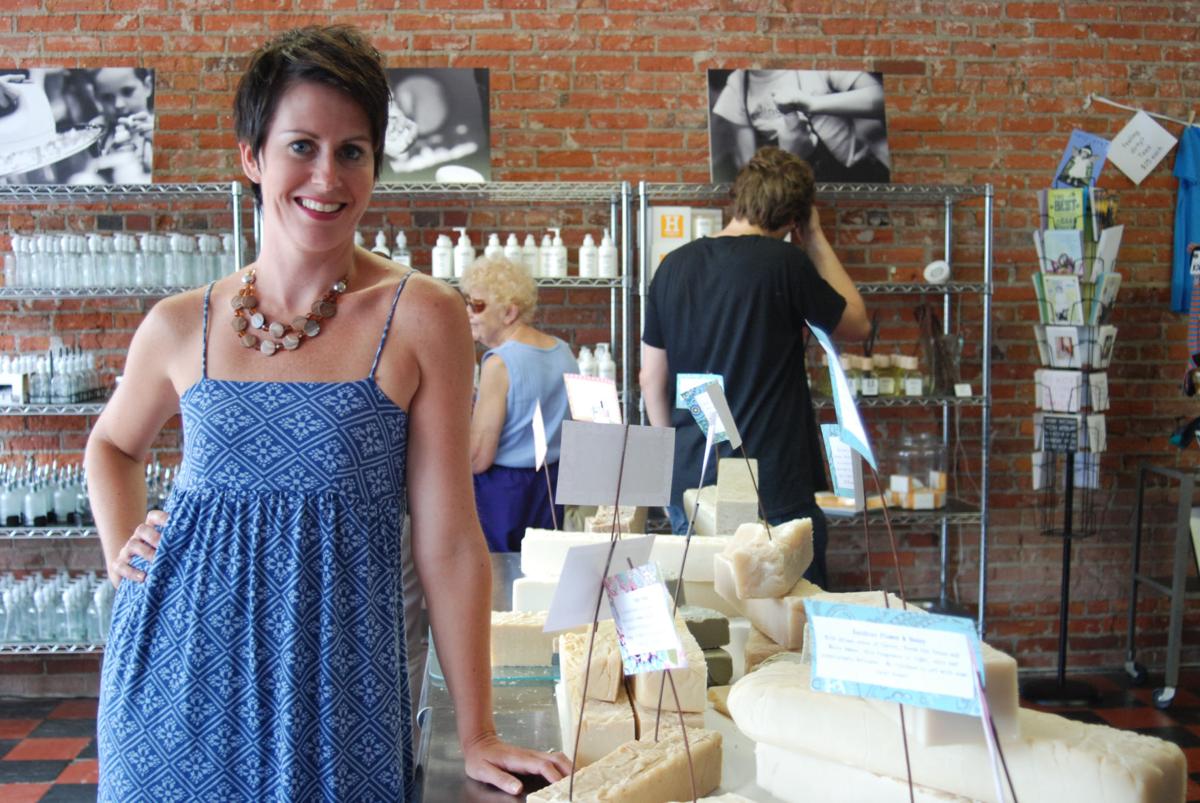 When Diana Laursen, owner of the local business Hazelwood Soap Co., was asked to provide samples of her products for the swag bags given out to the talent at the News and Documentary Emmy Awards in New York last year, she was thrilled that her soaps, lotions and scrubs had garnered such attention.

Providing more than 2,000 samples for the awards show proved to be a lot of hard work and expense, but Diana said she hoped getting the companys name out there would bring in more business and recognition for her products.

The plan seems to have worked.

Since the Emmys last year, locals have taken a lot more notice of the little soap shop on Hazelwood Avenue, and this year, Diana and her husband, John, were asked to help out again with an Emmy Awards show  this time the Daytime Emmys.

It was exciting to be asked again, she said of getting a second call. The first time we went, we couldnt believe they found us.

The owners of Off the Wall Gifts, the company that first discovered Hazelwood Soap Co. as they looked for Emmy-worthy products on the Internet, asked Diana if she would like to work with them again. But this time instead of providing product samples, they asked Diana to help them create the Emmy gift bags and host the Talent Lounge for the event, which took place in Las Vegas last month.

Diana and her John arrived in Las Vegas about a week before the show was taped to help get everything ready for the event, including putting together more than 1,400 gift bags and organizing the Talent Lounge where the celebrities spend time before the show begins.

Although Diana didnt give away samples of her products this time around, she said she was still able to do some self-promotion during the event.

It actually worked out well because people asked us what we did, so we were able to promote ourselves verbally, which was great, Diana said. If we had just done the bags, theres no way we would have had that one-on-one contact. At the end of the day, we got to talk about our product, and people knew where Waynesville, North Carolina was, which was crazy.

Of course, the most memorable part of the experience was meeting the celebrities as they arrived in the Talent Lounge. Among the people Diana had the chance to talk with were Alex Trebek, Vanna White, Pat Sajak, Wayne Brady, Gladys Knight, a variety of soap opera stars, and what she said was the highlight of the evening for her  meeting Caroll Edwin Spinney, the voice of Oscar the Grouch on Sesame Street.

That man has been on TV for 50-something years, she said.

Diana and John also had the chance to walk the red carpet and watch the taping of the show, but she said she really enjoyed working on getting things ready for the event.

I like to get my hands dirty and see how it all works, she said. To me, that was really neat because I like to see the behind the scenes. It made you feel like you were definitely part of this big show. I just had a wonderful time.

Between all the work getting ready for the Daytime Emmys, the Laursens managed to take some time off to see the sights of Vegas, and do what many couples flock to Vegas to do  get married. Or in their case, renew their vows.

After the show and the work and the fun were all over, it was time to head home, which Diana was more than ready to do after a week away.

It was really nice to get a big city experience and then come home to a small town. It felt really good to come home. It reaffirms that we do like having a small family-owned business, she said.

Customers have been very supportive and excited to hear about the role that Hazelwood Soap Co. has played at the Emmys. Diana said the regulars in the store have been full of questions about their latest trip, and she plans to share her Emmy experience with a special event from 6 to 9 p.m. tonight at the store at 452 Hazelwood Ave.

Before going to the Emmys, the store had a sale to help raise money for the trip, and they plan to have another sale event now that they have returned. The evening will include photos and stories from the Emmy Awards show, and specials on certain products.

We wouldnt have been able to go (to the Emmys) without the cheering squad here at home, Diana said. It was the experience of a lifetime.

For information, call 456-3385 or visit hazelwoodsoapcompany.com.