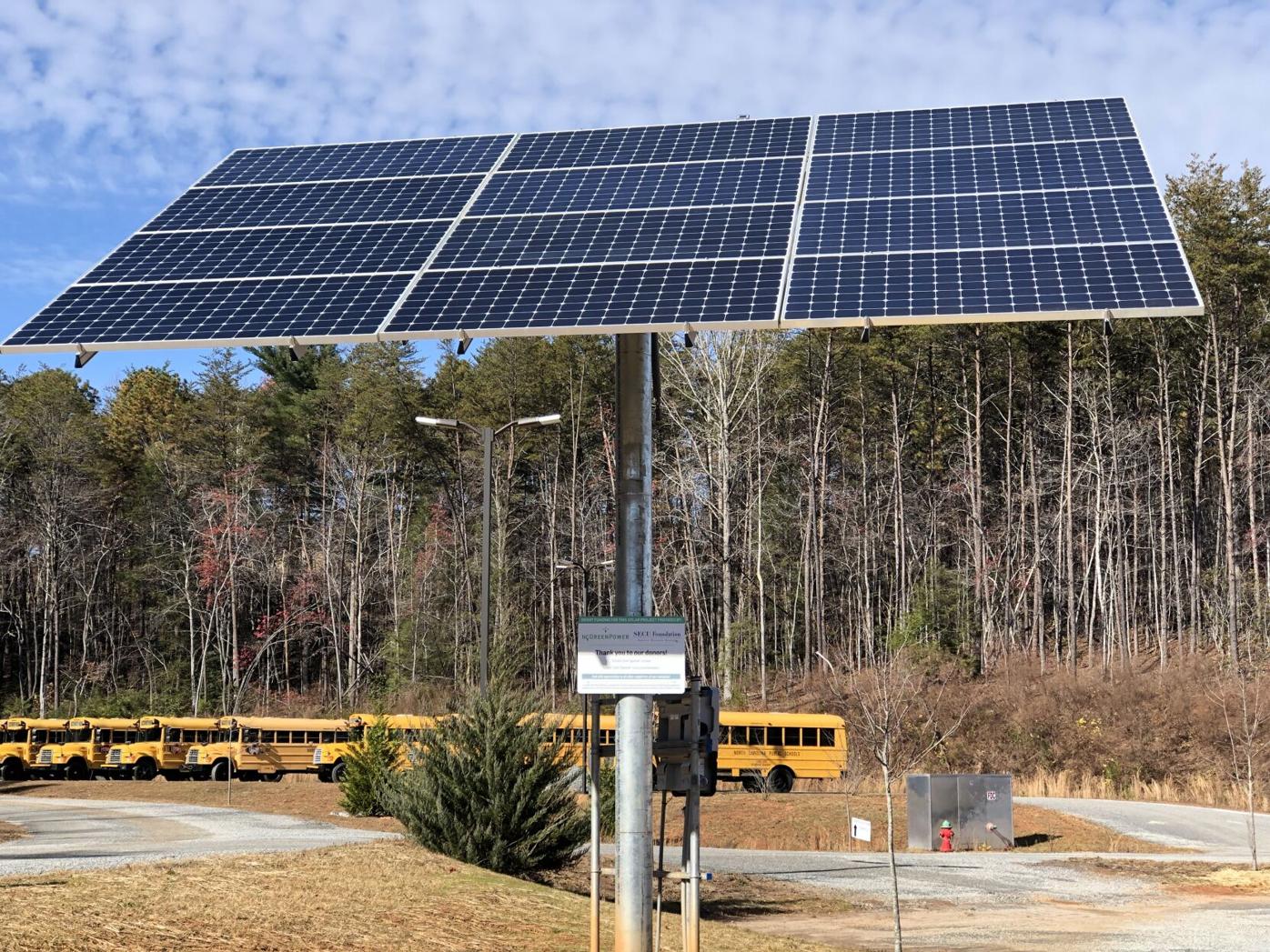 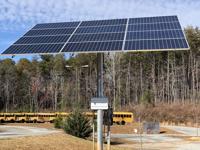 GRANT WINNER — Waynesville Middle School is one of the 2021 Solar+ School grant recipients, meaning the school will receive approximately $42,000 in related benefits, including a SunPower solar module like the one pictured here, a STEM curriculum and teacher training. 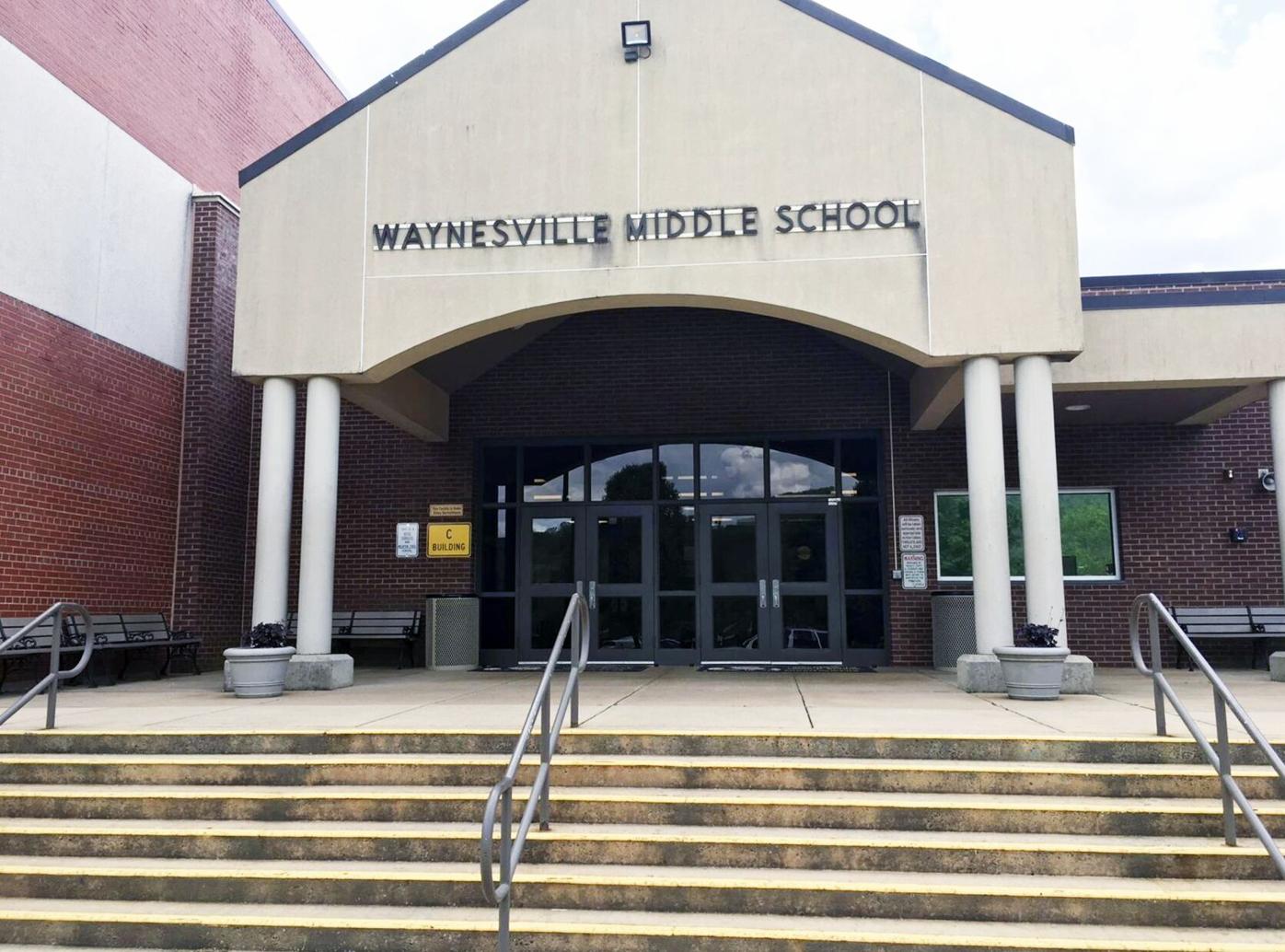 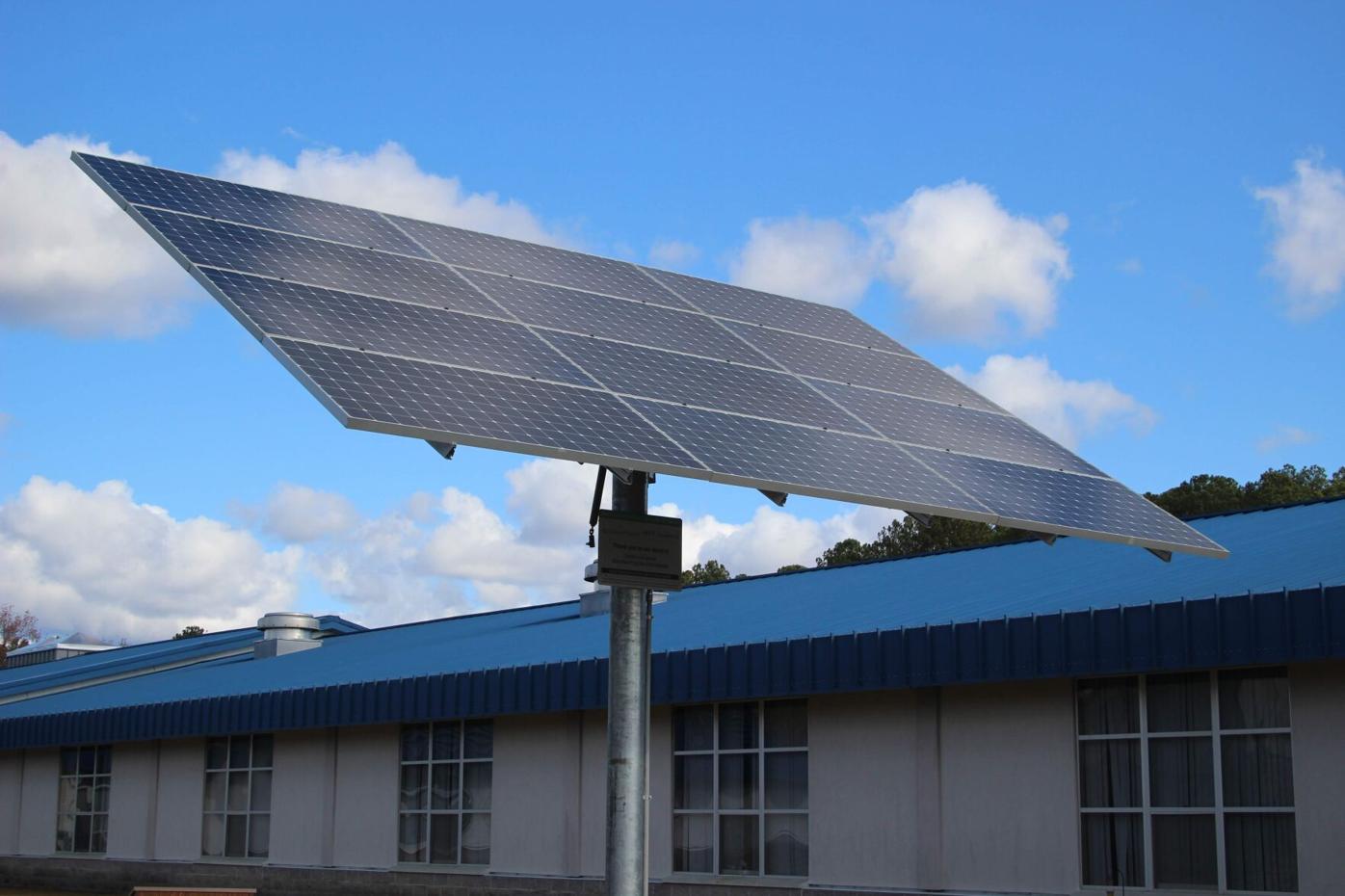 GRANT WINNER — Waynesville Middle School is one of the 2021 Solar+ School grant recipients, meaning the school will receive approximately $42,000 in related benefits, including a SunPower solar module like the one pictured here, a STEM curriculum and teacher training.

NC GreenPower has announced 15 North Carolina schools that will receive a solar educational package valued at about $42,000, and Waynesville Middle School was among those chosen.

Solar+ Schools is a grant program that provides funding for solar educational projects at schools. The projects include a 5 kilowatt array, a weather station, data monitoring, a STEM curriculum and training for about five or six teachers. Any North Carolina K-12 school can apply for the program, and this year, Waynesville Middle STEM teacher Amanda Wells decided to give it a shot.

“We thought it would be a great way for the students to get hands-on learning if we could actually get a solar cell installed,” Wells said. “That way they would get to see the system installed, see the process of how it works, take data and see how it affects the solar cell system.”

The package Waynesville Middle will receive is valued at about $42,000, but it’s not a done deal yet.

Waynesville Middle is still responsible for fundraising $9,000 for future upkeep of the solar system. Using NC GreenPower’s fundraising platform, it has until Sept. 30 to raise the funds. Donations of as little as $1 can be made to support the school’s campaign, and the community is welcome to donate to the cause at donate.ncgreenpower.org/team/356320.

Once the installation is completed, which is expected to be in early 2022, Waynesville Middle will join 42 other school awardees since the Solar+ Schools program launched in 2015.

“I think this will be really neat for Waynesville Middle to have,” Wells said. “Instead of talking about running the tests, and talking about how the solar cells work, they will actually get to learn about and see it.”

NC GreenPower will be bringing its own engineers to decide on the best location, but Wells said Waynesville Middle had a few ideas in mind for where it could be installed.

In order to be successful, the panel will have to be located where the sun reaches a certain angle. Since WMS doesn’t have a roof that faces the sun, the module will likely be a standalone setup rather than a rooftop version.

“The sites we are looking at are having it installed beside A building, or in a side lot next to the school,” Wells said. “Or we talked talked about the softball field. We’re thinking by the beginning of 2022 we will be able to use it. We’re excited about it.”

Solar+ Schools is now in its seventh year and staff remain optimistic about its future.

“This year’s response to our Solar+ Schools program was fantastic, especially given the many challenges brought on by COVID-19,” said Vicky McCann, vice president of NC GreenPower.

“We are so excited to work in six new counties, with schools from the central and far western parts of our state, as well as one on the Outer Banks. We look forward to helping educate younger generations about energy with these solar installations, and by the end of next year, we will have reached more than 41,600 students across North Carolina,” McCann said.

In addition, the State Employees’ Credit Union (SECU) Foundation is continuing its support of Solar+ Schools. The SECU Foundation’s contribution will offer up to $20,000 in additional funding to each of five selected public schools.

“Since we began our support for the Solar+ Schools initiative in 2015, we have seen this program grow and expand, helping so many schools across our state benefit from having a working solar array on campus,” said Jama Campbell, SECU Foundation executive director. “The NC GreenPower Solar+ Schools program continues to provide valuable educational resources and energy-saving opportunities, and we are happy to assist in their ongoing efforts to make a positive difference for our schools, teachers and students.”

NC GreenPower’s McCann added, “We are appreciative of SECU members for their continued financial support and partnership, helping us improve the environment and increase solar education in our state.”

Grant funding for this project was provided, in part, by NC GreenPower, a nonprofit founded in 2003 whose mission is to expand public knowledge and acceptance of cleaner energy technologies among all North Carolinians through local, community-based initiatives.