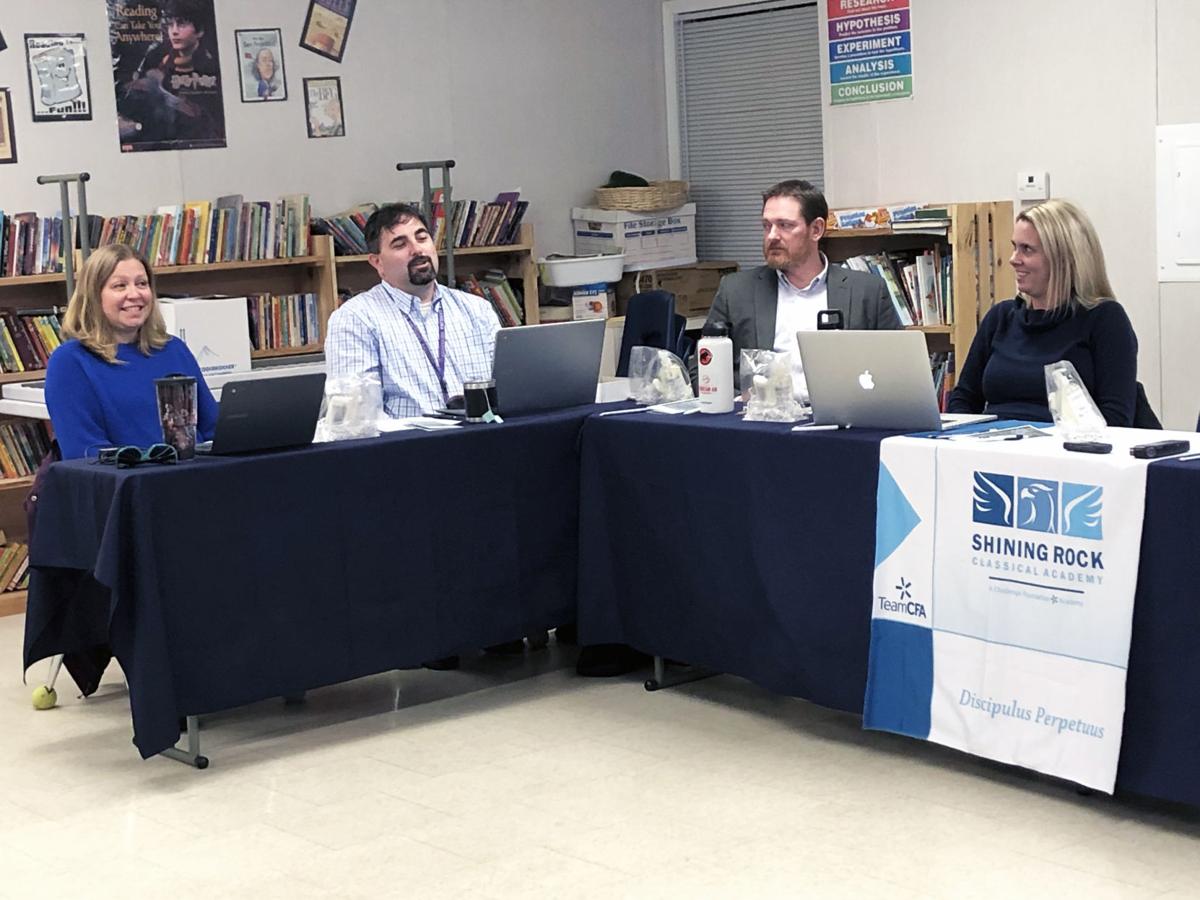 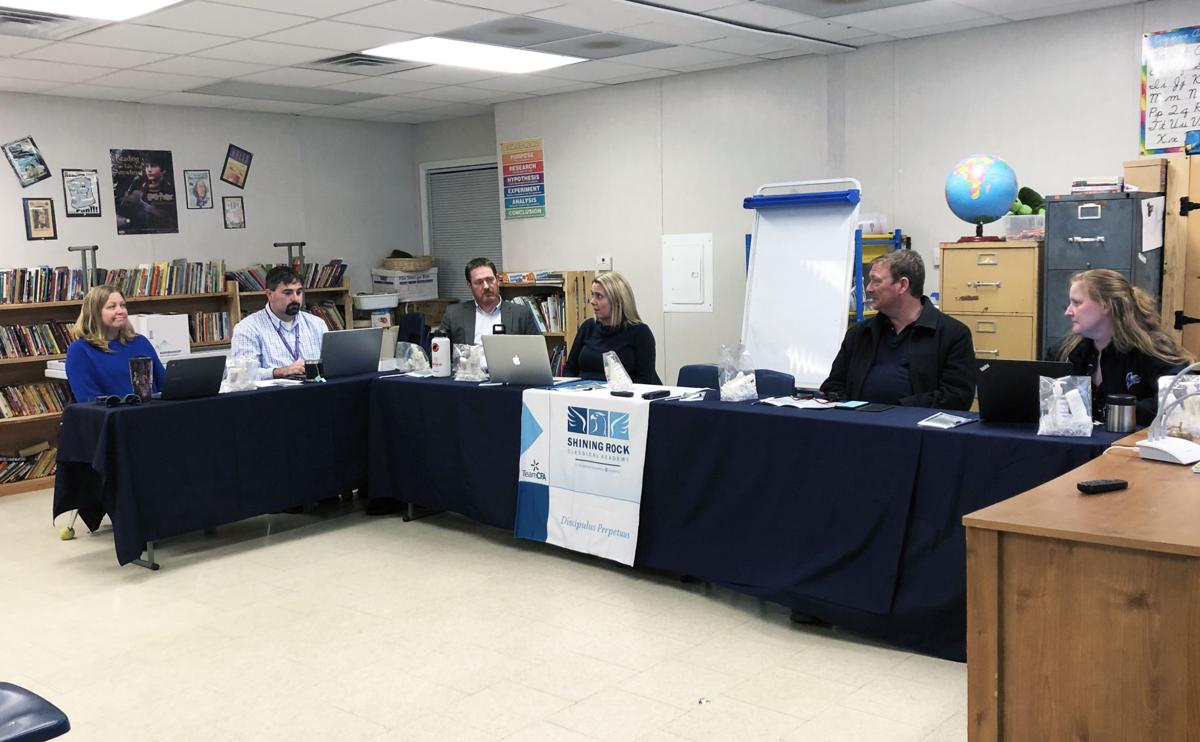 Pictured is the SRCA board during the Dec. 18 board meeting. Shown from left are Erin Norman, school director Josh Morgan, Chad Carver, Anna Eason, Mike Mehaffey and Melanie Norman.

Pictured is the SRCA board during the Dec. 18 board meeting. Shown from left are Erin Norman, school director Josh Morgan, Chad Carver, Anna Eason, Mike Mehaffey and Melanie Norman.

Shining Rock Classical Academy has started a public dialogue about building a larger school facility in the future.

This idea of building a new school is nothing new for the charter school leaders.

Just last August, the board submitted plans to the town of Waynesville to build a school on 16-acres of land, but plans were quickly suspended after Shining Rock leaders realized enrollment was down by about 100 students — and that they had made their facility decisions illegally behind closed doors.

The board, upon the advice of Head of School Joshua Morgan, hit the reset button, participated in a training session on media and the law, and the board is now committed to being as transparent as possible.

During the December board meeting, school leaders publicly discussed the issue of needing to build a larger, permanent school facility that would allow them to expand into a K-12 campus.

“I’ve always had the vision we would not stop here, and we would go permanent,” said Mike Mehaffey, a SRCA board member who serves as chair of the Governance committee. “That’s the vision I’ve always had. That being said, I would like to see us devise a plan to where, when we know what enrollment is, we can make a decision and move forward with that.”

As of Dec. 18, SRCA’s enrollment was 311 students, which is seven fewer than the beginning of the school year. However, school leaders are optimistic that enrollment will increase in the future, and that if nothing else, a new school building will attract more students.

“If you build it they do come,” said Morgan. “I do think it’s one of those things of considering ourselves as an investment. If we wish to invest in ourselves, getting a permanent facility is the single greatest investment in ourselves.”

Even so, board members were hesitatant to move forward without having their questions answered, and cited unpredictable enrollment and real estate options as major concerns.

Board member Chad Carver, who serves as chairman of the finance committee, encouraged the board to take its time and wait another year before making any decisions.

“It’s expensive,” Carver told the board. “If we had another year, we’d have better test scores — all those things are going to help enrollment. If enrollment drops below 150 people, we’d be putting the school at risk.”

Morgan said the school would definitely need a partner to help pursue the expansion, take lead on construction and other matters. But in terms of a timeline, and how to handle the financial aspect of it, the board is still unsure of its next move.

“The deck is stacked against charter schools getting started,” Morgan said, pointing to minimal funding available for a new school building. “I thought it would be best to start some dialogue and get things going.”

With so many questions still unanswered, the board decided to appoint Mehaffey and Morgan to reach out to local organizations/community partners and ask them to attend the next board meeting for a Q&A session.