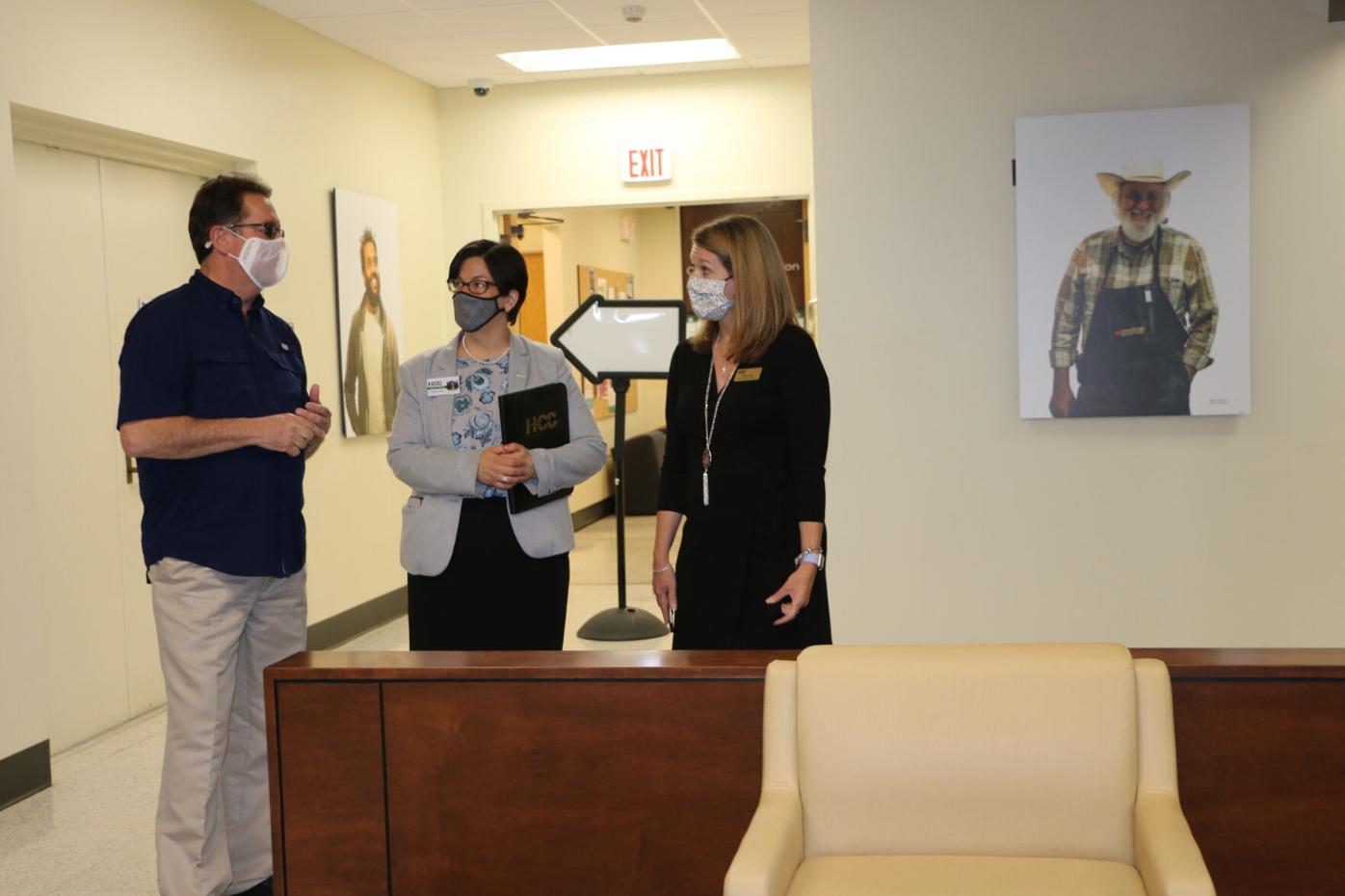 OFF LIMITS — The student services gathering space is closed for use until pandemic safety rules are lifted. 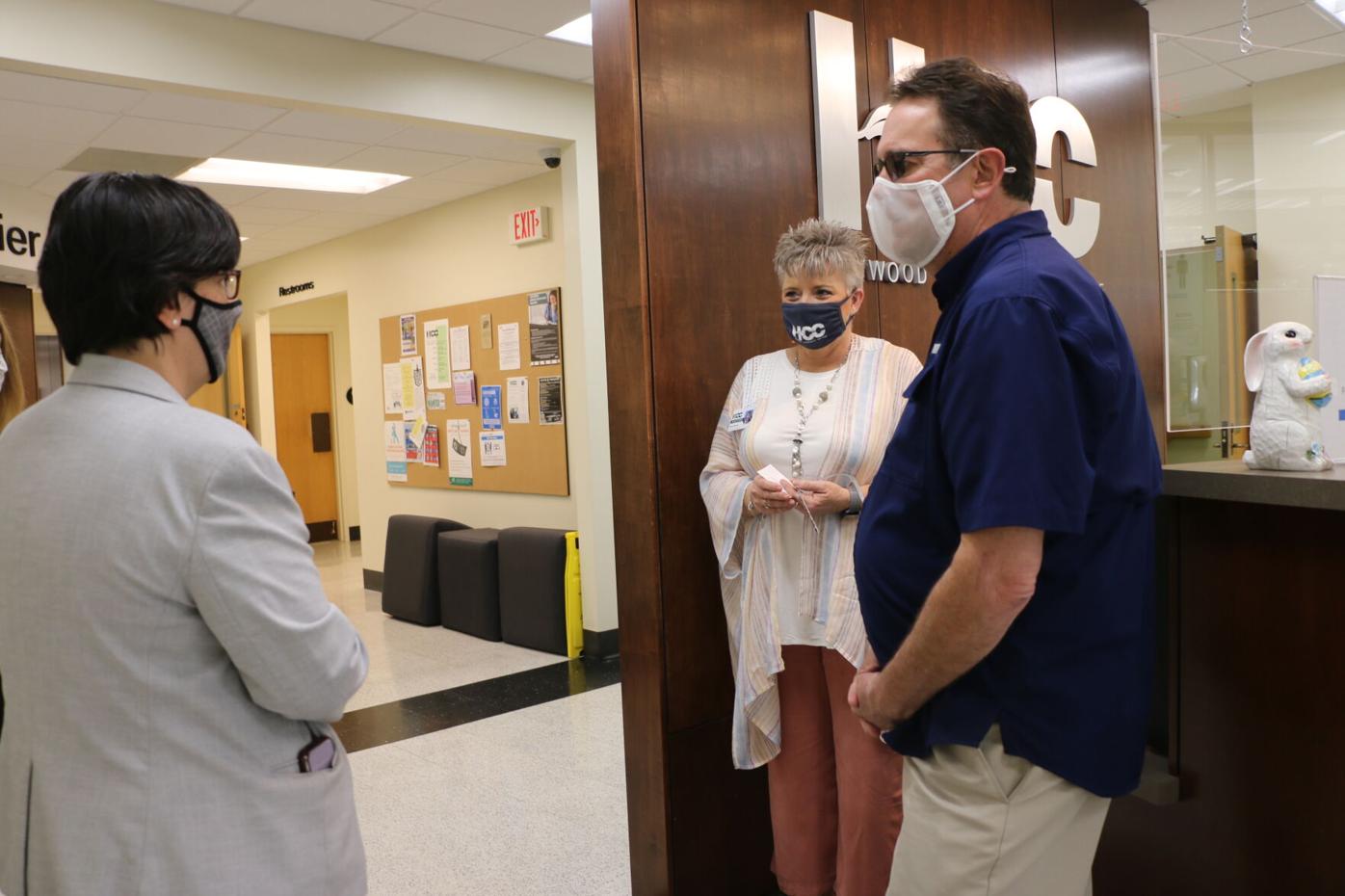 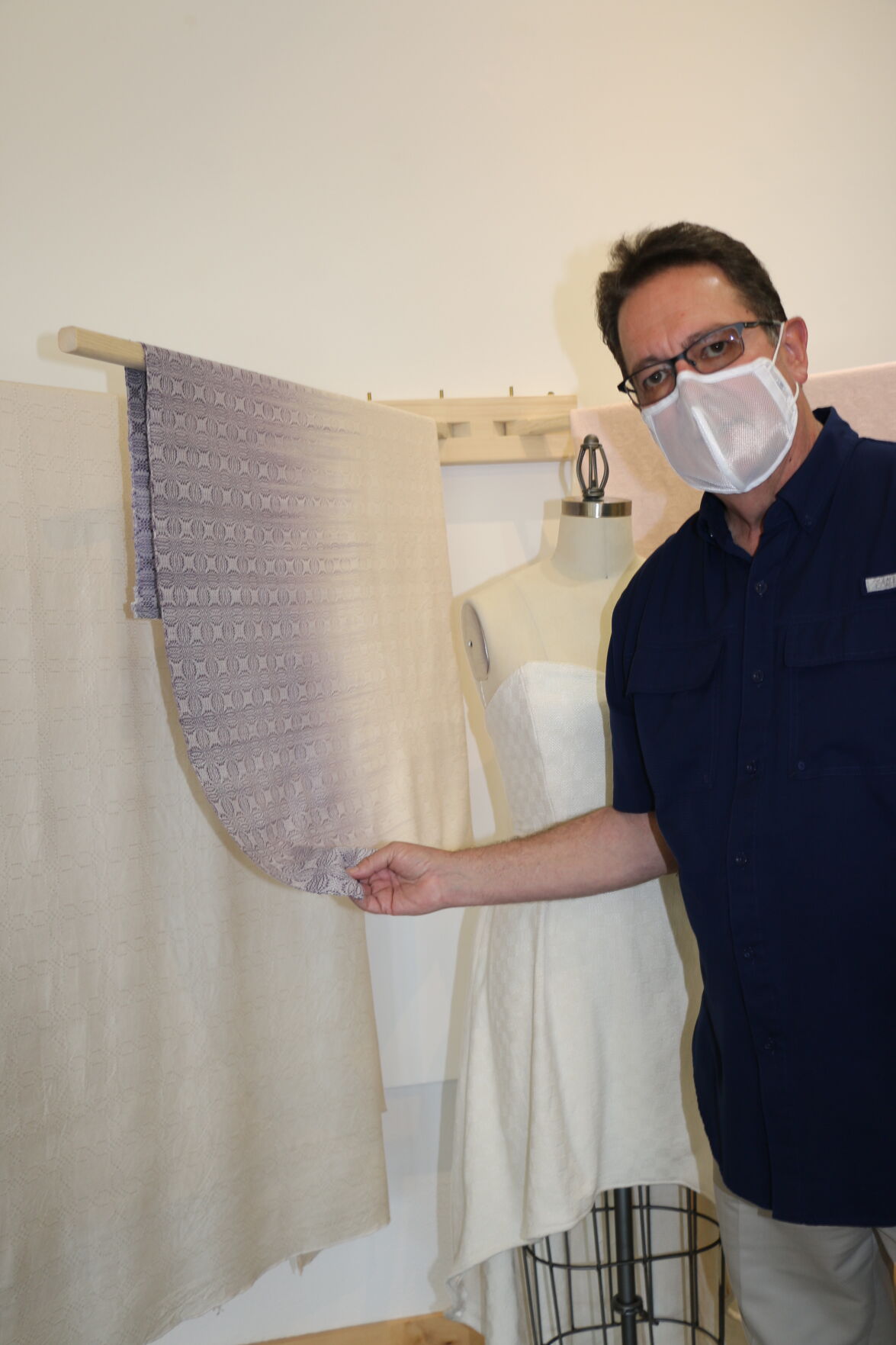 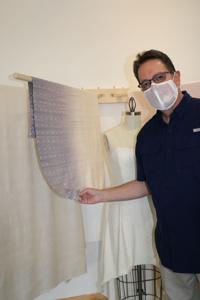 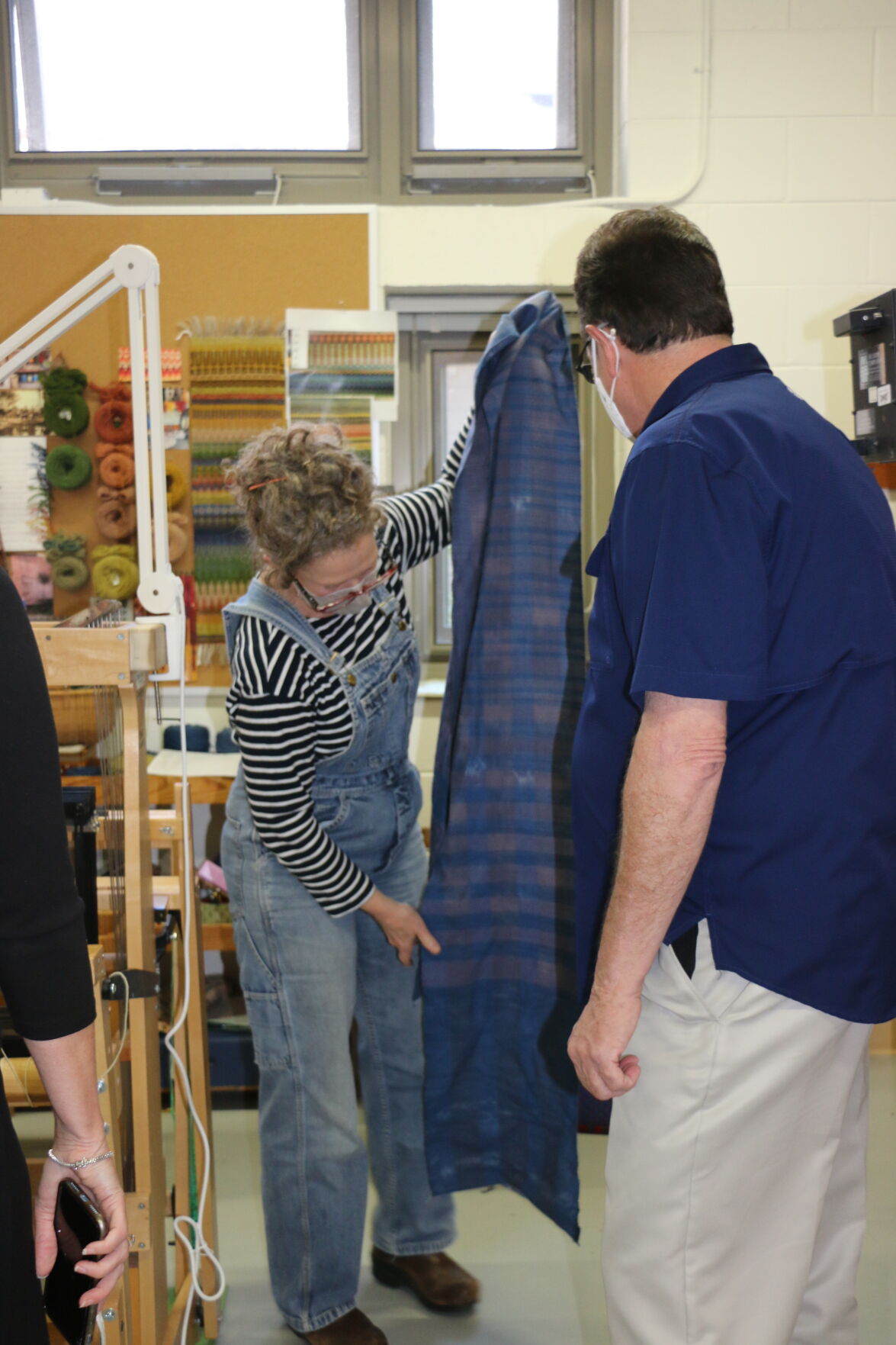 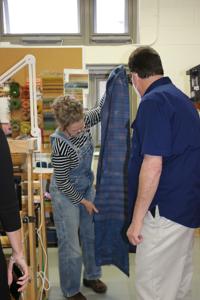 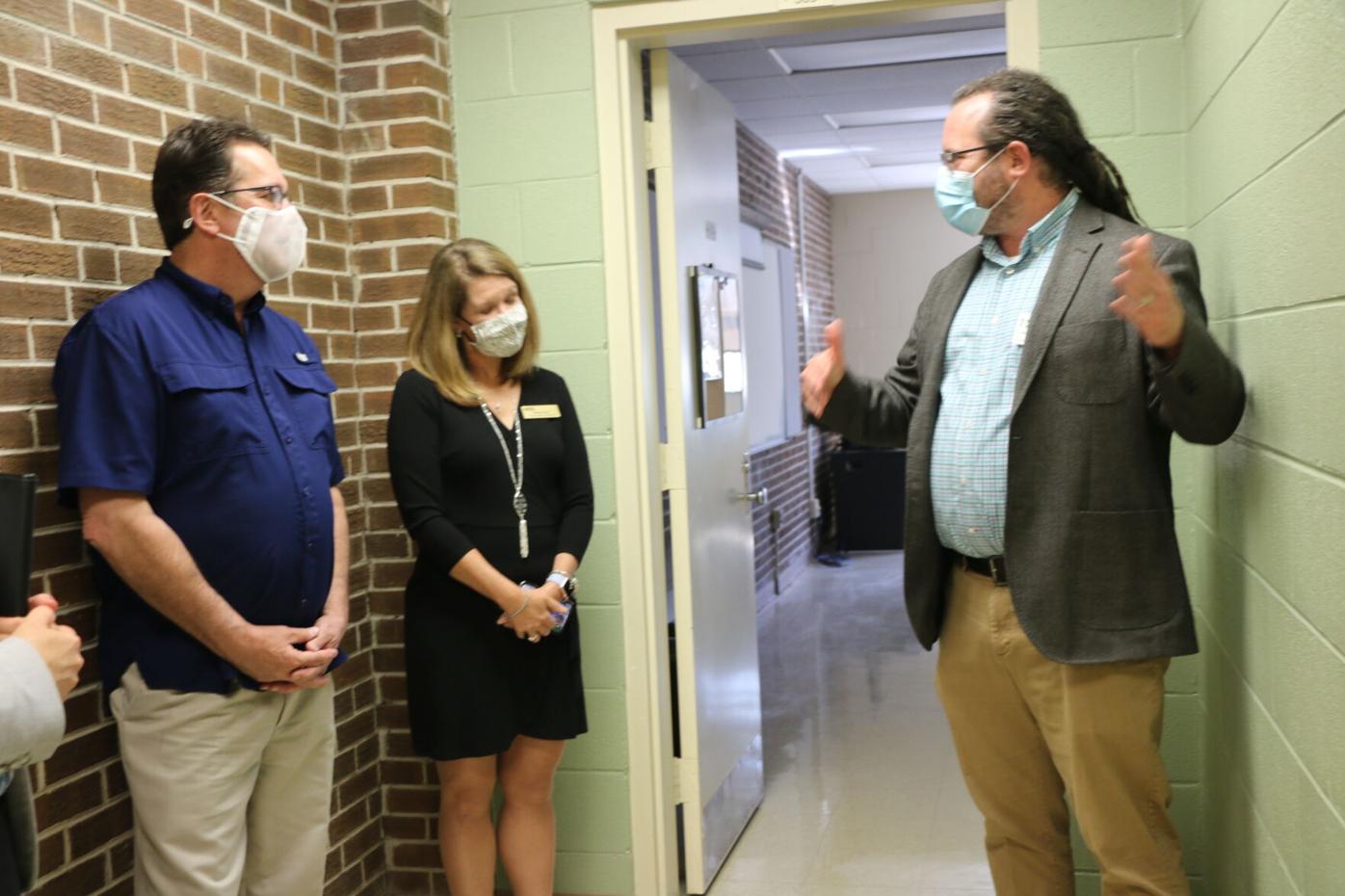 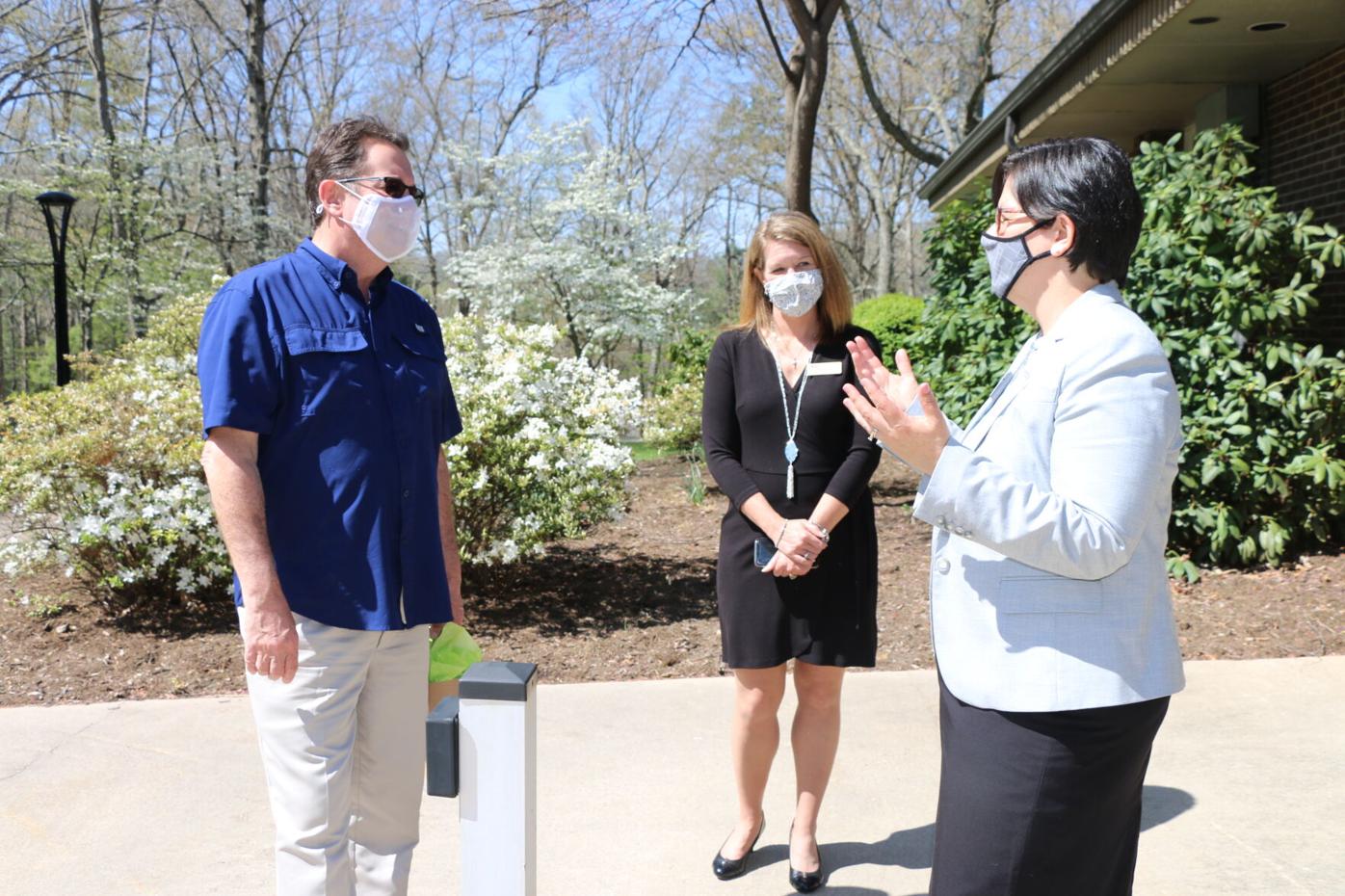 OFF LIMITS — The student services gathering space is closed for use until pandemic safety rules are lifted.

CLYDE — The Haywood Community College campus was aglow with spring colors and blooms Monday when N.C. Sen. Kevin Corbin was on site for a campus tour.

“You know this is the prettiest community college campus in the state, don’t you?” Corbin said to HCC President Shelley White and Wendy Hines, vice president instruction, his tour guides for the morning.

The 80-minute tour wound through the main campus buildings with narrative woven in about how the college had operated during the pandemic.

“Our library was open the entire time of COVID,” Hines said, stressing the importance of providing computer access for students without internet access at home or offering library materials for those long evenings when entertainment options were limited.

The tour offered Corbin his first in-depth look at all that the campus has to offer. He is the new senator for Haywood that replaced former N.C. Sen. Jim Davis, who retired. Corbin said he’d been to the campus before, but that was about it.

In buildings when classes were taking place, he’d take a quick look, introduce himself and even told a quick story about his mesh mask after being complimented on it by a student.

As a member of the Senate education appropriations committee, Corbin told White and Hines if they had any special requests to help them do their jobs better to let him know.

There would be a far better chance of having a one-time project funded as opposed to something that would be an ongoing expense, he advised.

“Money you don’t get is money you don’t ask for,” he said, noting funds could either be allocated through a specific bill or inserted into a budget line item.

White told Corbin of a specific need, but it involved specialized training as opposed to a project.

“Recognizing the need for more short-term training opportunities in construction and industrial trades, we are requesting support to increase training in carpentry, HVAC, plumbing, lineworker/broadband installation tech, instrumentation tech and machining,” White said later. “We have applied for workforce development grants to support these areas, as well.”

During the tour of the Creative Arts Sycamore Building, Hines said HCC is the only community college in the state offering all four craft mediums — fiber, metals, ceramics and wood.

In addition, the college offers a professional craft program where artists can learn not only how to follow their artistic passion, but make a living doing so.

As the group wound its way through the major education building on campus — one that every college student uses at one point, Hines spoke of the number of times the building has been renovated or added onto. At one point, the group had to go outdoors to access another part of the building and White said the fact the building wasn’t fully accessible required plenty of juggling, especially if a student was injured mid-semester and could’t get to his or her classroom.

Corbin asked about installing an elevator, but White said a facility study is needed to determine whether the building should be updated — again, or if it would be better to demolish it and rebuild a modern building that could perhaps accommodate the early college program that has outgrown its building at the other end of campus.

Corbin was interested in the nursing program that will be moved to the new health sciences building when it is complete in about a year. He got a driving tour past the automotive, forestry, cosmetology and the public services training facility — a building that needs major maintenance after just five years considering the training includes using axes to chop through walls and setting fires to simulate a variety of situations firefighters could encounter.

Off-campus buildings such as the Regional High Tech Center, the Small Business Center and the west Waynesville facility that formerly served as the Dayco union hall were skipped due to time.

“Community colleges are one of our best resources,” Corbin said. “They offer a very cost-effective way for students to receive an education.”