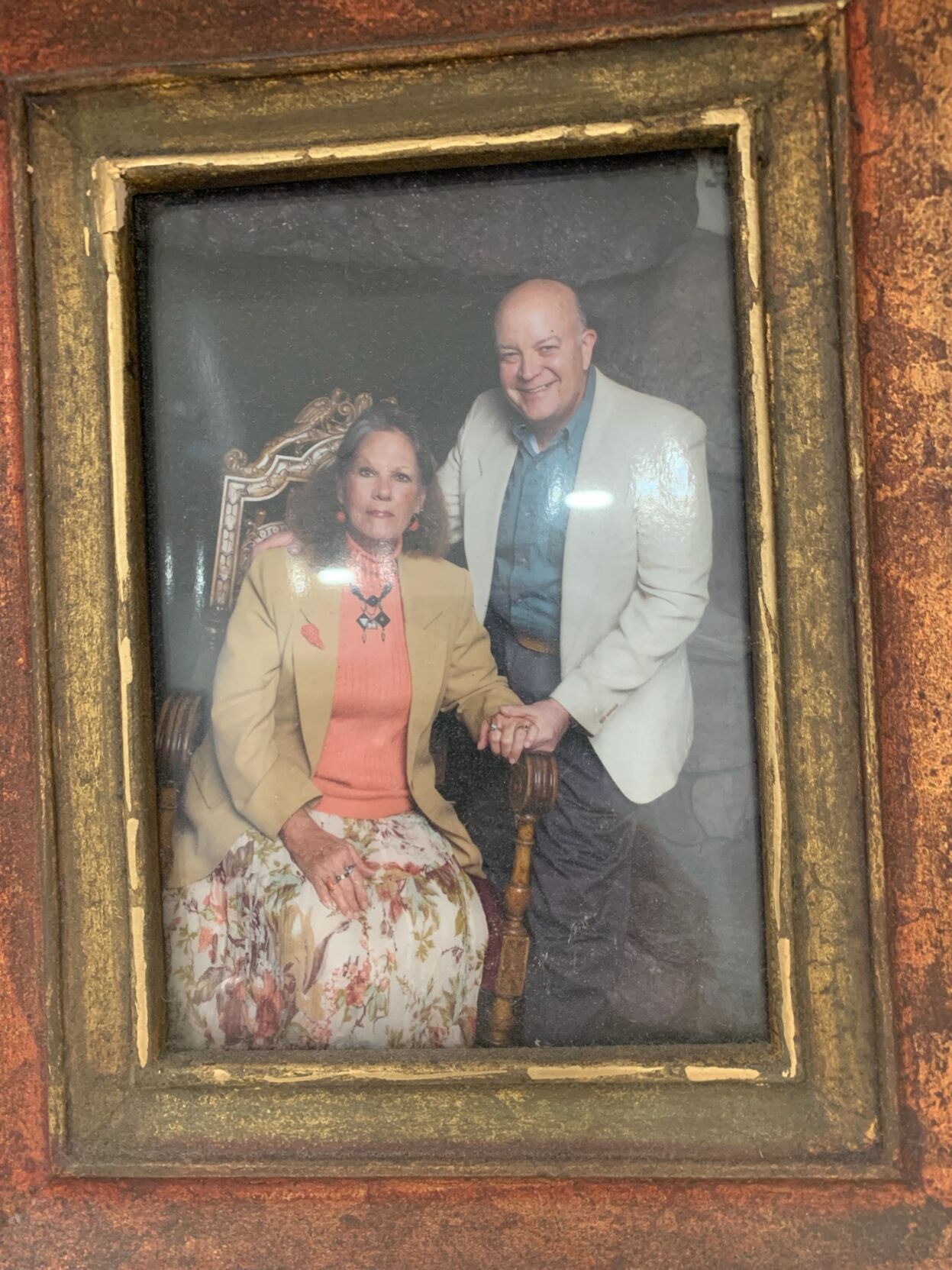 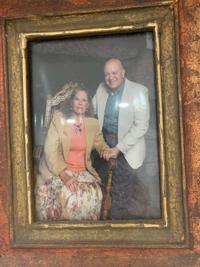 This photo of Meredith and Ron Rookstool was taken eight years ago. 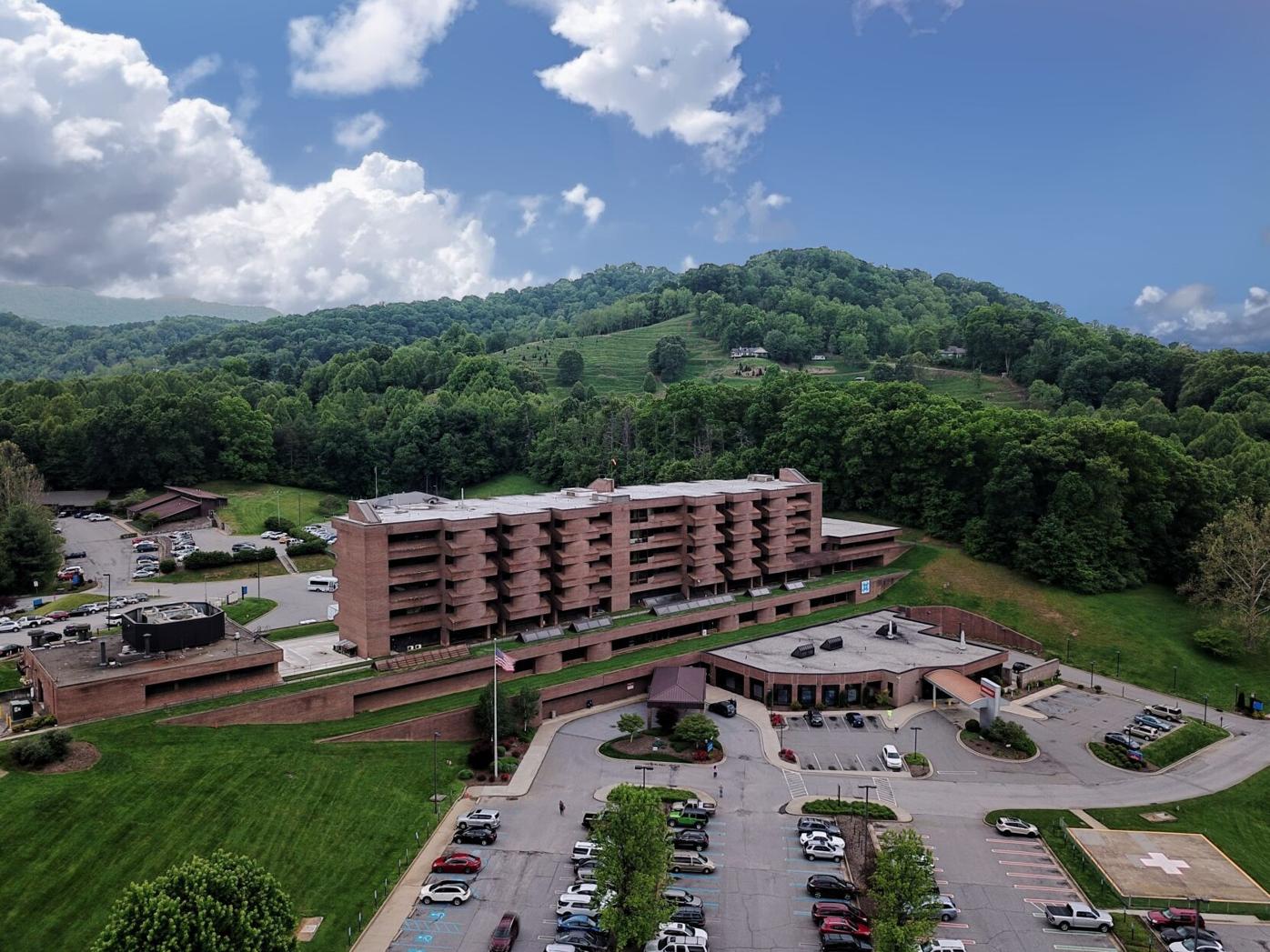 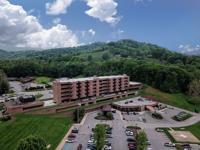 This photo of Meredith and Ron Rookstool was taken eight years ago.

Ron Rookstool, 75, is an ardent Haywood Regional Medical Center supporter, and has been a hospital volunteer for nearly 15 years.

Even after his wife died at the hospital from complications of an ongoing wound infection, he finds no fault with the care she received or the fact she died in the hospital several days after waiting 30 hours in the emergency department before a hospital room opened up.

Still, he’s not happy with the state of healthcare these days that led to a long wait until a bed on one of the floors opened up. Since visitors aren't allowed in areas where COVID patients could be, he wasn't allowed to visit until she was in a room, and by that time she had lost consciousness.

“I took her in on Monday around 4:30 p.m.,” he recalled. “I was able to help her down four steps and get her in a wheelchair at the hospital. The security officer said I couldn’t go in because no visitors allowed because of COVID, which I understood.”

That was the last time he was able to have a conversation with his wife, Meredith.

He kept tabs on her as she waited in the emergency department for a hospital room, something that didn’t happen until around 9:30 p.m. the following day.

As a long-time hospital volunteer, Rookstool was well familiar with the normal procedure, one used before there were 29 COVID-19 patients in the hospital as there were the night he brought Meredith in.

Health officials track COVID hospitalizations and say that, on average, more than 90% are unvaccinated.

Those seeking emergency care are generally taken back to a room in the department, and after an examination and tests, if necessary, patients are either treated and released or transferred to a hospital room.

When his wife was finally admitted and he was allowed to visit, she didn’t even know he was there with her.

She later went into cardiac arrest and was taken to the intensive care unit where she ultimately died from a heart attack.

“Maybe if she was in a room sooner, she might have gotten better attention. It’s hard to say,” he said. “But if there was no room available, they couldn’t put her in a room.”

Rookstool said his wife’s doctor reviewed the hospital records and was the one who told him there wasn’t anything the hospital could have done to save Meredith’s life.

The situation that still haunts Rookstool is what has happened to medical care in the Haywood community with the current spike in COVID hospitalizations. It’s a situation medical professionals have been begging the community to heed for the past several weeks.

When COVID cases began rising this summer due to the far more contagious Delta variant, ambulances were routinely diverted to whichever hospital in the region had available room. Then it was a situation where ambulances were waiting outside a hospital with a patient onboard until space freed up, often for hours. Now that hospitalizations are reaching levels they were at early in 2021, there are no hospitals in the region, including Mission in Asheville, accepting ambulance patients, sometimes for a day or two.

“It’s a crisis, and it is real,” Donaldson told the Haywood County Commissioners earlier this month. “My staff, the hospital staff, nurses, doctors, paramedics, firefighters, all are overwhelmed right now.”

Donaldson said ERs are full, hospitals are full and urgent care centers are at capacity. The situation is the same across the region.

“As far as outside resources coming to help us right now, there’s not anything coming. What Haywood County has here in Haywood County is what we have to take care of our own. And right now that is being overrun.”

Rookstool said he kept hoping more people would get vaccinated and cut down on the hospitalizations and deaths from COVID.

“The largest number of people coming to the hospital with COVID are unvaccinated and they are taking up the rooms that could be used by others,” he said. “People who say they have the right and the freedom to not take the vaccine don’t consider what they are doing to everyone else when they get it and spread it.”

What Rookstool regrets the most is that he didn’t have a chance for a last farewell with Meredith.

Had the hospital not been filled with COVID patients, he said, perhaps Meredith would have gotten into a room sooner where he could visit and wouldn’t have been unconscious by the time he next saw her.

Greg Caples, Haywood Regional Medical Center’s chief executive officer, said COVID patients have been occupying between 30% and 40% of the available patient beds at the hospital in the past several weeks.

The hospital is about seven weeks into the most recent COVID surge, he said, and with the available workers, is able to staff up to 80 or so beds. There was a nursing shortage even before the pandemic, Caples said, noting hospitals across the nation are struggling with staffing issues.

HRMC is licensed to operate 154 beds, but has never reached that level, though the 80-bed level is lower than the number that would have been available pre-pandemic, Caples said.

“We’re doing a lot of recruiting and making progress, but it’s a slow and very competitive process,” he said. “People have a lot of choices.”

The staffing shortage is not just for registered nurses, but across all areas of the medical field, he added.

Caples stressed that those in need of medical care shouldn’t postpone seeking help.

“We are here to help our community and want all who need help to seek it,” he said. “We don’t want people to feel they shouldn’t access healthcare in whichever setting is most appropriate.”

The hospital has put out a COVID video, something it will do twice a month unless something crops up sooner that needs to be addressed.

As always, individuals can help reduce the burden on the healthcare system by getting vaccinated, washing their hands, wearing a mask while indoors or at crowded outdoor events and social distancing.

So sorry for Mr. Rookstool's loss.

Perhaps instead of blaming the unvaccinated, you should examine the facts in your inset item on page A-10. According to that article, HRMC has 80 or so beds staffed out of a licensed 154 beds. Perhaps the issue is a more of a lack of staff than a covid one. Of course, that inconvenient fact doesn't fit this story headline's narrative.

Thanks so much for publishing this article. As always you did an exceptional job of telling my story. I hope there will be many more stories in the near future about the safety of the vaccine and to encourage the unvaccinated to discuss it with their family doctor.

This breaks my heart. My sincere sympathy to Mr. Rookstool and his family. I pray this story will change the minds of some who refuse to be vaccinated.