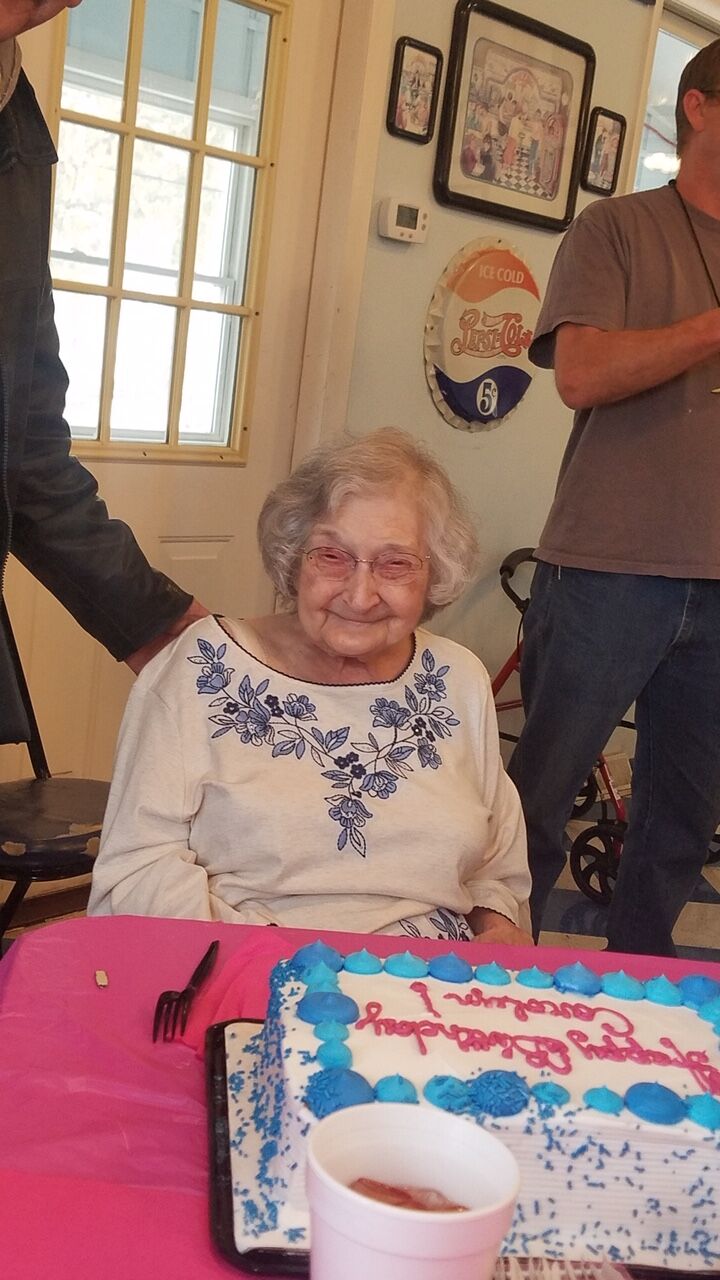 NO MORE BIRTHDAYS — Carolyn Graham was honored at Juke Box Junction during a recent birthday by her son, Mike, who owns the business. At age 85, she died after testing positive for COVID-19. 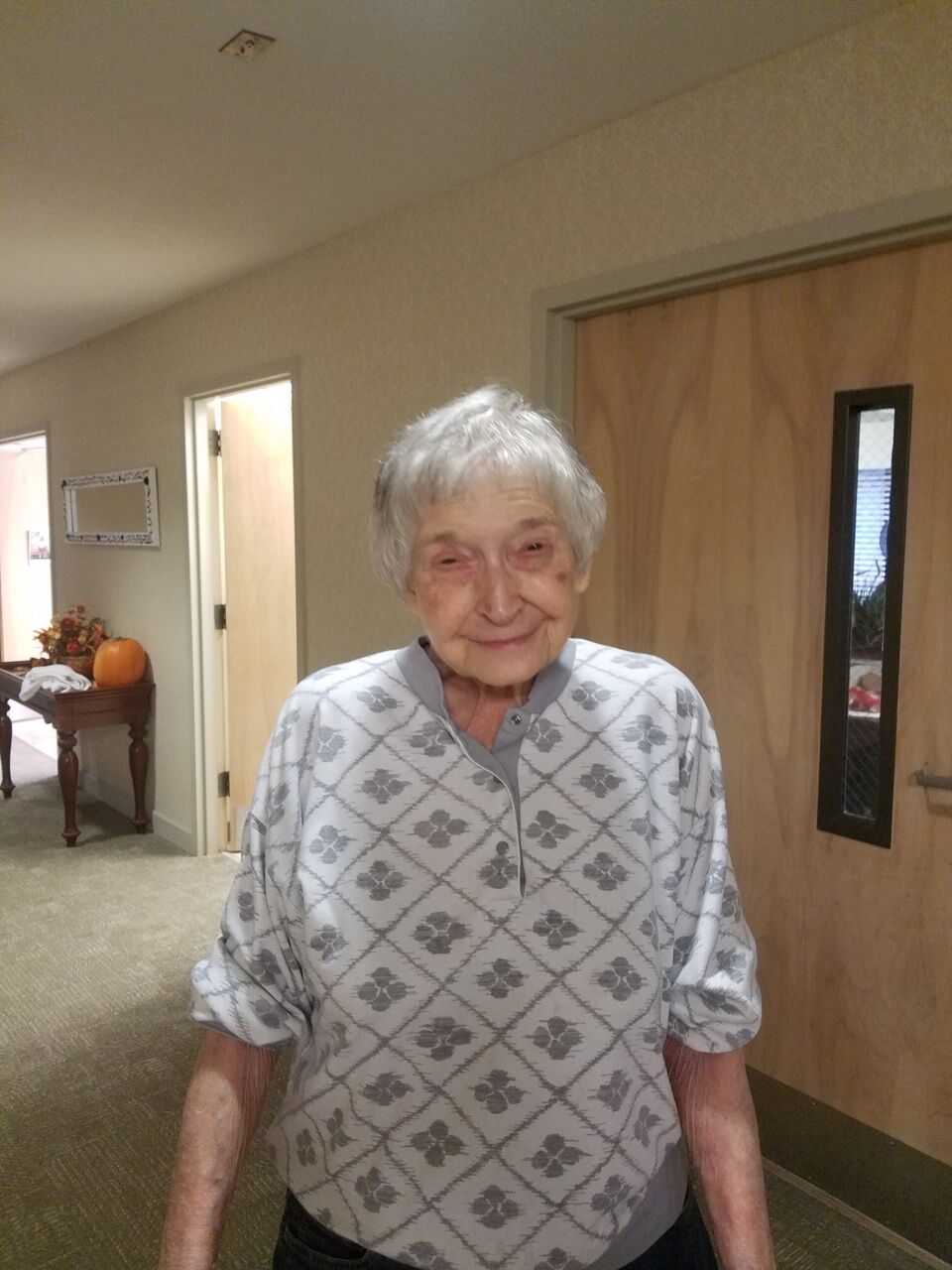 LOVED SILVER BLUFF — Carolyn Graham lived with her son for three years before moving into Arrowhead Cove at Silver Bluff Village. She was later transferred to the long-term care wing, spending a total of three years at the facility before dying after a COVID diagnosis.

NO MORE BIRTHDAYS — Carolyn Graham was honored at Juke Box Junction during a recent birthday by her son, Mike, who owns the business. At age 85, she died after testing positive for COVID-19.

LOVED SILVER BLUFF — Carolyn Graham lived with her son for three years before moving into Arrowhead Cove at Silver Bluff Village. She was later transferred to the long-term care wing, spending a total of three years at the facility before dying after a COVID diagnosis.

She was a resident at Silver Bluff, and died within a week of testing positive for the virus that has proven it can be deadly, especially to the elderly and those with compromised immune systems.

Upon learning his mother had tested positive for the virus, Graham said his first reaction was that, at her age, it was a death sentence. Still, he has nothing but admiration for Silver Bluff and the outstanding care they provided for his mother during her three-year stay at the facility.

“My mom felt safe there,” he said, noting that it was just minutes away from Juke Box Junction, the restaurant he owns in Bethel. “The people over there loved her and she loved them.”

Graham said he frequently visited his mother in the pre-COVID days, and later would stand at the window to talk or chat on the phone. But the last few days she couldn’t even manage a phone conversation.

“It happened that fast,” Graham said. “They are working so hard at Silver Bluff to contain this monster. I know the frustration and pressure they are under 24-7. I can only imagine how demoralizing the situation is for the staff there. My heart just breaks for them.”

Graham said his mother was 85, had health issues and a Do Not Resuscitate order. That was one of the reasons he didn’t transfer his mother to the hospital.

“I am angry for how she left us, but I am comforted that she will no longer suffer,” Graham said.

Silver Bluff notified him on July 14 that his mother had a slight fever and had been tested for COVID, Graham said, but the results didn’t come in until July 20, at which time the family learned she was positive. On July 28, she passed away.

Waiting six days for a test result is unacceptable, Graham said, speculating that if his mother could have had test results back in 24 hours, she would have had a better chance of surviving.

“If Congressman Gohmert can be tested and get the results back in 20 minutes, why can’t Haywood residents get results back in a similar time frame?” Graham asked. “The sooner treatment starts, the greater the chance for a positive outcome. Yes she was 85, and yes she had a number of health conditions. However as a government that claims to care about its most vulnerable residents, the lack of urgency shown thus far proves otherwise.”

In March, Graham addressed the Haywood County Board of Commissioners where he predicted the virus would grow exponentially and promoted a path of aggressive action.

“A greater since of urgency has to be implemented by our county,” he said. “I don’t understand why the facilities are having to foot the bill for the test. Those costs need to be covered by the county via the Haywood Healthcare Foundation. If they can cover the cost of a multi-million dollar nursing school, surly the can cough up a couple hundred thousand for something like this.”

Graham said health officials nationwide knew there was going to be a rapid increase in cases and should have beefed up testing capacity so results could come back at faster pace.

“The CDC, the Congress, the President, along with state and local governments have made this pandemic a total fluster cluck,” Graham said. “Imagine if we were being invaded by a foreign country. Can you imagine the money and weapons we would use to combat that? But yet, this is worse than an physical army, yet we’re waiting to see who gets to monetize it the most.”

They nation had six months and billions of dollars in funding to get the testing to a point that is fast and efficient. There are 20-minute tests available — something that, as a business owner, would help not only individuals but the business community.

With the week-long testing delay, Graham is closing Juke Box Junction to in-person dining and will only provide take-out service.

If he knew he could get test results back in 24 hours, Graham said he would be more comfortable in continuing in-service dining.

The testing delays are not only bad for business, but hinder efforts to control the community spread.

“You can’t trace contacts after six days. People forget where they were or they forget to mention that they ate a restaurant, or what friends they were with,” he said. “I warned the commissioners at the March 16 meeting that we would be getting to this point in the pandemic. Sadly mom was the one that there was nothing we could do for her except to try and make her comfortable.”