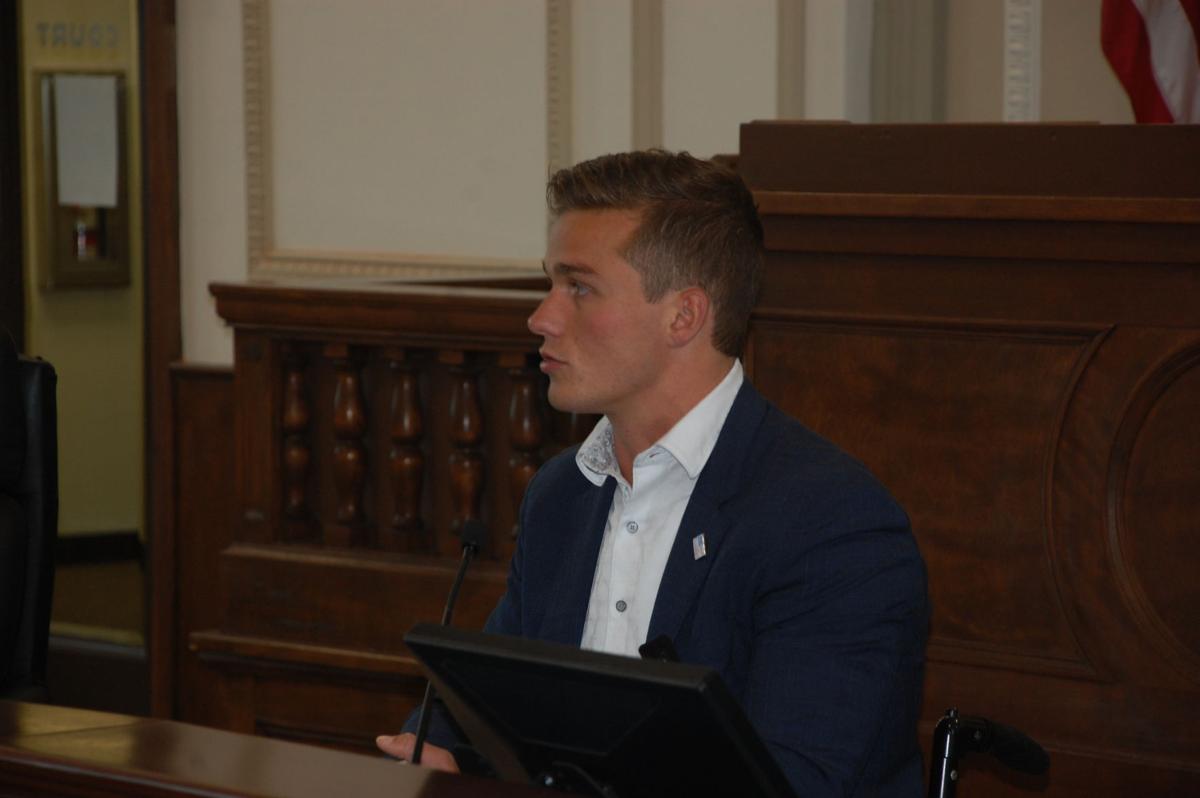 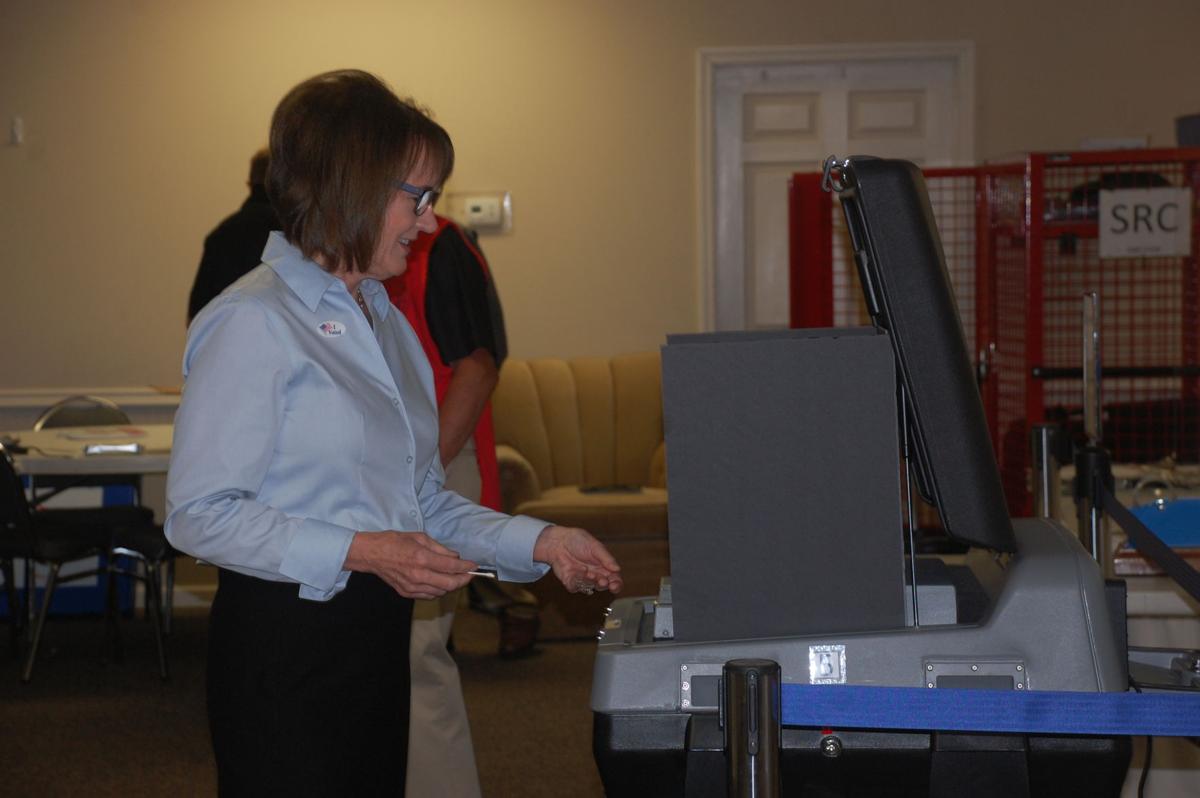 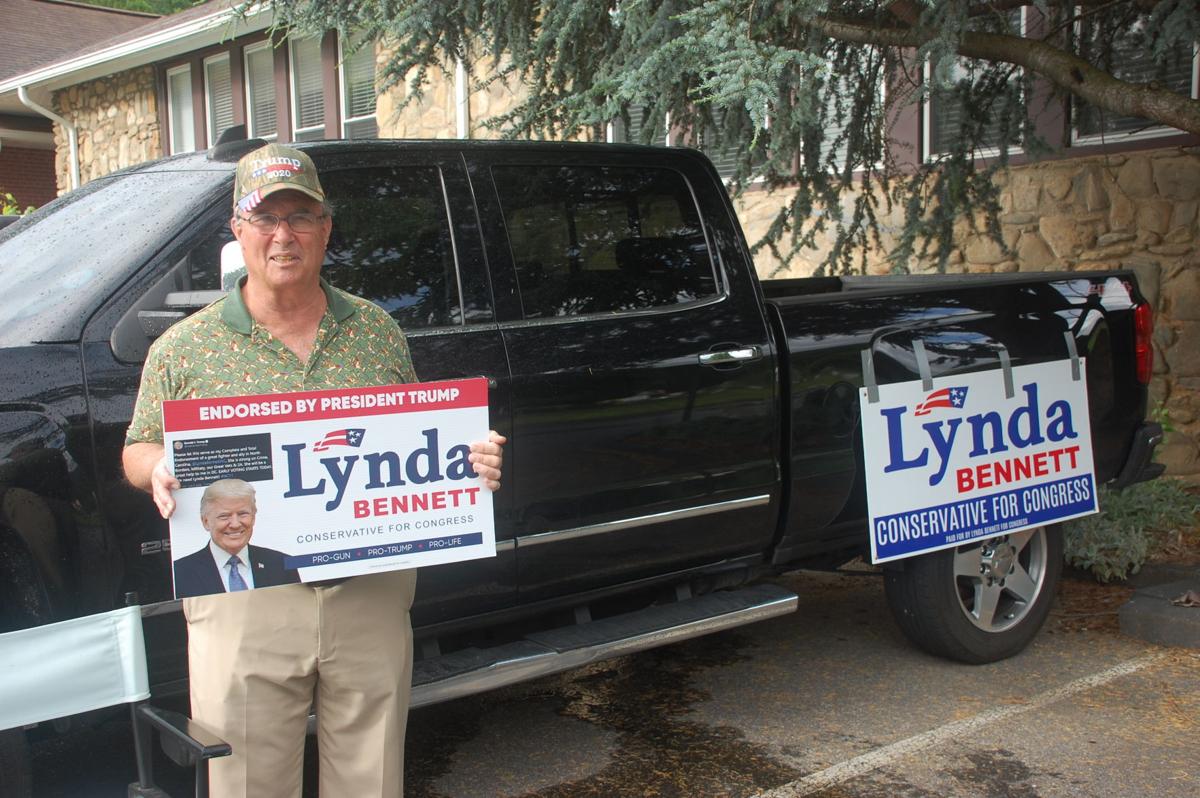 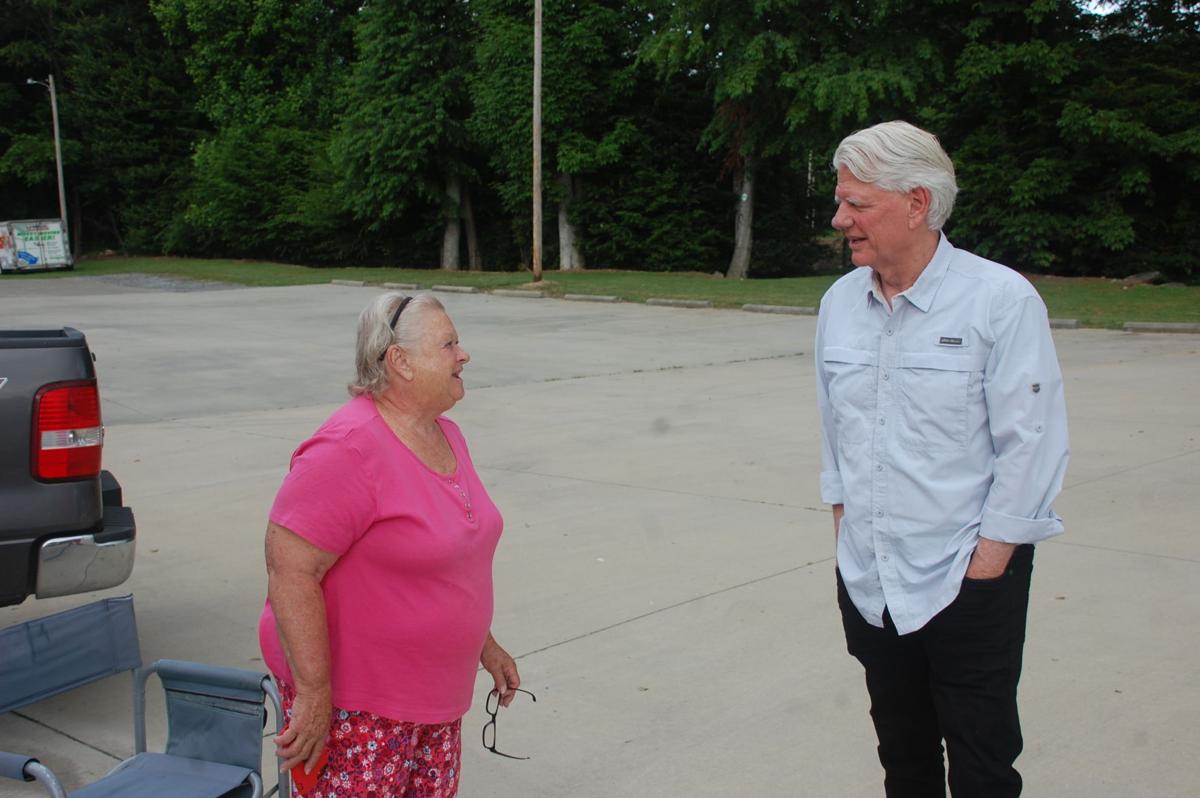 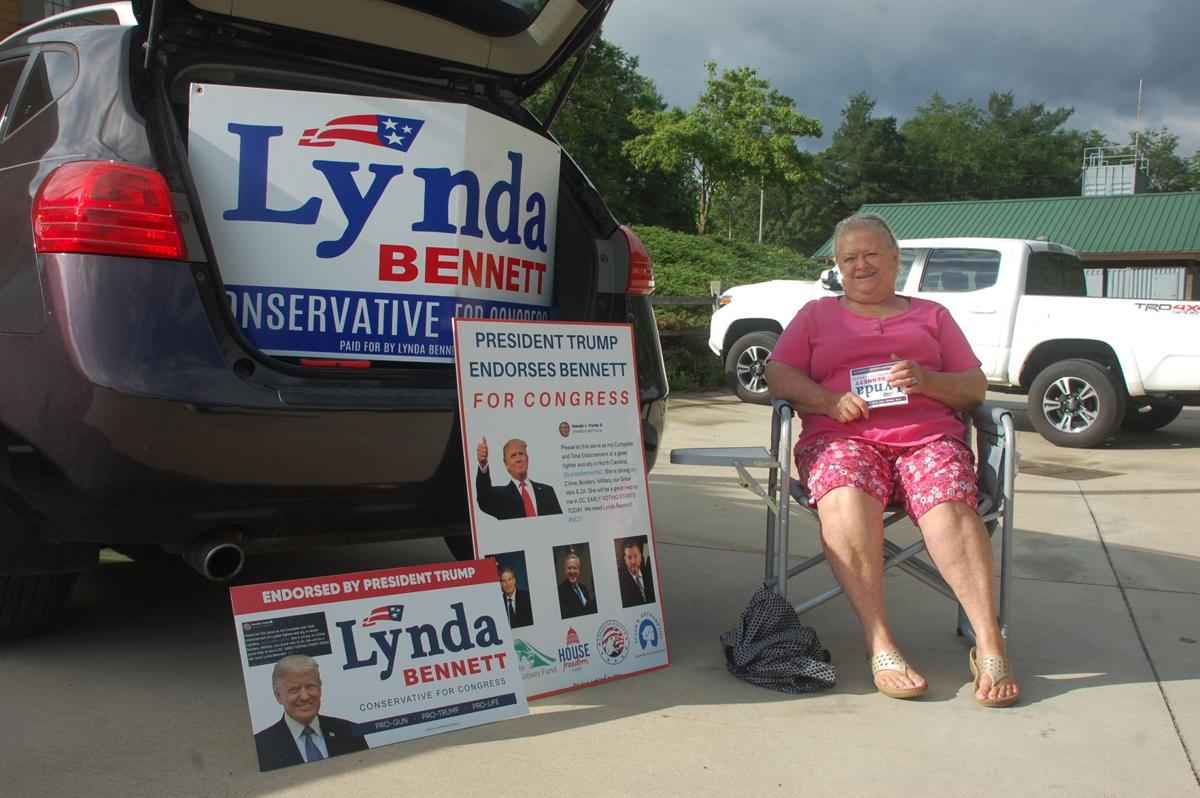 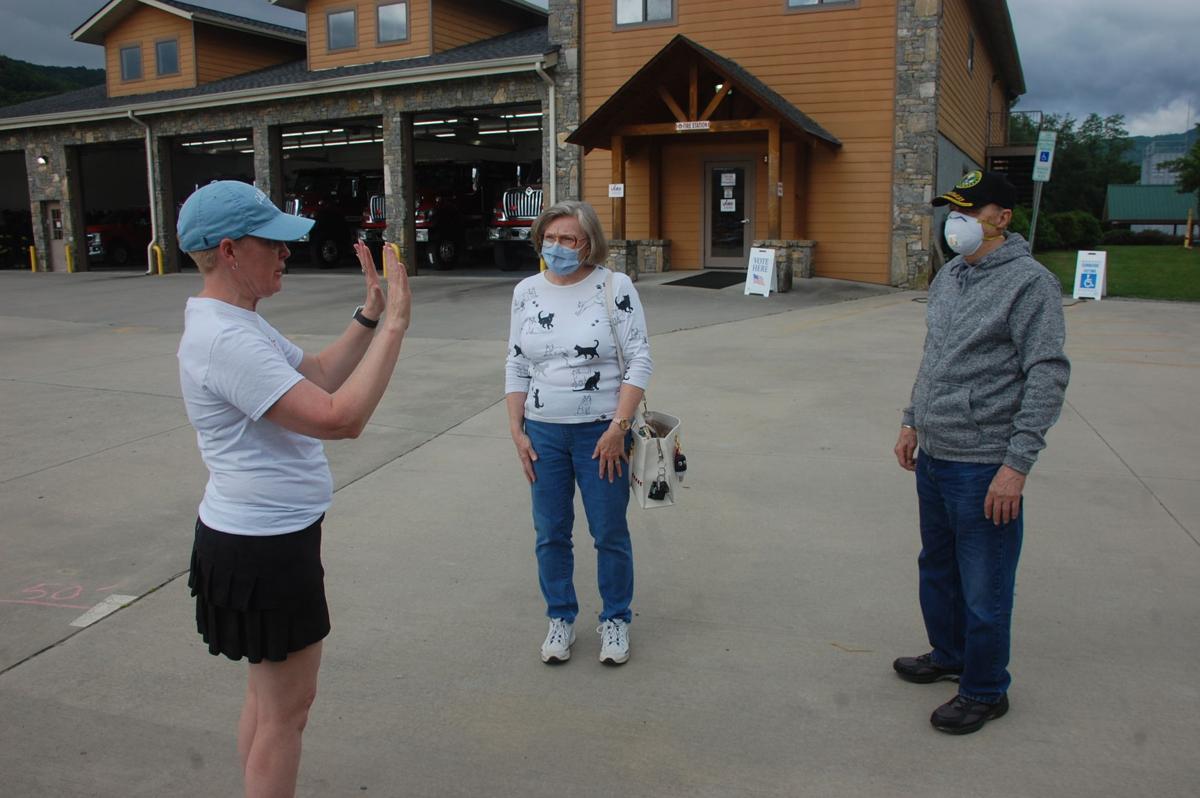 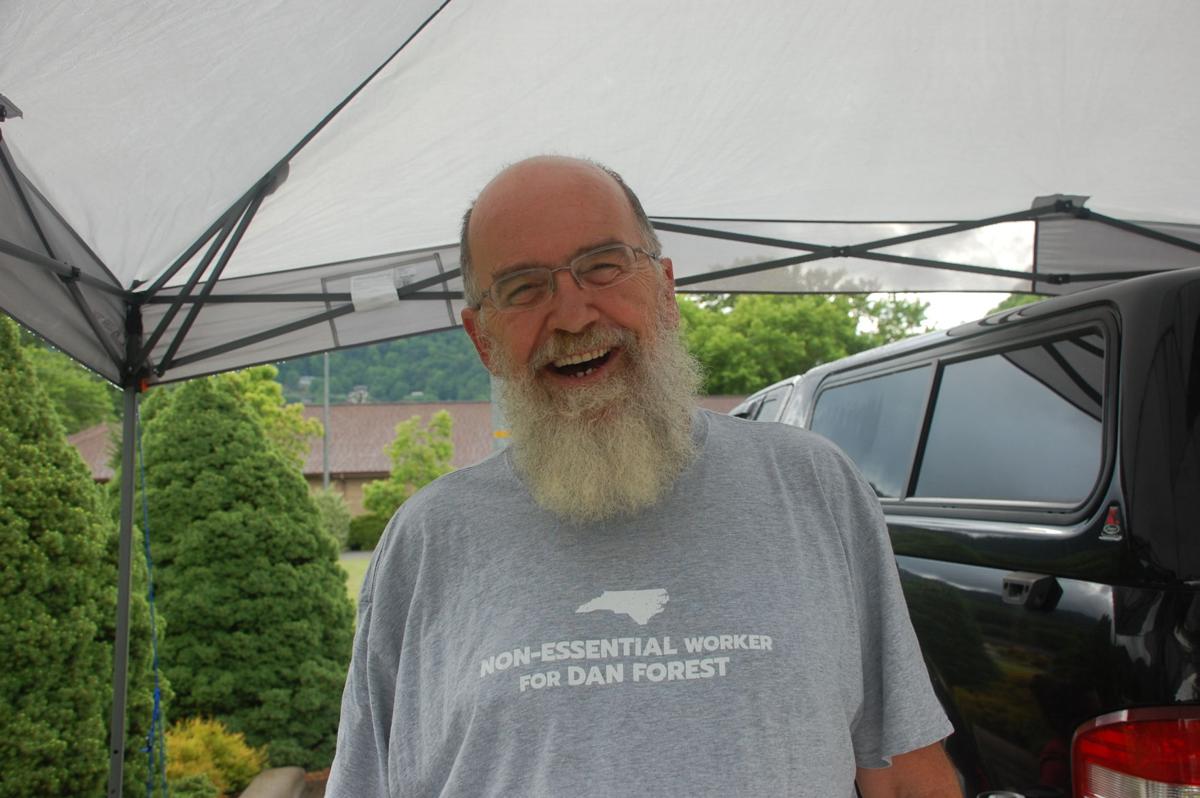 Madison Cawthorn has won the second primary to represent the Republican Party against Democrat Moe Davis in the General Election for North Carolina’s 11th Congressional District.

The results of the contest between Cawthorn, of Henderson County, and opponent Lynda Bennett, of Haywood County, came in Tuesday evening, with Cawthorn maintaining about 65 percent of the vote as more precincts submitted results. Things shifted in Cawthorn’s favor early in the contest as he took home about two-thirds of the early and mail-in votes, including about 53 percent in Haywood.

After his victory, Cawthorn said he expected to win, but not quite by that margin.

"It just goes to show that local endorsements can beat the big names," he said. "We knew we'd win coming into tonight, but we didn't know we'd win by that much. Our ground game was unbelievable."

Cawthorn said he was happy to come away with the majority of votes in Haywood, having topped Bennett in the county by over 500.

"I'm happy I was able to trounce her in her home county, and that’s probably what I’m most proud of," he said.

The victory comes after a long and, at times, heated campaign, especially considering Election Day was delayed from May 12 to June 23 due to COVID-19. The delay required both candidates to put more time and money into the race than would have been originally necessary.

The runoff election followed the first primary, held March 3, which featured a dozen candidates, making it nearly impossible for anyone to receive the 30 percent of the vote necessary to win that election.

Plenty of supporters of both candidates were out and about in Haywood County Tuesday to show their support. Paul Yeager spent the day at the Ivy Hills precinct in Maggie Valley. He said that while he initially supported Jim Davis, the third-place vote getter in the first primary, his focus quickly shifted to helping out Cawthorn when he saw what many perceived as former Rep. Mark Meadows, who now serves as the White House Chief of Staff, trying to pass his seat on to Bennett.

“I used to have great respect for him, and the timing of his retirement announcement and the timing of the Lynda deciding to run left a bad taste in my mouth,” he said. “And then he made the statement he wouldn’t endorse anyone to several people, but he ended up endorsing Lynda.”

Yeager said that if Bennett won the second primary, he may “hold his nose” and vote for her or he may just not vote for anyone in that race.

Also at the Ivy Hills precinct was Ed Huff. Huff, a Bennett supporter, said he has known his candidate for decades and has developed a strong friendship with her over the last few years. He said he has observed the way she’s supported the local Republican party throughout the years.

“She helped to build the Republican party in this area up to what it is now,” he said.

Supporters of both candidates were also at the Jonathan Creek precinct. Catherine Jones, who was on hand to support Bennett, said she’d have trouble backing Cawthorn, given his youth and lack of government experience. In addition, Jones was especially enthused about President Donald Trump’s endorsement of Bennett, which came via Twitter earlier this month.

“President Trump doesn’t endorse anyone lightly,” she said. “He checked her out ahead of time.”

Despite the fact that President Trump endorsed Bennett, Cawthorn said he hopes to have the chance to work with him as a member of the House of Representatives.

"I'm really looking forward to working with the President," he said. "This election wasn't a referendum on the president. It was about the people of Western North Carolina."

Electioneering for Cawthorn in Jonathan Creek was Michele Woodhouse. Woodhouse, who is a well-known Republican from Henderson County, said she made her way out to Haywood County to try to make an impact on Bennett’s home turf.

Woodhouse said she initially was leaning toward voting for Cawthorn, but after seeing the candidates’ performances at a Buncombe County forum, she became more convinced.

“After seeing that forum, I was solid for Cawthorn,” she said.

Two voters who headed to the polls in Jonathan Creek were Don and Andrea Tilmont. Don, a Korean War veteran, said he voted for Bennett in the first primary but was voting for Cawthorn this time around. Andrea echoed his sentiment.

“We talked to (Cawthorn) on the phone a couple of times,” she said. “That, and talking to some of our friends, made me feel like maybe I’d made a mistake the first time around.”

Now Cawthorn’s focus will shift to Democrat Moe Davis, who has had the luxury up to this point of sitting back and spending less money while Cawthorn and Bennett squared off. Cawthorn said he's looking forward to taking on an opponent he considers more formidable.

"I assume this campaign will be dirtier," he said. "It looks like he's willing to be cut-throat, and at the end of the day, he'll vote the party line."

The date for the General Election, which will feature Moe Davis, Cawthorn, Libertarian Tracey Debruhl and Green Party candidate Tamara Zwinak is scheduled for Nov. 3.