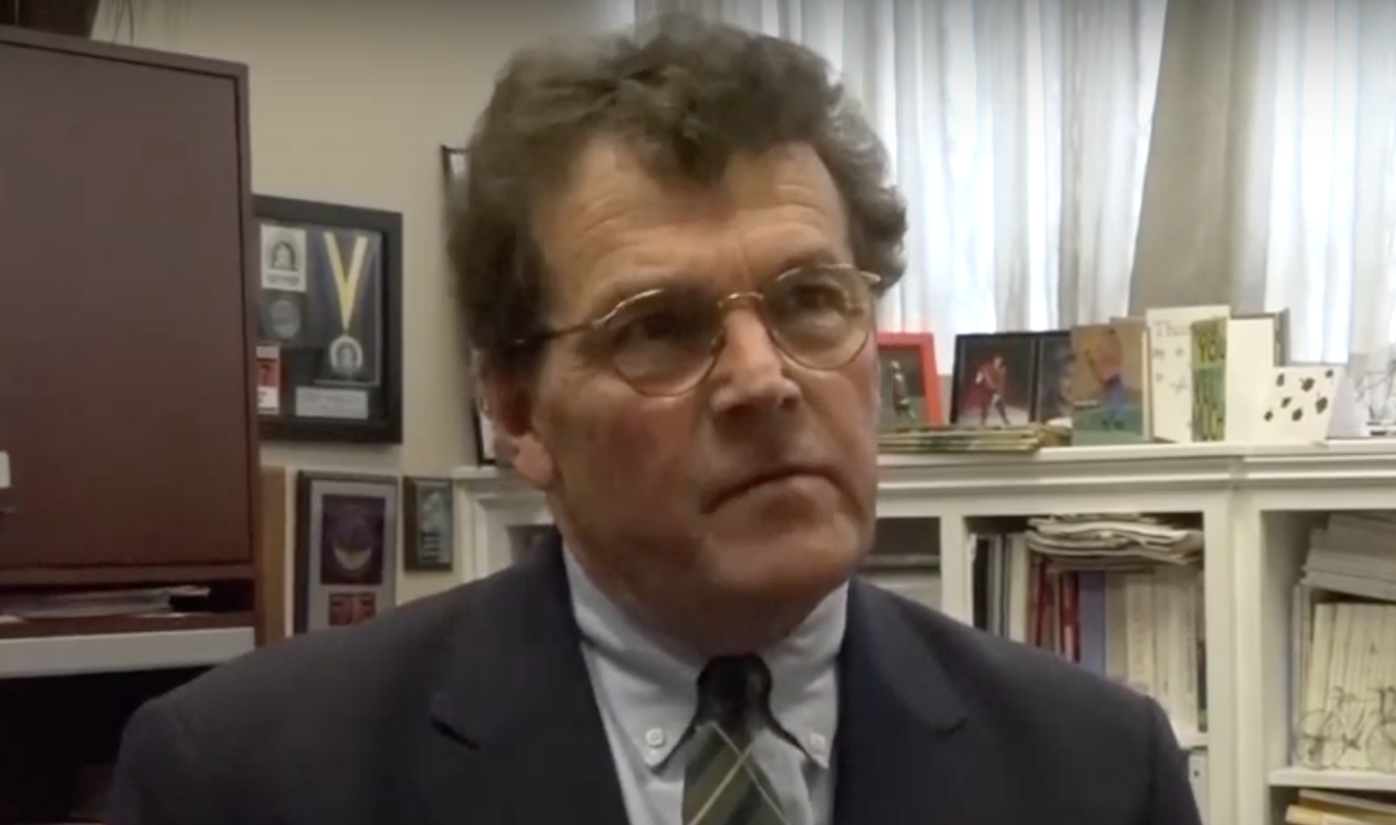 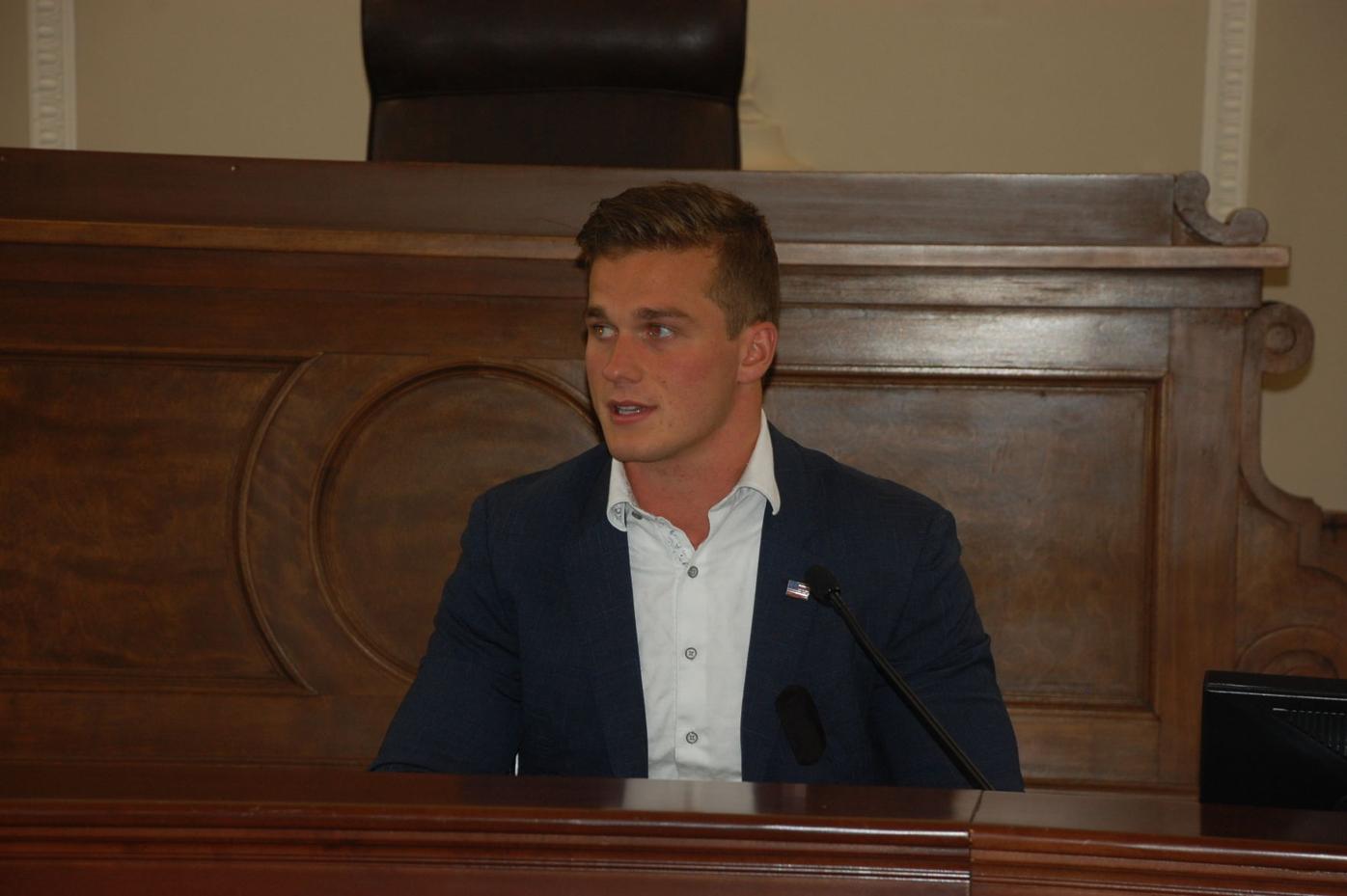 The race for NC-11 is again making national news after a website produced by the Madison Cawthorn campaign alleged that journalist Thomas Fiedler wanted to “ruin white males.”

The story, written by former Jeb Bush Communications Director Tim Miller, broke in The Bulwark and cites Cawthorn’s campaign website moetaxes.com, which aims to draw a contrast between Cawthorn, a Republican, and his opponent, Democrat Moe Davis. The two are vying to fill White House Chief of Staff Mark Meadows’ former seat in Congress.

Fiedler, who worked for The Miami Herald for 34 years before heading up Boston University’s College of Communication for 12 years, now writes for AVL Watchdog, which produces investigative reporting relevant to Buncombe County. Between his time in Boston and his move to the mountains, Fiedler volunteered for New Jersey Sen. Cory Booker’s presidential campaign. Booker ultimately withdrew during the primary.

According to The Bulwark story, moetaxes.com had a section claiming that Fiedler and Davis had been working together.

“He quit his academia in Boston to work for non-white males, like Cory Booker, who aims to ruin white males running for office,” reads the text on a screen shot of the website.

Since then, that language has been changed to say, “He quit his academia job in Boston to become a political operative and is an unapologetic defender of left-wing identity politics.”

The story has even been picked up by The New York Times.

In an interview with The Mountaineer on Friday, Cawthorn admitted he’d made a critical mistake.

“I went and watched that video where they got that actual quote from Thomas Fiedler, saying his goal was to work for nonwhite males,” he said. “It was a major syntax error that was not clear that we were quoting him. Without context, that looks awful. At the end of the day, the buck stops with me. I should have read deeper into the moetaxes.com website.”

“At the end of the day, someone on my staff, not exactly sure who, made a mistake,” Cawthorn added. “I did approve the moetaxes website. I wish I had gone back and really read that and said, ‘Hey this could be ripped out of context.’”

Fiedler, a Pulitzer Prize winner, also spoke with The Mountaineer.

“My reaction was just to find it ludicrous … the allegation itself is nonsensical,” he said. “The allegation had, I think, more to do with the idea that I somehow was racist myself because I had worked as a volunteer for Cory Booker’s campaign. It somehow demonstrated that I was (against) white candidates.”

The video from which the quote came from makes clear Fiedler’s motivation to volunteer for the Booker campaign.

“What I was not looking for in this race was to work for a candidate who I think has enjoyed all the privileges of being a white male,” he said in the video. “We have some very talented white men who are running for office. They don’t need my help. Society has helped them well enough along the way. Cory Booker is African-American. I think that is the future of where the country ought to be. We’re a nation that needs to not just have diversity but make diversity our strength.”

Fiedler said he was excited then to have the opportunity to volunteer and be on the inside of a campaign, something he’d never had the chance to do during his journalism career.

But now, Fiedler is back into journalism. He and his colleagues at AVL Watchdog — who have equally impressive credentials — have worked on large-scale stories beyond just the congressional race.

“Those of us who are involved in AVL Watchdog are all retired journalists in a situation where we’re fortunate to do this almost as a volunteer service,” he said. “If I wasn’t doing something like this, I’d be volunteering elsewhere in the community.”

Fiedler made it clear that he is not working for Davis’ campaign in any way.

Fiedler recalled another time he’d been attacked for his journalistic work when he broke the Gary Hart scandal back in 1987.

“I think I grew a pretty thick skin around that time because the attacks that grew out of that were significant,” he said.

Fiedler said that although he hasn’t spoken with Cawthorn since The Bulwark story was published, he has talked with campaign spokesman John Hart.

Cawthorn ultimately said he is “disappointed and sorry” if anyone comes away from this situation thinking he is racist or even tolerates racism.

“Every person in this country is worthy of dignity, honor and respect, and I regret if anyone ever thinks I will judge them based on the color of the skin, or based on their religion,” he said. “That is something I wholeheartedly disavow. I hate white supremacists. I hate anybody who uses identity politics to determine people’s positions.”

This incident is a good opportunity to ask ourselves what should be an obvious question--for starters: Why on Earth would a white journalist want to "ruin white males"? What does "ruin" mean, for that matter?

Related questions in the walkin'-around-sense category: Why would Demoocrats, the vast majority of whom are white , want to send ravaging hordes of Black people through suburbia? Why would we want to burn down our own businesses and homes? Not that only white people care about their homes and businesses--that's mere Republican racist propaganda. Having had the pleasure of knowing and being friends with hundreds of Black people and other people of color since I was a small child in Kentucky and from 1964 on in Alabama, with a four-month work stay in New Orleans, I have seen absolutely no difference in races' love of family and country, respect for the law, value placed on education and raising oneself up by hard work, and morality. The difference I saw and see is that it's a lot harder to maintain all that when one is so frequently threatened psychologically and sometimes physically.

The Cawthorn extra campaign web site did not make a mistake. The staffer clearly meant what he wrote--it's completely consistent with his short "adult" life from his pilgrimage to his hero "the Fuhrer's" abode to the white "supremacy" symbols he chooses to identify his "business" with.

The last thing America needs is another ignorant racist on Capitol Hill.