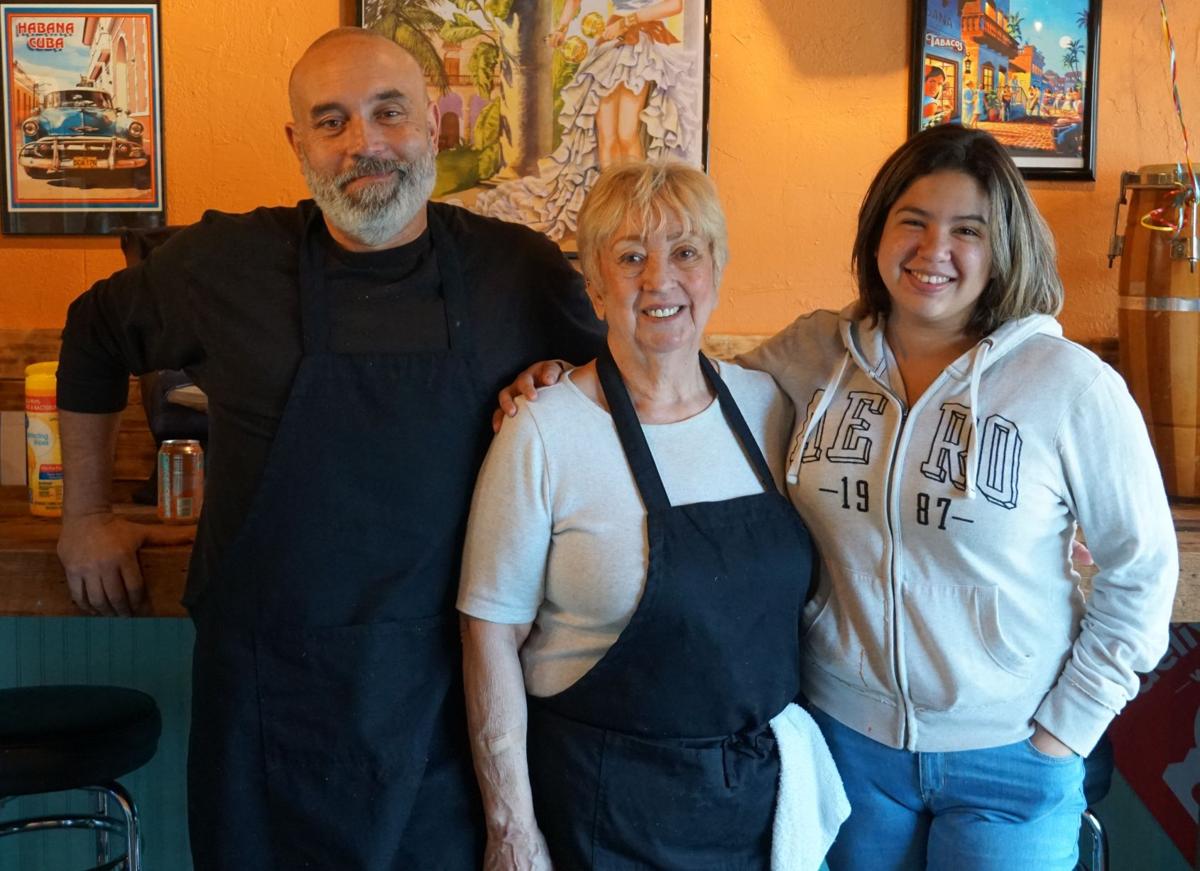 THE STAFF — From left, Angel Garrido, his mother Maria and daughter Stephanie pose for a photo at The Cuban Guy on Montgomery Street in downtown Waynesville. 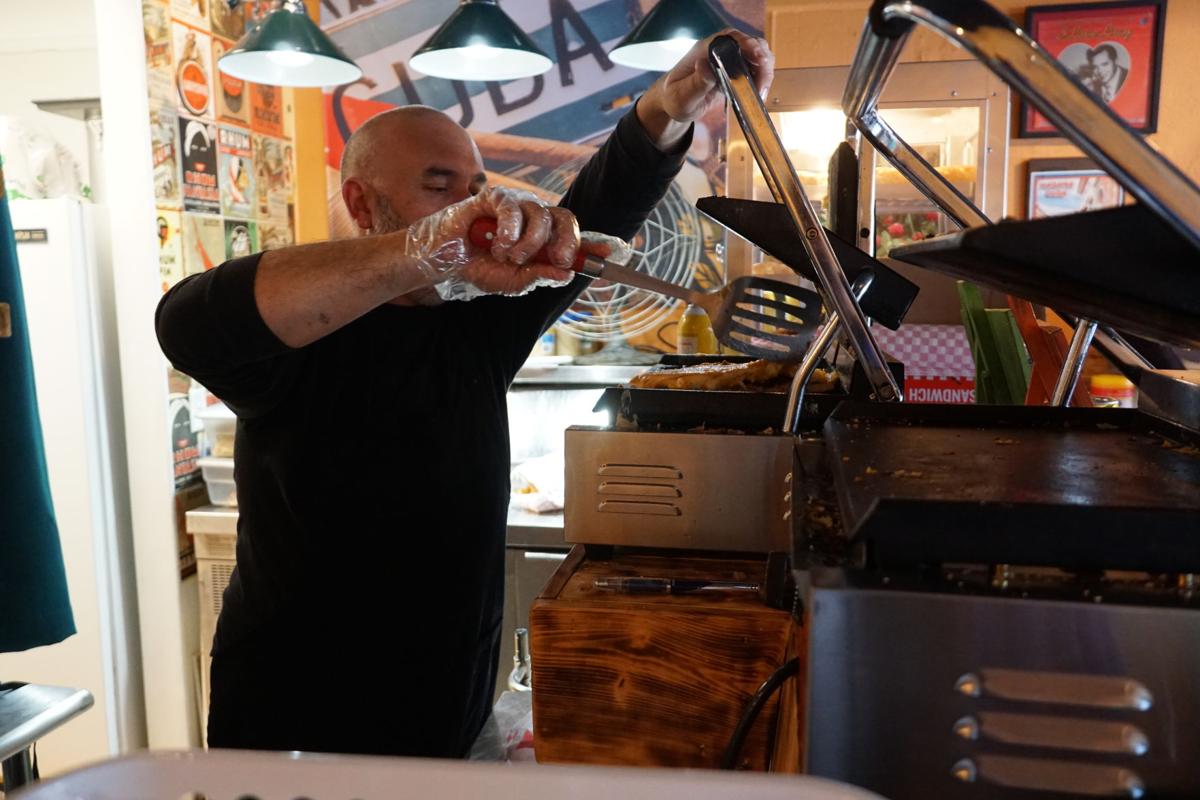 THE REAL THING —Angel Garrido checks on a Cuban sandwich as it cooks at his restaurant on Montgomery Street in downtown Waynesville.

THE STAFF — From left, Angel Garrido, his mother Maria and daughter Stephanie pose for a photo at The Cuban Guy on Montgomery Street in downtown Waynesville.

THE REAL THING —Angel Garrido checks on a Cuban sandwich as it cooks at his restaurant on Montgomery Street in downtown Waynesville.

The Cuban Guy Eatery has opened up shop, serving savory sandwiches and other authentic Cuban cuisine to the crowd at Angel Garrido’s small restaurant in downtown Waynesville.

Along with his mother, Maria, who is the cook, and daughter, Stephanie, who is the waitress, Garrido marinates his pork for two to three days before slow-roasting it nine hours and serving it on triangle-cut Cuban sandwiches.

“This is the real stuff,” Garrido said. “You need to get here before it sells out.”

In the two weeks since opening Oct. 28, Garrido said business has flowed to The Cuban Guy at 42 Montgomery Street in surprisingly large droves. The business is open Monday through Friday from 11 a.m. until 6 p.m., or until the food is sold out — and Garrido said he has sold out every day so far.

The original plan was to open a traveling concessions stand, but when the truck Garrido bought broke down before he got a chance to start cooking in it, he instead found a little storefront in Waynesville, which is like Mayberry compared to his hometown of Miami, Garrido said.

“I wasn’t planning to do it, but there was nothing Cuban out here,” Garrido said of his restaurant. “I did it small, because I wasn’t sure, but I was wrong. I should have gotten it bigger.”

It took six months to get the Montgomery Street building renovated and ready for customers. Now, with new hardwood floors, new counters and décor evoking 1950s Cuba, Garrido said he has an eatery that looks as authentic as the food it serves.

“We designed everything in here,” Garrido said. “We put up the pictures, we painted, we did the wallpaper — everything.”

For now, Cuban sandwiches are the menu’s mainstay, with guava pastries, ham croquettes, rice, beans, plantains and Cuban sodas available on the side. Monday, Wednesday and Friday, the Garridos cook an authentic Cuban meal based on family recipes, serving it as an option other than the sandwiches.

“I’m not going to do this like a full-fledged restaurant, I don’t want to do that — I don’t want to spend all my days and my time here,” Garrido said. “But I want everybody to taste a little bit of Cuba every day.”