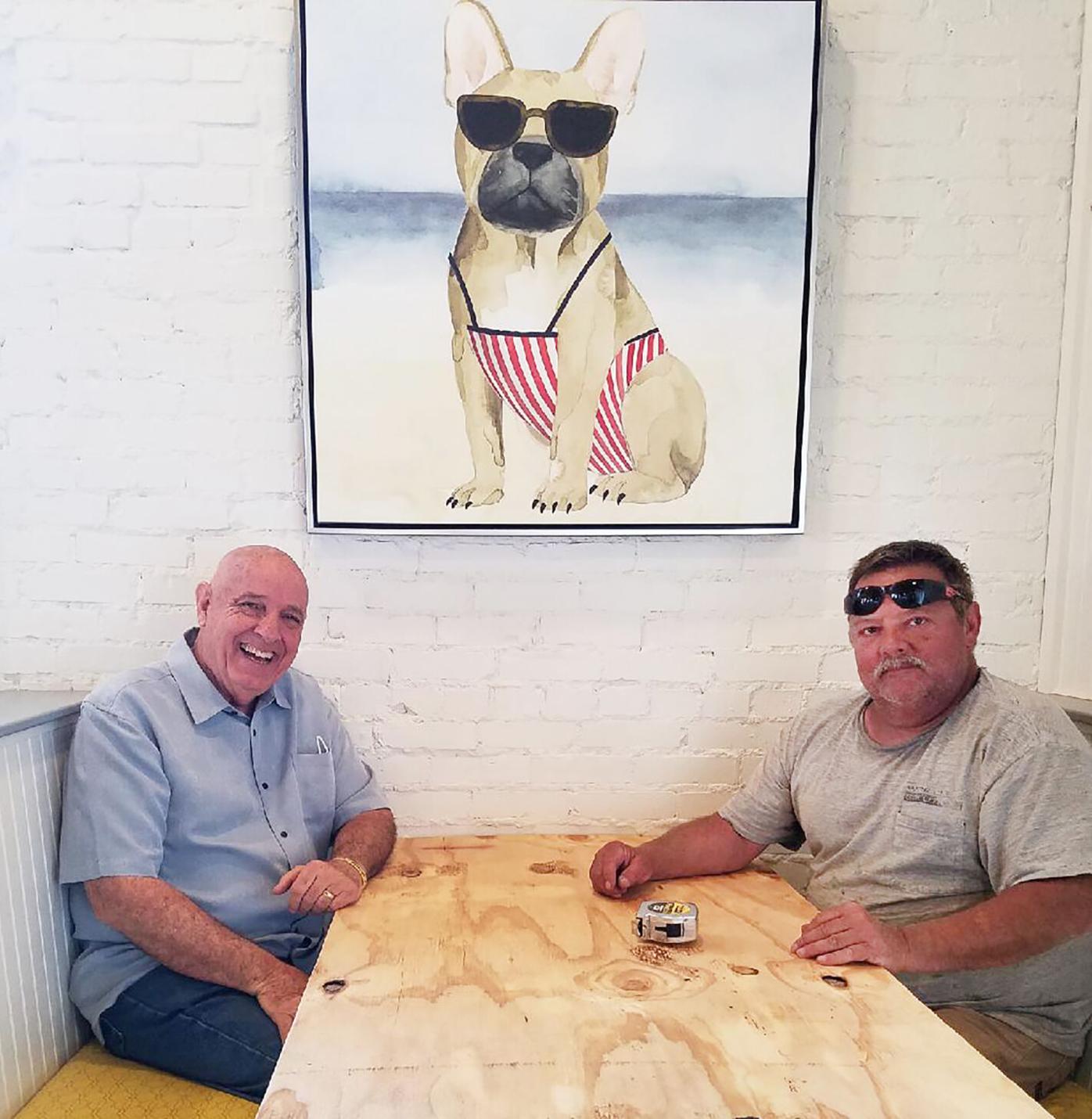 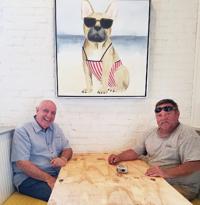 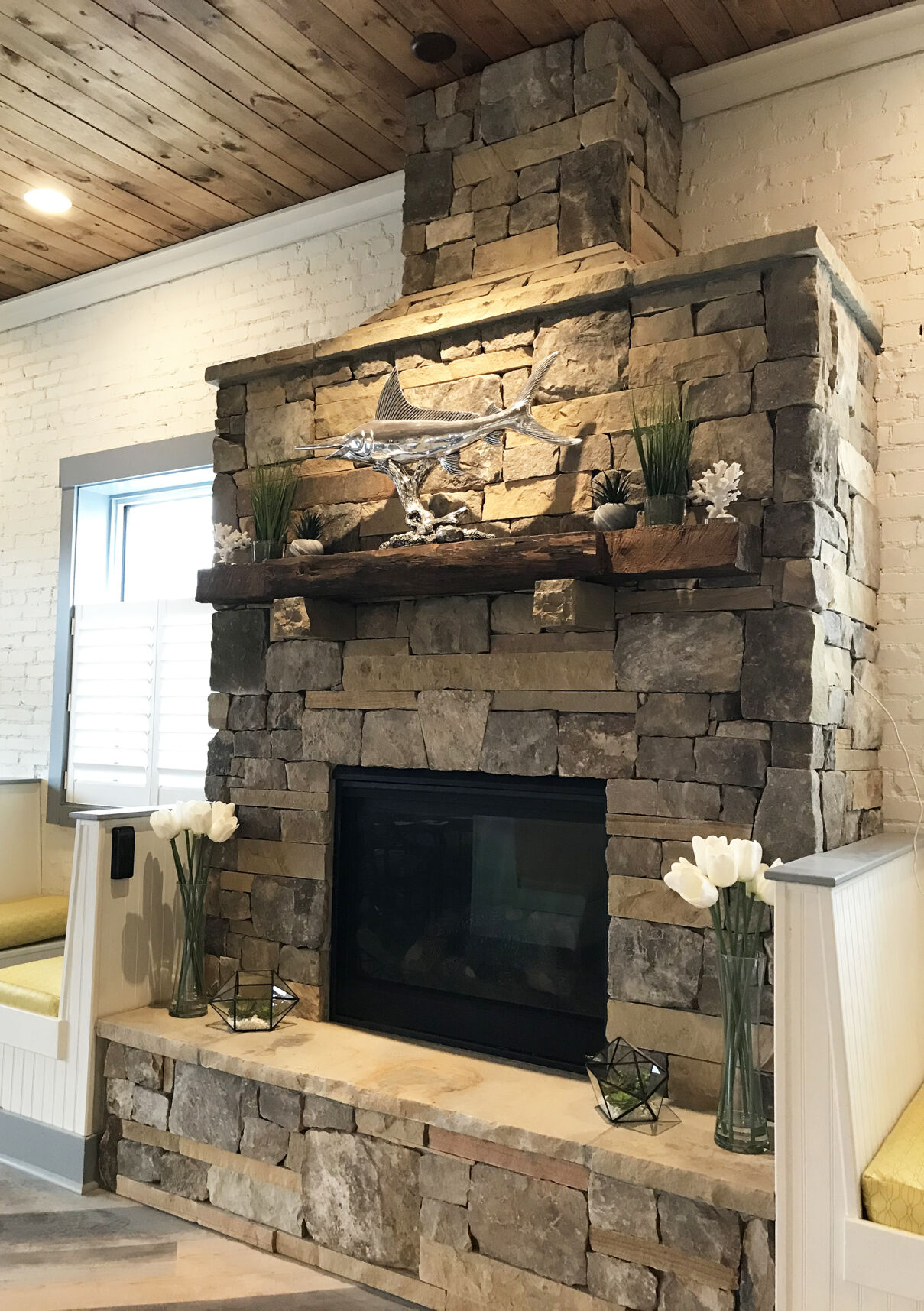 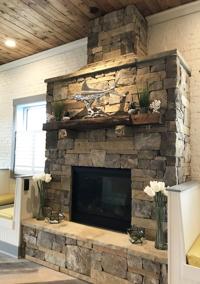 MOUNTAIN VIBE — A stacked stone fireplace was added to the dining room at Beach Mountain Diner to cozy up the space. 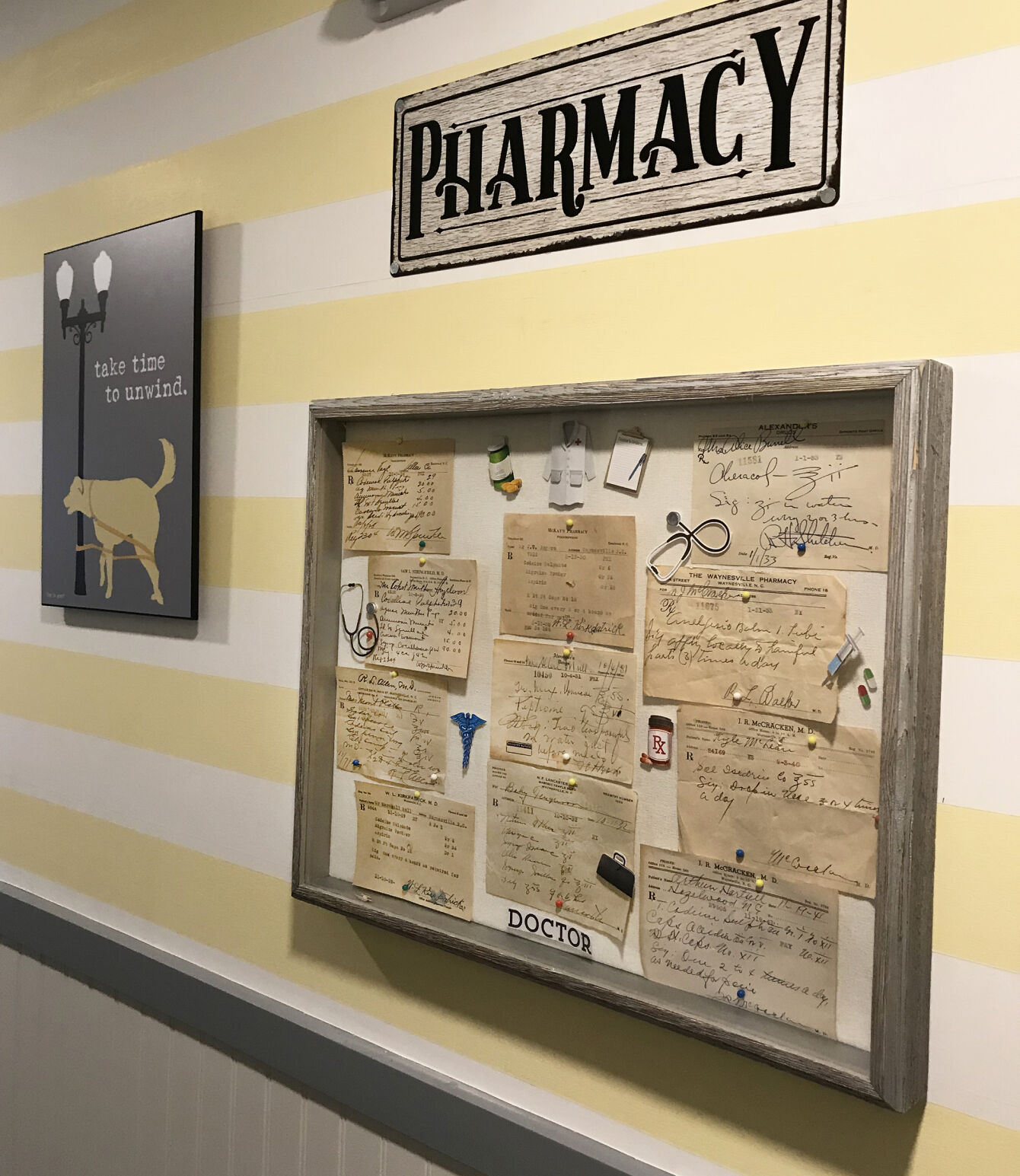 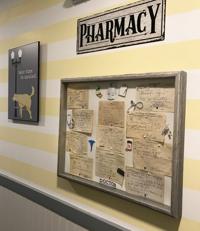 HOMAGE — Original prescriptions discovered during the diner’s remodel are memorialized in a shadow box that pay tribute to the building’s original tenant, Haywood Pharmacy. 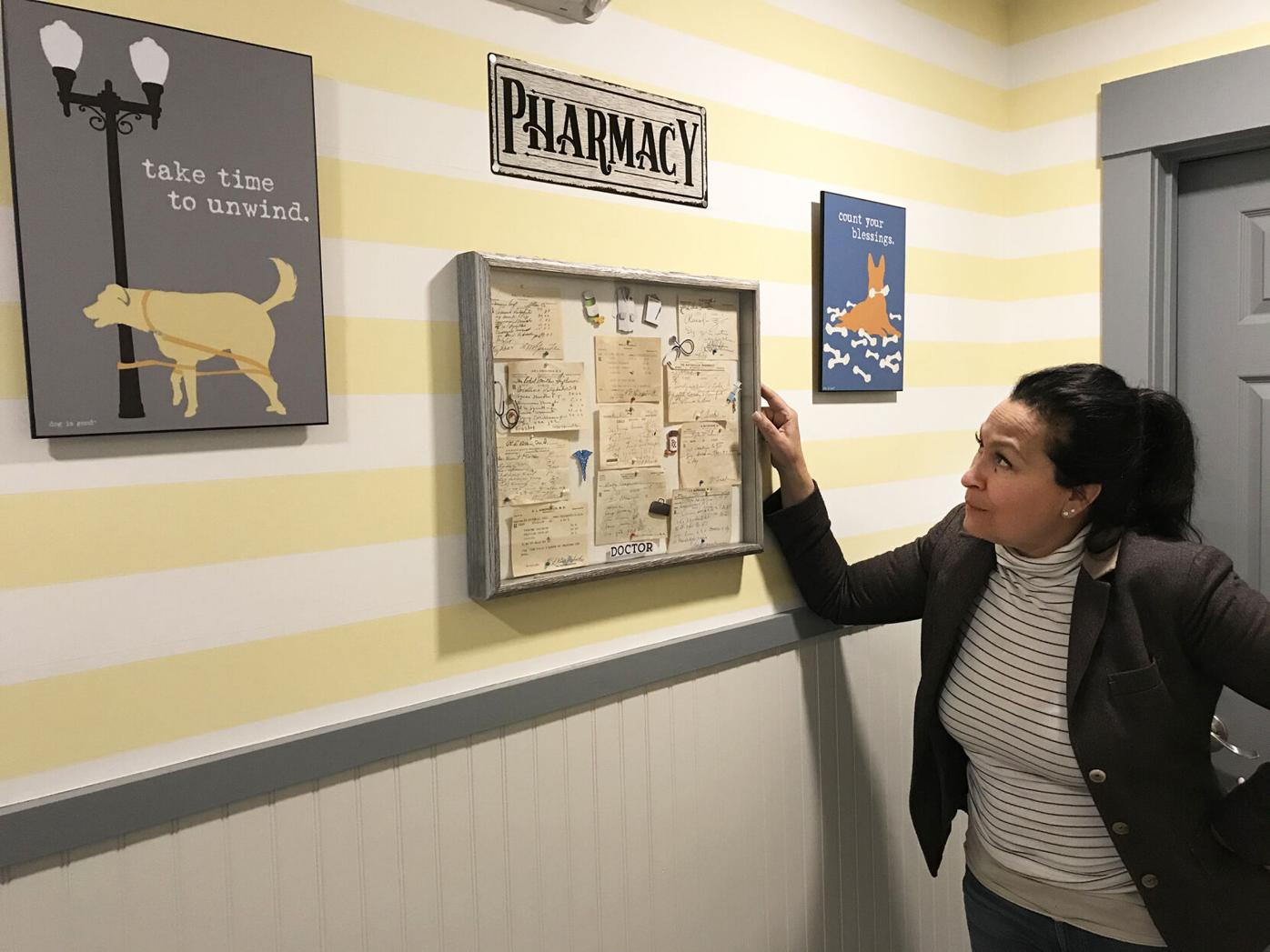 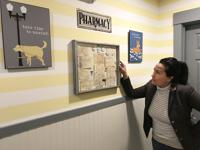 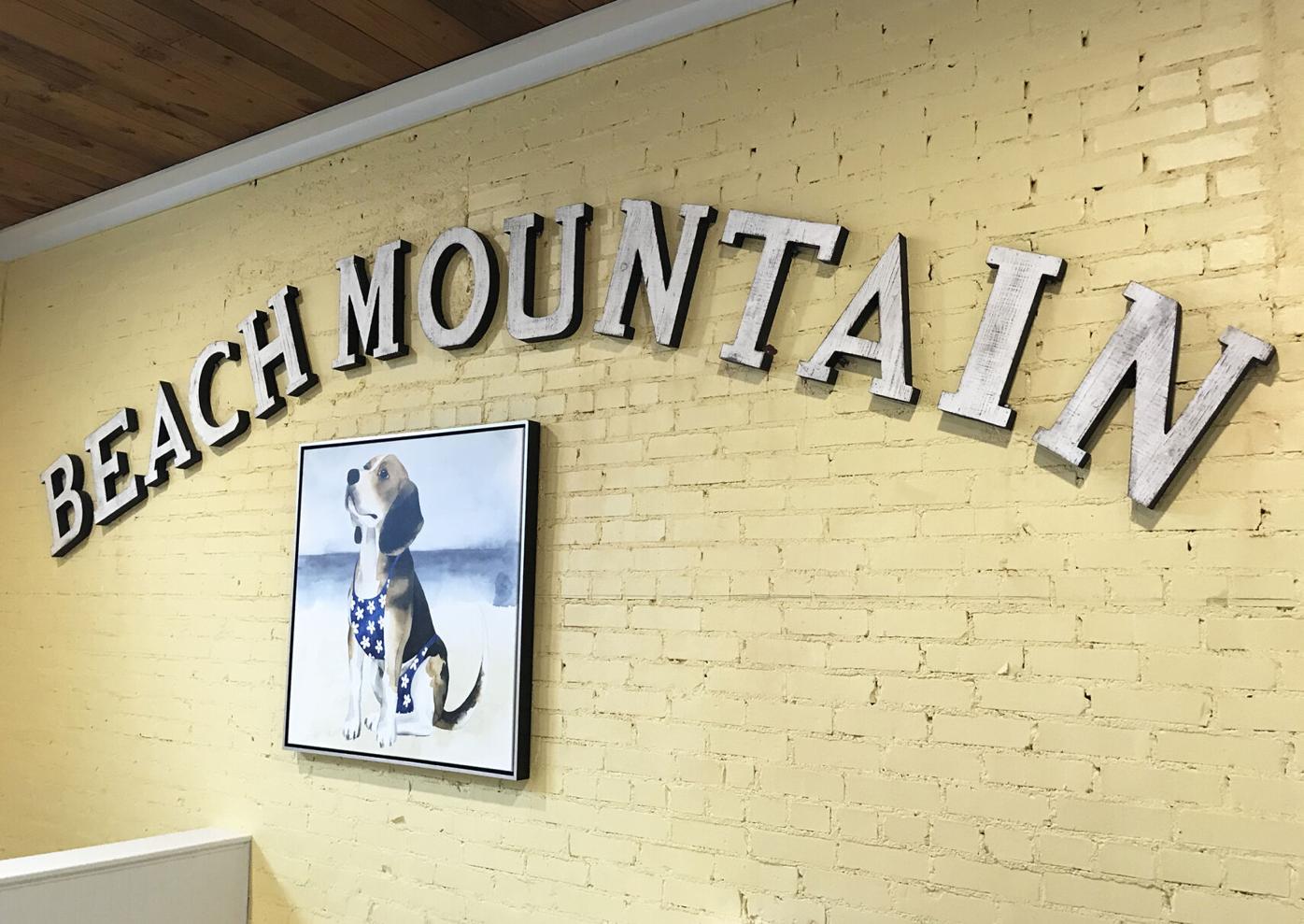 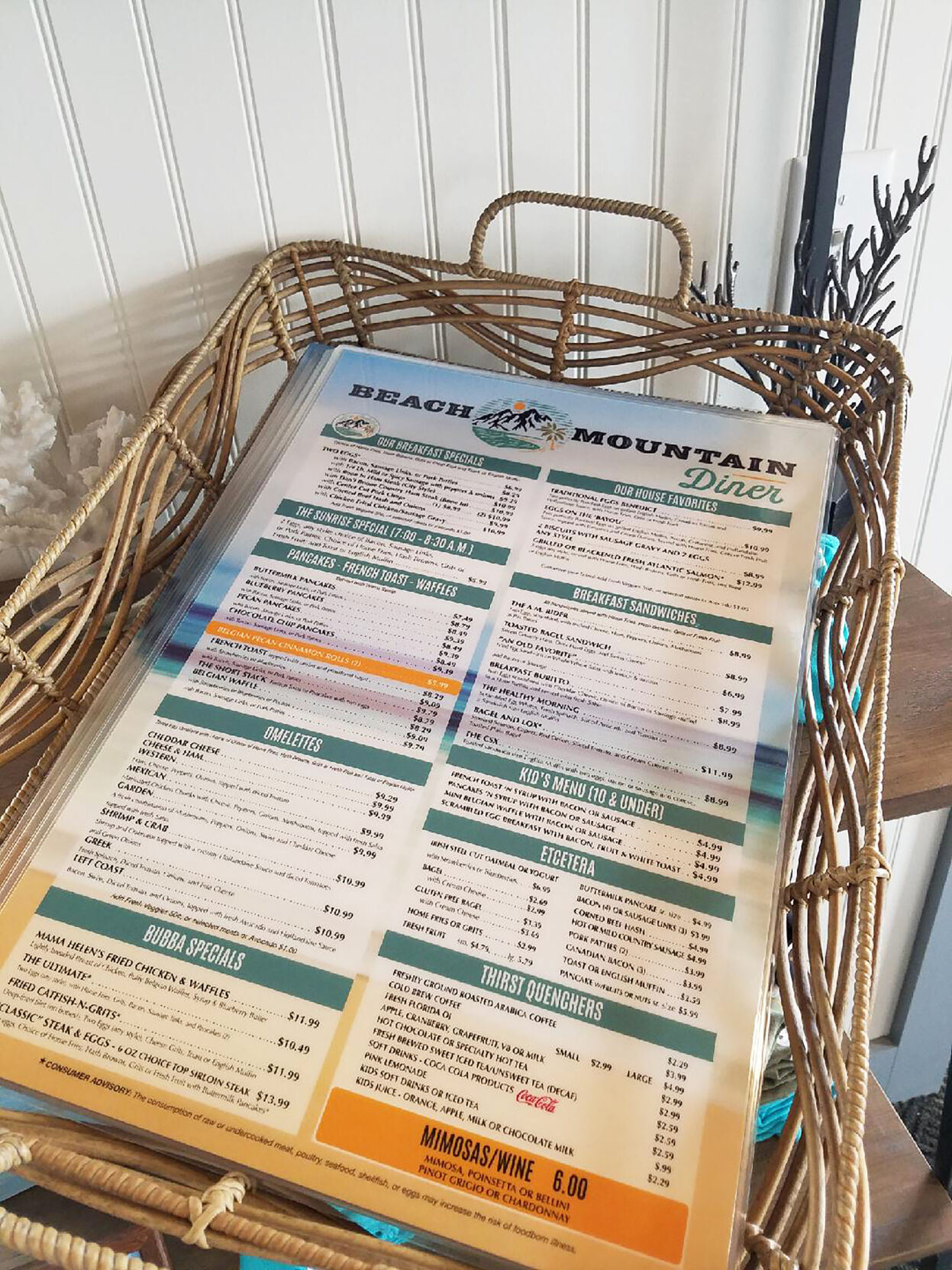 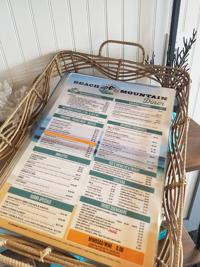 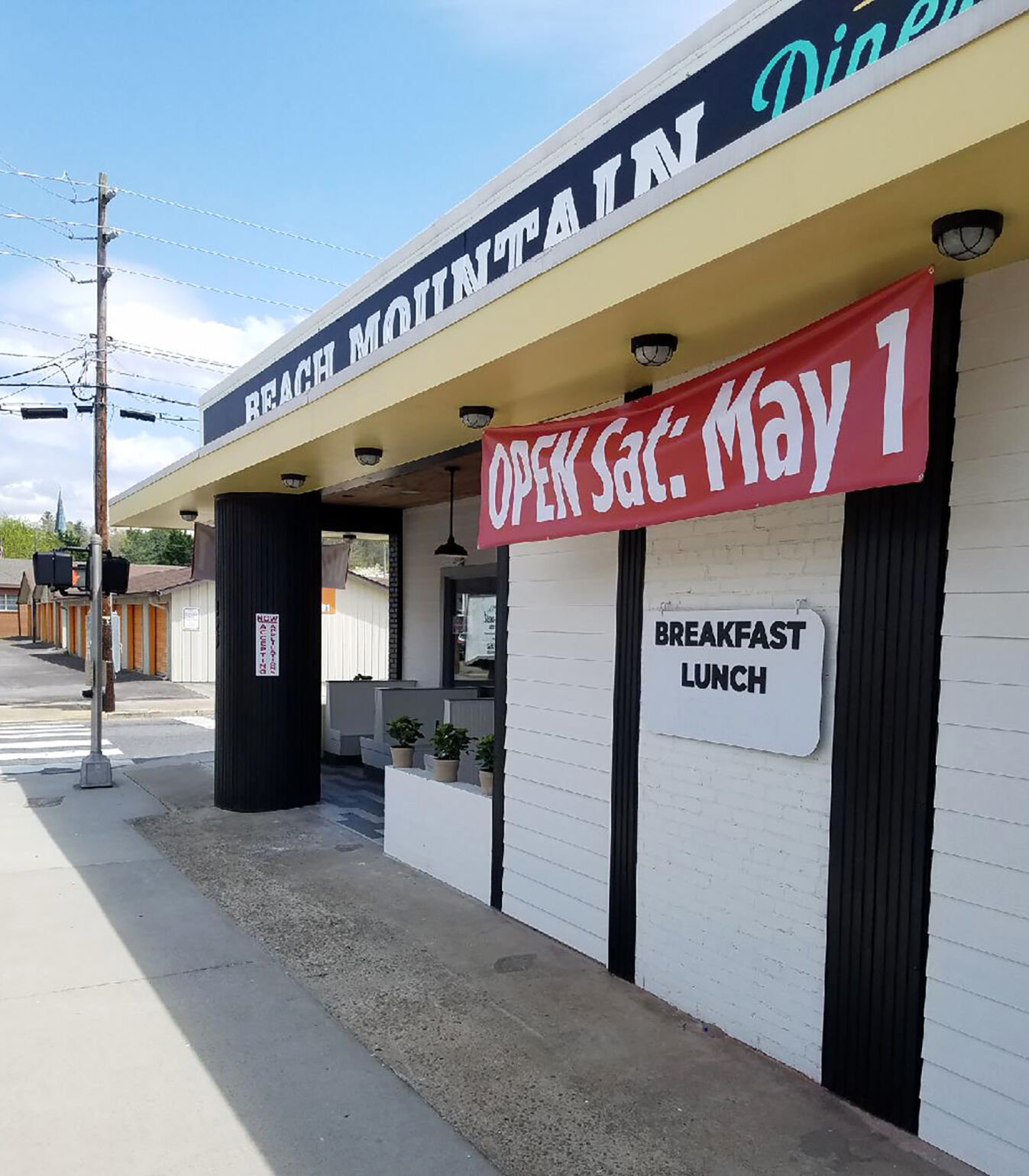 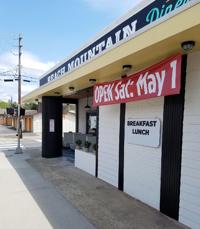 MOUNTAIN VIBE — A stacked stone fireplace was added to the dining room at Beach Mountain Diner to cozy up the space.

HOMAGE — Original prescriptions discovered during the diner’s remodel are memorialized in a shadow box that pay tribute to the building’s original tenant, Haywood Pharmacy.

Set to open at 7 a.m. on Saturday, May 1, Beach Mountain Diner is the sixth restaurant in the group owned and operated by Barry Adeeb of Jacksonville, Florida. While he hails from the Sunshine State, Adeeb is no stranger to Waynesville.

“My grandfather has had a home in Waynesville since 1958. Later, I bought a home across the street. So, we’ve been coming here for a lot of summers,” said Adeeb, who lives within a stone’s throw of the diner.

In fact, it’s his familiarity with the neighborhood that originally put the corner location at Hazelwood and Brown avenues on his radar.

“There has been a lot of infrastructure done on that stretch of roadway over the last two to three years,” said Adeeb. “They put in the parking lot, then they put in the restrooms, which was a big plus, and then there’s retail there, too. Another plus was when Amici’s decided to open there. Restaurants like to be around other restaurants. Like the old days when you had four gas stations on every corner. It’s the allure of having your own mini food court with restaurants offering different genres of food. That area has really become a destination. You can even count Haywood Smokehouse in that cluster.”

Beach Mountain Diner will be open seven days a week from 7 a.m. to 3 p.m. The menu features 40 breakfast items and 40 lunch items.

Favorite breakfast items include eggs on the bayou, a twist on traditional eggs Benedict with the addition of crab meat; Belgian waffles; the Left Coast Omelette with avocado and hollandaise sauce; a bagel and lox; and steak and eggs with buttermilk pancakes. For lunch, diners will discover soup, salads, wraps and sandwiches like the French dip, cordon bleu, beach burger, smothered beef and garlic shrimp in a pita pocket.

In the coming months, Adeeb plans to extend business hours, and add a dinner menu and signature cocktails.

A nod to history

Adeeb has been in the restaurant business since he was 13 years old, when he started working in the kitchen as a summer job. From there, he graduated from Florida State University with a degree in hotel and restaurant management.

Over the next 24 years, he worked at his family’s restaurants and 200-room hotel.

It’s that love affair with feeding people and being part of the community, wherever that happens to be, that inspired Adeeb and his designer to pay homage to the location and the building’s original tenant, Hazelwood Pharmacy.

“We picked out a fallen walnut tree in Maggie Valley and we’re making all of our tabletops from that piece of wood,” Adeeb said. “From the pharmacy, we found 10,000 prescriptions and cigar boxes from a back window and have paid homage to the pharmacy with a shadow box that has 10 actual prescriptions dated from 1928-1942. Some are typed out on a Royal typewriter and some are hand written.”

Inside the dining area, guests will notice how the mountains meet the sea in decor that’s light, bright and inviting.

“We added a stacked stone fireplace that represents the mountain vibe and blended it with white and soft yellows reminiscent of the beach,” Adeeb said.

“We’re the new kid on the block. We recognize that. We just want to fit into the community. I don’t say that as a cliche, most restaurants feel the same way because our bread and butter is the community we live in.”

In all, Adeeb hopes to have created a delicious space in more ways than one.

“You know,” he said, “There’s nothing more inviting than a busy restaurant.”

“We’re the new kid on the block. We recognize that. We just want to fit into the community. I don’t say that as a cliche, most restaurants feel the same way because our bread and butter is the community we live in."