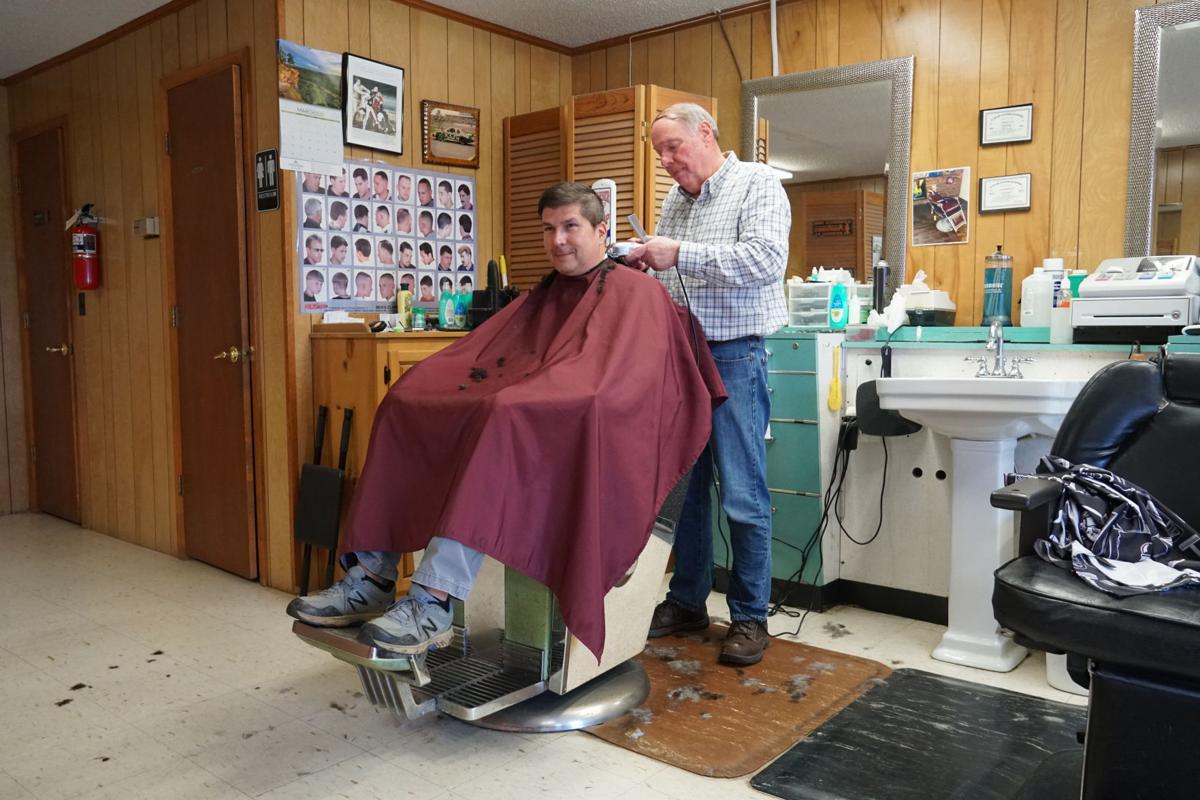 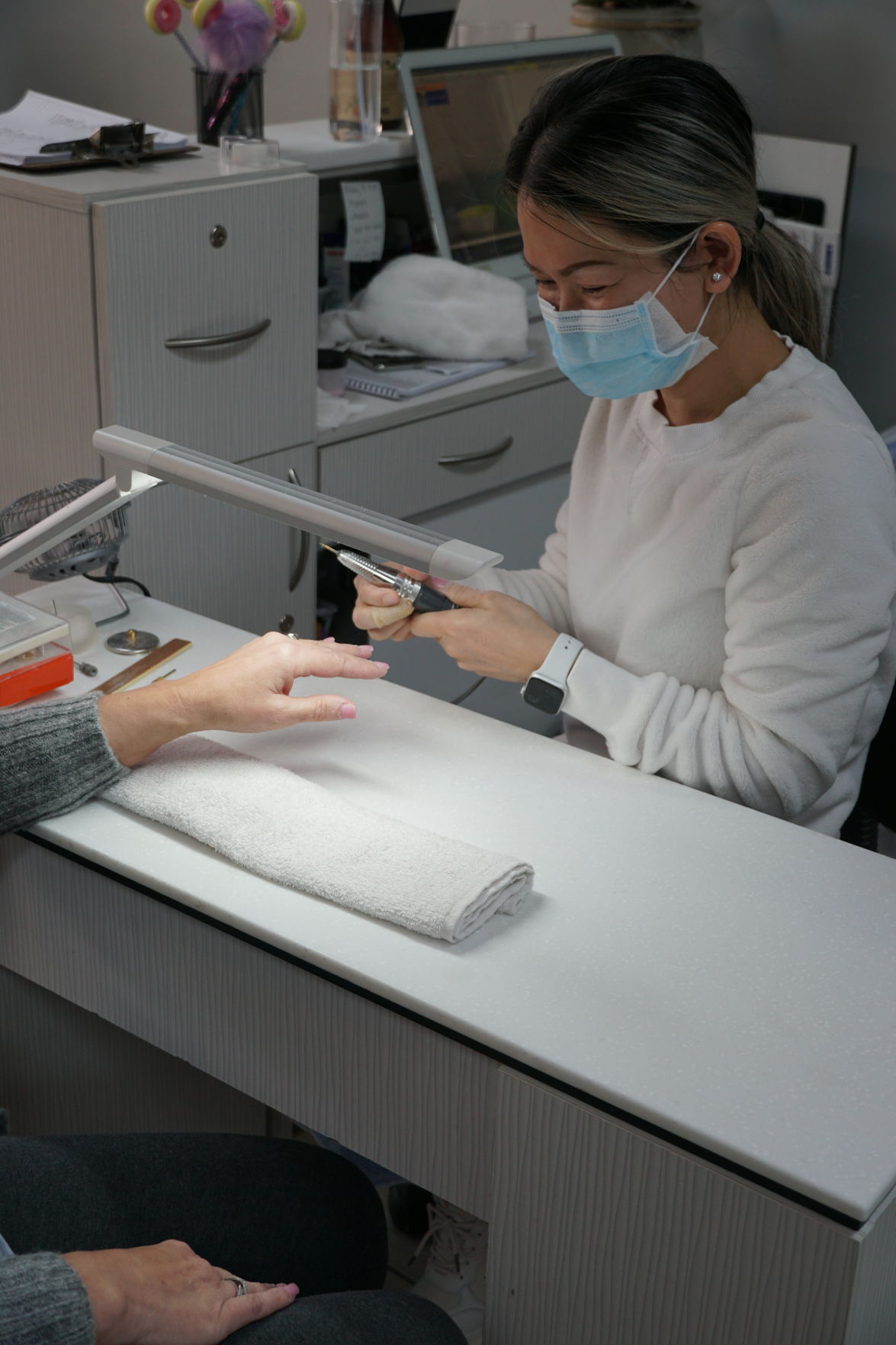 With a second round of coronavirus closures ordered by Gov. Roy Cooper on Monday, March 23, more local businesses are shuttering up for the foreseeable future.

By 5 p.m. Wednesday, March 25, the above businesses will join schools, dine-in bars and restaurants by discontinuing in-person services. Many dining establishments are still open for carryout and curbside service.

John Lewis was lowering ears at John’s Barber Shop as usual Monday afternoon when the closures were announced. He said he will be working overtime right up until the governor’s 5 p.m. closing deadline.

“My wife called me and said, ‘you better turn this news on,’ because I don’t watch the news anymore, it’s depressing,” Lewis said. “I was anticipating it’d happen, since they closed the schools and everything down. It was just a matter of time.”

“The schools are going to be closed until May 15, I don’t see them letting us open up before the schools go back really,” Lewis said. “We’ll be open ‘til 5 o’clock on Wednesday, then they said we have to lock the doors and shut her down — I hope my customers come in and get their last haircut before we shut down.”

Lewis said he has some chores to catch up with at home that he’s been putting off anyway.

“I think it’ll all be all right. I’ll just stay at home and eat soup and sandwiches with my wife,” Lewis said. “I got another partner, he don’t work on Monday, but I feel sorry for him because he just bought a new home and got a wife and family and everything. I’m thinking a whole lot for him. He’s a fine young man.”

At Hi Nails in Clyde, the governor’s Monday announcement came as no surprise, said managers Jimmy and Jewell Tran.

“I heard from my customers,” Jimmy Tran said. “I kind of expected it to happen.”

The message from Hi Nails was to stay safe and wait things out.

“I agree that it’s good for us to close, to clear everything out,” Jewell Tran said. “I have some employees, too, so if we close too long it could take a lot from them.”

With uncertainty as to how long the businesses will be closed, the Trans said they are hoping for a fast return to normalcy.

“It’s going to impact everything financially, of course,” Jimmy Tran said. “I just hope it goes back to normal soon.”

“I hope everybody stays safe,” Jewell Tran said. “So everything can get situated, so our lives can go back to normal.”

Earlier Monday, before the closures were ordered, Angela Bleckley at Nailology Studio in Canton said she was expecting such an announcement.

“I look for it to happen,” Bleckley said of a closure order. “I’ll be shocked if it doesn’t.”

Three regular customers had already canceled their appointments, she said — one due to age, and the others to cut their expenses.

“I’m going to be here until somebody tells me I can’t be, or this thing takes me out. Makes me sick,” Bleckley said.

Thinking ahead, Bleckley said she taught her customers how to care for their nails from home, to hold them over until she can reopen.

“I feel that my clients are loyal enough,” Bleckley said. “They’ll be here when I open back up.”

Chad Putnam, a stylist at Vintage 81 Salon in Clyde, said he had advanced as many of his week’s appointments ahead of the Wednesday shutdown.

“I found out watching the news live yesterday from Governor Cooper,” Putnam said Tuesday morning. “I expected it to happen before now, to be quite honest.”

Putnam said he would do like other stylists and start looking for part-time work or try filing for unemployment.

“I guess there’s going to be a lot of us boys and girls who are hairdressers looking for work,” Putnam said.

John Hemingway, who owns Vintage 81 and the gun store next door, and is a deputy sheriff and an alderman for the Town of Clyde, stopped by the salon Tuesday morning.

Hemingway said he dismissed stylists’ booth rent at Vintage 81, because they had bigger things to figure out.

“I wish everybody would just look out for each other,” Hemingway said. “It’s times like this that truly allows us to see what humanity is made of, how we treat each other.”

To Hemingway, the Golden Rule everyone is taught early in life applies now more than ever.