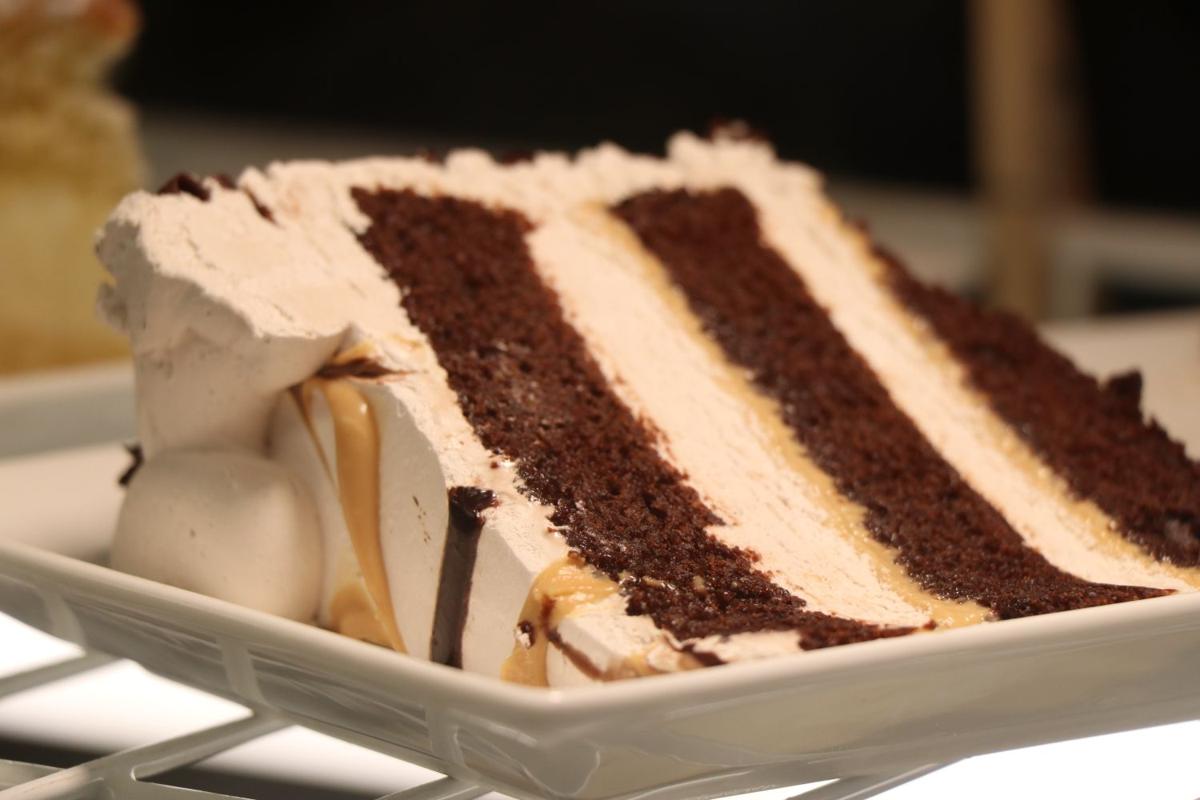 HAVE YOUR CAKE AND EAT IT TOO — This cake from Ian and Jojo’s is available to some in Haywood County via Grubhub or Doordash. 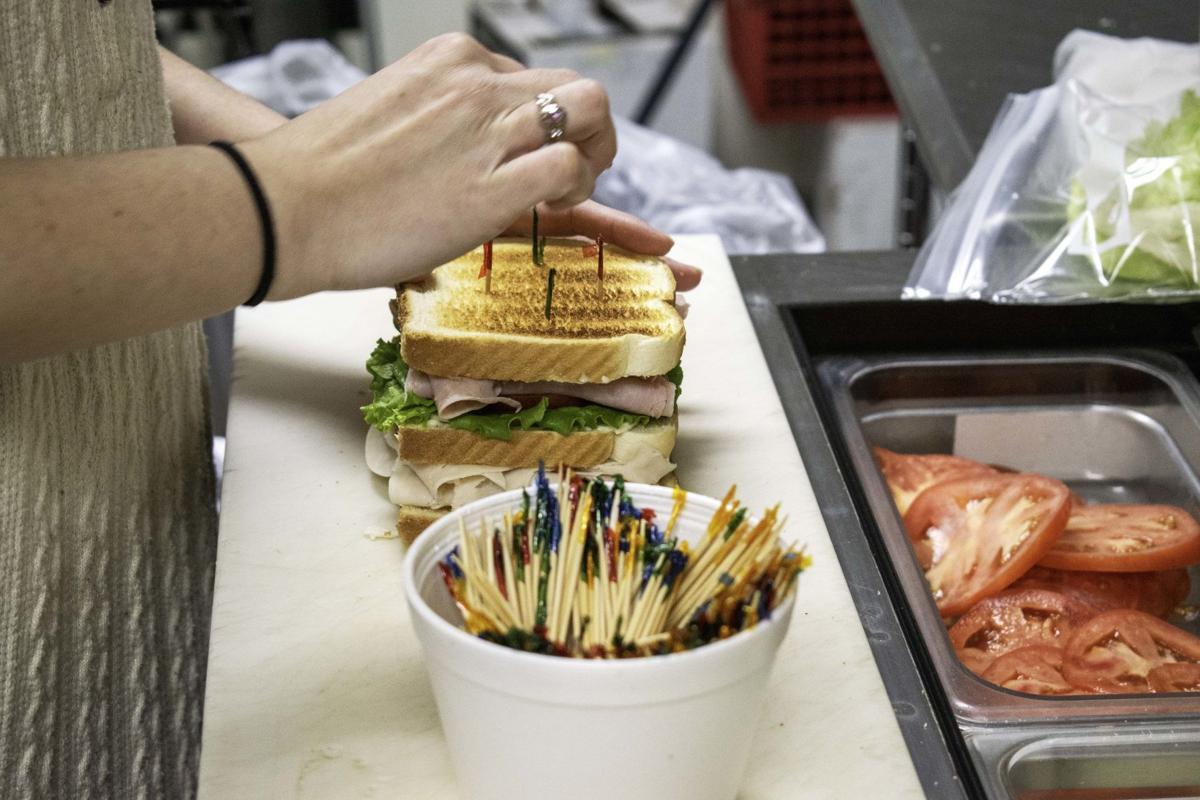 TEAGUE’S SANDWICH — This sandwich from Teague’s can be delivered anywhere around the Waynesville and Maggie Valley areas. 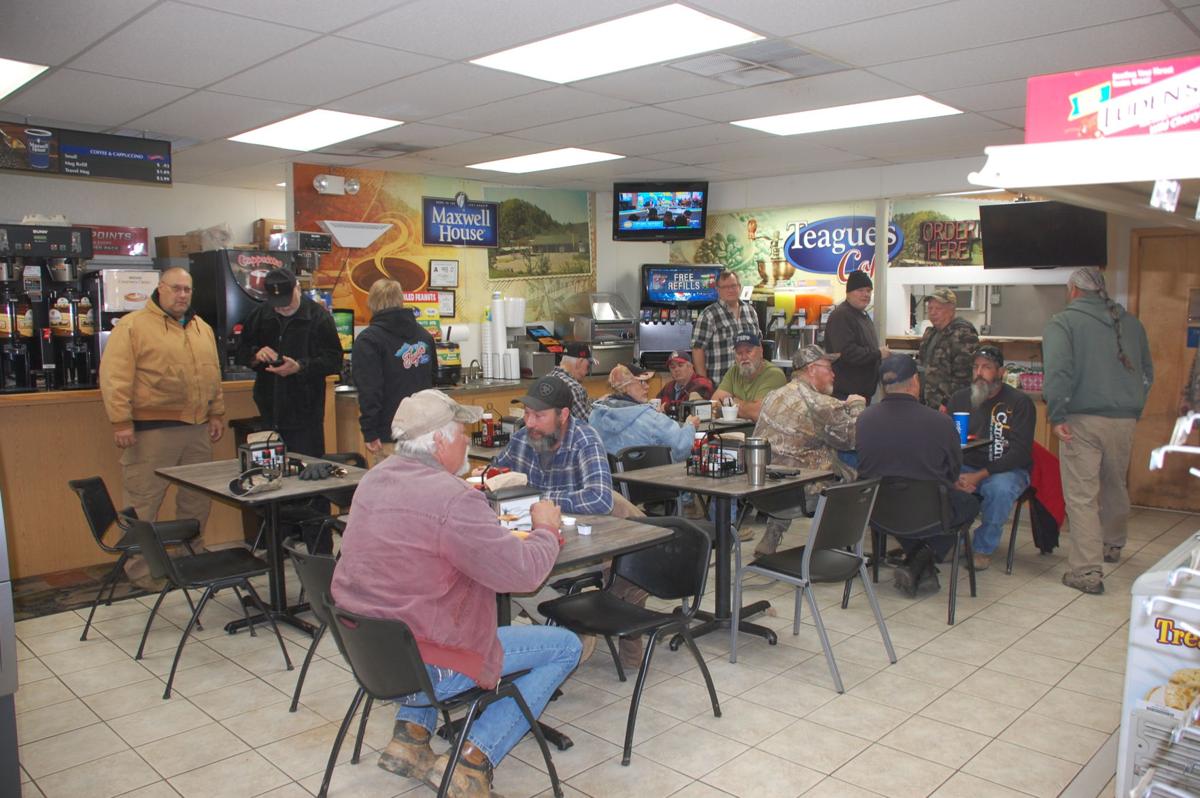 TEAGUE’S CROWD — On any given morning, dozens of regulars stop by Teague’s for their coffee. Owner Derek Jones is looking to expand beyond that market by working with Grubhub to deliver food. 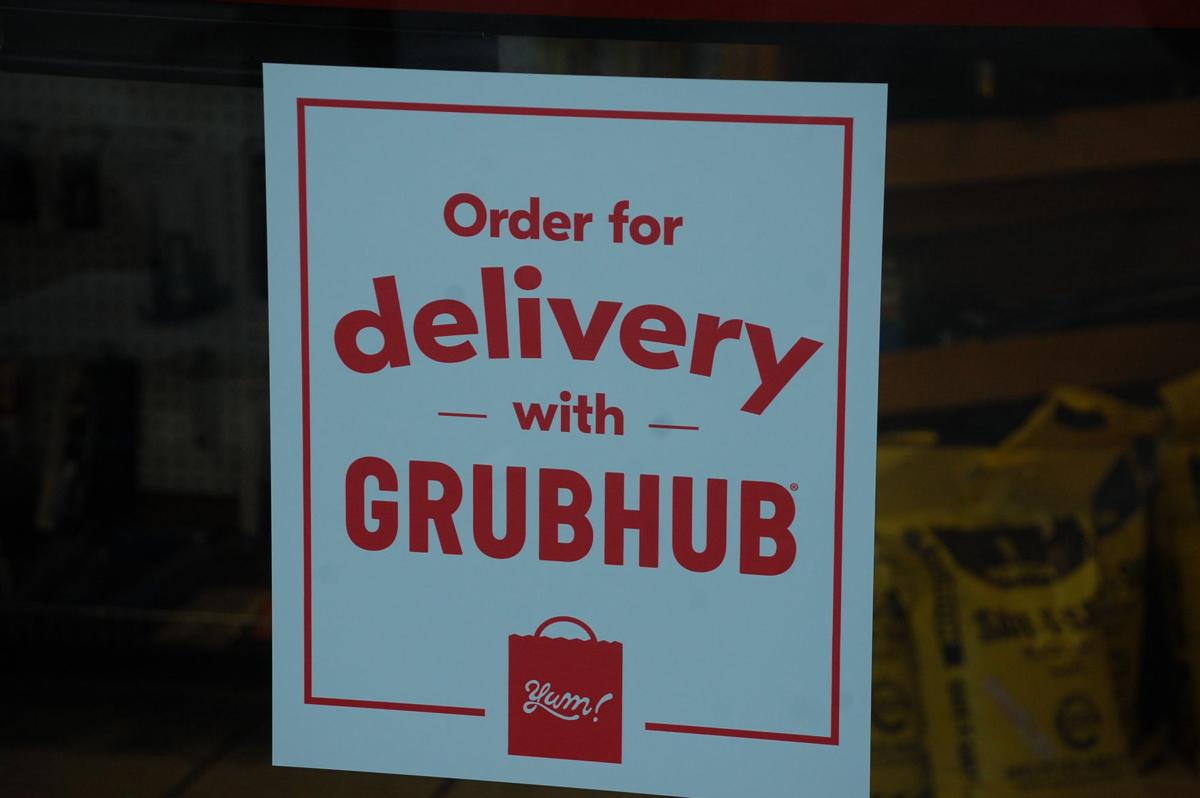 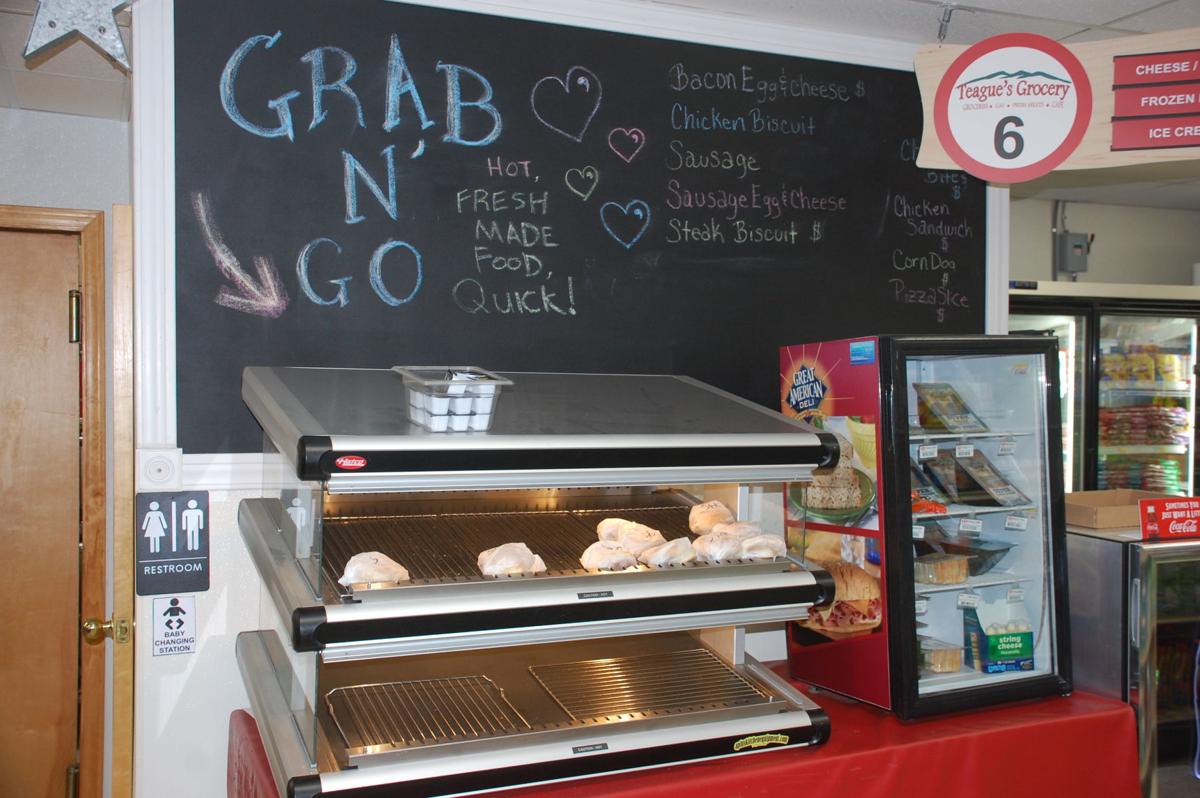 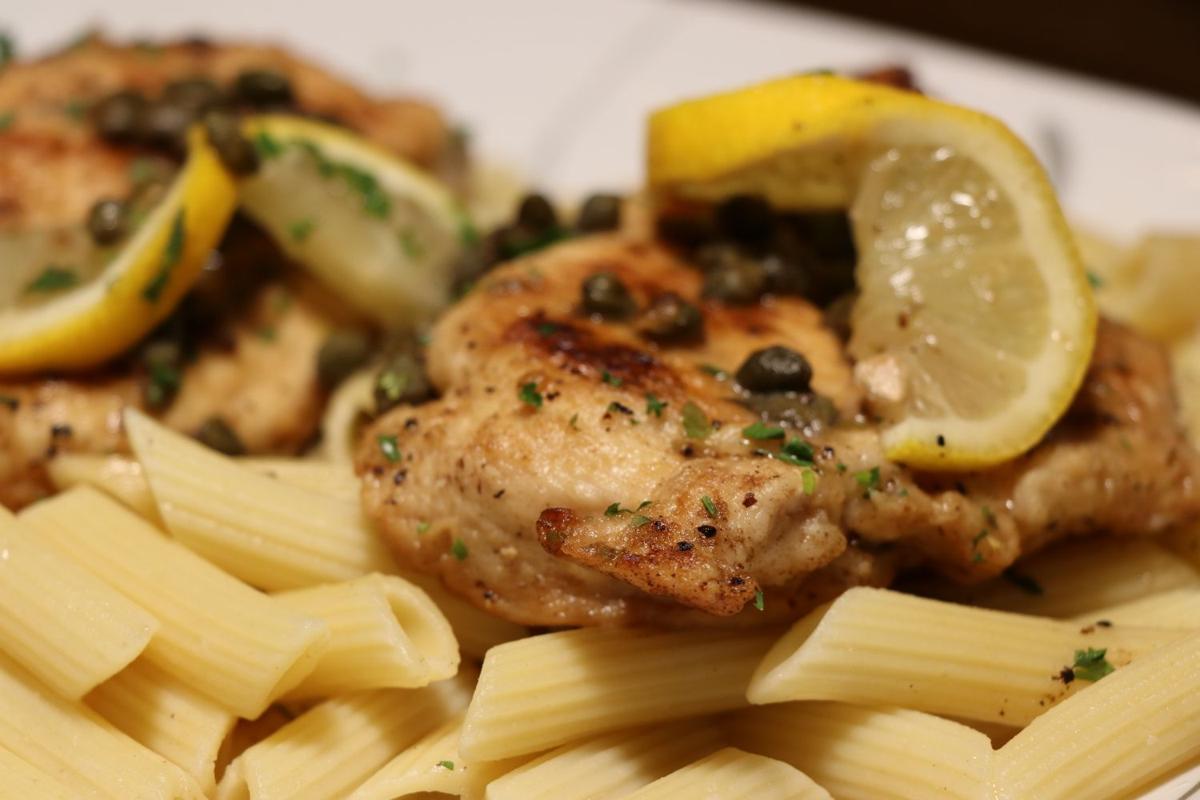 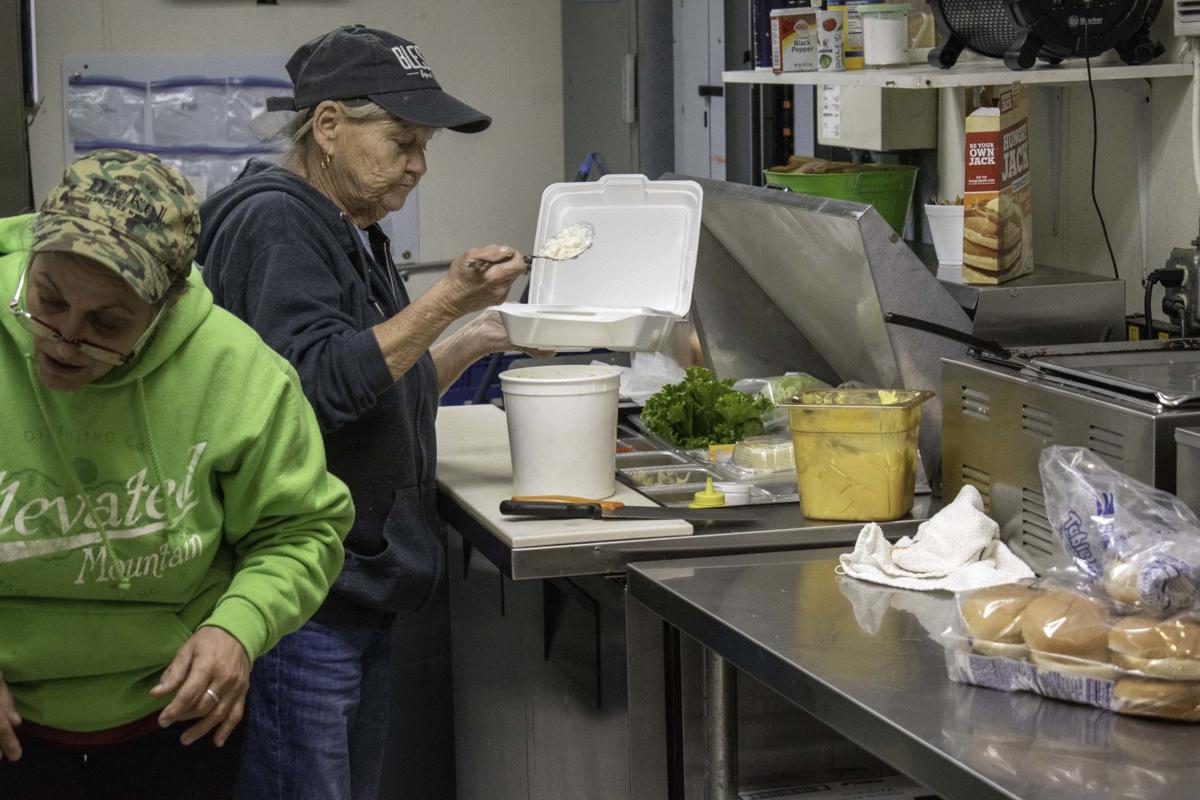 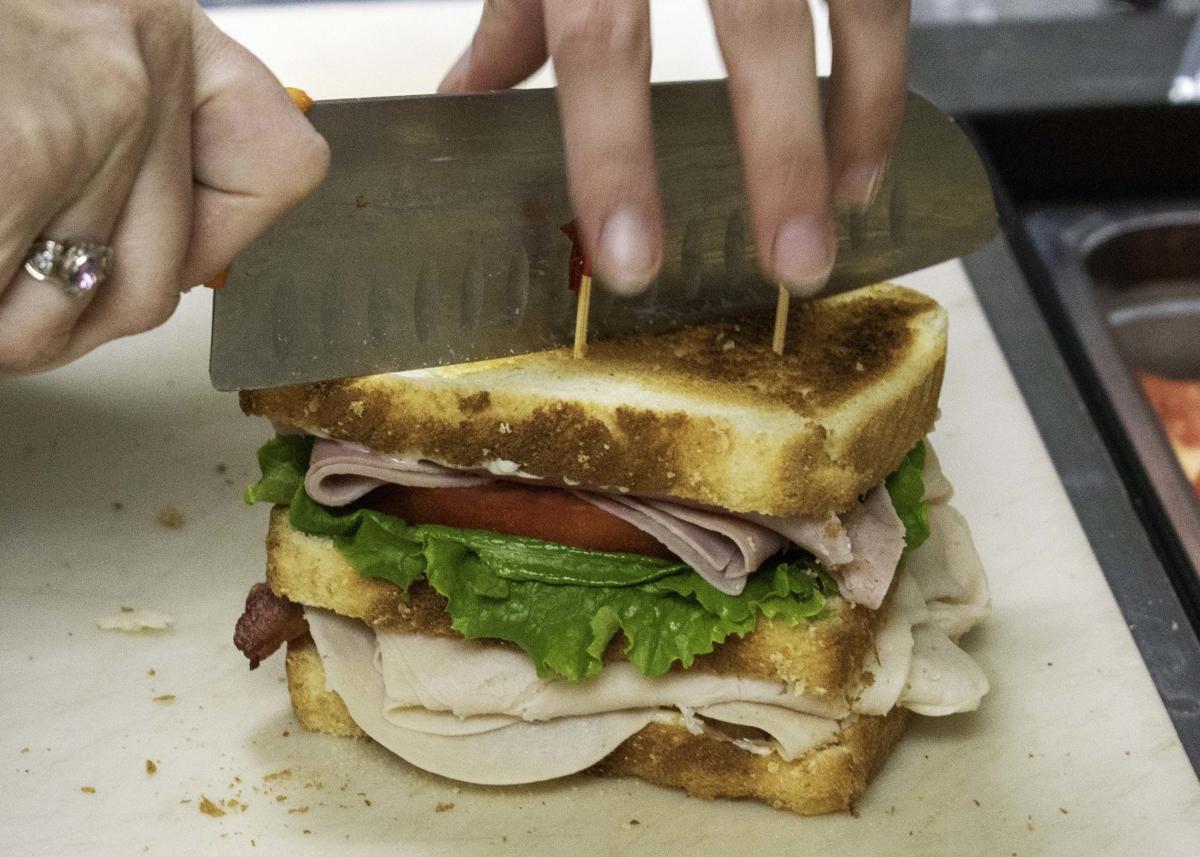 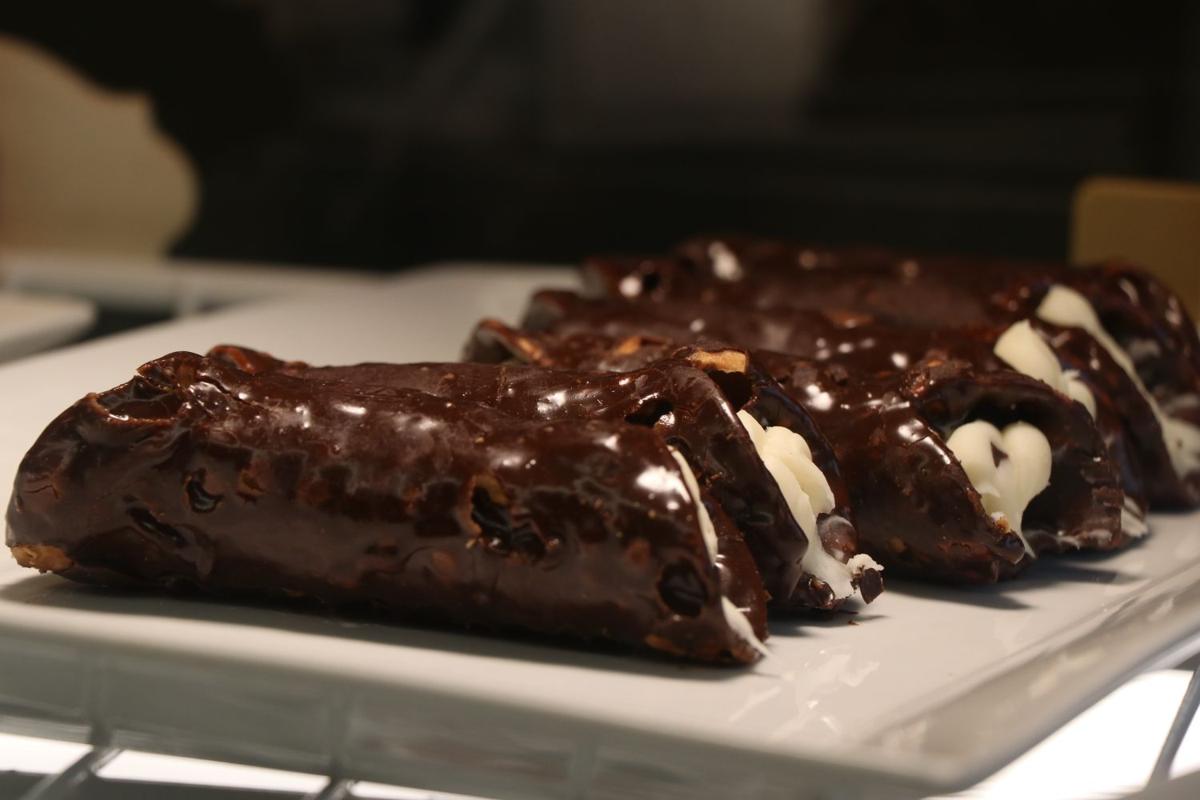 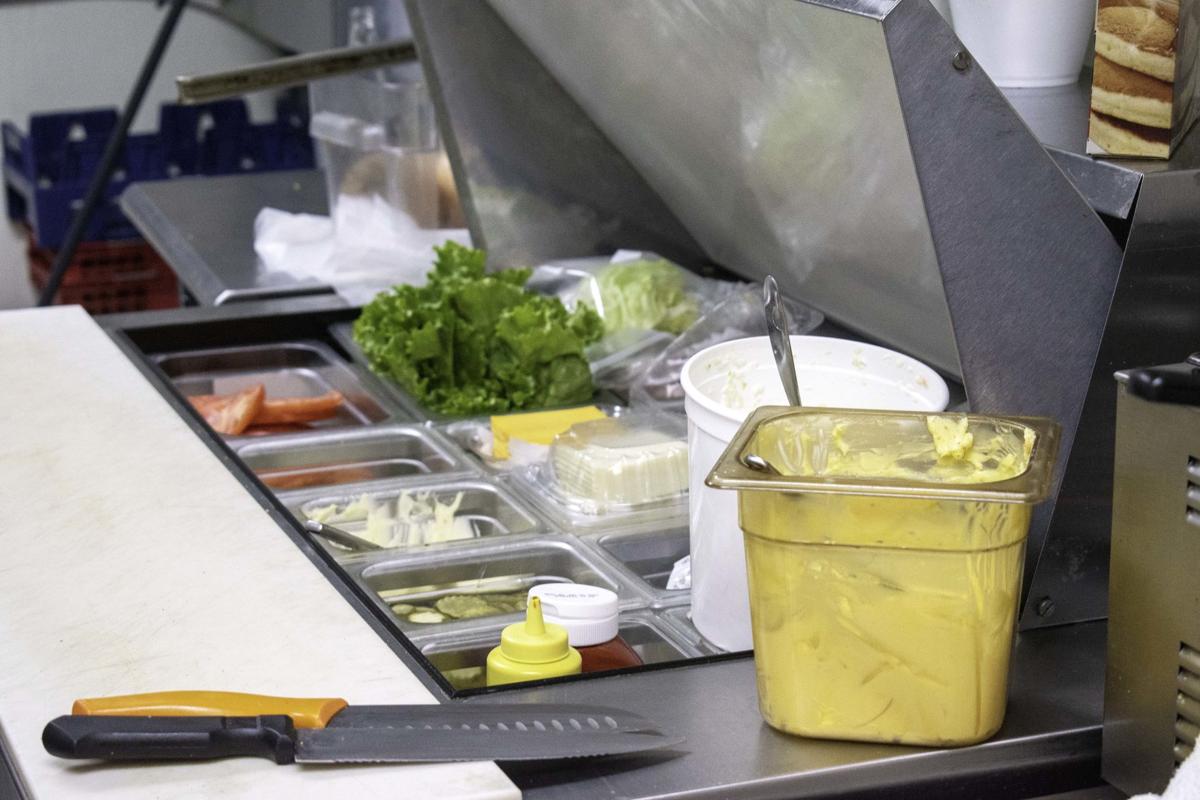 HAVE YOUR CAKE AND EAT IT TOO — This cake from Ian and Jojo’s is available to some in Haywood County via Grubhub or Doordash.

TEAGUE’S SANDWICH — This sandwich from Teague’s can be delivered anywhere around the Waynesville and Maggie Valley areas.

TEAGUE’S CROWD — On any given morning, dozens of regulars stop by Teague’s for their coffee. Owner Derek Jones is looking to expand beyond that market by working with Grubhub to deliver food.

Anyone who goes into Teague’s Grocery and Café in Maggie Valley can expect to see a host of regulars sitting around, sipping coffee while laughing about politics and griping about work.

But in the last few months, the small corner café has looked outside its own four walls for customers and has partnered with Grubhub to kick off its own delivery service, which operates during breakfast and lunch hours.

Grubhub has become well-known in bigger cities with wide varieties of restaurants and gained a foothold in Asheville a couple of years ago and now has found its way west to Haywood County. Teague’s owner and manager Derek Jones said the delivery hasn’t really taken off but he is still excited about its prospects, especially considering the small corner café doesn’t offer much seating, and most of the folks who patronize it in the mornings are regulars.

“We’re just trying to capitalize on what we can,” he said. “We’re trying to get more business.”

Like Teague’s, several other restaurants have also gotten on board with Grubhub, along with Doordash, another delivery service that saw tremendous growth in 2019.

In Haywood, people who live near one the county’s four municipalities can receive deliveries from fast food joints, such as KFC and Taco Bell, or some local favorites, such as Willie Brooks Barbecue or Buttered Biscuit.

Part of the recent success of companies such as Doordash has hinged on making deals with large restaurant chains like Chipotle and Cheesecake Factory, but it has also been due to the companies’ efforts to expand outside of urban areas.

Some restaurant owners in the county have deliberately shunned delivery services like Doordash and Grubhub. Tracie Horner, who owns The Patio Bistro in Waynesville, said her restaurant has successfully been delivering food for 16 years now. Horner said her employees will deliver food around Haywood County and even to Buncombe or Jackson when the cost of the order exceeds $100, although she did note that these orders are typically placed the day before.

“I just like to be more personal and have us take the food straight to the customer ourselves,” she said, adding that she has no intention of using a service like Grubhub or Doordash.

Some restaurant owners have embraced Grubhub. Jeffrey Garrett, who along with his wife, owns Willie Brooks Barbecue in Maggie Valley. He said he’s been happy with the service so far, noting that it works well for vacationers and part-time residents who spend time in the valley.

“The adoption of Grubhub has been great,” he said.

The restaurants in Haywood that have found it easiest to adapt to using Grubhub and Doordash have been the pizza joints, which typically already have delivery drivers on the payroll.

Danny Mannlein, who owns Ian and Jojo’s Pizzaria and Restaurant in Waynesville, said he was happy to use those services simply to give potential customers another chance to find their way to Ian and Jojo’s.

“We’ve already been delivering for a while,” Mannlein said. “It’s been working for us, so we have no problem with using Grubhub.”

Likewise, Sal Ferrara, who owns Ferrara Pizza & Pasta in Clyde, already had a delivery driver on his staff, so it was relatively easy to get onboard with Grubhub. However, he had somewhat of a philosophical issue with the service.

“Let’s say you want to order pizza and your wife wants to order sushi. You can order from different places to eat, and the food will arrive at different times. People are OK not eating together anymore.”

Customer experiences with Grubhub and Doordash have varied. While in more recent months, there have been plenty of posts on social media about how much people are enjoying the multitude of delivery options in Haywood, early on, things were shaky.

Clyde resident Matt Perusi, who works at The Mountaineer as the head of the graphics department, recalled that toward the end of summer, when Doordash first came to the area, he decided to use the $5 coupon to place an order from a Clyde restaurant.

“We used the app to track our order once it was placed, but after just a few minutes, we realized there were no drivers available in our area,” he said.

It ended up taking over 30 minutes for a driver to accept the order, and that driver was out of Asheville, meaning he knew there would be a bit of a wait.

“The restaurant had already closed for the night,” Perusi said. “I had to request a refund on the app to get my money back, and I made sure to leave a tip for the driver since he drove 30 minutes to a closed restaurant and then had to drive back to Asheville.”

Representatives from neither Grubhub nor Doordash were able to be reached for comment.