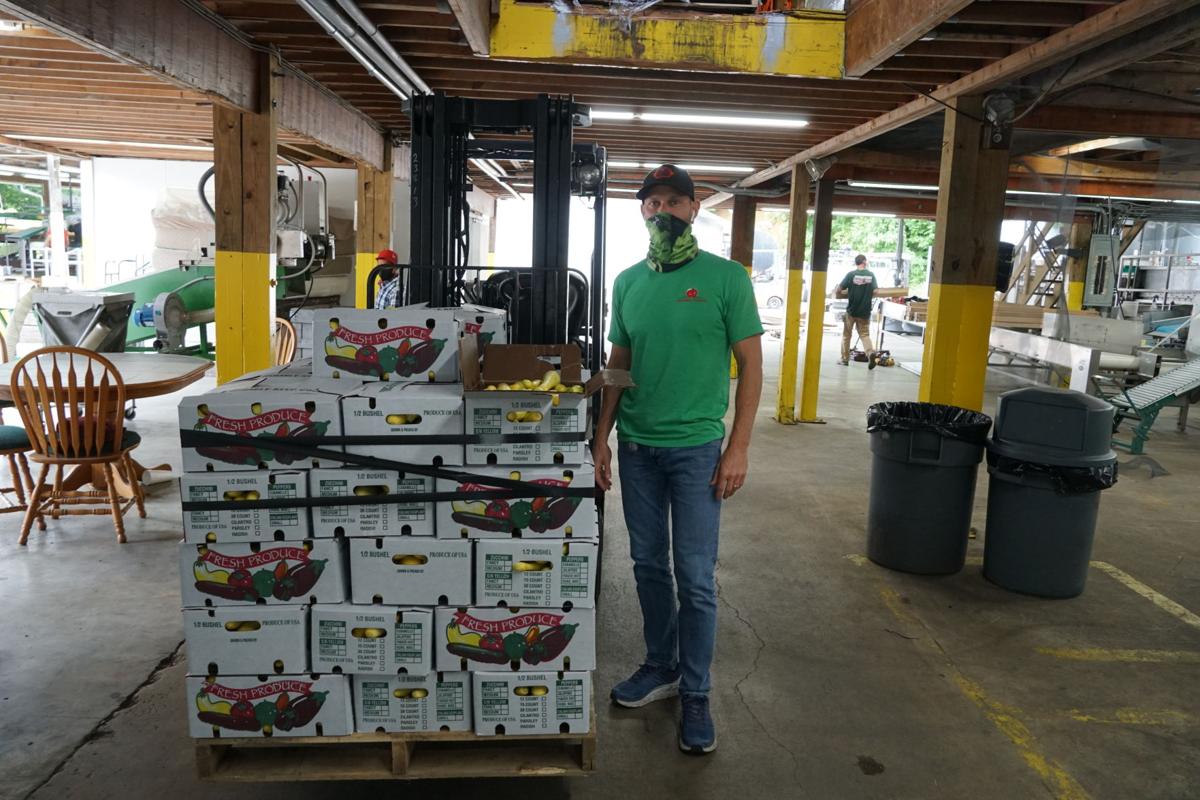 MORE THAN JUST ‘MATERS — Glenn Johnson of the J.W. Johnson Tomato Company poses beside boxes of yellow squash ready to be distributed. Consumers can now pickup boxes of mixed produce from the Cruso packing facility. 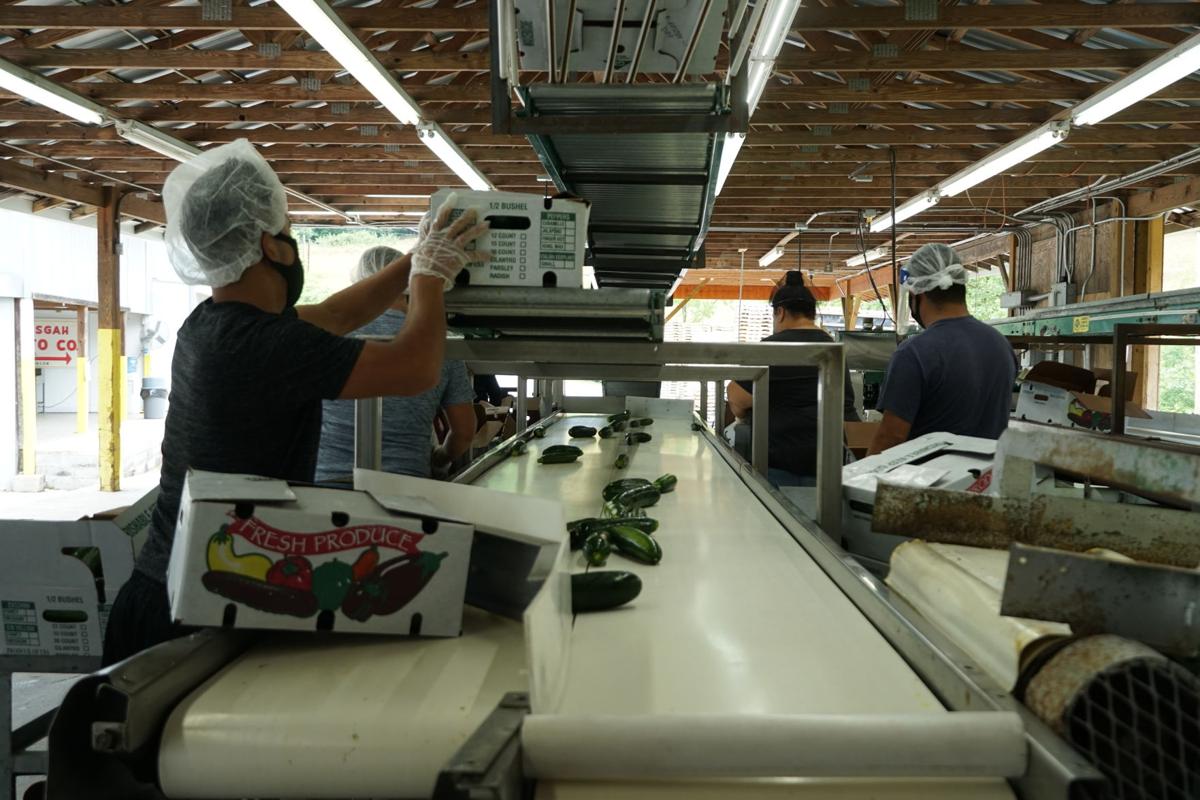 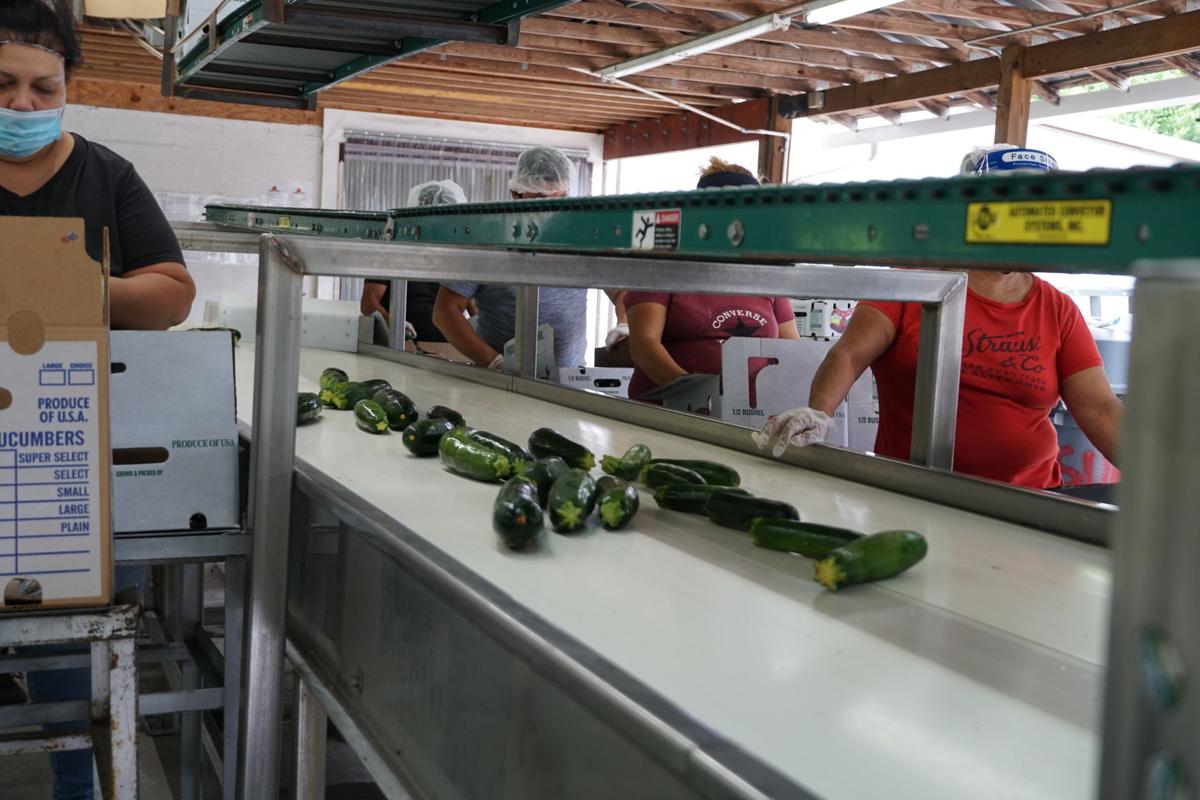 MORE THAN JUST ‘MATERS — Glenn Johnson of the J.W. Johnson Tomato Company poses beside boxes of yellow squash ready to be distributed. Consumers can now pickup boxes of mixed produce from the Cruso packing facility.

Glenn Johnson, who along with his brother, Jay Johnson, is a third-generation owner of the J.W. Johnson Tomato Company, said the direct-to-consumer sales started as an idea for moving produce during state-sanctioned coronavirus shutdowns.

“People have always come here to get tomatoes for canning, but we were never really able to expand upon that,” Johnson said. “When the pandemic hit, the retail business was very good, but the food service, because of the restaurants, kind of fell to the wayside, so we started coming up with creative ways to get the food that we were producing to the consumers’ hands.”

“We decided to get some of these items in the consumers’ hands directly,” Johnson said. “The season is just beginning, so we have a limited base of items now, but we’re going to have more as the season kicks off.”

For a produce packing business that’s been in Haywood County supplying restaurant chains and major retailers nationwide since 1974, the new service of direct-to-consumer vegetable boxes was a move made with the best interest of local growers in mind, Johnson said.

“Being that we represent farmers, we’re as direct to the farm as you can get,” Johnson said. “We pool all these small growers together in order to supply big accounts.”

With contributing growers nationwide, Johnson said produce from Western North Carolina is some of the best quality available.

“I do this year-round, I buy produce all over the country, and up here it’s just a different level — it really is as good as it gets,” Johnson said. “They produce a lot more on the small amount of acreage they have than a lot of these larger-scale farmers.”

Pickup will be contactless, Johnson said, with customers paying online and not even having to leave their vehicles to pick up orders.

“It’s definitely a time to support your local businesses, and the local farmers,” Johnson said. “We’ve got to keep the food supply going, these are the guys that we rely on. Most of us can’t farm, so we need someone to farm for us.”

Johnson said he hopes to provide the vegetable boxes into October, depending on how the growing season goes. To order, go online to www.jwjohnsontomato.com.

We're always interested in hearing about business news in our community. Let us know what's going on!