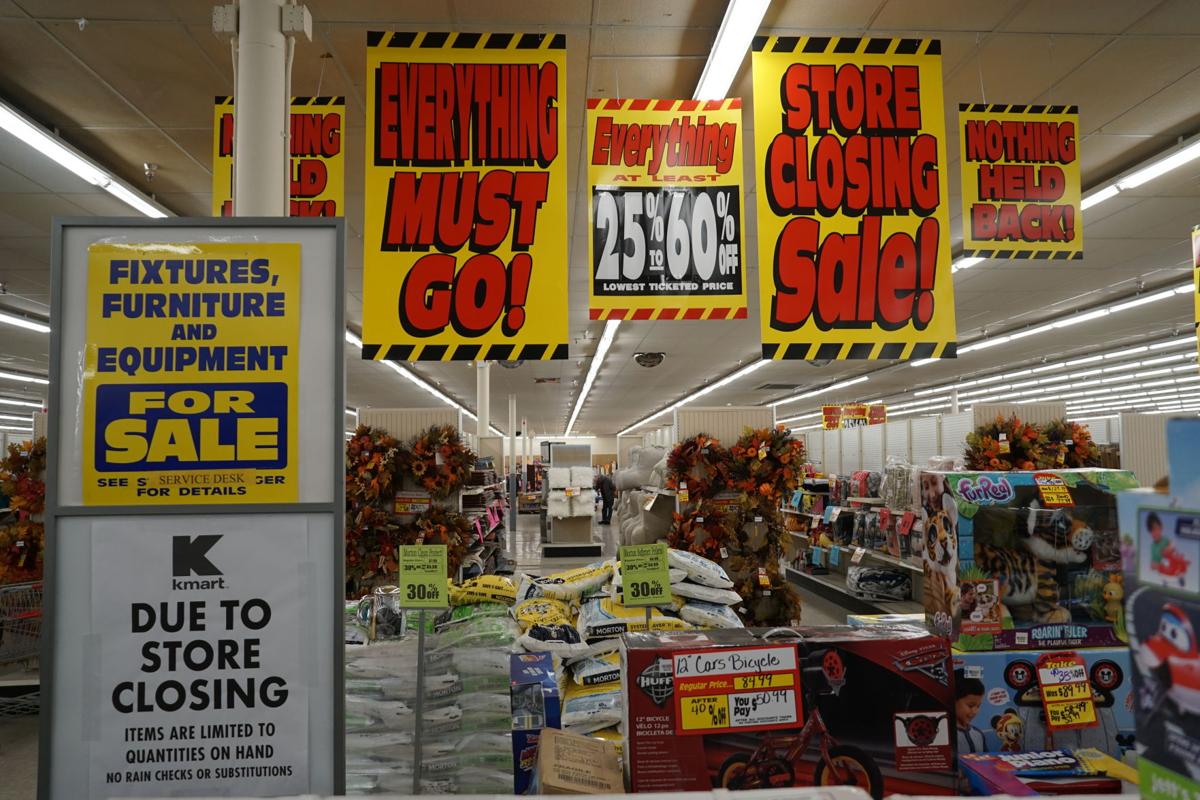 INVENTORY DWINDLING — Even the light fixtures are for sale at Kmart, as the last of the store’s inventory is sold and the mainstay box shop prepares to close its doors on Russ Avenue in Waynesville. 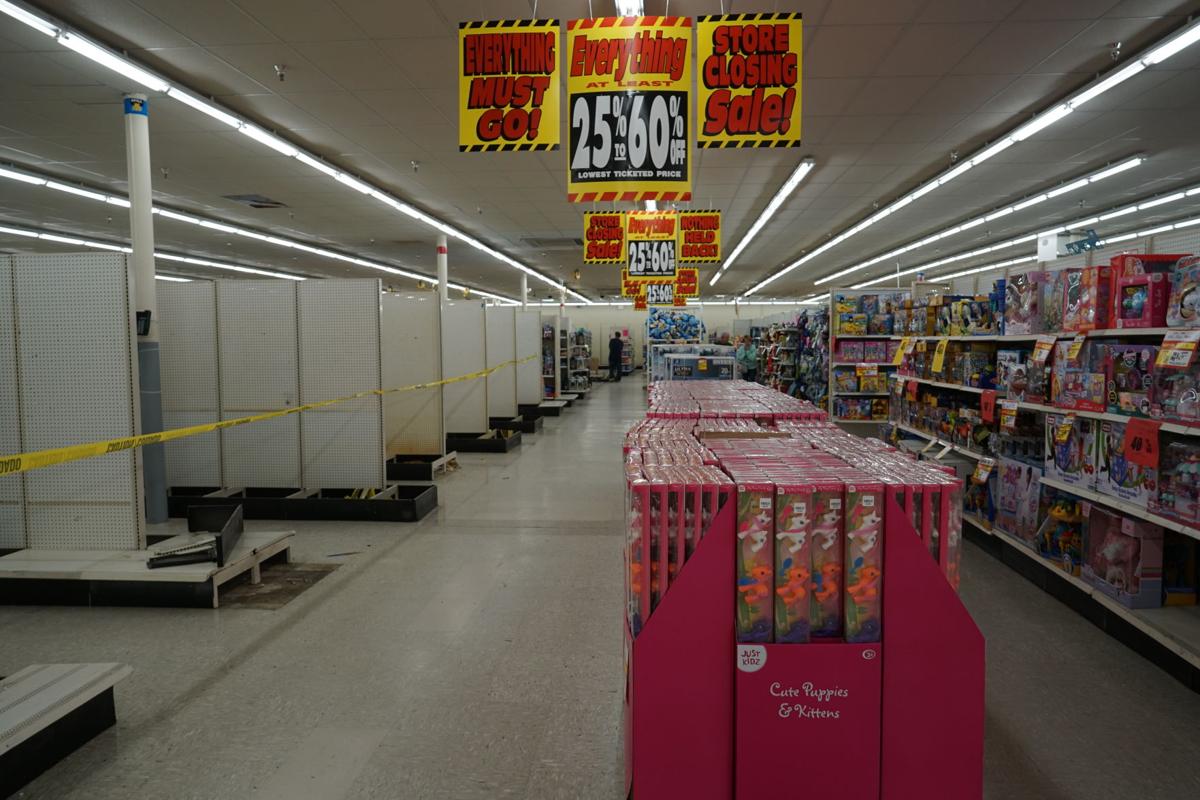 Shelves are thinning at the soon-to-close Kmart in Waynesville. 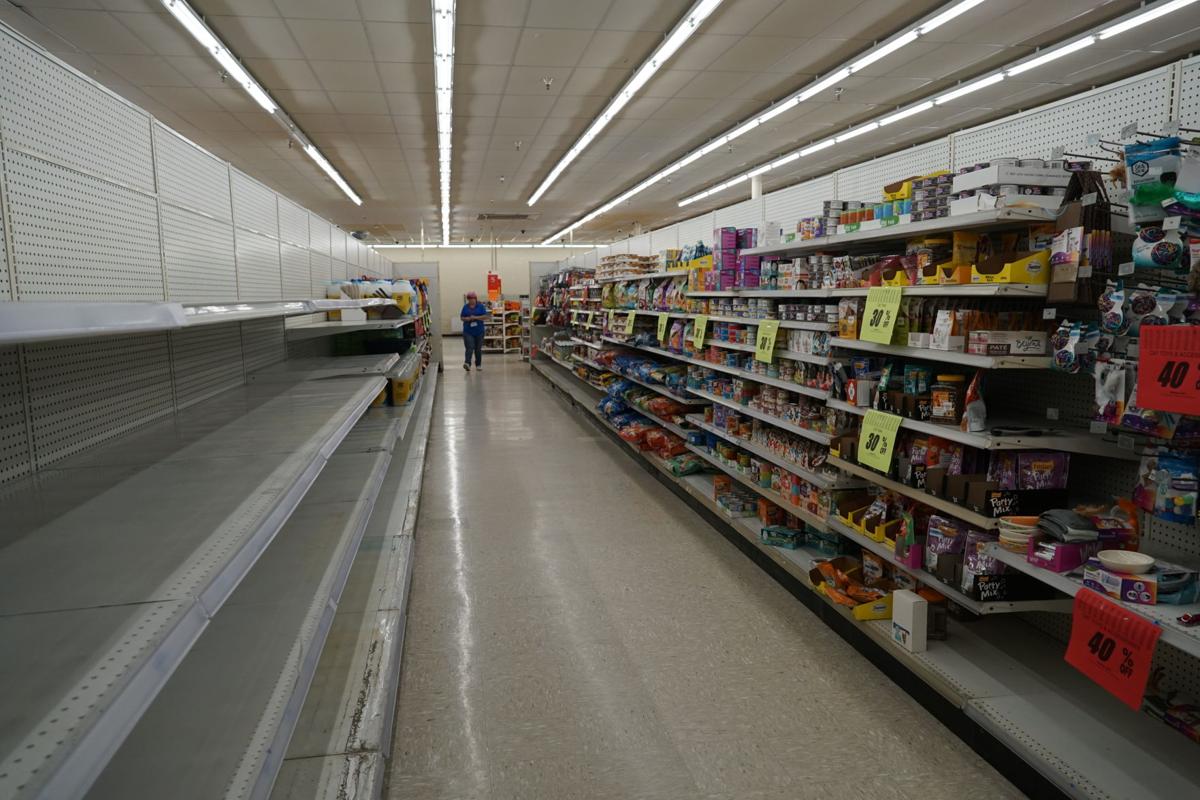 INVENTORY DWINDLING — Even the light fixtures are for sale at Kmart, as the last of the store’s inventory is sold and the mainstay box shop prepares to close its doors on Russ Avenue in Waynesville.

Shelves are thinning at the soon-to-close Kmart in Waynesville.

Even the fixtures and price taggers are for sale at Kmart, as the last of the store’s inventory is sold and the mainstay box shop prepares to close its doors on Russ Avenue in Waynesville.

“We’ll be here until the merchandise sells out,” said assistant store manager Jeff Redmond. “It’s sad to say it.”

Redmond said Kmart was the first big box store to open in Waynesville, back in 1987.

“It was a big deal when the store opened, because there was nothing else,” Redmond said.

The closure of Waynesville Kmart falls in line with other Kmart closings across North Carolina, and nationwide in recent years. Southwest of Winston-Salem, the Kmart in Clemmons is also closing its doors, leaving only two locations still open in North Carolina.

“When we lost both Asheville stores, everybody thought, ‘well at least Waynesville is going to make it,’” Redmond said. “I thought Waynes ville would be around a long time.”

Big box retailers are closing stores across the United States as online shopping continues to grow in popularity. The Kmart and Sears brands were acquired by a new parent company in 2019, and location closures — including the Kmart in Waynesville — were announced shortly thereafter.

Many shoppers browsing the thinning inventory at the Waynesville Kmart said they were drawn in by advertisements for store closure discounts.

Janice Godek said she has been a regular shopper at the store, and dislikes the thought of driving further from her home in Canton to get to Walmart anytime she needs something.

“It’s an institution, Kmart is,” Godek said. “It’s been around for years, I don’t like to see it go.”

Redmond said customers have expressed concern that Kmart’s closure might give an advantage to other big retailers in Haywood County.

“Competition always helps keep prices down, it doesn’t matter what the business is,” Redmond said.

Store management declined to comment on how many Haywood County employees are impacted by the local Kmart’s closing.

It is unclear what will happen with the almost 95,000 square-foot building, which is valued at $5.1 million, and owned as part of the larger 16-acre shopping center by PCT Waynesville, an LLC with a California mailing address, according to county documents.

“We do appreciate your patronage over the years,” Redmond said. “Just like with anything else, you have to be able to adapt and change in today’s environment quickly. What may be good today may not be good tomorrow.”