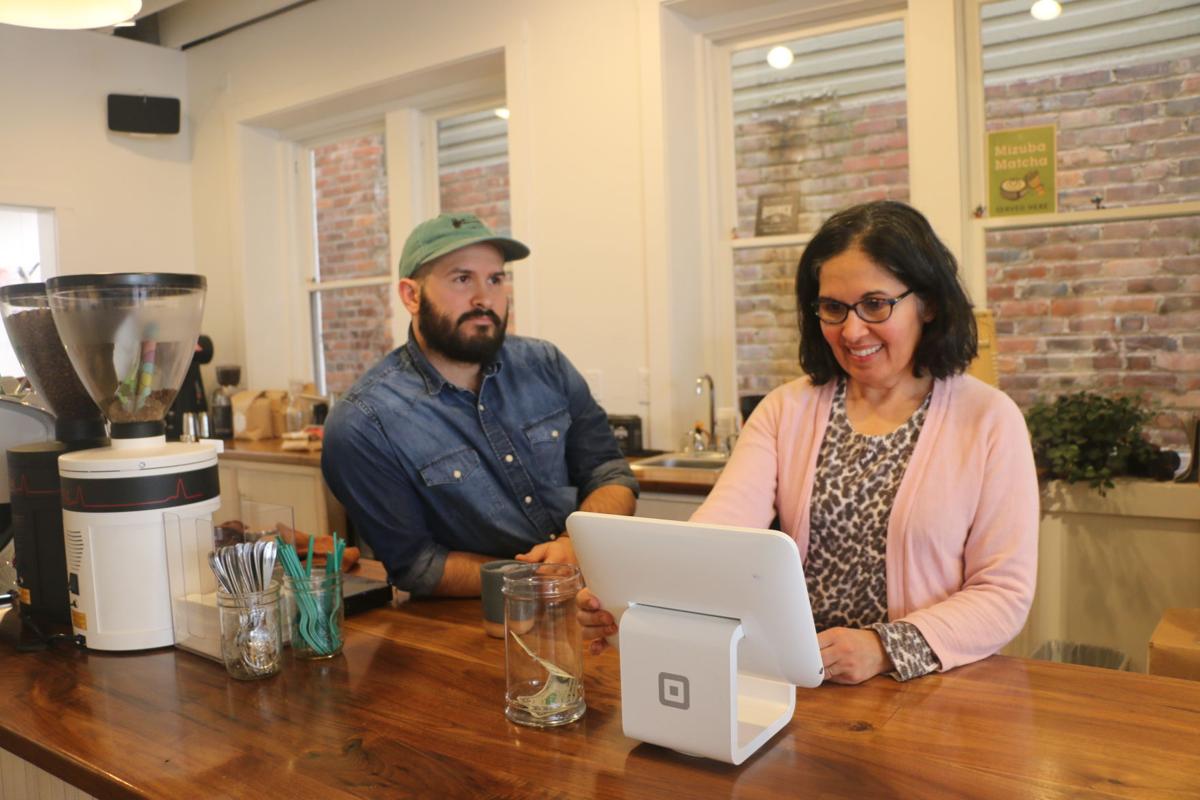 NO. 4 — Cabell and Maria Tice are shown at the counter of Orchard Coffee in Waynesville. Their business was selected as the fourth ranking coffee shop in the nation by Food and Wine magazine. 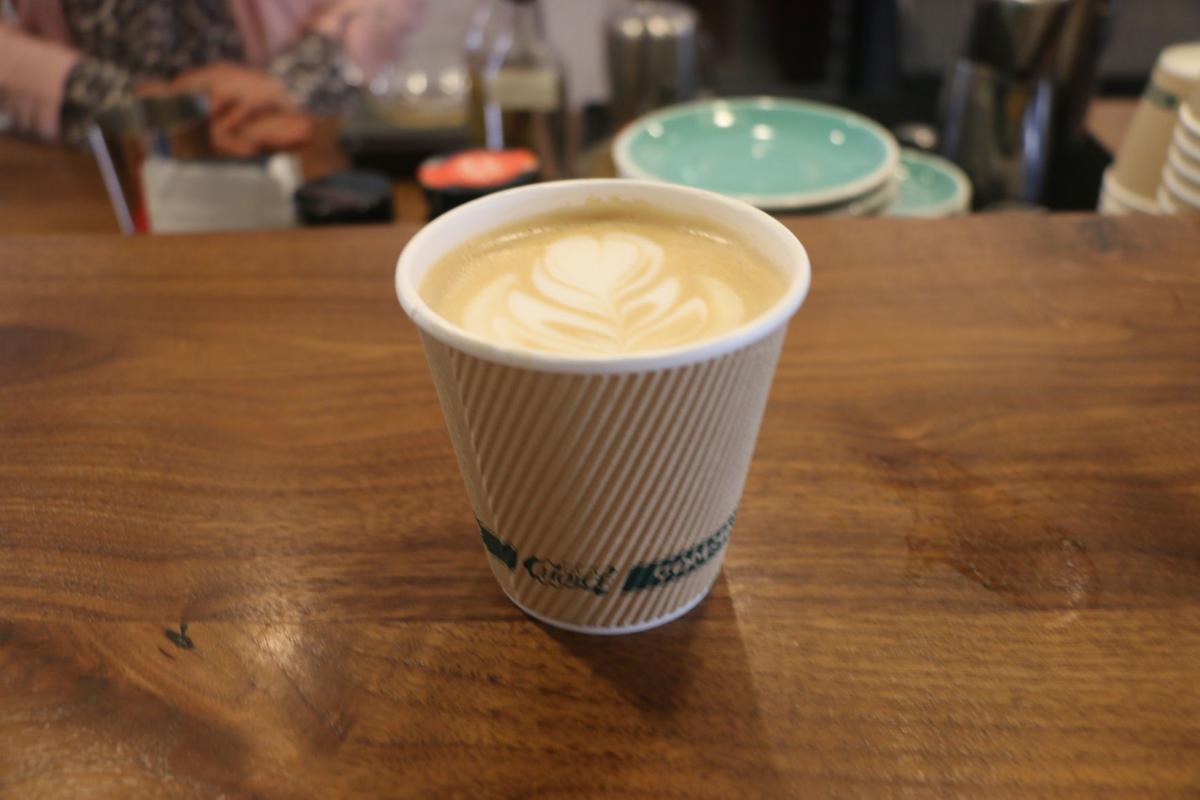 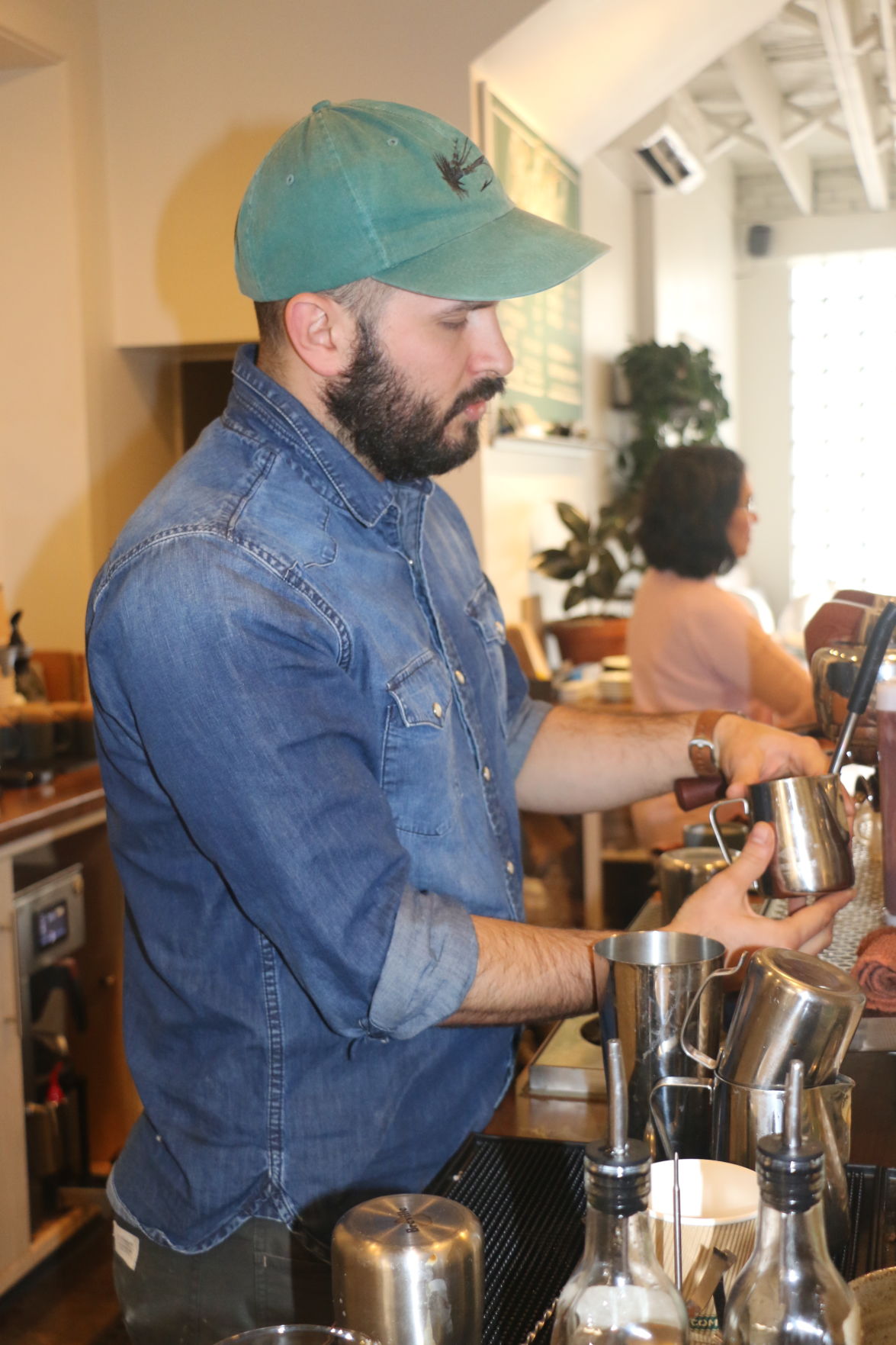 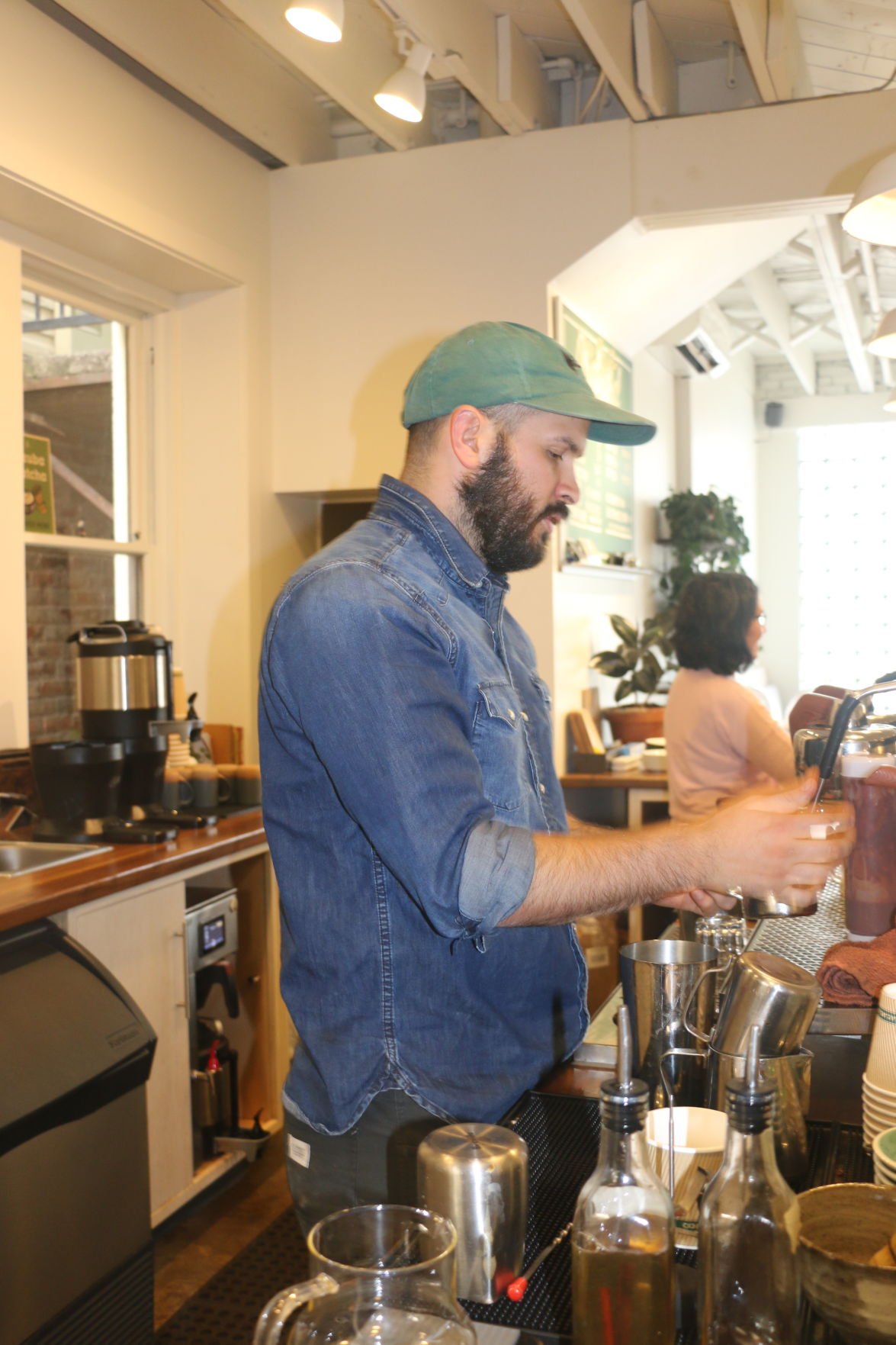 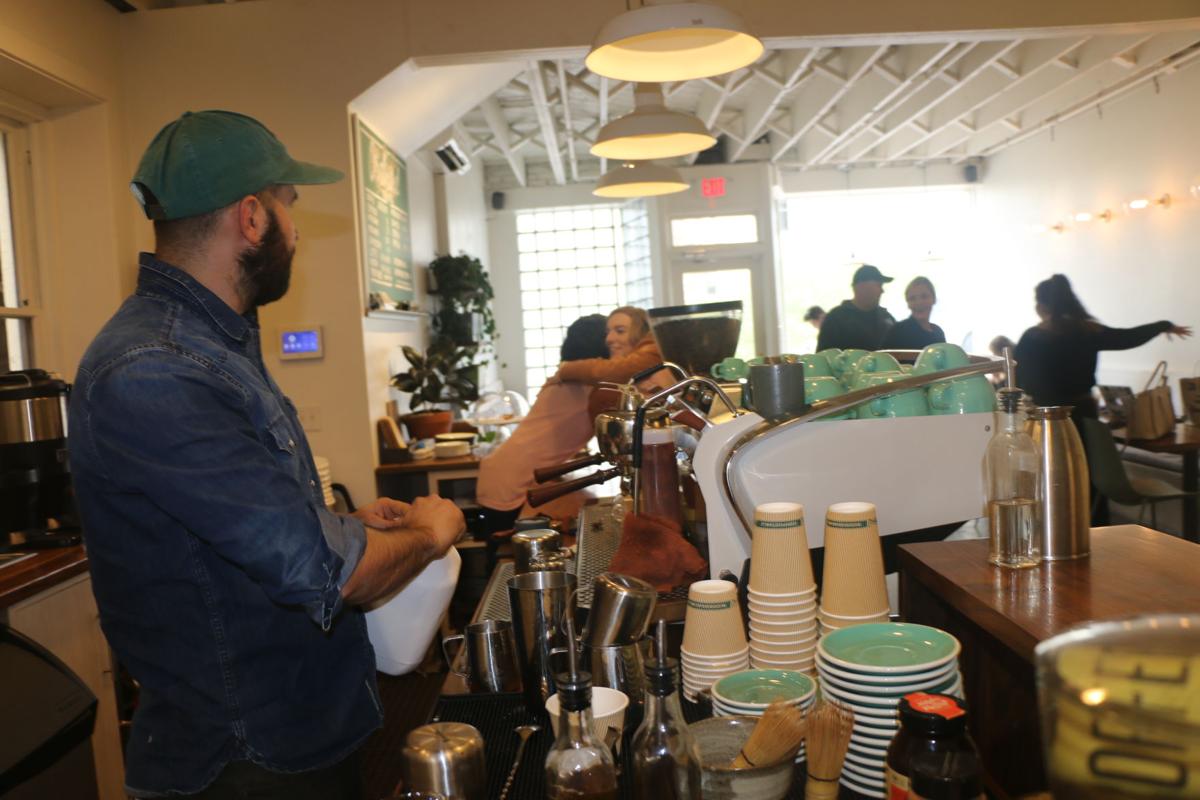 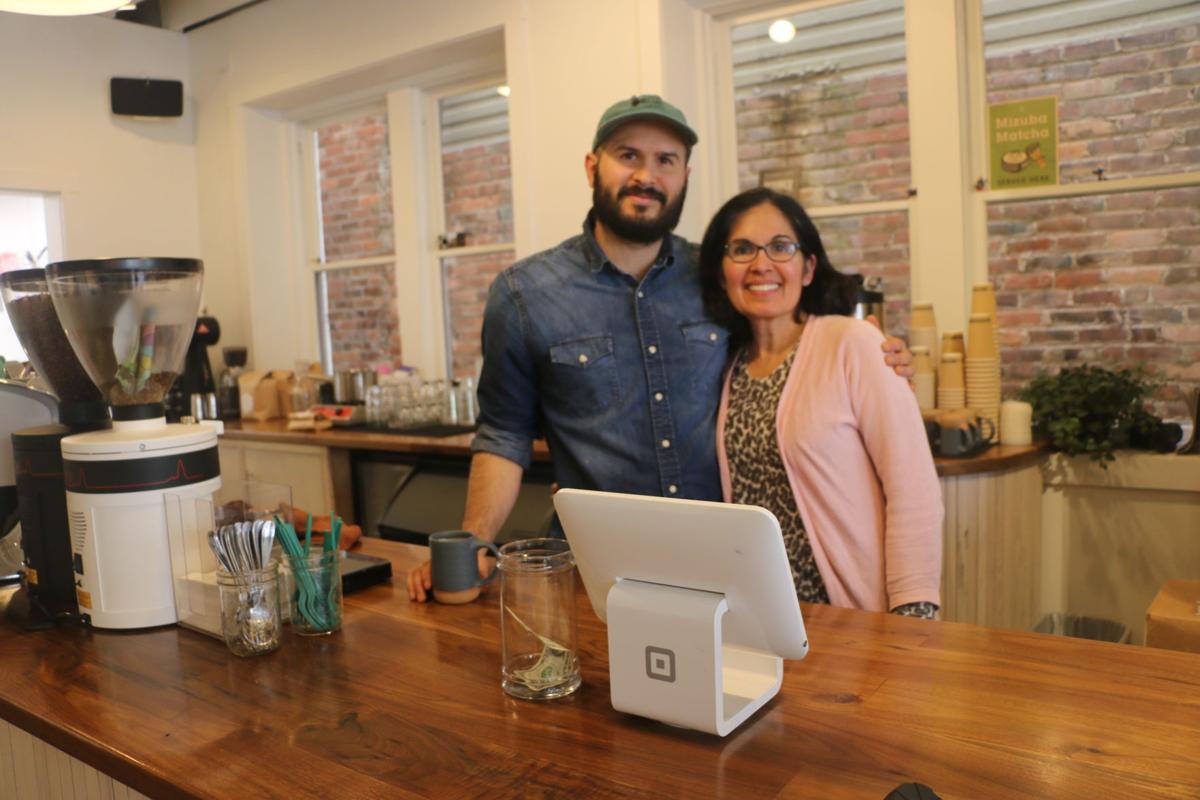 NO. 4 — Cabell and Maria Tice are shown at the counter of Orchard Coffee in Waynesville. Their business was selected as the fourth ranking coffee shop in the nation by Food and Wine magazine.

Waynesville’s Orchard Coffee has not only been named as one of the top 100 coffee shops in the nation, but has the distinction of being ranked fourth on the list compiled by Food and Wine magazine.

In the online article, writer David Landsell wrote that the list was compiled primarily through anonymous shop visits with no solicitation of free sample, and no acceptance of undue influence over the process.

“While I did, as in the past, seek the counsel of some of the industry’s best and brightest,” Landsell write, “I am proud to say that I was able to travel more than ever, sampling more coffee than you can imagine, visiting roughly 40 states in the 12 months—even Alaska.”

Those visits led to the magazine’s list of the best places to buy coffee in the U.S., with 10 spots rising to the top, and the others grouped under the heading “the best of the rest.”

Orchard Coffee co-owner Cabell Tice feels certain he was on the magazine’s radar because of his previous work in the industry. He’s honored to be recognized by such a prestigious source.

“It’s very cool to not only be on the list, but to be near the top,” he said.

The Tice family opened their coffee shop on Depot Street near the Historic Haywood Courthouse earlier this year after spending about eight months remodeling the space as they lived in the upstairs apartments.

It’s a family operation, said Cabell Tice, who owns the shop with his mother Maria.

His wife, Sophia bakes fresh pastries daily in between caring for their three children, Olive, 5, Josiah, 3 and Theo, 1. His sister Jirah works as a barista, and his brother Ephriam, is a Tuscola High School student, but helps out during the summer and on weekends.

Cabell Tice began his career in coffee in Astoria, Oregon, but later traveled around the world in latte art competitions, where he brought home three world championship titles.

“The coolest places I visited were Japan, Norway and Russia,” he said, noting competed and taught workshops during his travels.

The family found Waynesville online, and the area matched a vision of living in the Smokies where they could enjoy the abundant outdoor opportunities.

“It’s been super great,” Cabell Tice said in reference to the move to Waynesville. “We work hard for our community and try our best to be part of it. Part of our success is being people people. Our model is service first.”

Recently, Orchard has began hosting concerts at the venue. Josiah Johnson of the Head and the Heart performed to sell-out crowd of about 40, each paying $25 for a ticket.

The next show will be a member of Blind Pilot, a band National Public Radio ranks as a favorite, and who the Tices met in their home town of Astoria.

These tickets will be $50, which is just enough to cover the actual cost of bringing in the performance.

“We’re not doing shows to make a profit,” Cabell Tice said. “We’re just doing this to provide something cool.”