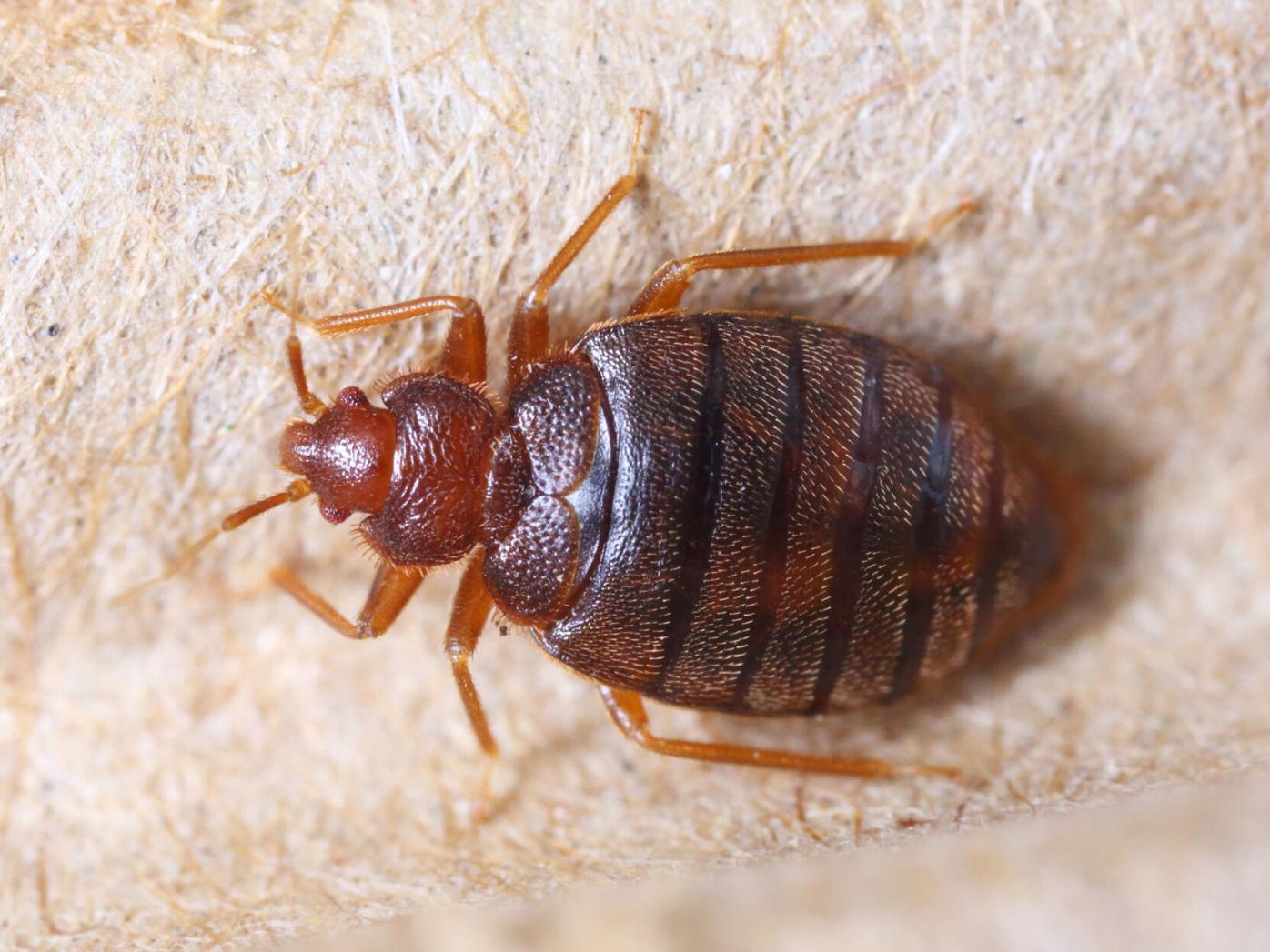 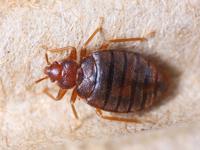 UP CLOSE — This is a close up of a bedbug on corrugated recycled paper. 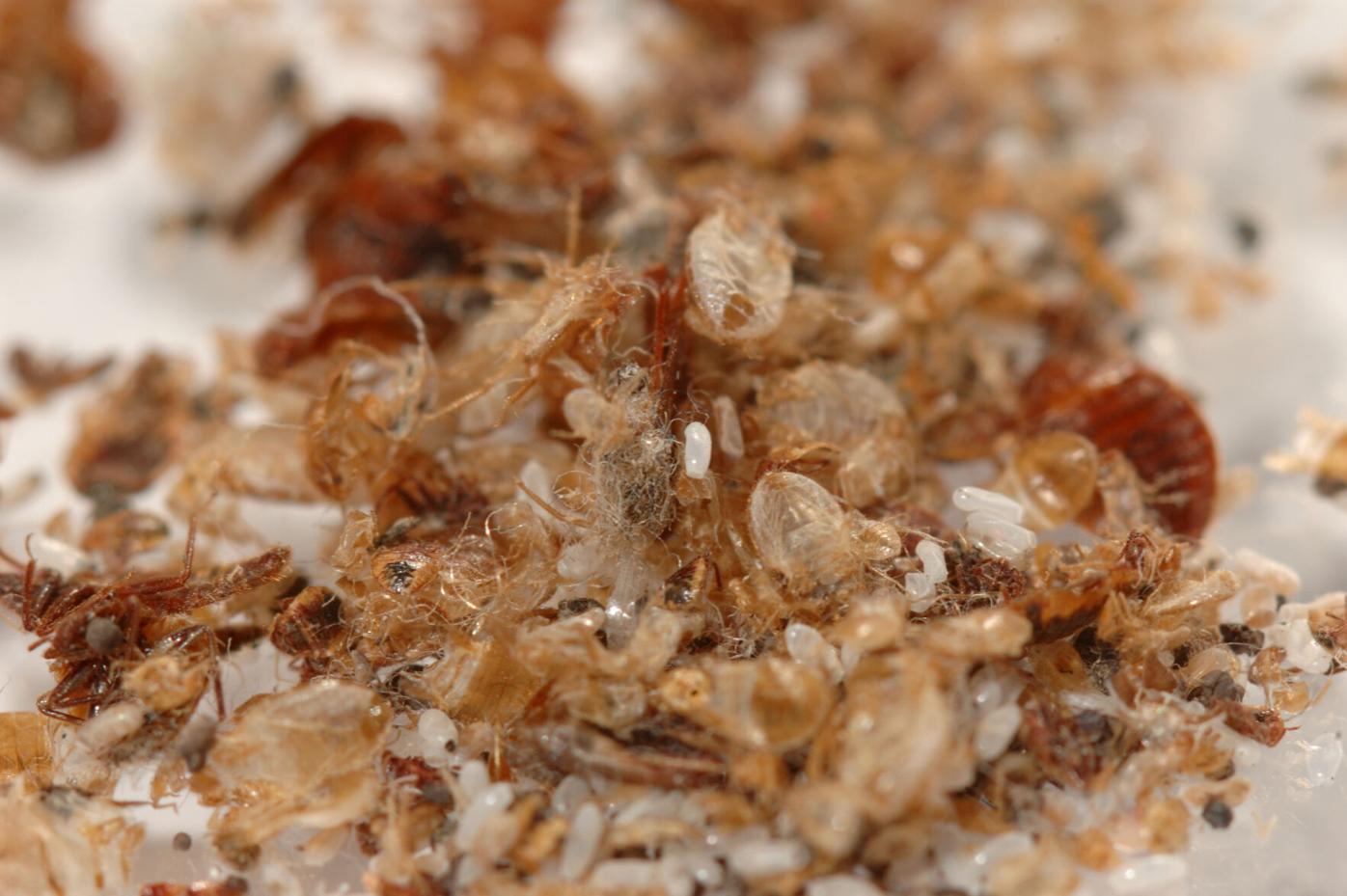 LEFTOVERS — This is what bedbugs leave behind — skins, eggs and carcasses.

UP CLOSE — This is a close up of a bedbug on corrugated recycled paper.

LEFTOVERS — This is what bedbugs leave behind — skins, eggs and carcasses.

He has advice to offer to callers, but can do nothing to force landlords to address a bedbug infestation.

“Actually, they aren’t considered a public health threat because they don’t spread any kind of disease,” he said. “They’re more of a nuisance.”

Bedbugs are tiny insects, less than a fifth of an inch, that live on human blood, hide in dark crevices and can go up to a year without eating, all the while laying eggs and increasing their numbers.

They are hard to spot because they don’t like light, but evidence of their presence is detected in bites left behind on humans or animals.

The presence of bedbugs is unrelated to cleanliness, according to experts. They find their way into a dwelling through furniture, clothing or luggage. Bedbugs are capable of surviving on cats, dogs or birds, but prefer a human host.

An inspector with the county environmental health office was one of several regulators who investigated conditions at the apartment of Regina Mathis in September. While there were plenty of roaches in the apartment, no bedbugs were found, which wasn’t surprising, Bradish said. That’s because bedbugs often don’t come out in the daylight.

Once bedbugs have invaded an apartment complex, they are difficult to eradicate without treating all of the units.

“Bedbugs travel through the walls, ducts or electrical outlets,” Bradish said. “They can move from apartment to apartment. Years ago they got into the Towers in Waynesville.”

In that case, the infestation was treated and the problem was solved, he added.

While mattresses must be tossed, bedbugs can be killed through a heat treatment in some cases. Furniture cushions can be placed in black trash bags, and left in the sun or a trunk, for instance, and clothing can be washed in hot water and placed in a hot dryer.

But the best way to be sure they are gone is by using a chemical spray, Bradish said.

Kevin Hathorne, the technical director at Terminix Service in Columbia, South Carolina, said each bedbug situation is different and the control strategies depend on the severity of the problem.

“Bedbugs don’t care if a house is dirty or clean,” he said. “If there is a lot of clutter, it will make a situation a lot worse and a lot harder to get under control. It helps tremendously to get rid of clutter and clean up.”

Bedbugs are small and extremely flat, he said, which means they can get into places such as microwave or television circuits or electronics — places not traditionally associated with an infestation.

However, if a home is treated, items such as electronics, lamps, computers and other belongings must be cleaned or specially treated to prevent the chances of a re-infestation.

If the treatment area adjoins another apartment, units on either side of the infested unit must be treated, Hathorne cautioned, as bedbugs commonly use wall voids, electrical wire conduit lines and pipes to travel between apartments.

The most expensive but permanent solution is fumigation, where a tent is placed over the entire building that is sprayed and left vacant for three days.

Heat treatment, where a propane or electric powered unit pumps heat into a house, is effective, he said. Since the heat generators must remain outside, this option doesn’t always work on upper floors, and the units can’t be placed in a hallway.

In a situation like a several-story, multi-unit apartment complex, a multi-faceted approach would likely be needed, he said, and all tenants would definitely need to agree to comply.

“If one resident isn’t cleaning and washing bed clothes, over time that will have the possibility of spreading bedbugs back out, causing the situation to happen again,” Hathorne said.

Spray treatment would likely be tailored according to the infestation level in each unit, he said, with preventative methods chosen for units not yet infested.

Getting bedbugs out of an apartment complex is difficult, Hathorne said.

“It’s a tough situation, especially when there are no laws to keep people responsible,” he said. “The longer it goes on, the worse the infestation gets.

“Even if you spend the money to have your unit treated, units surrounding you can be a source of infestation. It’s not a good situation.”