When voters head to the polls to weigh in on the March 3 Primary Election, they will be using paper ballots and a pencil to fill in the oval next to the candidates of their choice.

It will be a significant change from the touch-screen voting machines Haywood voters have used for the past 14 years. These machines create a paper record of votes cast in each precinct, but doesn’t provide the paper ballot trail state legislators determined was needed to provide the level of security needed.

“We did things efficiently for a great number of elections without problems,” County Elections Director Robert Inman said of the previous system. “This will be a totally different voting experience for people.” 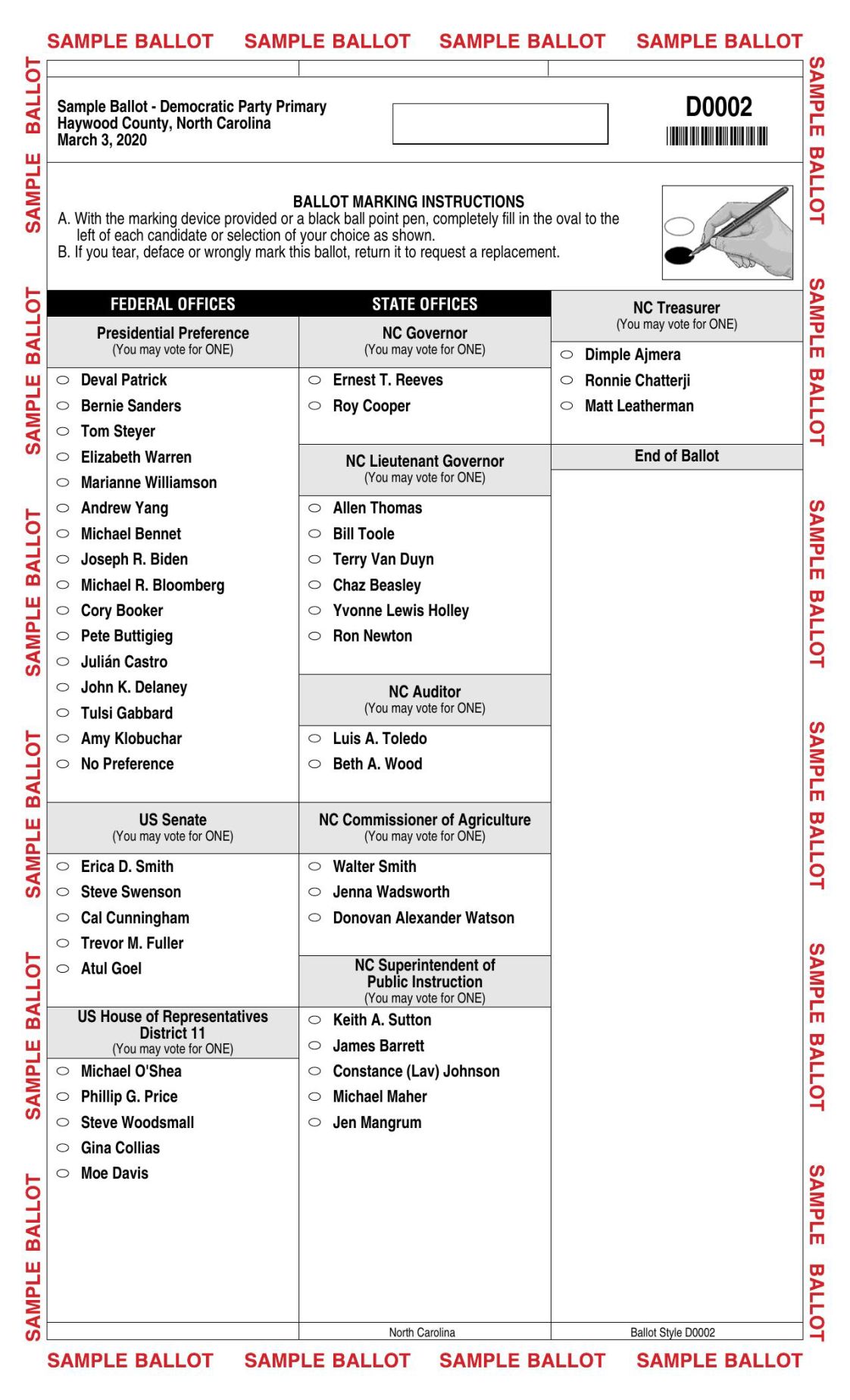 The N.C. General Assembly gave counties until December 2019 to convert to paper ballots. Replacing the county’s voting system cost $642,175. Inman said about 25 percent of the counties in the state had to purchase new voting equipment to comply with the law.

The paper ballot/optical scanning voting process is similar to the one used in Haywood prior to 2005, Inman said.

Voters will get to test the process as early as Thursday when early voting begins across the state.

During the primary process, voters select which candidates will represent their party in the General Election. In the primary, voters will be given the ballot that corresponds to their party registration. Those who are registered as unaffiliated will have the option to decide which ballot to choose.

Only the Democrat and Republican political parties have candidates for multiple races up and down the ballot. 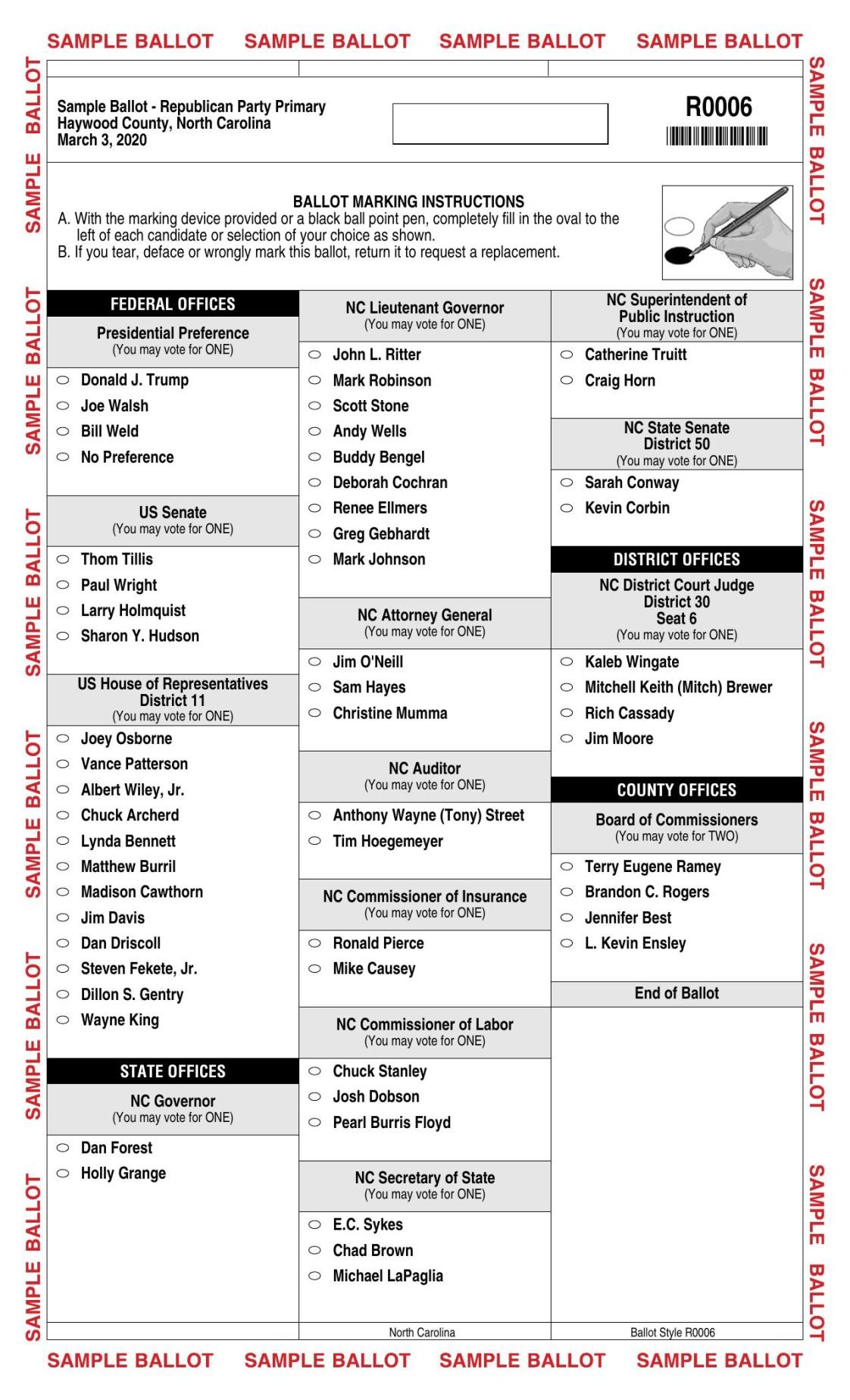 On Election Day, March 3, voters will cast ballots an the precincts, but those who decide to vote early have three sites to choose from — the Senior Resource Center at 81 Elmwood Way in Waynesville: Clyde Town Hall at 8437 Carolina Blvd. and the Canton library at 11 Pennsylvania Ave.

Due to possibility of unpredictable inclement weather, Inman said the Haywood County Board of Elections suggests that citizens take advantage of one-stop early voting process.