You have permission to edit this article.
Edit
Pisgah / Tuscola Cash Clash 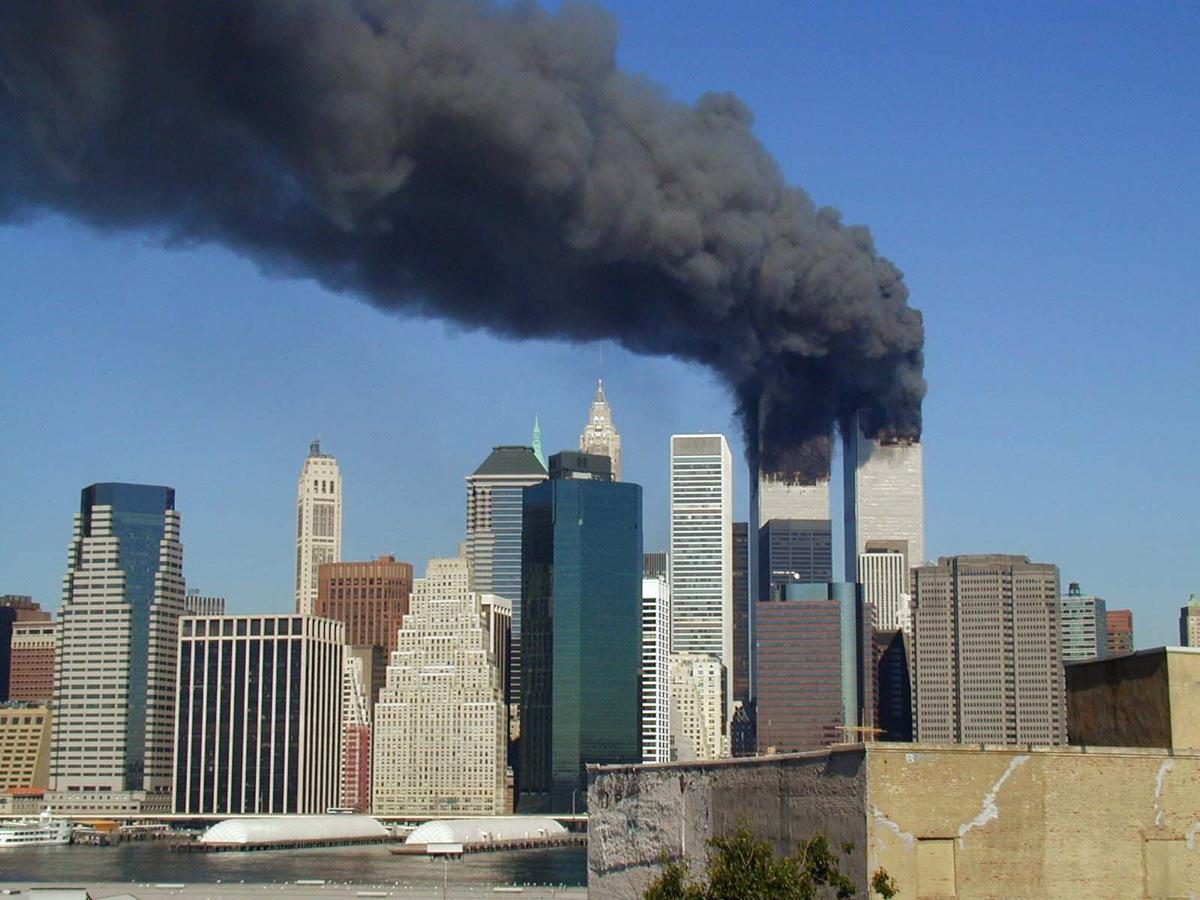 The twin towers of the World Trade Center in New York City following the terrorist attacks on Sept. 11, 2001. 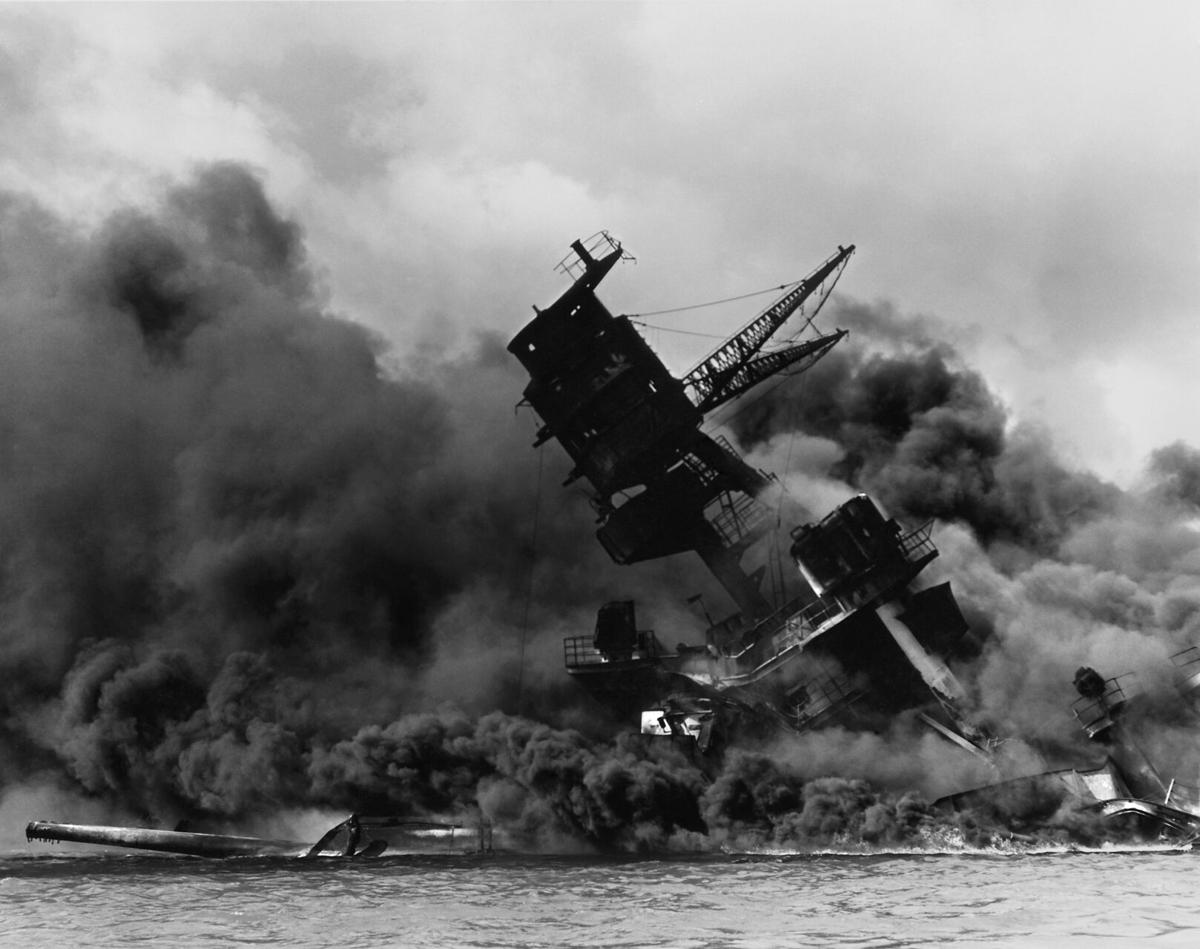 In this Dec. 7, 1941, file photo, smoke rises from the battleship USS Arizona as it sinks during the Japanese attack on Pearl Harbor, Hawaii. 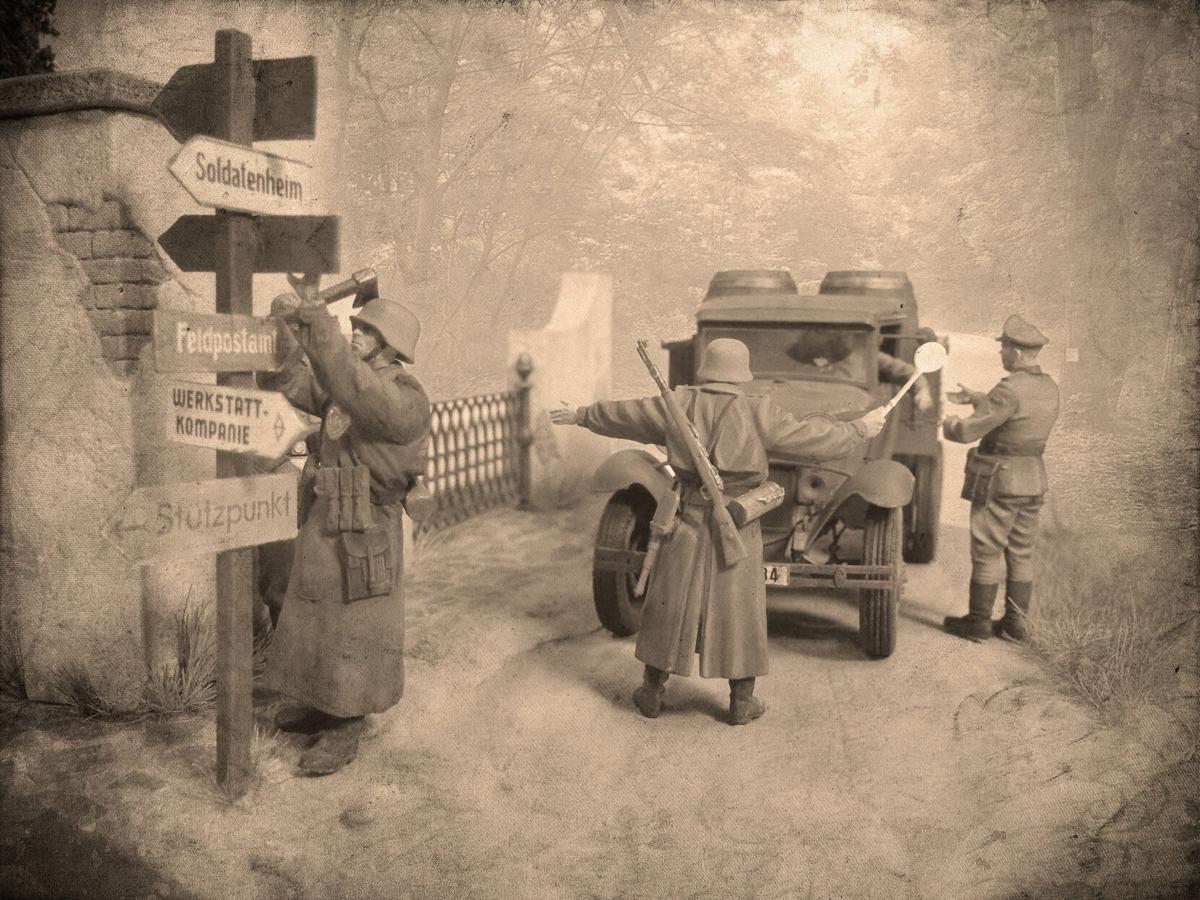 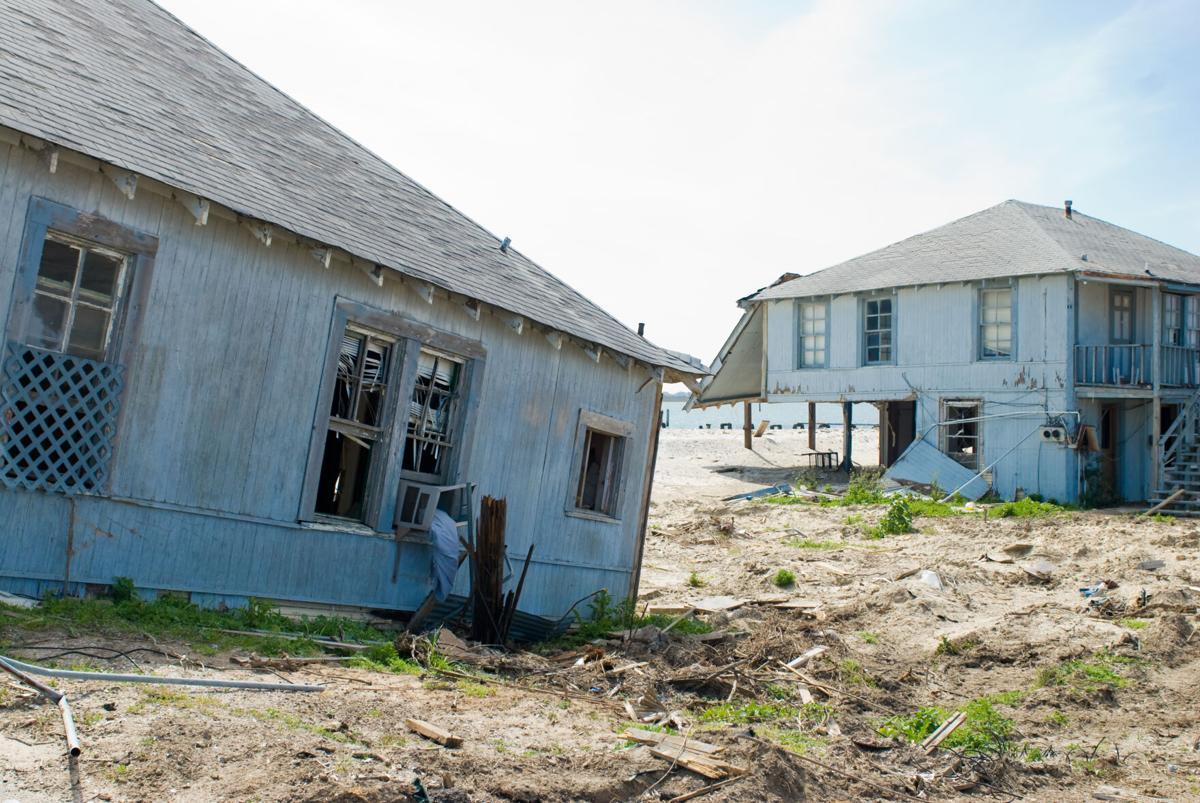 (Editor’s note: This is the first story in a two-part series on famous disasters. The second article will appear in an upcoming issue).

The word “Whew!” is not often used in the first sentence of an article. In this case, it’s apt as the number of disastrous events that have struck America and Americans is amazingly impressive, although not possible to be discussed in one article.

“Deadly” is not always determined by how many deaths are involved. Some disastrous events have far fewer than others, but are considered to be among the worst because of the surprise and shock that accompanied them. Also, to take into consideration, is the century and/or era of the occurrence.

In America, disasters have teemed, rained down, permeated and proliferated. In short, there have been a lot of them. Let’s take a look at a few of the worst.

For shock value alone, probably Sept. 11, 2001, the infamous 9/11 terrorist attacks are the worst in U.S. history. Although 2,974 people actually were killed in the attacks, in decades since nearly 4,000 firemen and other first-responders have died from cancer and other related 9/11 medical conditions.

President George W. Bush referred to this event as “evil, despicable acts of terror and acts of mass murder.”

Some of you are too young to remember, but on that day, a clear Tuesday morning, at 8:45 a.m., an American Airlines Boeing 767, containing 20,000 gallons of fuel, crashed into the North Tower of the World Trade Center in New York City. Shortly after, a second plane — a United Airlines flight — crashed into the South Tower, making a huge explosion. America was under attack.

The hijackers were Islamic terrorists from Saudi Arabia and several other Arab nations, who, reportedly, were financed by Osama bin Laden and his al Qaeda terrorist organization.

As millions watched these horrific events, a third plane, American Airlines Flight 77, crashed into the west side of the Pentagon military headquarters in Washington, D.C.

Meanwhile, a fourth plane bound for California was hijacked. But these passengers, having learned of the other attacks in New York and Washington via their cell phones, bravely decided to fight the four hijackers. This insurrection, although it possibly saved the White House, the Capitol and a major nuclear plant, caused the deaths of everyone aboard. The airplane crashed in a field in Pennsylvania, killing the hijackers but also the brave American passengers who prevented a worst disaster.

A shocker similar to 9/11 occurred in 1941 because of Japan’s aggression.

Japan had declared war on China in 1937, hoping to expand its economy and markets into China’s territory. The U.S. expressed unhappiness with Japan’s belligerent attitude toward China and, to this end, responded to this aggression with a load of trade embargoes and economic sanctions, thereby displeasing the Japanese and threatening war.

Just before 8 a.m. on Dec. 7, 1941, a swarm of Japanese fighter planes attacked Pearl Harbor, a U.S. naval base near Honolulu, Hawaii. At 8:10 a.m. on that fateful morning, a 1,800-pound bomb smashed through the deck of the USS Arizona, which exploded into flames and sank. Next, torpedoes struck the battleship USS Oklahoma with 400 sailors aboard. The Oklahoma rolled on her side and went underwater.

The attack was over in two hours, but every battleship in Pearl Harbor was significantly damaged and the Arizona was lost. The shock to America was great.

In the words of President Franklin D. Roosevelt, this was “an unprovoked and dastardly attack,” which forced the United States into World War II.

By attacking Pearl Harbor, an American territory, the Japanese plan was simple: They expected to destroy the Pacific Fleet. They reasoned that in that way, America would not be able to fight back if Japan spread across the South Pacific. (Wrong, weren’t they?)

The Japanese failed to cripple the Pacific Fleet. In the 1940s, aircraft carriers had replaced battleships as the most important naval vessel. At the time of the attack, all of the Pacific fleet’s carriers were away from the base.

But, we were at war. And, just as a good band smoothly segues into the next song, we must segue into:

Bitter terms of Germany’s surrender in World War I, (we’ll get to that war later), and the punitive terms of the Versailles Treaty, crippled the Germany economy and bred contempt for the Allied powers. Adolf Hitler obtained power in 1933, along with his National Socialist (Nazi) party. Although the Nazis never attained more than 37% of the vote in 1932, Hitler was able to grab absolute power mostly due to inaction and division of opinions among those who opposed Nazism.

One of Hitler’s first acts was his decision to avenge his bitterness over Germany’s defeat in World War I by stirring embers of a fake fire of a Jewish/Communist plot to destroy Germany. Using that fake scenario as an excuse, he put plans into motion to establish a German empire called “Aryan.”

His obsessive pursuit of so-called Aryan purity and supremacy, and his virulent anti-semitism, fueled the murder of some 6 million Jewish people, along with other victims who opposed his vicious policies. These acts of extermination were called the Holocaust and came from a psychotic mind. Hitler was a madman.

Hitler was born on April 20, 1889, in a small Austrian town, but spent most of his childhood in Linz, the capital of Upper Austria. After the death of both his parents, Hitler moved to Vienna, working as a scenery painter. This is where he became interested in politics and developed many of the ideas that shaped Nazi ideology in the future.

He served in World War I, won two decorations and was twice wounded. After the war, he joined the small German Workers’ Party, but his charismatic oratory soon helped him gain power and he renamed this group the National Socialist Party, or Nazis.

He established the Hitler Youth to organize young people, creating the Schutzstasffel, the infamous SS. These youth wore black uniforms and swore personal loyalty to Hitler. Under the leadership of Heinrich Himmler, the SS developed into a force that would dominate Germany and terrorize the rest of Europe during World War II.

The United States, just as it did during World War I, held back as England, France and other nations declared war on Hitler. However, after the Pearl Harbor attack, the die was cast and the U.S. declared war both on Japan and Germany, joining the Allies in the heroic beach invasion at Normandy. In that battle, 4,400 Allied troops were killed. At the Battle of Okinawa, the deadliest single battle for the United States, more than 12,000 American soldiers were killed.

Altogether, 405,400 American service men and women died in the Second World War. World War II ended in Europe with the unconditional surrender of Germany in May, 1945. Japan surrendered to General Douglas MacArthur on Sept. 2, 1945. It was over.

For the final disaster in this first installment, let us get away from war.

The deadliest natural disaster that occurred in America was the 1900 hurricane, which hit the island city of Galveston, Texas. On Sep. 8, a category-four hurricane hit the town, destroying more than 3,600 buildings with 150-mph winds. It drowned Galveston with 15–foot storm surges and killed approximately 8,000 men, women and children (plus pets).

Thousands of houses simply were simply lifted off their moorings and smashed to pieces.

Roof shingles, torn off by the ferociously howling winds, were turned into flying knives. Galveston, one of Texas’ wealthiest and most modern cities, was reduced to rubble. The bodies of victims continued to wash ashore for weeks.

According to the National Oceanic and Atmospheric Association (NOAA), the final count of the death toll ranged as high as 12,000.

Tragically, the disaster could have been lessened if the U.S. Weather Bureau hadn’t gotten the forecast completely wrong.

Kerry Emanuel, a professor of atmospheric science, said “scientists knew that a hurricane had passed to the North of Cuba and was headed to the Gulf of Mexico.” However, the Weather Bureau in Washington, predicted the storm would pass over Florida and head up to New England. “They were way off target,” Emanuel said.

The Weather Bureau’s director, Willis Moore, was reputed to dislike the Cubans, and so shut off the flow of data from Cuba to the U.S. (No one knows for sure if this is the true reason.) However, Moore did tell regional forecasters that “they could not on their own issue a hurricane warning; they had to go through Washington.”

This was not a quick and easy task in those days.

The combination of blocking information from Cuba and also making it difficult for local forecasters to report hurricanes turned out to be deadly, indeed.

In the couple of days before the storm hit, Isaac Cline, the Weather Bureau’s chief Galveston observer, suspected that Washington’s forecast had been way off. He tried to warn the city, but by then it was too late. Cline’s wife was killed, the city was devastated and Galveston was never able to fully recover.

Today, of course, the U.S. is good at accurately forecasting hurricanes and communicating warnings.

“We have come light years from where we were in 1900,” said Jay Barnes, a hurricane historian.

Nonetheless, without genuinely functioning emergency plans for mass evacuations, cities still can end up suffering from natural disasters — even if they can see them coming.

(JoAnna Swanson is a regular contributor to The Mountaineer. She lives in Waynesville.)