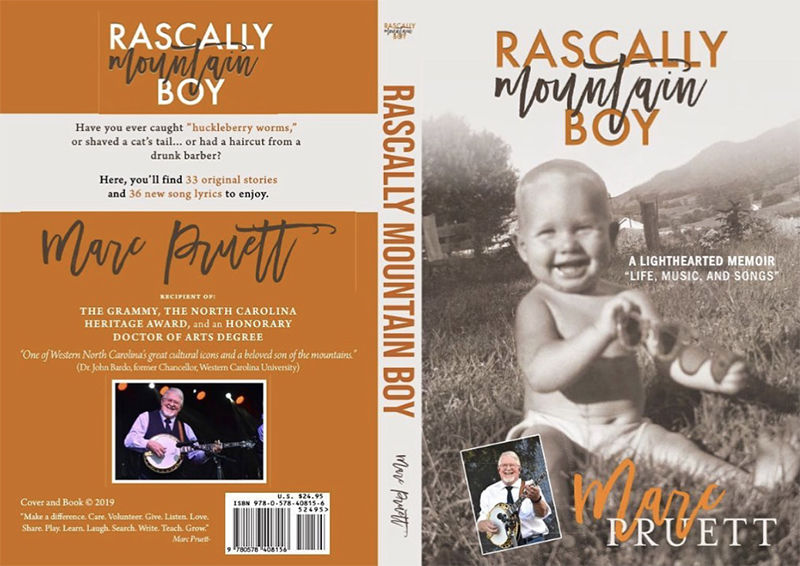 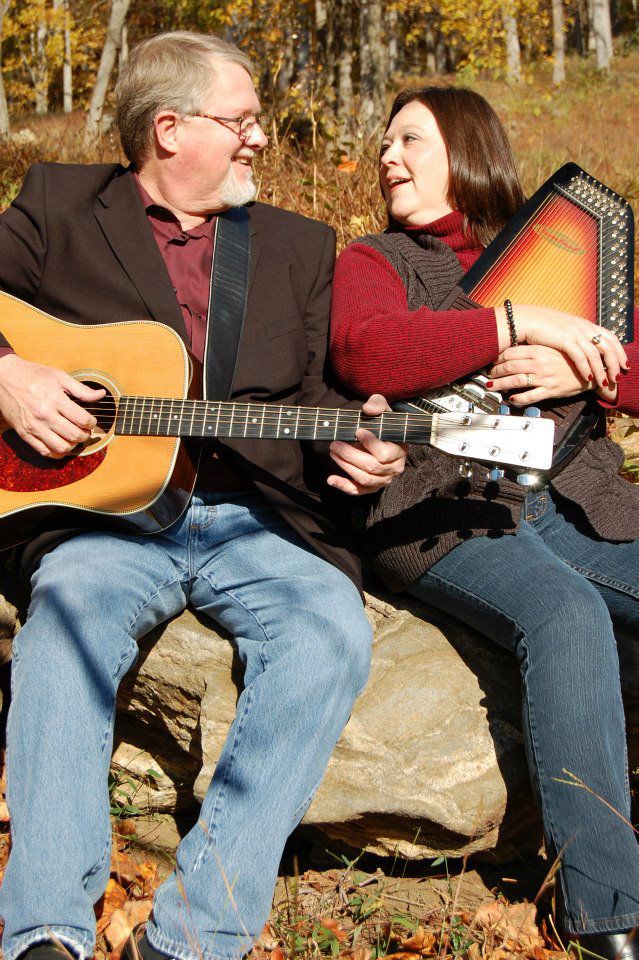 THE PRUETTS — Marc Pruett is shown with his wife, Anita, to whom he dedicated his book.

THE PRUETTS — Marc Pruett is shown with his wife, Anita, to whom he dedicated his book.

Most folks know Pruett as the mighty music maker who rings the banjo with chart-topping, blue-grass-and-more Haywood County band, Balsam Range. There’s a lot more to him than that, as readers will see when they read “Rascally Mountain Boy.”

Pruett said in the prologue his intentions: “...I realized that the aspects of being ‘mountain’ I wanted to talk about were on the positive end of the spectrum...a celebration of life and an expression of joy, and joy in sharing emotions and experiences that can give our lives quality...I sincerely hope that some of my ‘tellings’ pull you forward in a good way — with a wink, a smile, and hopefully, a positive afterthought. My best hope is that my stories can lead you to focus on your own positive memories leading to meaningful ways forward. Cling to the good. Positivism breed positivism.”

In a recent interview at a neighborhood coffee shop in Hazelwood, Pruett talked about some of the stories in the 300-page book, every one of them a winner. And true.

Readers quickly figure out that Marc Pruett and his only sibling, Matt, were pranksters and practical jokers. Marc, being three years older, was usually the ring leader. However, he admonishes readers on p. 24, “...So folks, find your rascally selves, but, BE SAFE RASCALS!”

“That Dog looks Hot!” takes readers on a bicycle ride down Evans Road to Powell’s Store near Canton on a hot, heavy summer day, after the Pruett boys decided their Schwinns needed to sound like a V8 Ford Glasspak muffler. (Glasspaks were loud and gave the impression of power.)

Pruett explains the muffler’s sound, and in 11 steps, he numbers off how to make a bicycle sound like one. The adventure concludes with the boys giving their hot, put-upon English setter several swigs of Coca Cola before throwing the dog into the creek to cool him off. Spoiler: The trip to Powell’s Store ended well.

Matt went on to become, and still is, a Methodist minister.

“The Drunk Barber” is another of Pruett’s favorite remembrances. The brothers received their first “store-bought” haircuts in the Center Pigeon barber shop of Albert Woodrow “Snip” Henson, and the boys’ mother, Mickey, wasn’t happy. She sent the boys and their dad back to the barber shop for a ‘re-do,’ which resulted in a buzz cut. Apparently that was the barber’s premium style.

Pruett said when he and Matt got on the school bus the following Monday, he noticed that all the boys on the bus had a buzz cut. They all had been coiffed at the Center Pigeon Barber Shop.

Always a gentleman, who with the rest of Balsam Range, always puts on a family-friendly show, Pruett didn’t know about including “Packin’ Sweet Potatoes.” His wife Anita suggested he might want to think twice about it. He thought twice and put it in anyway. Readers can decide if the “sweet potato” story skirts the boundaries of good taste.

It’s only after sharing this slice of 1960s east Haywood County life does Pruett take readers around the world with such friends as Flatt & Scruggs, Ricky Skaggs, Jimmy Martin, Bill Monroe and many other well-known musicians.

And Pruett doesn’t forget his local pals and peers. Beginning when they were teenagers, Pruett and the late Steve Sutton, himself a Haywood County banjo wizard, discussed banjo riffs on the telephone after school — Pruett in Canton, Sutton in Waynesville. Their paths would cross many times. Fans of both Pruett and Sutton will enjoy some well-told Sutton stories in Pruett’s book.

Marc Pruett’s love and respect for his family is the spine that runs through “Rascally Mountain Boy.” His mother, Mickey, ruled the roost, as was the case in many mountain families, and Pruett’s dad’s quote goes something like this: “...When we got married, I told her she could make all the little decisions and I’d make all the big ones. I’m happy to say there’s never been any big ones.”

Pruett’s mother died a few years ago, but his dad, Ray, is still setting good examples, at the age of almost 96.

“I’m so glad I got the book finished so he could read it,” said Pruett. “He read it before it was published. We got him an iPad and so often when I went to visit, (Pruett’s father is in a local long-term care facility), he’s reading the iPad and then wanting to talk about the book. It’s opened up new channels of communication for us.”

Pruett’s chapter on songwriting is almost a textbook. He explains why and how he wrote the songs. The first song Balsam Range released to the radio was “The Train’s Ready” — one Pruett wrote years ago with his wife, Anita, herself an accomplished performer, who played banjo with Whitewater Bluegrass Company before he did. Pruett dedicates the book to Anita.

Pruett is best known as one of the five founders of world-renowned Balsam Range — the original band was made up of Pruett, Darren Nicholson, Buddy Melton, Tim Surrett, and Caleb Smith, and it’s still the same five, together today. Pruett recently retired as Haywood County’s erosion control director.

Pruett’s a natural writer with a down-home style of story-sharing. He didn’t employ a professional editor. His book is peppered with photographs of life in mid-20th century Canton.

The book may be purchased at The Blue Rooster, Mast General Store, Southern Porch, other local retailers and at: www.balsamrange.com/store/rascally-mountain-boy-by-marc-pruett.