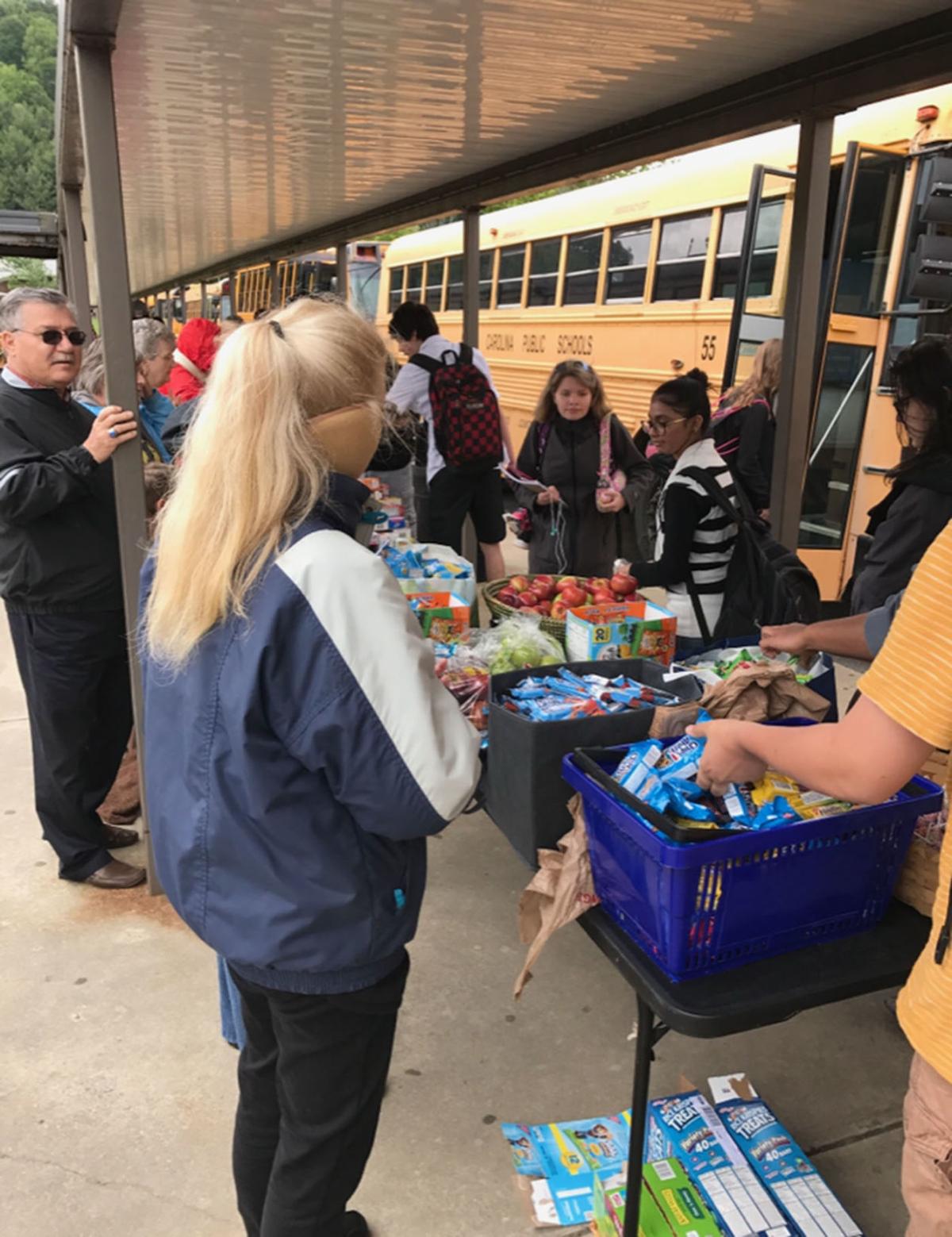 FEEDING STUDENTS — Each Friday after school, Long’s Chapel United Methodist Church volunteers have been providing snacks to students at Pisgah and Tuscola. Now the ministry will transition to providing lunch funds for students who may otherwise not eat. 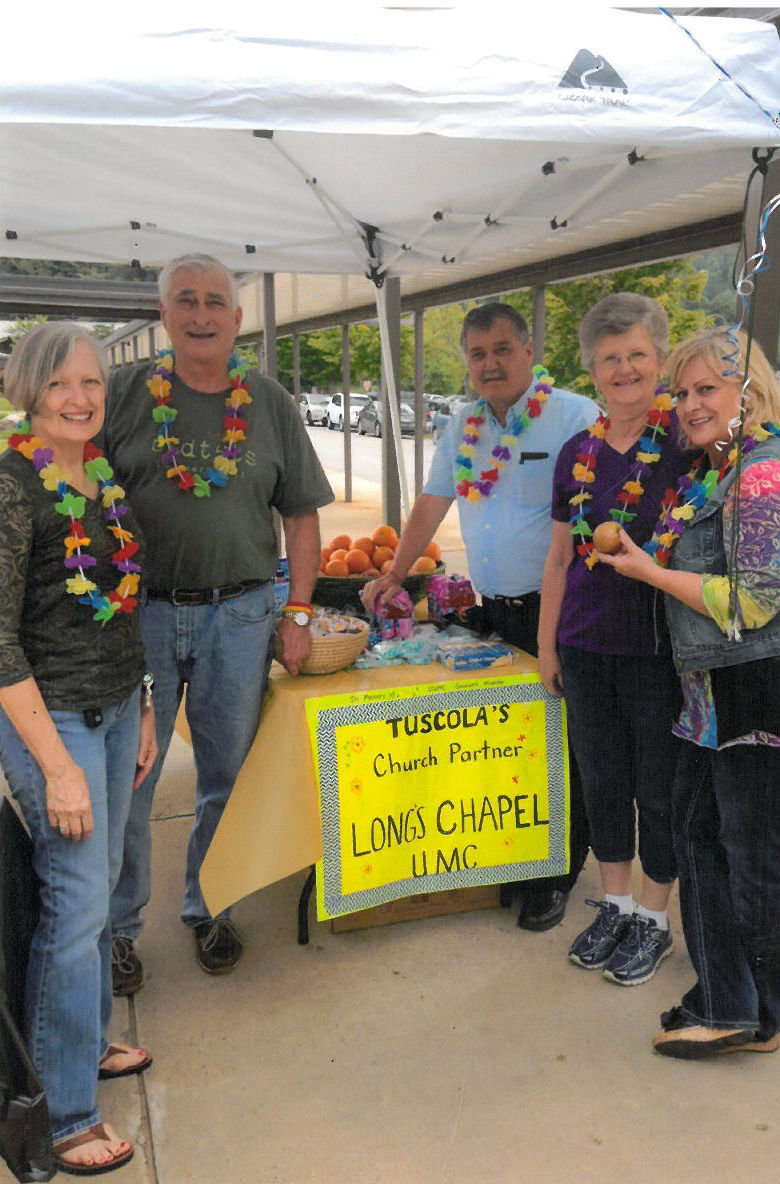 FEEDING STUDENTS — Each Friday after school, Long’s Chapel United Methodist Church volunteers have been providing snacks to students at Pisgah and Tuscola. Now the ministry will transition to providing lunch funds for students who may otherwise not eat.

For the past six years, team of volunteers from the church have been gathering at both schools at the end of the school day each Friday to pass out healthy snacks to all who wanted them.

But Debbie McConnell, who founded the ministry, said just watching the students picking up food made her think the $800 to $1,000 spent monthly on snacks could be put to better use. Funds for the program came through donations.

“They would eat it right there before they got on the bus,” McConnell said. “Just watching them, you knew they were hungry. I felt we needed to be a good steward with other people’s money and that we could do better than just provide snacks.”

She contacted the cafeteria managers at both high schools and learned that between 38 and 40 percent of the students qualified for free or reduced lunches, but the number is likely higher because there could be students living on their own or whose parents didn’t fill out the paperwork.

The managers know which students don’t have needed resources for food, and use their personal funds to make sure they eat,she said.

“Those cafeteria managers are Haywood County natives, and they aren’t going to let a kid go hungry,” McConnell said. “One said some kids don’t come to the lunchroom because they know they have used up their money. The cafeteria ladies promised us they get the word out to those kids saying there is money and to not worry.”

McConnell met with Haywood Schools Foundation Director Jenny Wood Valliere to work out a system where funds will be provided monthly to the foundation so they can be passed through to the two school cafeterias.

Moving forward, the ministry will provide $500 to the schools to pay for student meals, but not for snacks or drinks, she stressed. The donation amount was suggested as a baseline number, and more funds could be channeled to the ministry, depending on the need, McConnell added.

Second transformationMcConnell started First Fruits Ministry in memory of her mother, who passed away six years ago.

The two used to have lunch every Friday. As she mourned the loss, she thought of what her mother would advise — don’t sit around feeling sorry for yourself. Go do something for somebody else.

That’s when McConnell organized a group through Long’s Chapel, where her husband is on the ministerial staff, to make sandwiches for Tuscola students getting on busses each Friday after school.

Initial volunteers included McConnell and her husband, Tim; Gail Mason, Sharon Carlisle, Dwight Harper and Pauline Clifford made 50 ham and turkey sandwiches to hand out at first, but the need was much higher, so more and more were made. Soon they were giving out 150 sandwiches weekly. The effort switched to healthy snacks such as cheese crackers, fruit or granola bars and tables were set up so that any student who was hungry could stop by and pick up two snacks.

Two years later, the ministry was expanded to include Pisgah students.

The new ministry direction has freed up volunteers to focus on other church efforts, including the free after-school program where children from across the county can be bussed to Long’s Chapel, where they get help with homework or can participate in organized activities until their parents get off work.