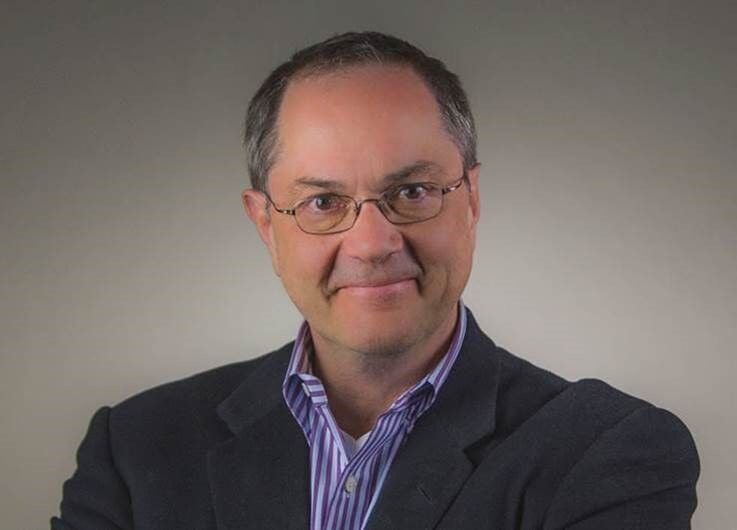 ENERGY CEO — Waynesville native Bill Brown is the Chief Executive Officer of NET Power, which stands for New Energy Technology. Brown is a leading voice in the development of zero-emissions technology. 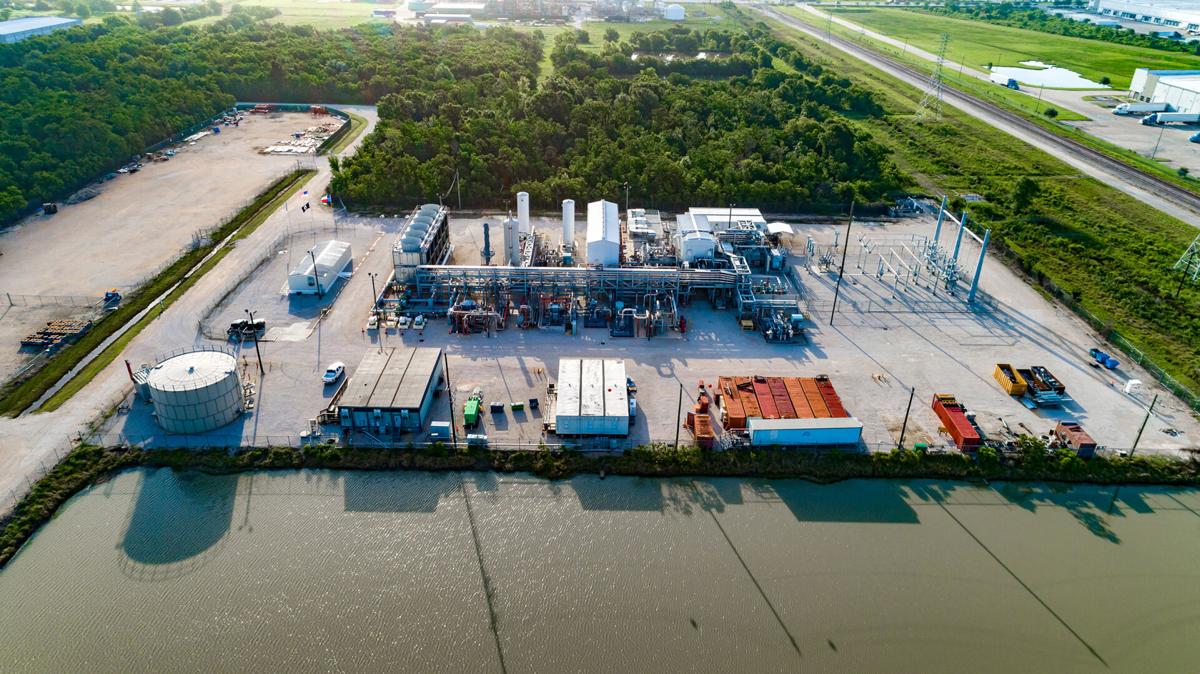 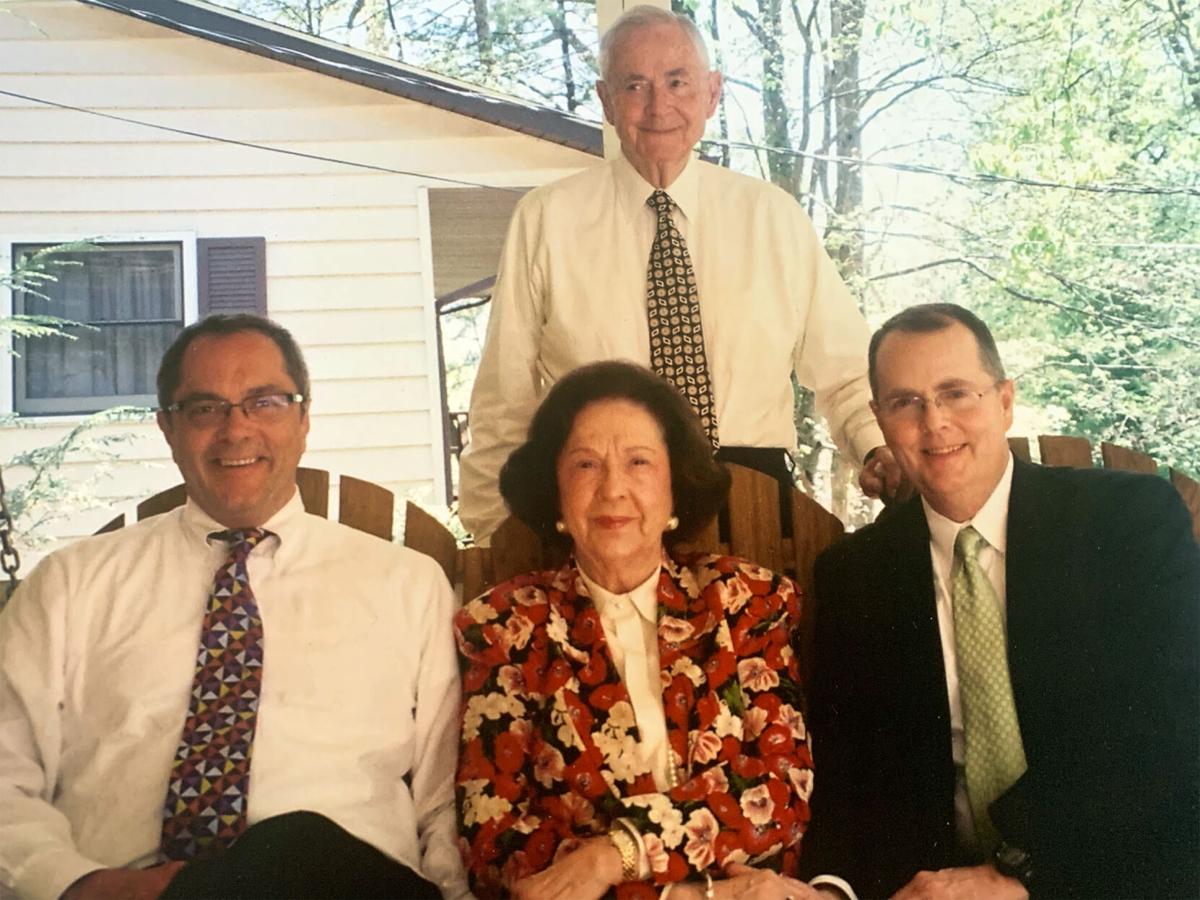 ENERGY CEO — Waynesville native Bill Brown is the Chief Executive Officer of NET Power, which stands for New Energy Technology. Brown is a leading voice in the development of zero-emissions technology.

Net zero, climate change, global warming, carbon footprint, renewable energy, greenhouse gases and so on, the terminology spewed around the global campaign to reduce the Earth’s rising temperature can be mind-numbing.

The topic is a hot-button issue for sure, especially in the wake of the 2050 deadline imposed by a coalition of world governments calling for carbon neutrality.

And while that timetable gives numerous governments, companies and/or individuals only 29 years to figure out a viable solution, the less-than-three-decade deadline is doable said Bill Brown, chief executive officer of NET Power, LLC, and 8 Rivers Capital, LLC. Both companies are at the forefront of technology that delivers low-cost/zero-emission power.

For Brown, who grew up in Waynesville, graduated from Tuscola High School and went on to complete two undergraduate degrees at Massachusetts Institute of Technology, as well as a JD degree from Duke Law School, his eye is focused on the prize of the technology his companies have spent the last eight developing.

In a January address to the Atlantic Council Global Energy Center, Brown detailed his company’s technology that burns natural gas with pure oxygen. According to NET Power’s website, “in The Allam-Fatvedt Cycle, the resulting CO2 is recycled through the combustor, turbine, heat exchanger and compressor, creating lower-cost power with zero emissions.”

Brown’s presentation, along with a Q&A is available on YouTube.

A few weeks after his global talk, Brown took some time to visit with his hometown paper, The Mountaineer.

“I like big problems and I like science and business,” Brown said, summing up the Atlantic Council speech. “This is the biggest science problem we face. From a business perspective, there is a lot at stake. According to Morgan Stanley, the world has to spend $50 trillion to get to net zero carbon emissions by 2050. For the intersection of science and business, this is as big as it gets.”

For the son of longtime Haywood County District Attorney Glenn Brown, who, along with his wife, Evelyn, was active in The First Baptist Church of Waynesville, the social mission of the energy endeavor plays a mammoth role in why Brown is so passionate about solving the net-zero conundrum.

“Our goal is to produce clean energy at a cost that every human can afford — not just the wealthy. For the least fortunate among us, energy costs compete with health, shelter, food, water and education. One thing is clear: We cannot get to net zero by 2050 relying on just renewables. We need to use every avenue we can.”

Another thing that’s clear, Brown said, is that the world cannot afford to wait. Brown said he believes the planet has not yet reached the point of no return in the war on climate change.

“If we keep focusing on picking technologies instead of picking our future, we will be in big trouble,” he cautioned. “We have to stop being against those things we are not 100% for.”

Comparing the COVID-19 pandemic to the climate challenge, Brown added, “At some point it will get unstable, and we will start thinking about adjusting to the new climate (it’s called ‘adaptation’). At that point, we might have more urgency for direct air capture (removing CO2 from the atmosphere), or we might decide it is cheaper to adapt. I just do not know. If you think about it, we are pretty good at adapting, but we never know what the future brings. This pandemic is a real shocker. A year ago, we could not imagine a world where we would not mix with people. But we have adapted.”

“I just felt like Bill’s community needed to know what their native son was doing,” said Martha Brown, Bill Brown’s sister-in-law. Martha was married to Bill’s younger brother, the late Robert Brown, who died of cancer in 2014.

Martha Brown is the chorale director at Tuscola High School and lives in Waynesville.

When asked what he would like to share with readers of The Mountaineer, Bill Brown said, “This is one of the finest places on Earth, and I am sure you know it. Be proud of it. Take care of it. And thank you for grounding me in so many important ways.”

For those who keep up with green news, a recent announcement by techno-visionary Elon Musk was exciting.

While details of the award are set to be unveiled in the coming weeks, Bill Brown was excited by the announcement.

“8 Rivers is a firm believer that carbon capture in many forms will be critical for the success of meeting internationally set climate goals,” he said. “We were excited to see the pledge by Elon because we think that carbon capture needs more moments like these. By putting carbon capture on center stage of many minds, Elon will help a broader cross-section of society learn its positive impact on climate change mitigation.”

As for those who doubt the science that supports climate change and the absolute need for developing alternative energy, Brown said the beauty of the reality is that while he believes climate change is real, the path forward does not require that belief.

“We simply make clean cheaper than dirty (air), and who does not want cheaper?” he asked.

There is a message of hope to be found in solving the zero carbon riddle and what some of the common ground might be, Bill Brown said.

“We see that we can make clean cheaper than dirty. We see that some innovations are pretty simple — you just have to be receptive,” Bill Brown said. “The answer is constantly evolving. If you think you know the solution today, you will be wrong. Back in the late 1990s, one of the big international energy organizations said that renewables could not be the solution because they could not scale big enough. Then, after going through a period saying that renewables were the answer, now they are focused on an all-of-the-above strategy. The biggest lesson we have all learned is we all have to stop being against those things we are not 100% for. To be successful, we need to explore every avenue, and the answer in one place will be different from the answer in another place. It’s like society at large, we all have to operate with some sort of moral compass, and we have to assume others are doing the same.”

Thinking back on his father and the lessons gleaned over a lifetime, Bill Brown shared a story about his role model.

“When I was a young boy, Dad was the district attorney for Haywood and counties west of Haywood. He did not have an assistant. He was the only lawyer that people would see in court representing the state. He and some judge would hold court in a new county every week. A lot of people knew him, and not surprisingly, a lot of people made sure that Dad knew if I had somehow acted up.

When I was in my early 20s, a highway patrolman pulled me over in Old Fort —almost 50 miles from any place where my father had held court. The officer looked at my license and asked, ‘Are you Glenn’s son?’ I thought this is my lucky day, this guy knows my father, and he will cut me a break. So, I grinned really wide and said, ‘Yessir, I am!’

At that point, the officer leaned over and looked into my eyes and said, ‘Your daddy is one of the most honest men I know. I really respect him. He’d want me to give you this ticket.’”

Good luck with the plans to save the planet. In 1950 there were 2.5-billion people living here. In 2050 there will be 10-billion, a number that will continue to expand exponentially. People exhale CO2. Whatever shall we do with them?