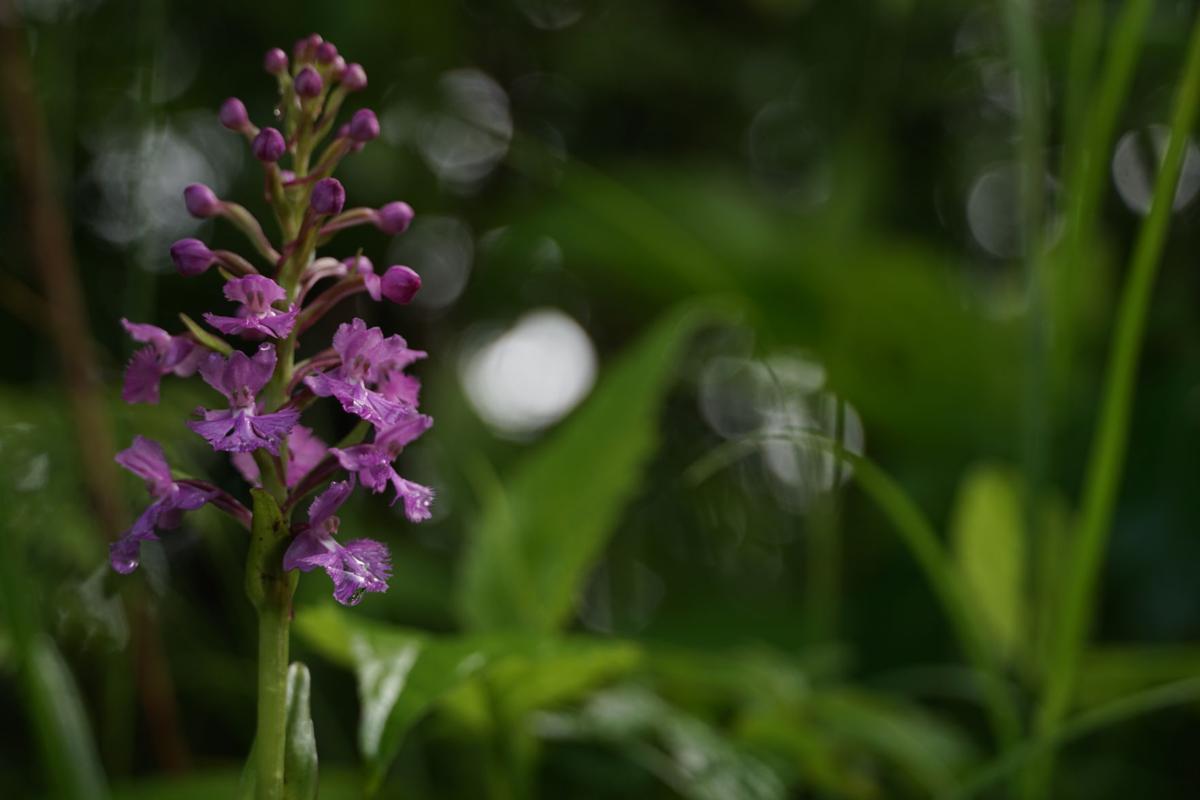 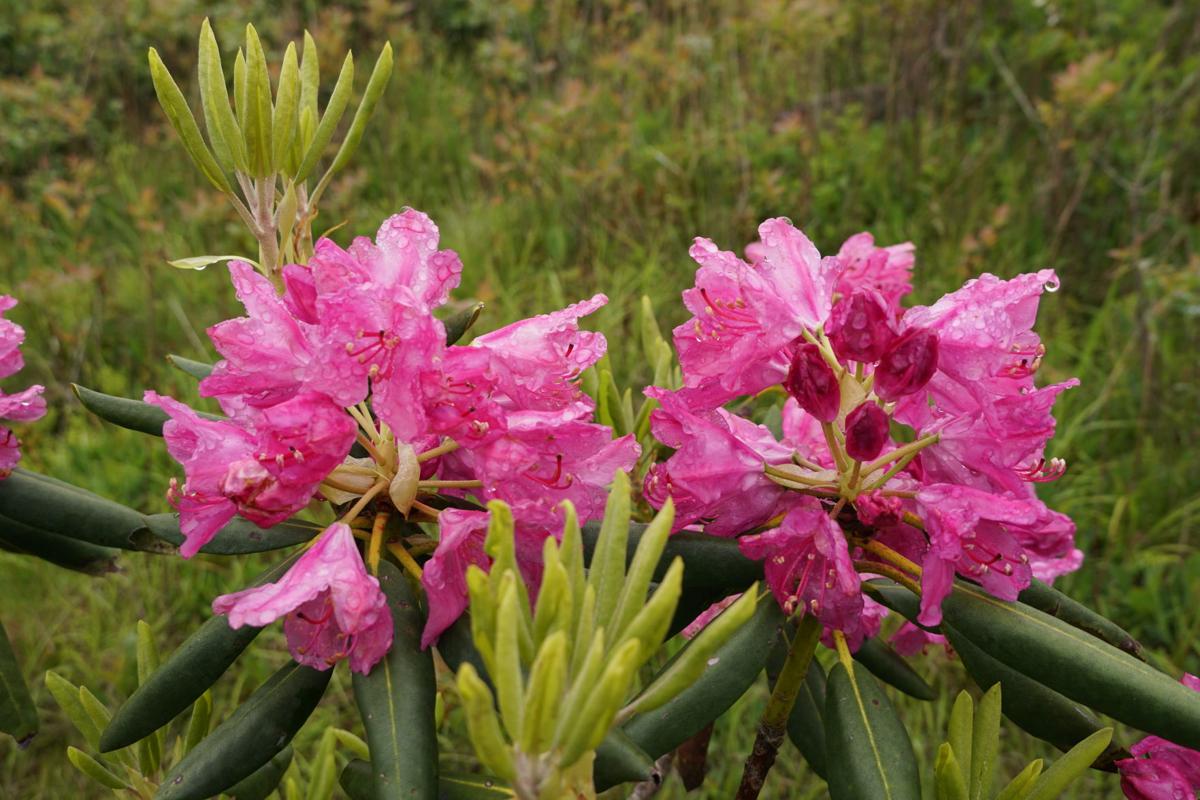 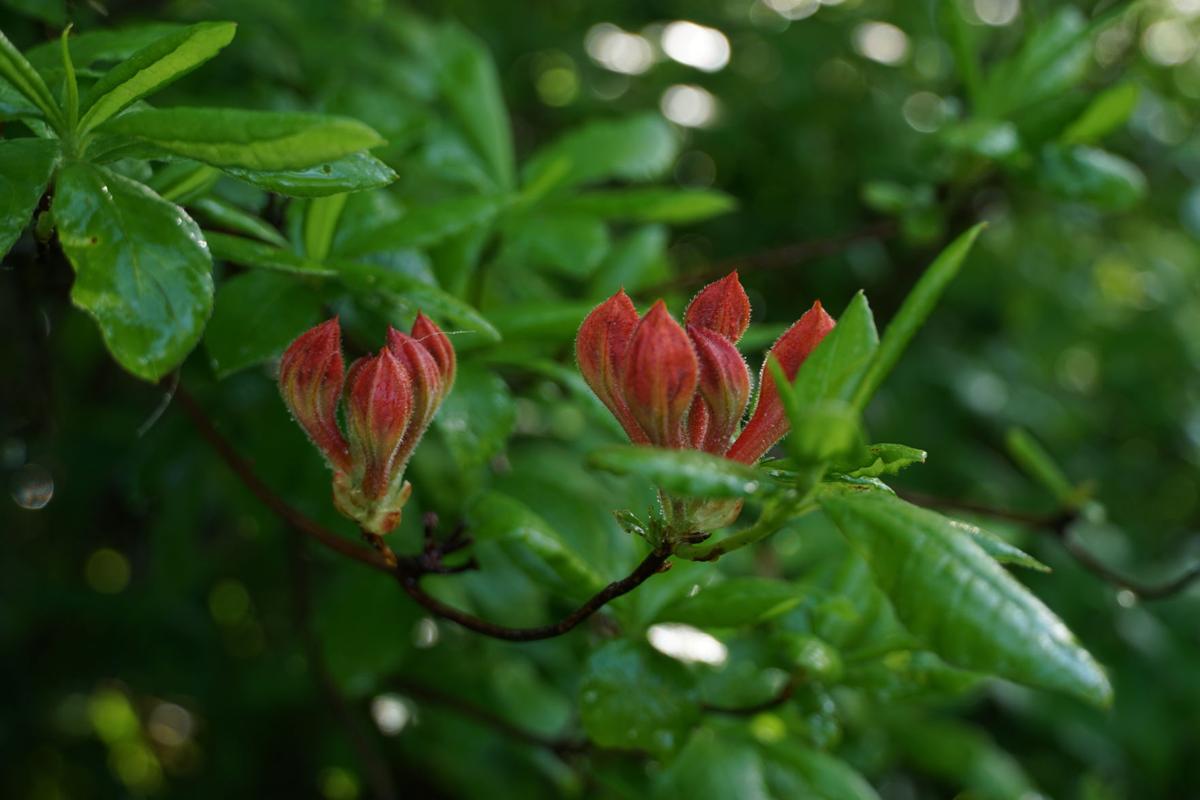 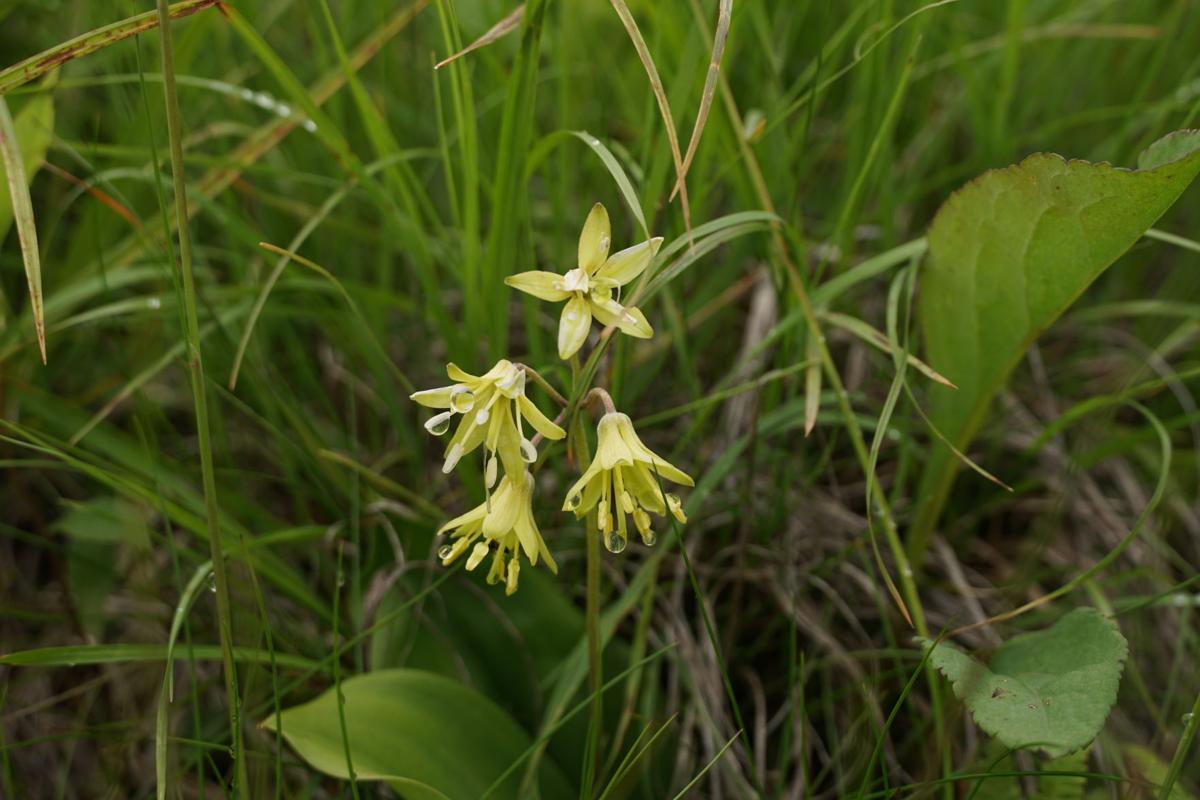 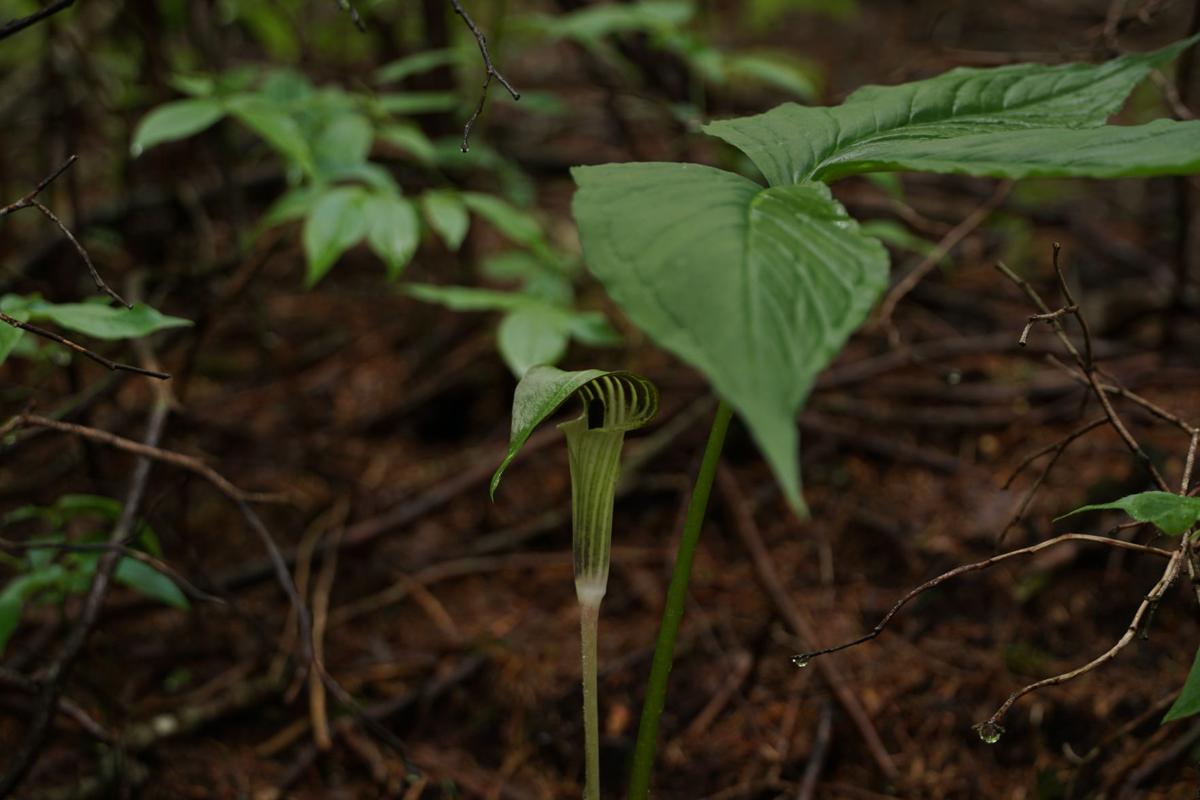 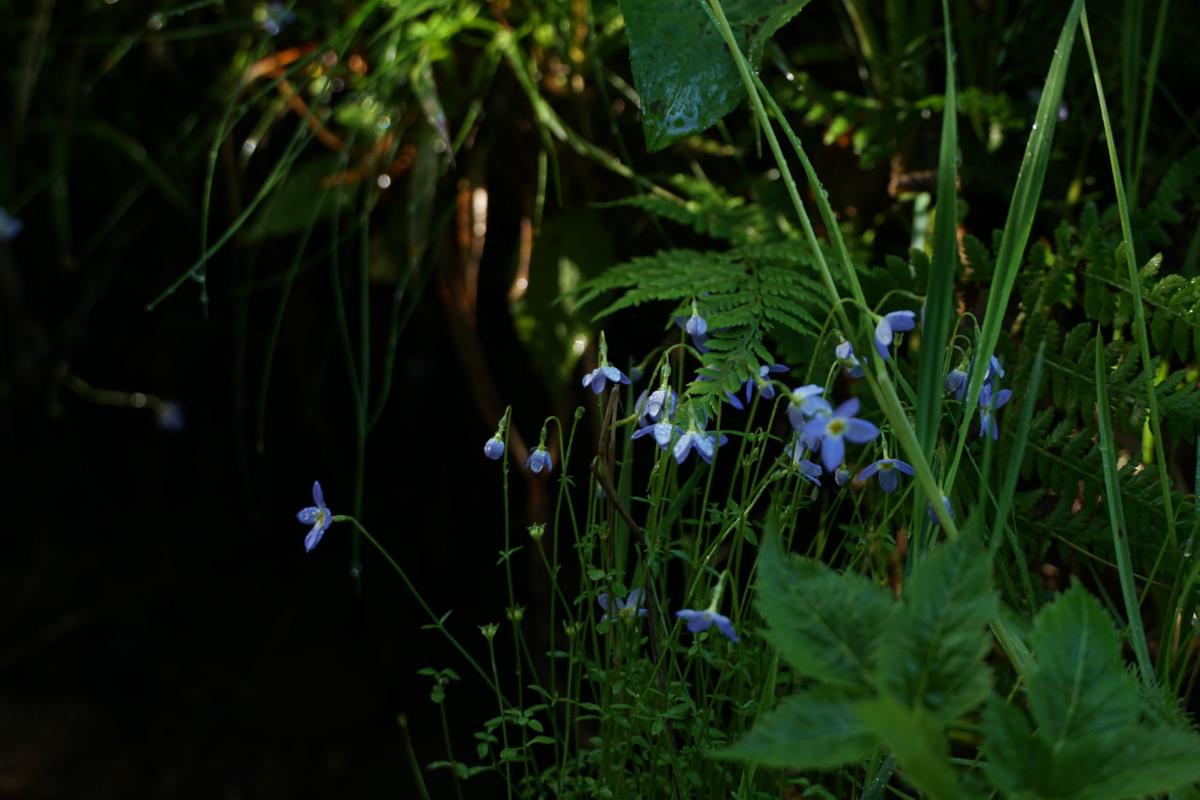 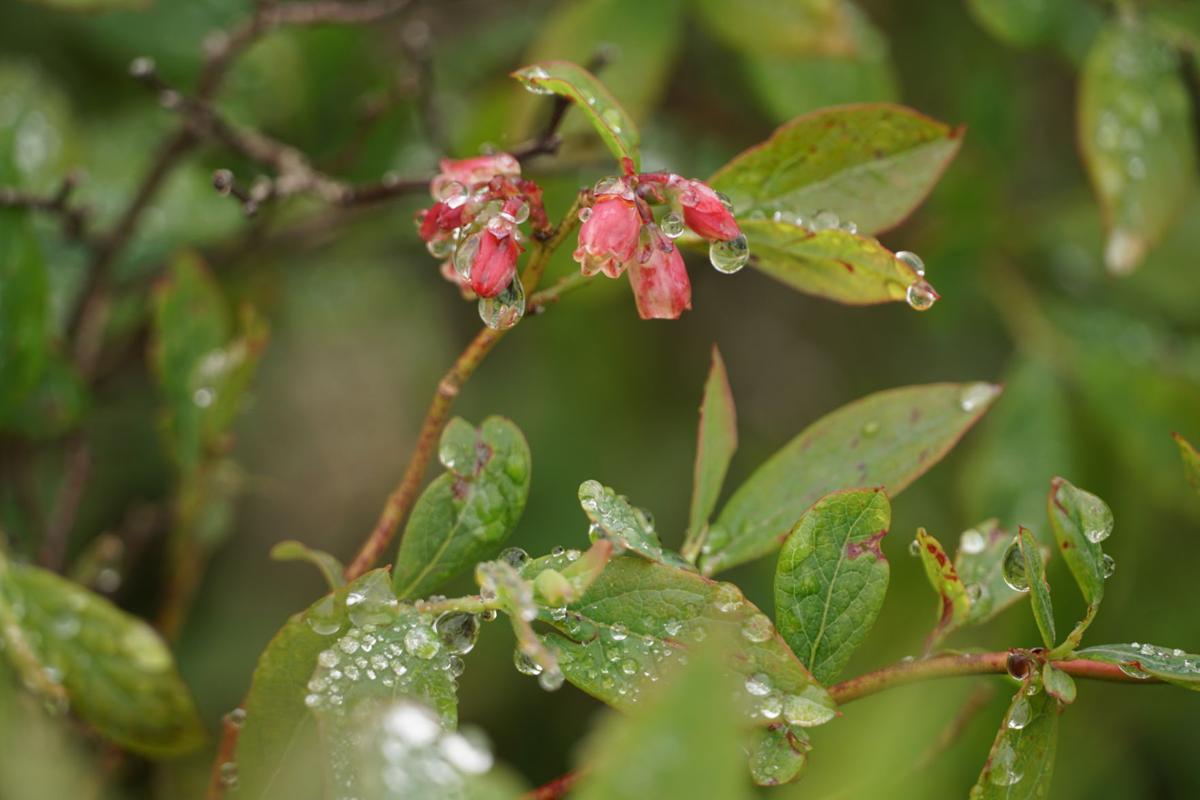 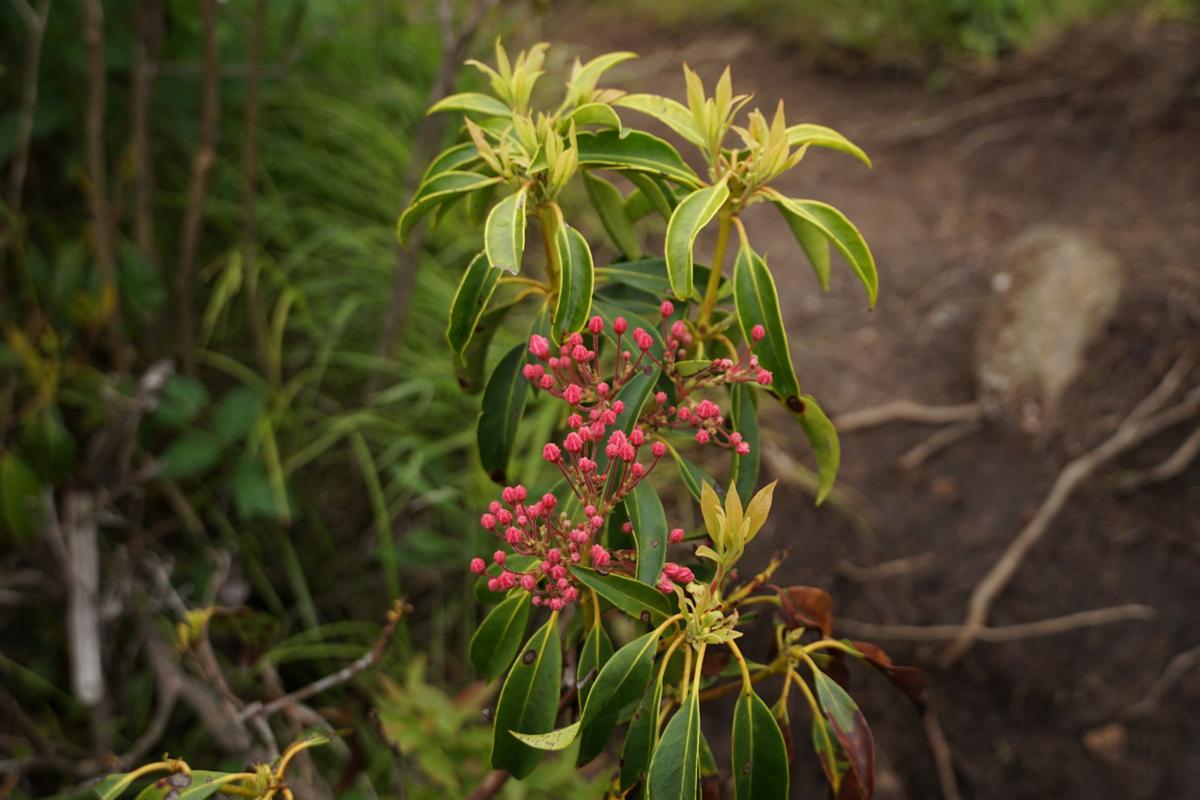 BLUE RIDGE PARKWAY — Guides said June is a weaker month for wildflowers, but at least 15 different blooms were identified along a stretch of Art Loeb Trail during a Haywood County Recreation & Parks trek on Wednesday morning, June 17.

“Wildflowers around here bloom from late April until frost,” Odvody said as she ambled up a rock while leading the hike. “You can come up to the same place every week and see the same plant in different stages of bloom.”

A sunny day at the summit of Tennent Mountain, elevation 6,056 feet, ought to provide panoramic views of the surrounding wilderness: Little East Fork Pigeon River toward the North, Ivestor Ridge to the East, Black Balsam Knob to the South and Wash Hallow to the West.

On this particularly overcast June morning, those long-range views were blocked by low-lying cloud coverage, but the wildflowers provided a colorful trek nonetheless.

Haywood County Recreation & Parks is hosting more guided hikes throughout the summer. The July hiking schedule is posted alongside this story.

For a full gallery of wildflowers spotted along the 4-mile hike, go online to www.themountaineer.com.

BLUE RIDGE PARKWAY — Guides said June is a weaker month for wildflowers, but at least 15 different blooms were identified along a stretch of A…