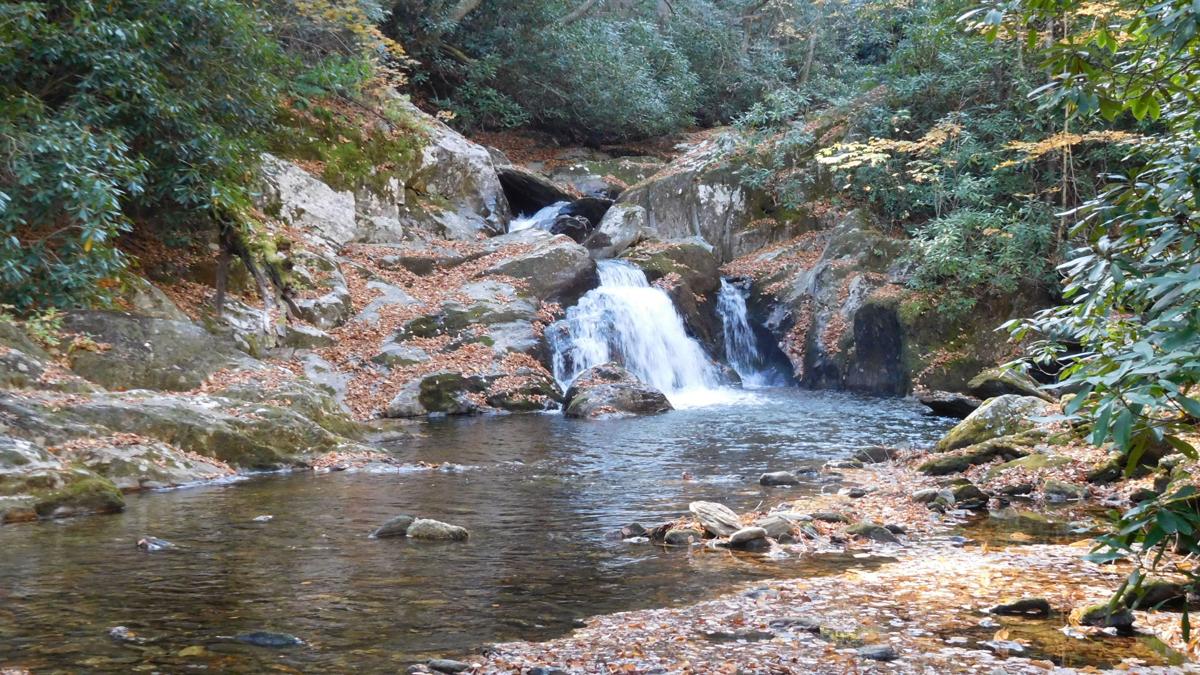 LAURIE FALLS — This is one of many waterfalls along Haywood Gap Trail. 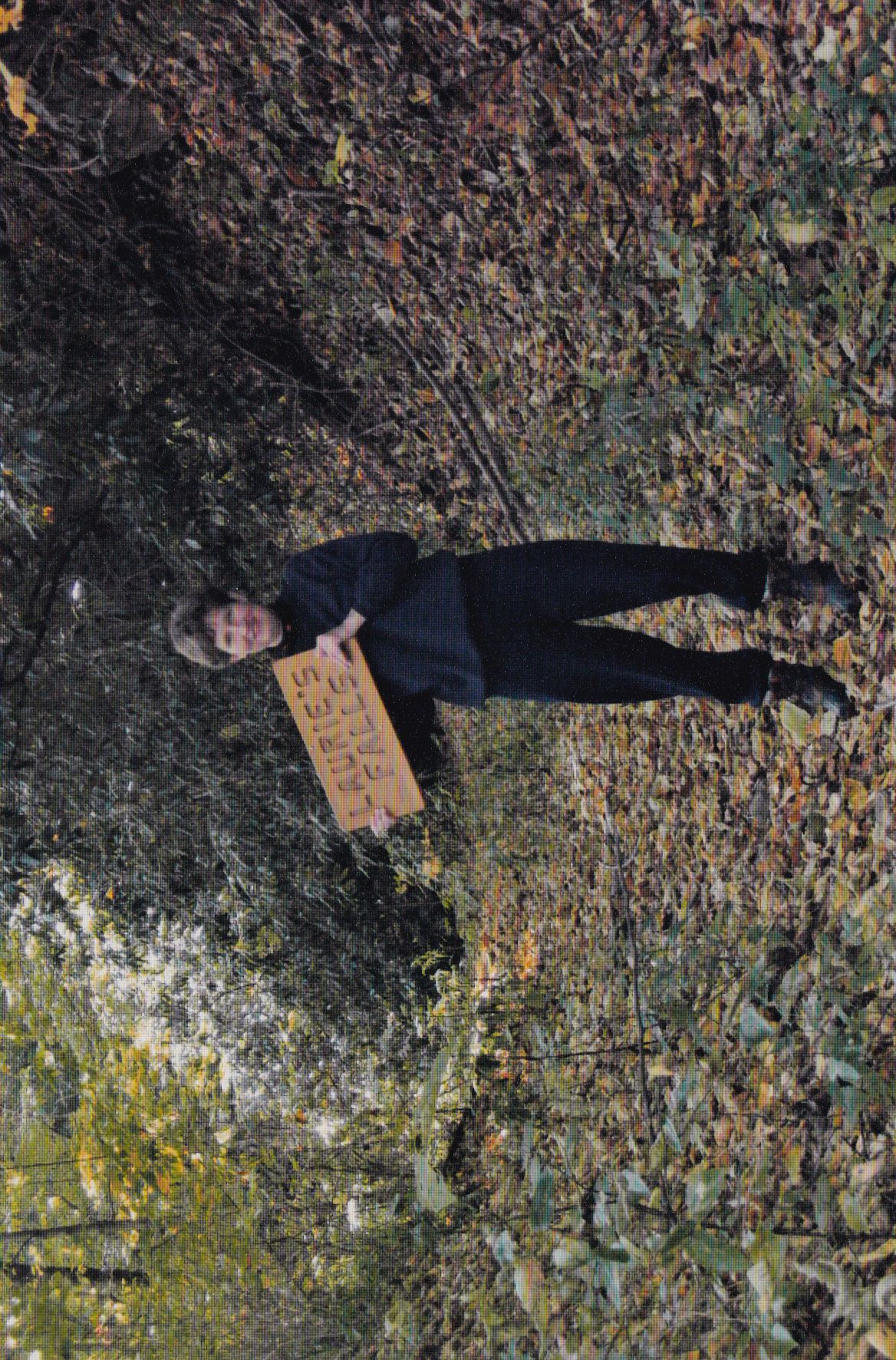 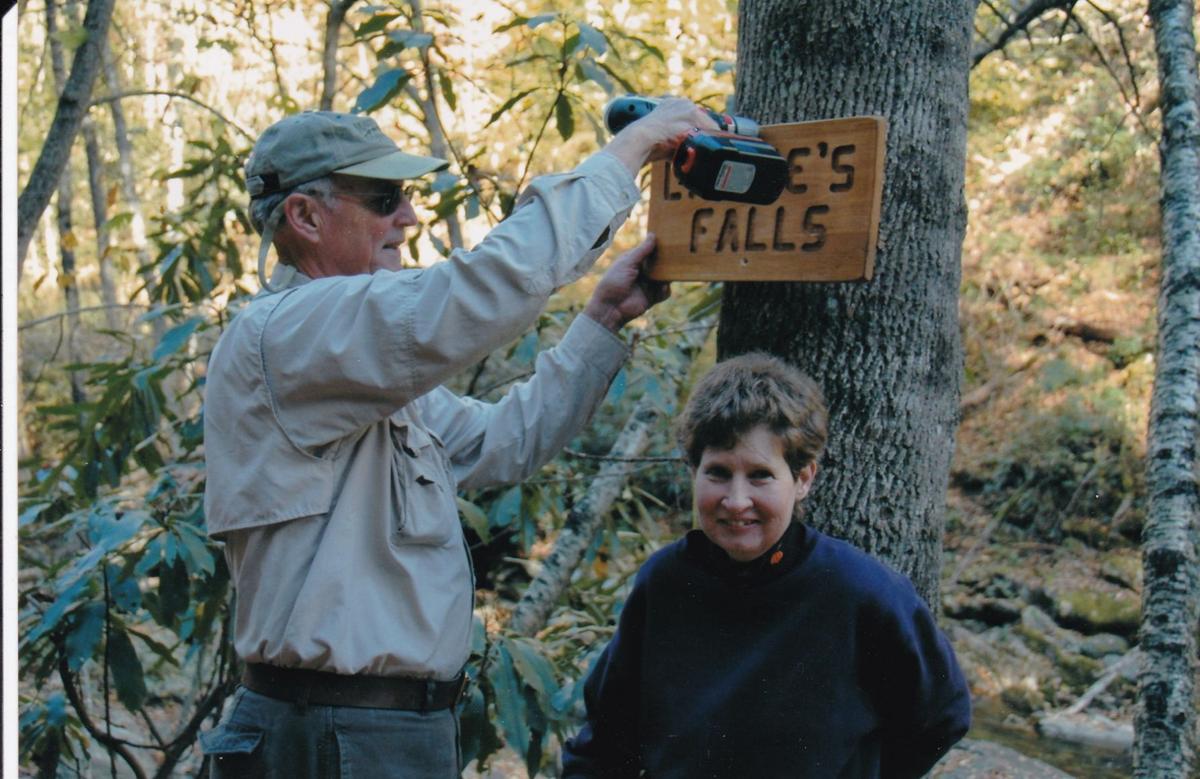 LAURIE FALLS — This is one of many waterfalls along Haywood Gap Trail.

For all but the most forgotten landmark — every mountain, valley, river, rock and roadway — there is a name to remember it by. But how does a landmark get its name to begin with?

The name of one cascading waterfall etched into Haywood County’s south slope traces back to a family hike some 20 years ago.

Steve Stafford said he recalls walking Haywood Gap Trail with his brother-in-law, Fred, and niece, Laurie Harrison. Along that trail in the lush Middle Prong Wilderness, the hikers came across a rushing waterfall, and Laurie asked what it was called.

Well, nobody knew what it was called.

Soon after that hike, a wooden Laurie Falls sign found itself nailed up to a tree beside the rippling water.

“On hiker blogs, all of a sudden the name started popping up,” Stafford said.

When the family was at the annual Apple Harvest Festival in Waynesville one autumn, a group was distributing Haywood County tourism maps, and Laurie Falls was sketched dead center on the map.

“That just floored us when we saw that,” Fred Harrison said.

Decades have passed and the wooden sign is gone, but the landmark remains known as Laurie Falls.

And for a woman who has also been commemorated in the Florida Sports Hall of Fame’s Special Olympics section, the namesake waterfall is just another landmark in a lifetime of overcoming obstacles — like water flows over rock.

Solitude is all but guaranteed in trek to Laurie Falls

Laurie Falls is a small cascade-type waterfall located in the Middle Prong Wilderness of the Pisgah National Forest.

From Bethel, take N.C. 215 south like you’re heading up to the Blue Ridge Parkway. Continue past Lake Logan and look for Sunburst Campground on the right. Just past the campground, there’s a forest service road on the right.

The road is gated. How far you can go down the gravel road before reaching the gate varies based on which gate is closed at any particular time of year (sometimes the first gate will be open during hunting season.)

You'll most likely be walking along the gravel forest service road to reach the actual trail, however, but think of it as part of the hike.

You'll go almost 2 miles miles along this gravel road from Sunburst Campground to reach Haywood Gap Trail on the left. Haywood Gap Trail climbs steadily, following the “Middle Prong” of the West Fork of the Pigeon River. There are various cascades along the way, including Laurie Falls.

The hike is an out-and-back hike (unless you want an all day climb to reach the Blue Ridge Parkway). So just turn around when you’ve had enough.

It is a wilderness area, and you’ll encounter few other people if any, making it a great choice for social distancing but a bad place to get lost. There's no cell service either. Make sure not to leave the trail and only go out and back, avoiding any side trails.