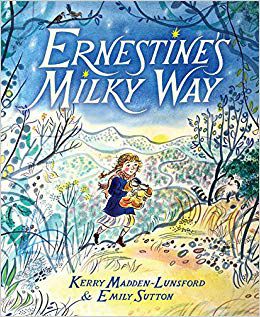 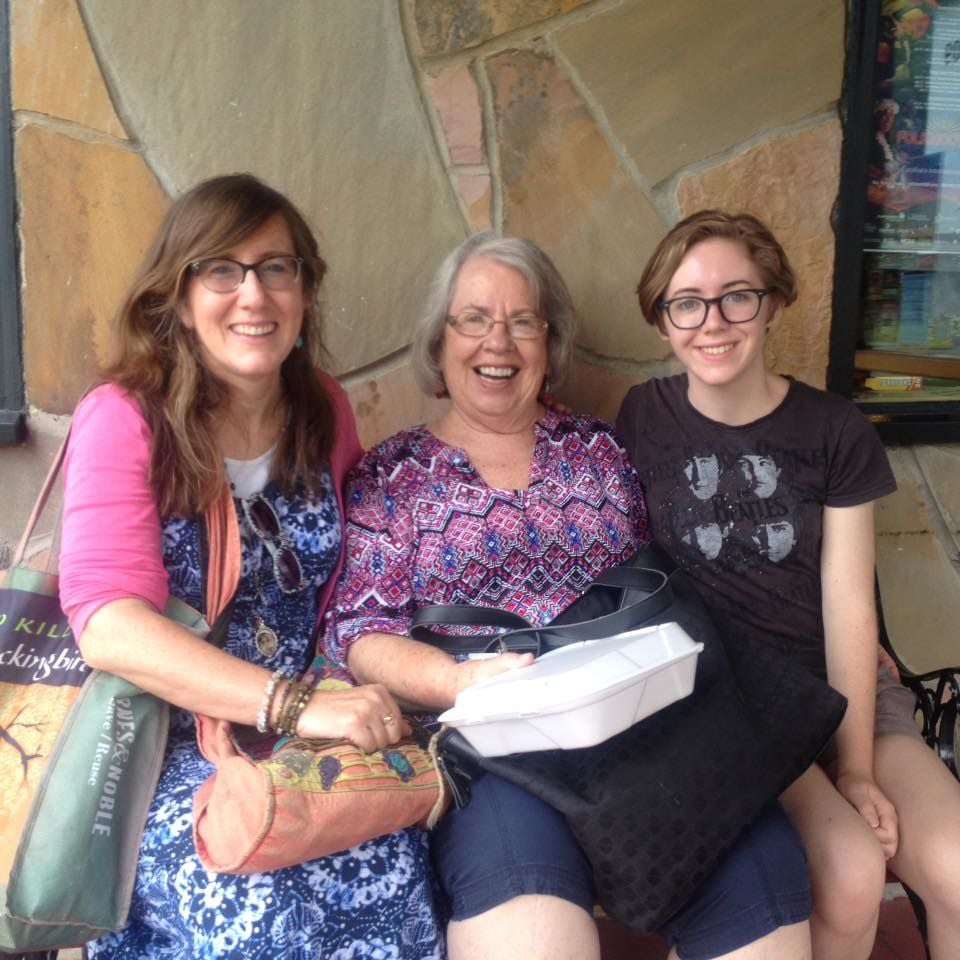 LAUGHTING WITH ERNESTINE — Kerry Madden-Lunsford and her daughter Norah are shown with Ernestine Upchurch at Joey’s Pancake House. 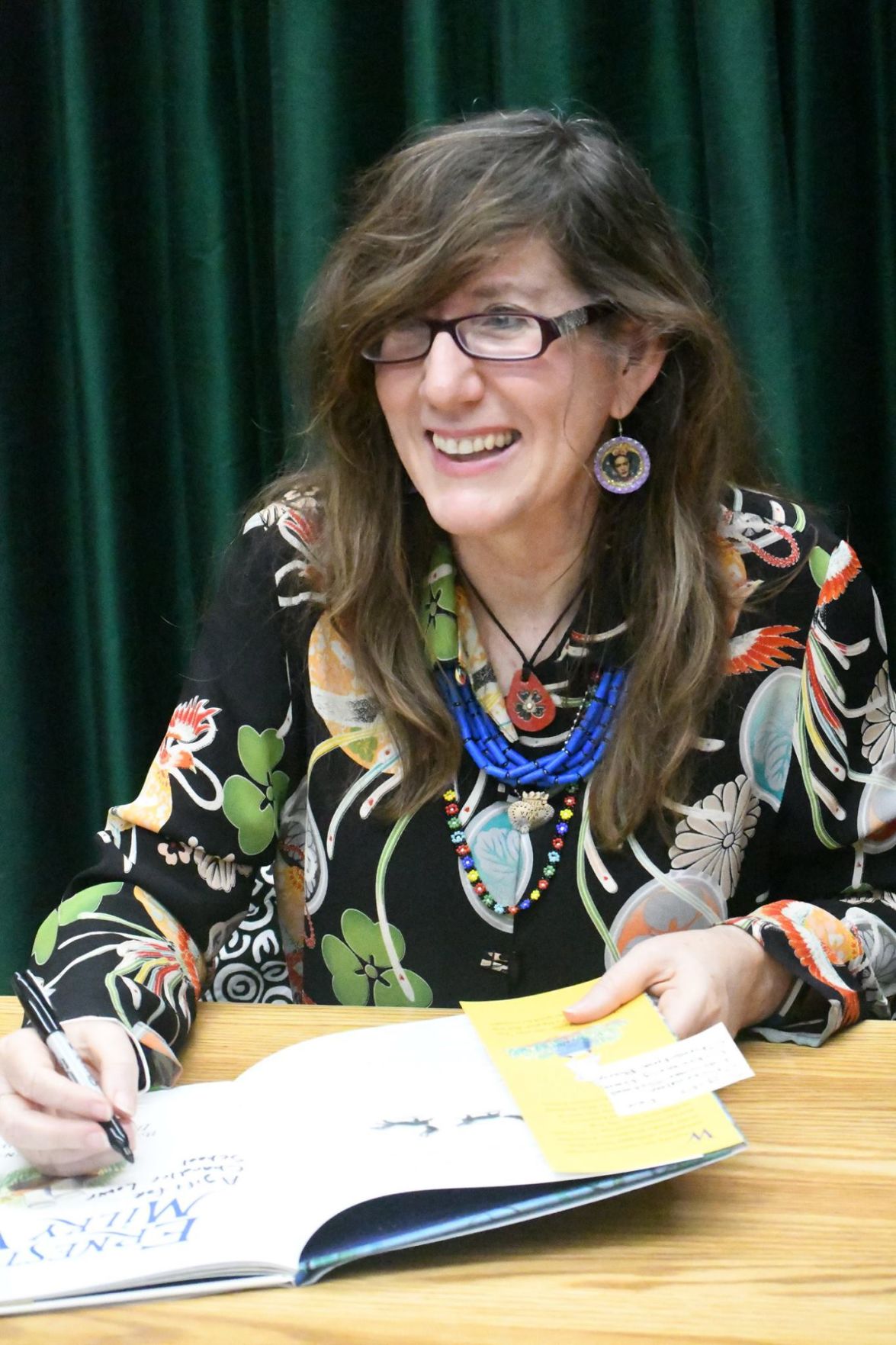 LAUGHTING WITH ERNESTINE — Kerry Madden-Lunsford and her daughter Norah are shown with Ernestine Upchurch at Joey’s Pancake House.

One of life’s wonderful surprises would be to have an award-winning author write a children’s storybook with you as the star.

It has happened to Ernestine Upchurch, a beloved resident of Maggie Valley who died in 2017.

Kerry Madden-Lunsford, who first met Ernestine at Joey’s Pancake House in 2005, has just published “Ernestine’s Milky Way” and will soon visit Maggie Valley and Waynesville to share the story.

It’s based on an adventure taken by Ernestine when she was 5 years old in the early 1940s while daddy was off at the war.

“I met Ernestine on a trip to the mountains, and we had this instant connection,” said Madden-Lunsford. “I was worried that Ernestine wouldn’t like me — a California woman from Tennessee who had not grown up in Maggie Valley and was writing about her mountains. But she was so hilarious, and we did not stop laughing from the very beginning. I remember thinking — oh, we are going to be friends.”

“I can’t even describe how much I loved her. She was just so grounded and funny and real,” she said. “And she loved books and kids and stories and the mountains — she often said, ‘I bloomed where I was planted.’”

As Madden-Lunsford spent time with Upchurch, she encouraged her to write by asking her to describe the first job she ever had.

“She told me about carrying a mason jar of milk through the mountains at the age of 5,” Madden-Lunsford recalled. “We were in her living room, and I could see little Ernestine carrying that milk and not wanting to drop it or disappoint her mama. I took a walk the next morning before the sun was up, and I thought, Ernestine did this when she was 5.”

She envisioned Ernestine crossing a road and barbed wire fence and seeing the stars in the sky and the Milky Way.

“I thought, wow, Ernestine carrying milk through the mountains is like her own milky way and the stars would light her way,” Madden Lunsford said in describing how she in describing how the seeds of her book, “Ernestine’s Milky Way,” were first planted in 2011.

“It was a story that would not let me go,” she said. “I kept thinking I needed to write that story. Finally, I did, and wrote probably 100 drafts before it took shape,” she said. “Ernestine made me brave. I thought to myself, ‘How can I honor this mountain woman?’”

Shortly before Ernestine died, the book’s illustrator, Emily Sutton, sent her a few of the illustrations for the book, which Madden-Lunsford shared with Ernestine, whose daughter, Libby said brought the biggest smile to her face.

One of Ernestine’s closest friends, Brenda O’Keefe, owned Joey’s Pancake House for 52 years. The two women made a difference in Maggie Valley including bringing city water to 2,500 residents.

“Ernestine made my life richer,” said O’Keefe. “Her daughter, Libby, grew up at Joey’s and Ernestine’s granddaughter works there now. She was known as the word lady in Maggie and wrote a marvelous history of the Pigeon Community Center in Waynesville.”

A highlight of Kerry Madden-Lunsford’s visit will be a workshop with aspiring, student writers at Waynesville Middle School on the afternoon of Thursday, April 18.

“Many of our students love to write poetry or even their own fictional stories but have few opportunities to hone their writing abilities,” said Karen Kreitzburg, the middle school’s media coordinator who will host the event. “It is rare that students get the opportunity to take risks and just write for the fun and love of writing. I love that I have the opportunity to bring not only a wonderful children’s author to our school, but one who truly understands how to deliver instruction to middle school students igniting their passion for creative writing.”

Allison Lee, co-owner of Blue Ridge Books, has planned the activities during author Madden-Lunsford’s visit and has fond memories of Ernestine Upchurch.

“My family moved here in 1996, and I can’t remember not knowing Ernestine,” said Allison. She was always vibrant, knowledgeable, and so involved in whatever was worthwhile in the community.

For Lee’s first Christmas at Blue Ridge Books, a series of old-fashioned Christmas programs were planned with Ernestine helping with the planning and sharing a story.

“It was about a Christmas Ernestine spent with her family in a logging camp. The children each received one gift and hers was a pair of scissors. Even though she was a child, she realized that her present wasn’t a toy,” Lee said. “To the young Ernestine, those scissors were a symbol of her transformation from being a child to a trusted adult who would be responsible enough to both care for and use the scissors. Ernestine came from a generation who appreciated and who cared.”

The morning of Thursday, April 18, Kerry Madden-Lunsford will sign books at Joey’s Pancake House in Maggie Valley from 8 a.m. to noon. “Ernest…