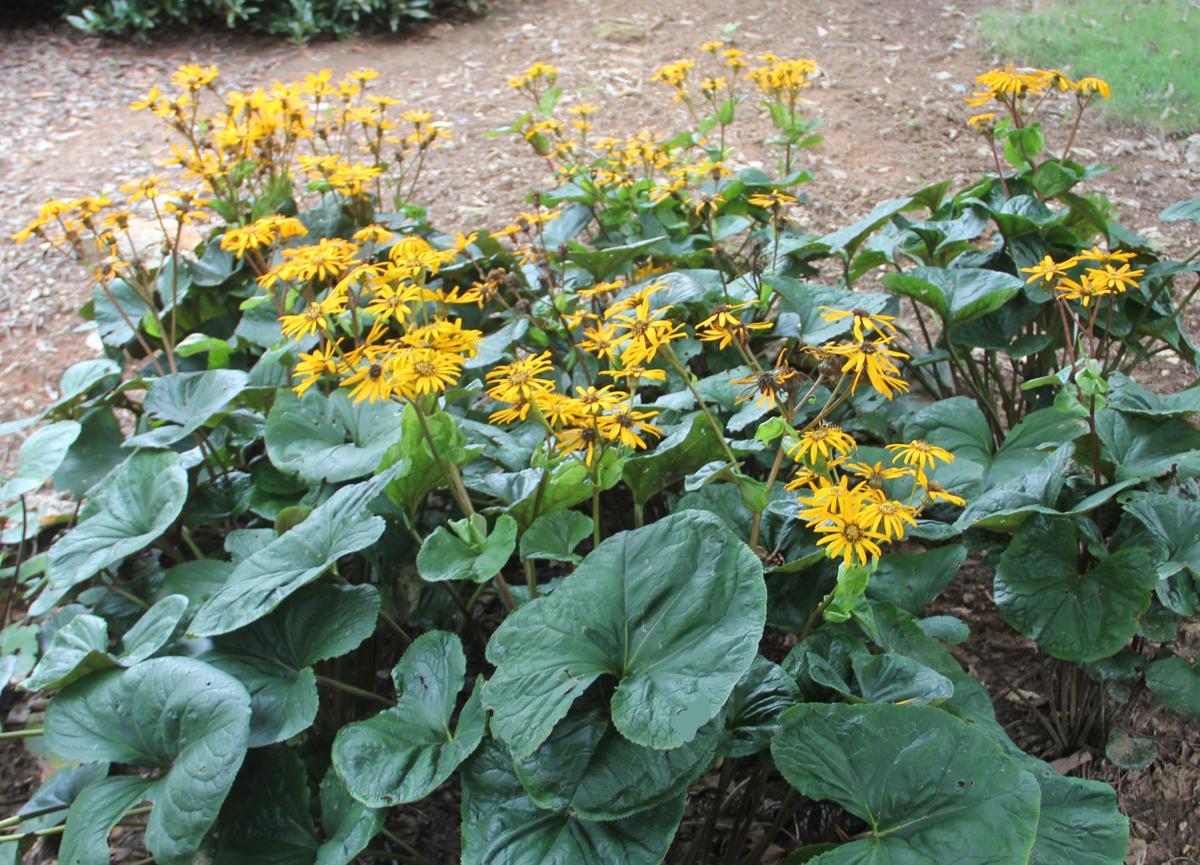 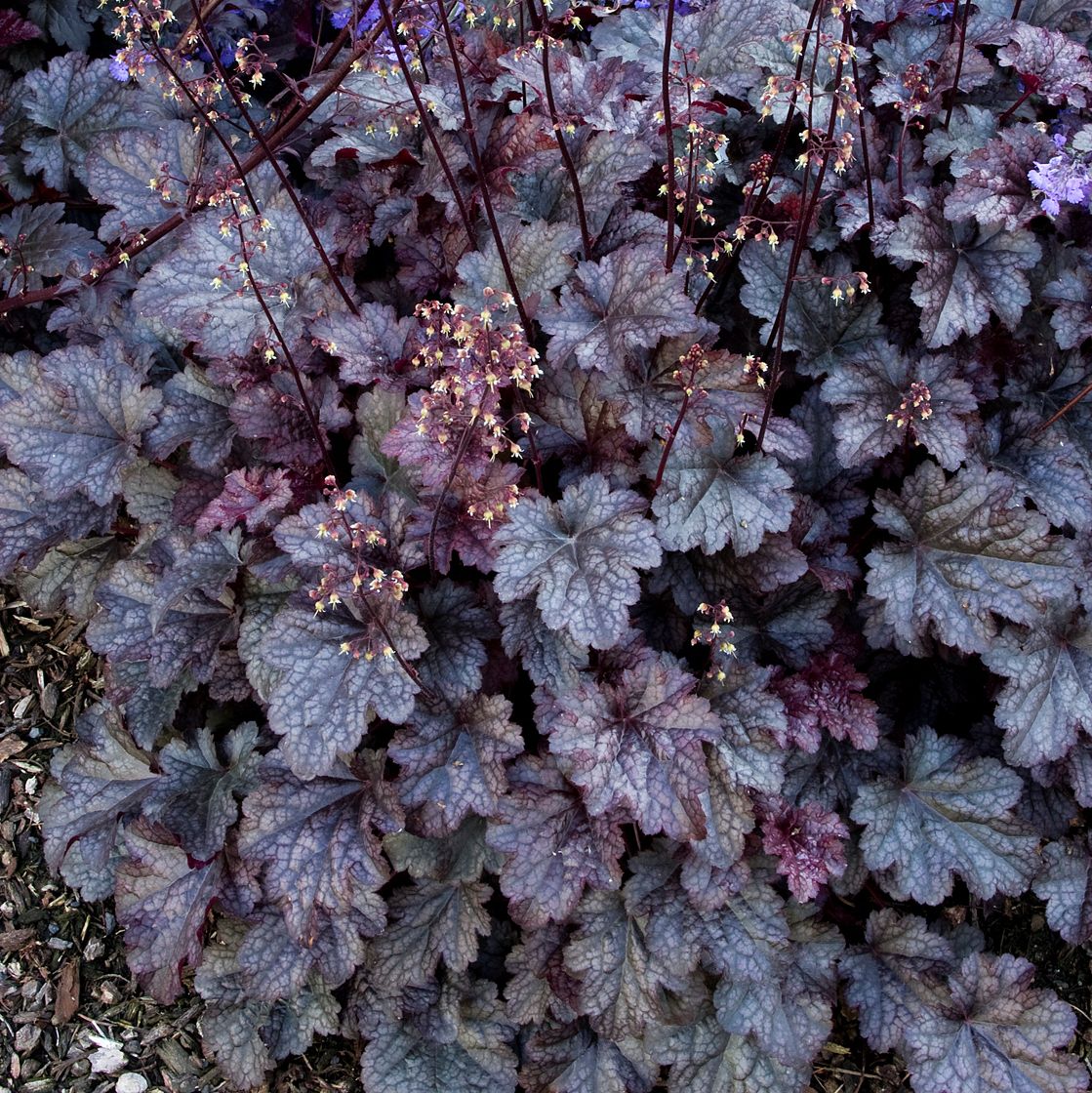 Do you have a shady spot that needs some perking up? Here are two of my favorite shade perennials, including one that can be easily grown from seeds. Both have year-round interest.

Ligularia (“lig-yew-LAYER-ee-uh”) is a genus of perennials that love moisture and shade. Commonly called ragwort or leopard plant, ligularias have large purple-bronze or green leaves that give a tropical feel to any garden area.

Cultivars are available between 2 and 6 feet tall; many are evergreen in our climate. Yellow or orange flowers are held high above the foliage and cover the plants in mid to late summer. The Chicago Botanical Garden did field trials of 30 different cultivars; check out the results at http://www.chicagobotanic.org/sites/default/files/pdf/plantinfo/ligulariafinegardening2013.pdf.

I planted a group of eight Ligularia ‘Midnight Lady’ (36” high and 30” wide) in the shade of several dogwoods, and they have thrived. The plants form a semi-evergreen backdrop to two benches on a slope. They will occasionally wilt in a drought, but recover quickly when watered. Otherwise they have been trouble-free for several years.

Heuchera (“HEW-ker-ah”) is a genus of evergreen plants native to North America. Commonly known as Coral Bells, they are most often grown for their foliage color.

Leaves can be red, orange, yellow, purple, silver or green; often they are boldly veined. (Go to http://heucheras.com/ for pictures and descriptions.) Most varietals form a clump of low growing leaves from which slender flower stocks emerge in late spring and early summer.

Heuchera will grow in shade, but many types will have better foliage color in at least partial sun. I planted a dozen Heuchera ‘Plum Pudding’ several years ago in a bed in partial shade, and they have added interest to an otherwise boring area. No insects or diseases seem to trouble them.

Heucheras are easy to grow from seeds. Sow on the surface of a peat-based seed starting mix in February. Do not cover the seeds, as they need light to germinate. Place the seeding flat in a tray with a half inch of water, cover the tray with clear plastic, and keep at cool room temperatures.

Once good second leaves appear transplant to individual pots or 6-packs. Harden off for a couple of weeks before planting in the ground in May in groups of three or more about a foot apart. Water deeply each week for the first couple of months.

I feed established flowering perennials in April and June with a fertilizer with a high middle (phosphate) number like 5-10-5. They get watered only when it’s been very dry.