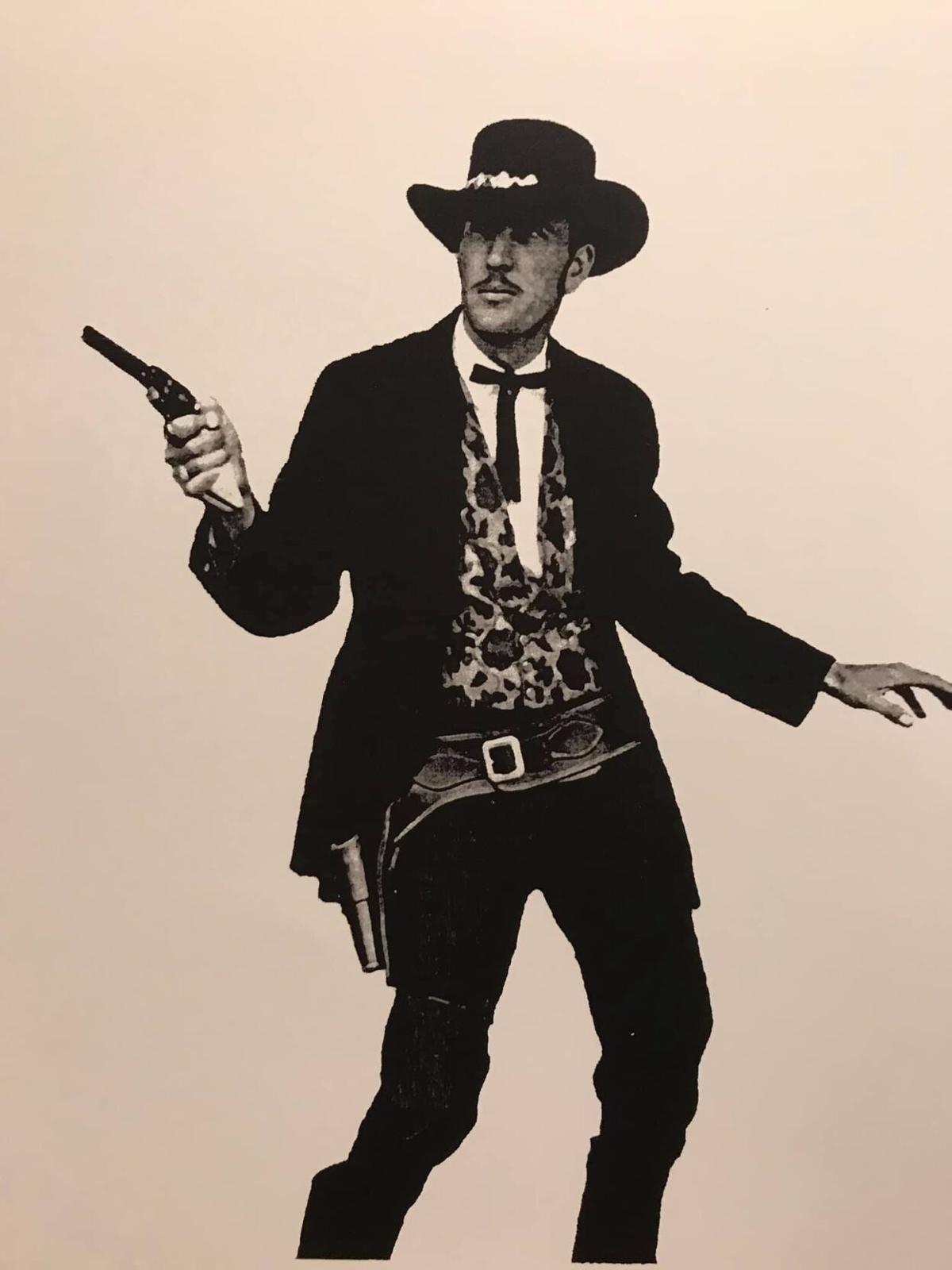 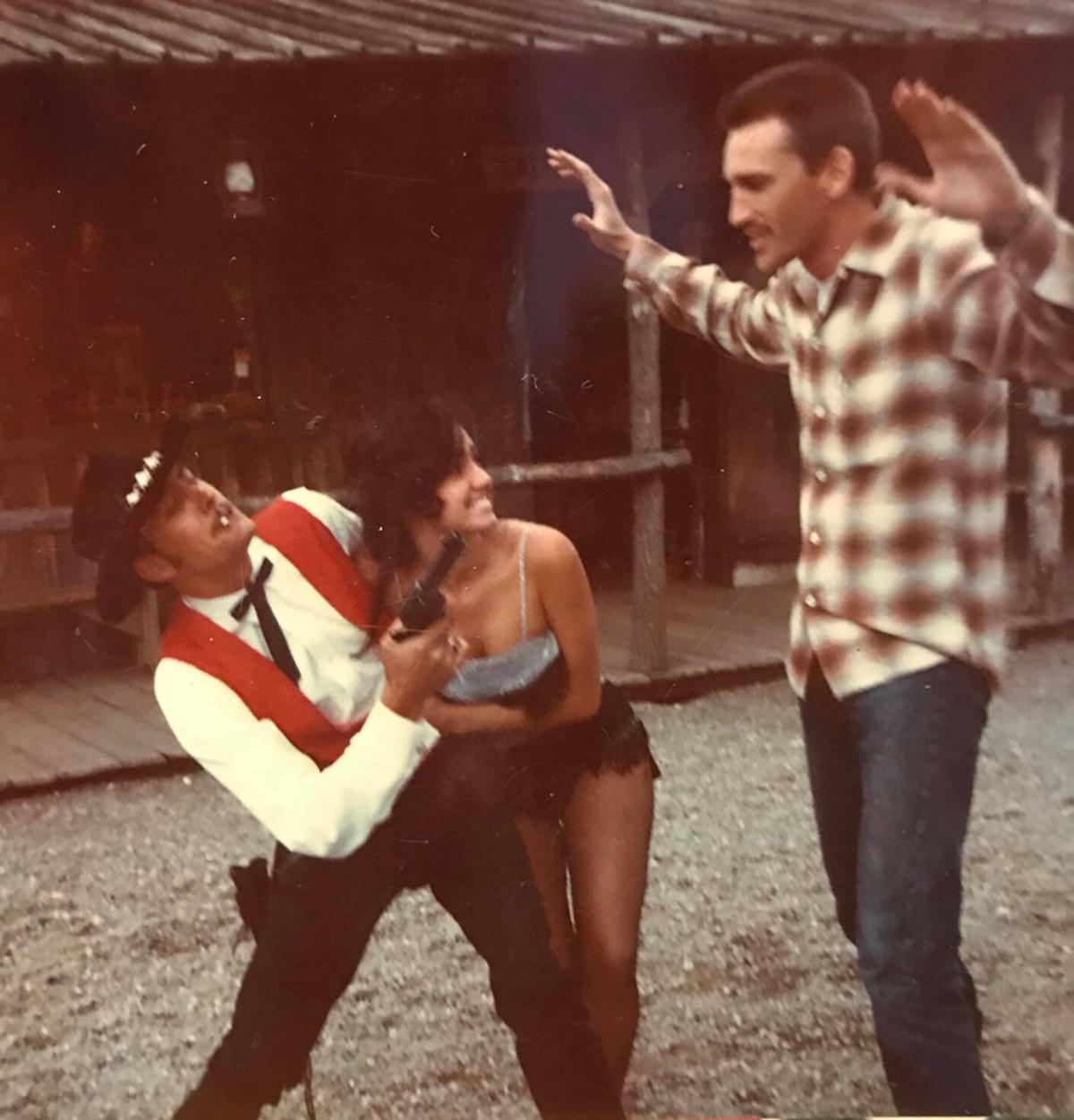 REACH FOR THE SKY — Harry Valentine and a Ghost Town saloon girl interact with a park visitor during one of the afternoon shows. 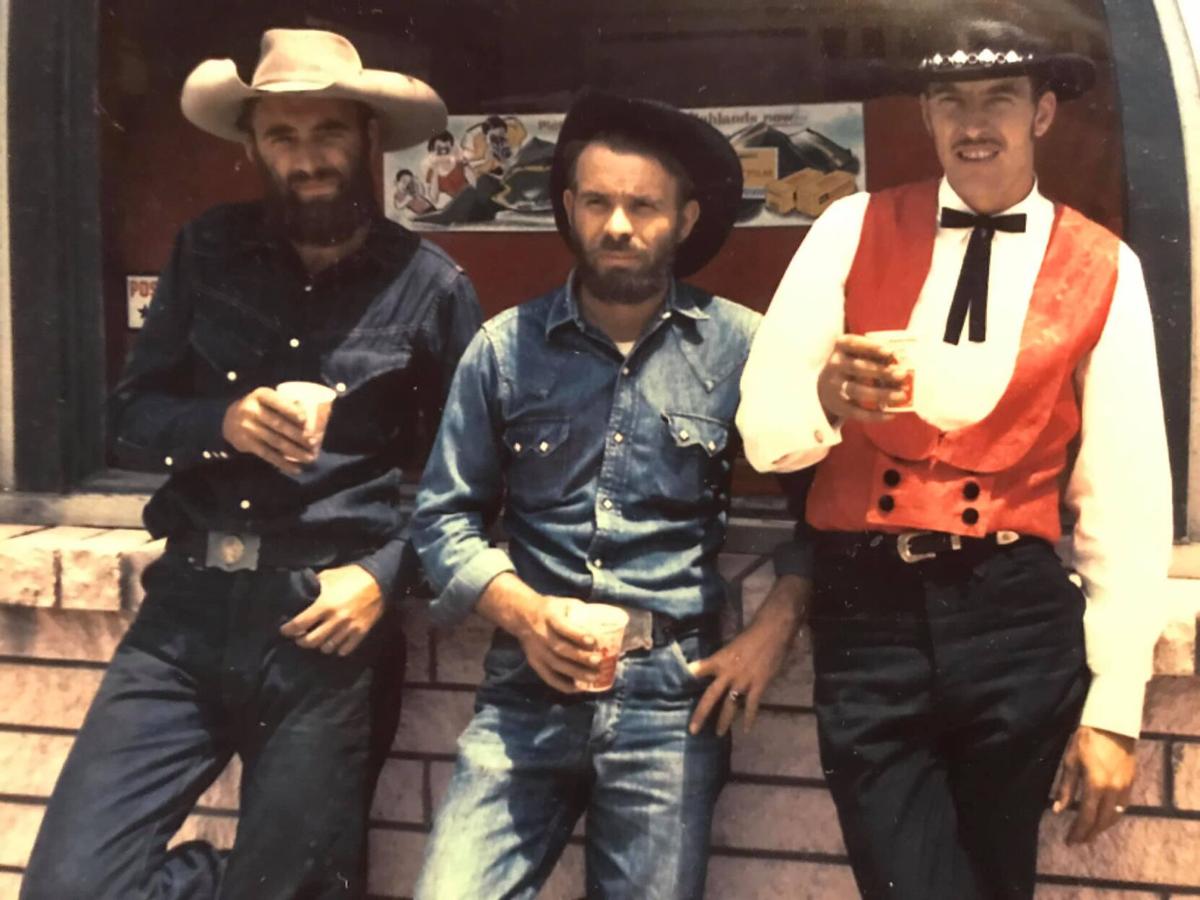 GUNSLINGERS — Harry Valentine, right, took part in many shows at Ghost Town in the Sky, where he oversaw the entertainment. Valentine is pictured with Herbert “Cowboy” Coward and Tick Rich. 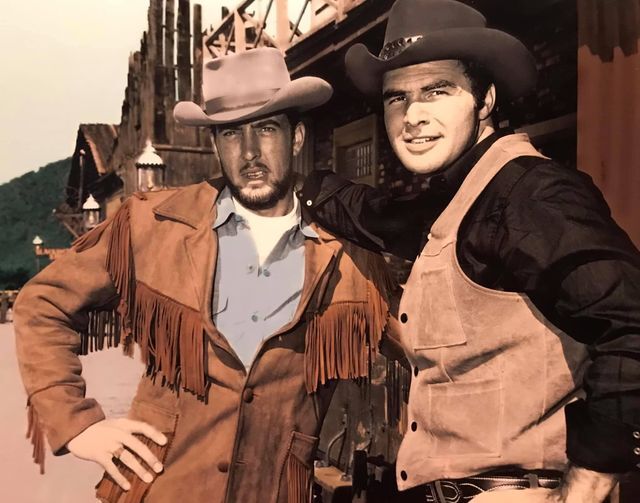 FAMOUS FRIENDS — Harry Valentine with Burt Reynolds during a break from filming at Ghost Town in the Sky in Maggie Valley. Photo circa 1960s.

REACH FOR THE SKY — Harry Valentine and a Ghost Town saloon girl interact with a park visitor during one of the afternoon shows.

GUNSLINGERS — Harry Valentine, right, took part in many shows at Ghost Town in the Sky, where he oversaw the entertainment. Valentine is pictured with Herbert “Cowboy” Coward and Tick Rich.

FAMOUS FRIENDS — Harry Valentine with Burt Reynolds during a break from filming at Ghost Town in the Sky in Maggie Valley. Photo circa 1960s.

“When I was in elementary school I hated that name,” said Harrison Valentine, Jr., aka Harry, “because the little girls back in my time were very bold. They’d aggravate you to death. But when I got to about the ninth grade I began to like it.”

Valentine, who is 81, lives in Clyde with his wife, Barbara, of 58 years. Together, the Valentines have a son and a daughter, along with six grandchildren and three great-grandchildren.

“We moved to Clyde ever since we got married,” Valentine said, recalling how the couple relocated to where they needed to be in order for their son to go to Tuscola High School.

Needless to say, Valentine is a huge fan of The Mountaineers.

Valentine was born in Campbell’s Creek in Maggie Valley on Dec. 15, 1939, and when asked if he had any stories to share about his February-famous name, he laughed.

A few decades later, Valentine said he and his sweetheart re-created his parents’ plans.

“We eloped, too,” Valentine said about his marriage to Barbara. “She was supposed to go to college, but didn’t want to.”

Marriage made in the sky

In 1962, Valentine went to work for Ghost Town in Maggie Valley when he got out of the Army.

Being born and raised in Maggie Valley, he was familiar with the popular amusement park that used to attract Western actors and up-and-coming celebrities.

One such Hollywood personality Valentine got to know pretty well was Burt Reynolds.

“We kept in touch for a while after he got famous, but then he got too many handlers,” Valentine recalled.

“I was over the entertainment at Ghost Town. I oversaw the gunfighters and the entertainers. I met Barbara one day coming off the chair lift in 1962 and asked her to marry me in June. We got married on Jan. 26, 1963. … She was one of the saloon girls and I used to tell people that I met her in a saloon until she told me to stop saying that.”

Advice to newlyweds“I remember the first divorce that happened in Maggie Valley,” Valentine said. “I was just a kid, but I remember that we — my parents and us kids — were really affected by it because we never had such a thing as that.”

Through the years, however, Valentine has witnessed his share of divorces among people he’s known.

So before anyone decides to get married, Valentine added, “They better make the covenant with the Creator. That’s what you have to do. And when you do that the covenant is there and it ought to be a strong covenant.”

On the topic of marriage — and on celebrating Valentine’s Day, Valentine offered his secret for success:

“People should stay together. You’re there to help each other out and make it through. You’re not supposed to just celebrate them on one day, but tell them you love them as much as you can,” he said.