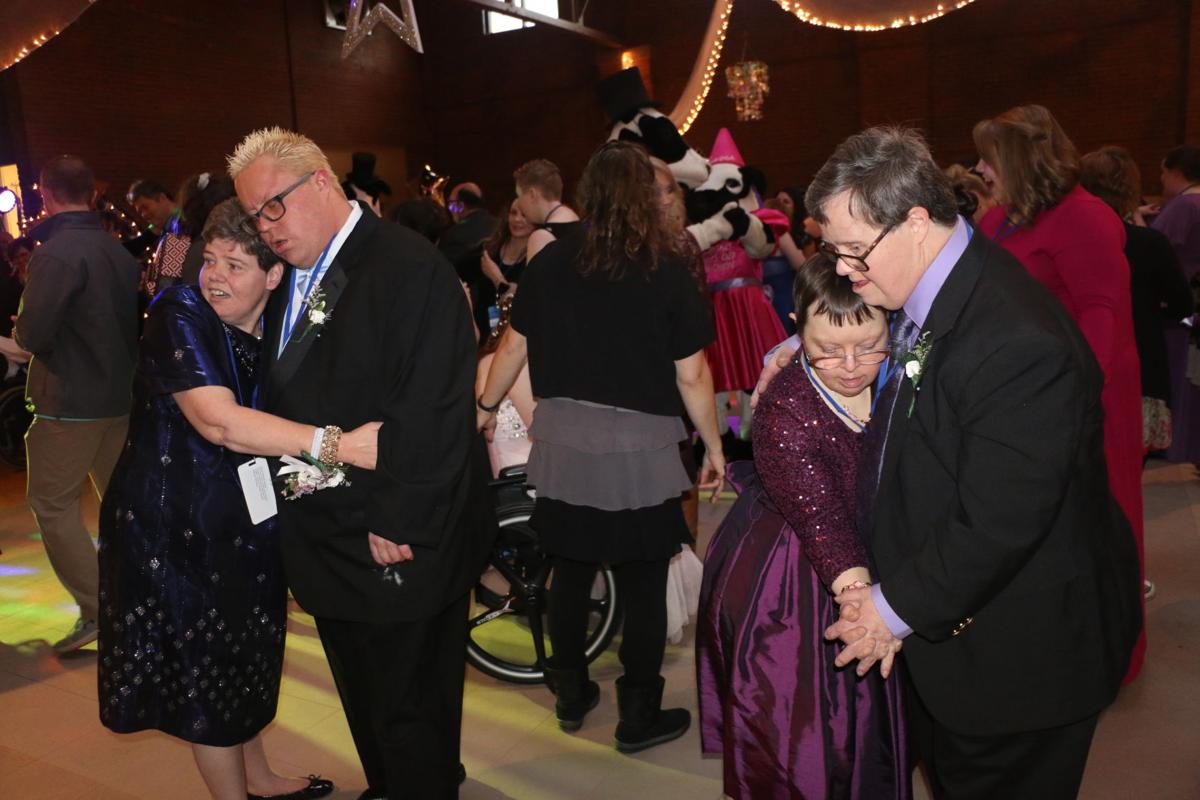 SLOW DANCE — Couples on the dance floor hold each other close as the music slows down. 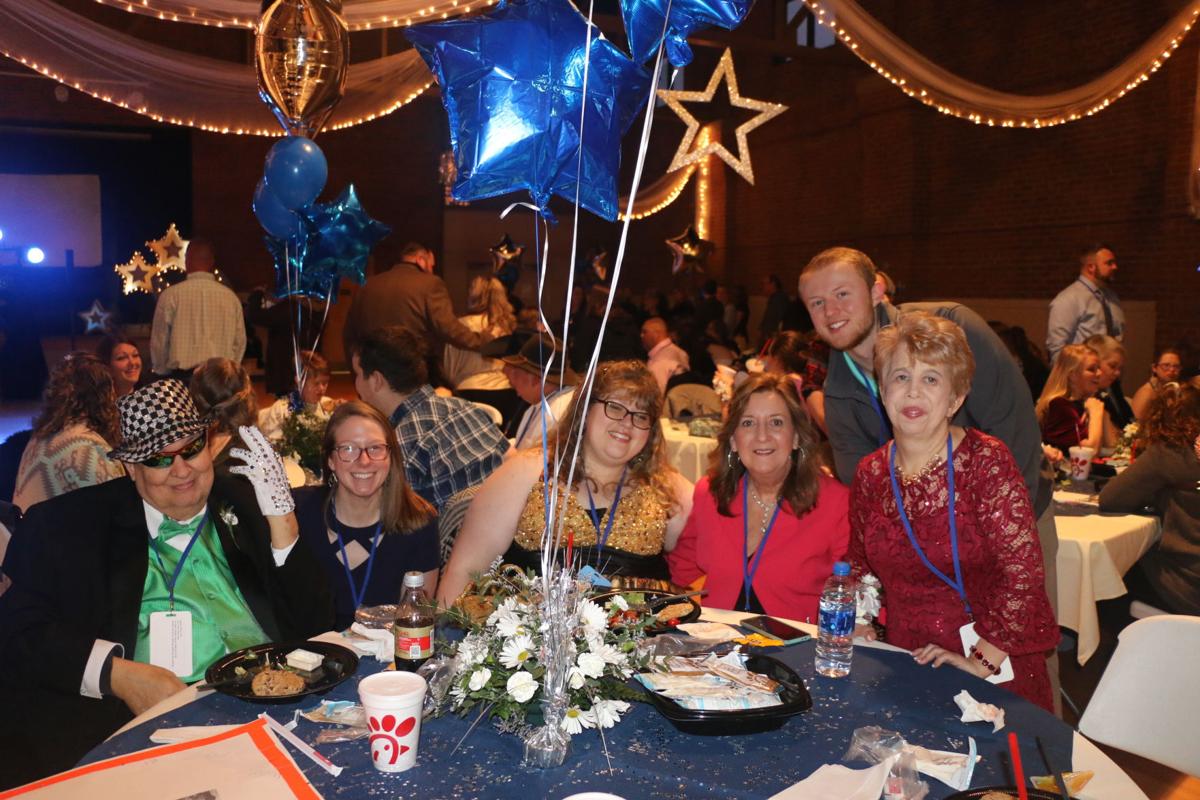 SLOW DANCE — Couples on the dance floor hold each other close as the music slows down.

CANTON — Pinnacle Church put on quite the party as participants danced the night away at the “Night to Shine” prom for those with special needs Feb. 7.

The Tim Tebow Foundation works collaboratively with churches across the country to make the “Night to Shine” events possible.

An event like the one held last weekend at the Canton Armory costs around $20,000, however donations covered around $15,000 of the cost, Simmons said. Other local business and vendors were able to provide supplies at a discounted price.

Simmons listed off Chick-Fil-A and WNC Tents as a couple of the places that offered their products for free.

”Our community really believes in this,” Simmons said. “So, a lot of people are willing to donate their time and availability to make to happen.”

“We love doing this event because it gives us an opportunity as a church to partner with our town and many other great community organizations to have a great night of loving some really special people in our community,” said Simmons. “This night is all about our guests. We want to show God’s love to them and show them that they truly are kings and queens.”

This is the second year that the Pinnacle Church has put on this event. There were about 100 people who registered for the 2020 event — a number consistent with last year’s participation.

It takes about 200 volunteers to pull off this event, Simmons said. Volunteers had various roles like helping with registration, food, parking and the red carpet. Some volunteers would float around and help wherever needed. Other volunteers made sure that every guest received flowers and gift bags.

The biggest role, though, was being part of the buddy system. Every special guest was paired with a volunteer to help navigate the space and enjoy everything that the night had to offer.

After registration, prom-goers were given a corsage or boutonnieres. After that, they received a full red-carpet experience with a professional photographer and even a chance to ride in a limo.

When participants weren’t getting their picture taken or being driven around, they could be found on the dance floor.

Most parents and care givers could be seen on the dance floor, too, but there was a separate room where they could take a minute or the night off if they wanted.

A lot of parents and caregivers say this is their one night off, Simmons explained as he expressed his gratitude for being able to partner with them.

Halfway through the night, a video was shown where Tim Tebow announced everyone a prom queen and a prom king. This was followed by a crowning ceremony where Asheville radio personality Eddie Fox handed out the crowns to the prom participants.

For some people, it was their first time attending this prom and for others, it was their second go around, but the consensus is clear — it was a fun night.

For Autumn Rash, the experience was memorable.

“It made me feel like a celebrity at a red-carpet event,” Rash said.

Rash had been to a normal prom, but never a prom with people with disabilities and she said that she liked this prom better.

“It’s cool to see others with disabilities because I know that no one will judge me,” Rash said.

Ricky Cera, who has been to the prom twice now, said his favorite part was the limousine ride. Cera brought a poster along for others to sign to remember the night.

Cera is a man of few words. When describing his experience, he simply stated that he likes the prom.

Kiersten Bange, an inclusive education major at Western Carolina University, has come to this event for the second year in the row and said she loves every second of it.

“It’s a rewarding experience to see them being treated so special,” Bange said.

“We’re just so grateful all of the amazing guests and all the amazing volunteers,” Simmons said. “This is a phenomenal event and the community just goes big for it.”

The Canton Board of Alderman praised the Night to Shine effort at their Thursday board meeting.

"Events we sponsor speak to the soul of our town," said Canton Mayor Zeb Smathers. "Events like these are not held everywhere. The whole community has supported this. It speaks volume about this town and the people."

Other board members talked about the event, including the newest board member, Tim Shepard, a Pisgah teacher who could vouch for the lasting impact of the event.

"I get to see some of the kids on Monday and see how happy and excited they were," he said.