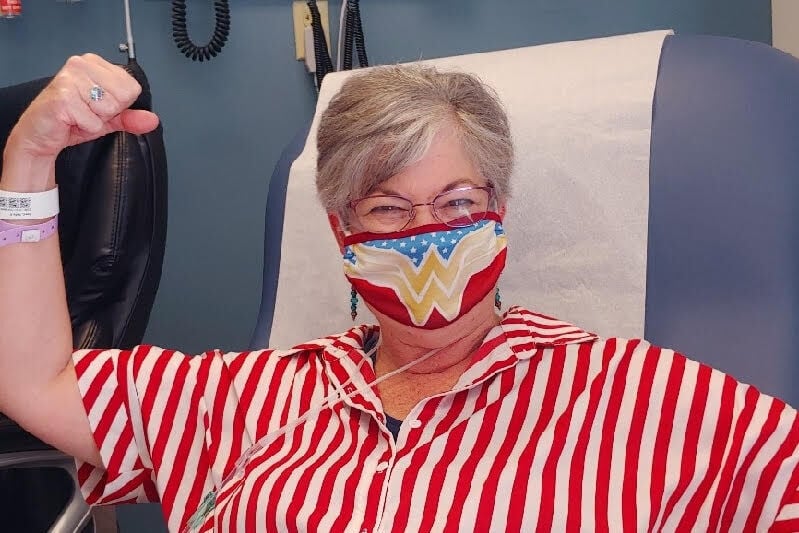 HAVING COURAGE — Kelly Reed is pictured during a doctor’s appointment at Duke Hospital in October 2020. 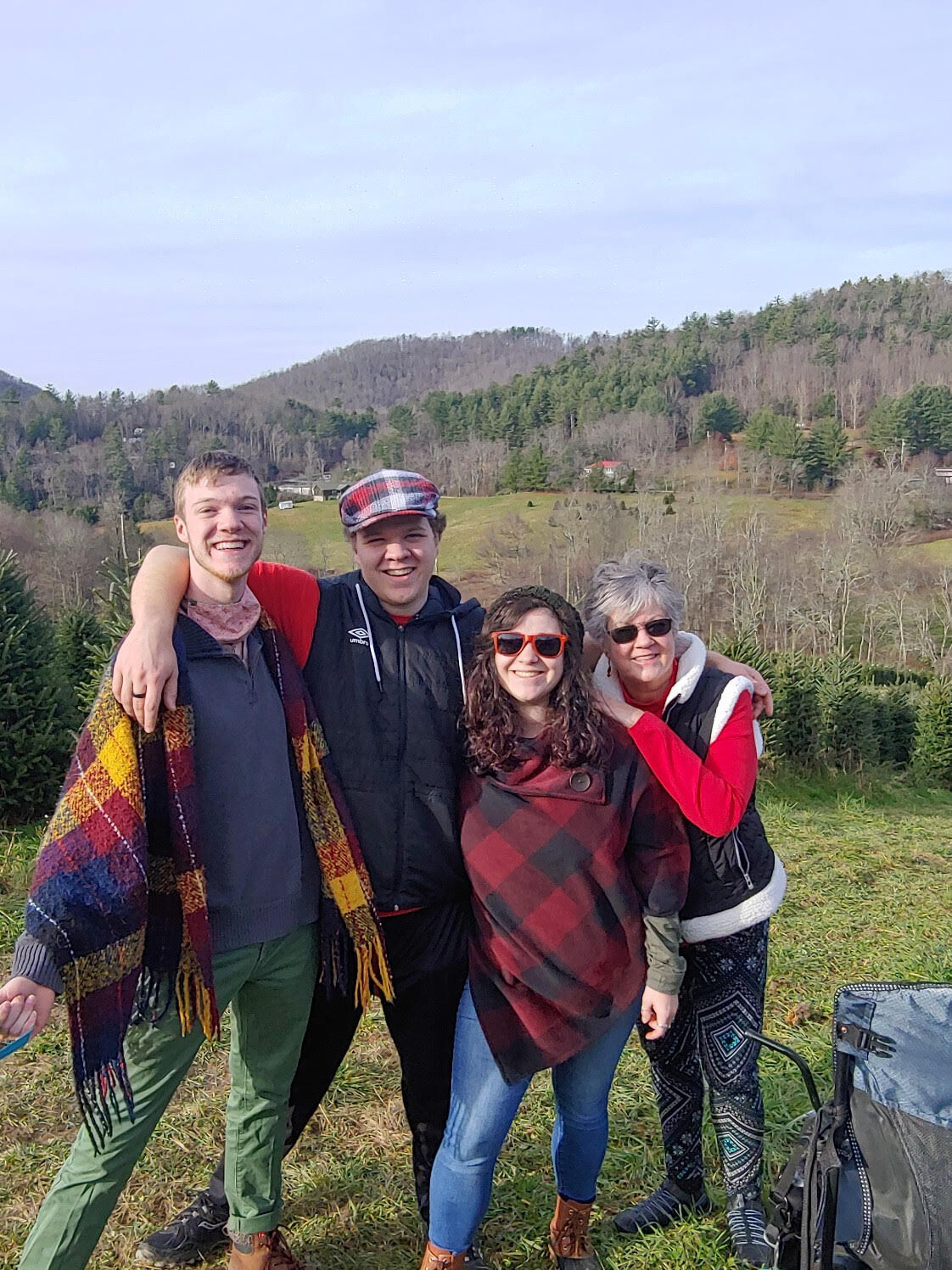 HOLIDAY FUN — Kelly Reed, right, is pictured with her daughter Hannah and twin sons Riley and Sam the day after Thanksgiving when they picked out their family Christmas tree. 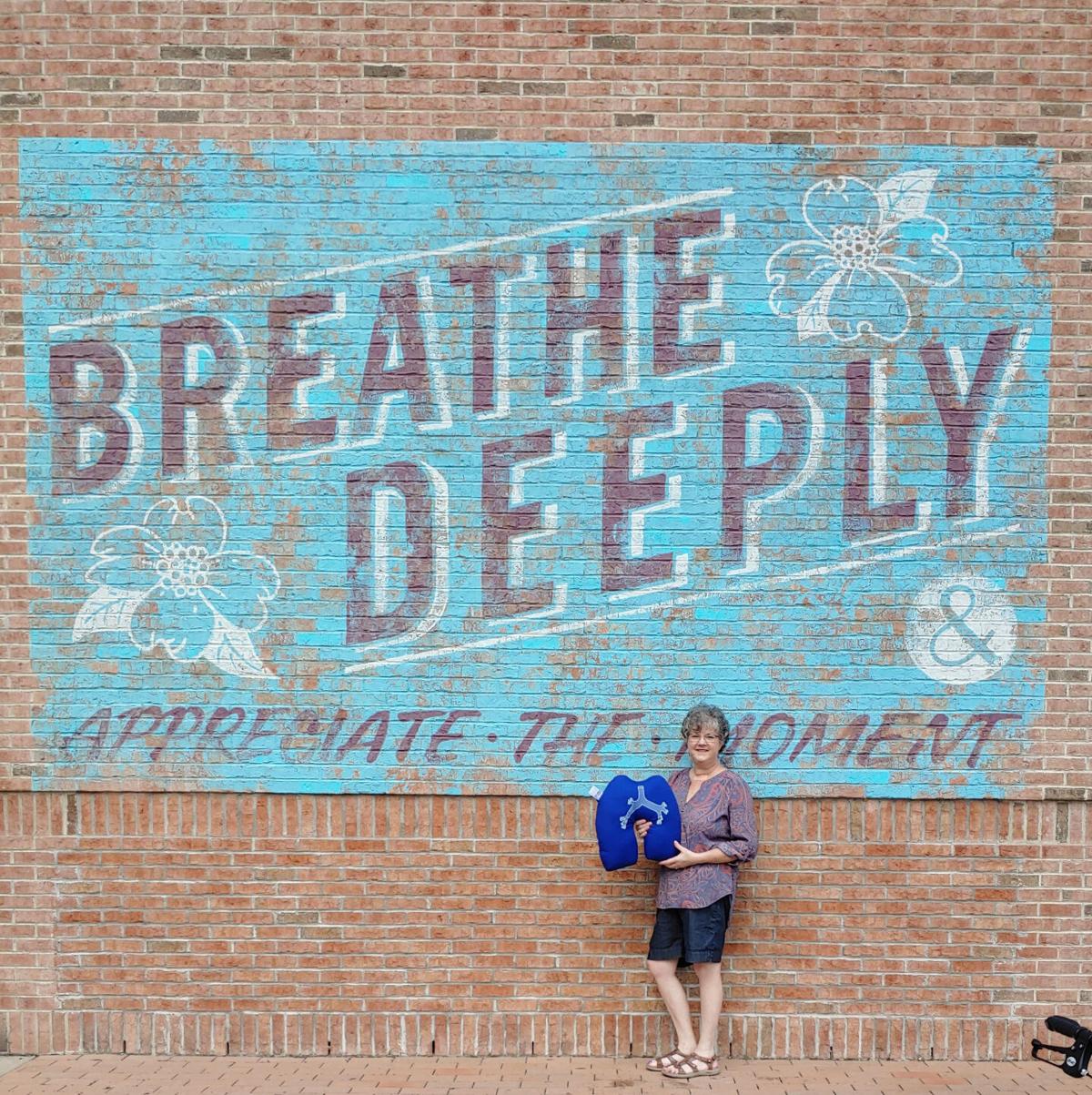 BREATHE DEEPLY — This picture was taken at the mall near Durham and is an iconic spot where most of the lung transplant patients from Duke take a photo.

HAVING COURAGE — Kelly Reed is pictured during a doctor’s appointment at Duke Hospital in October 2020.

HOLIDAY FUN — Kelly Reed, right, is pictured with her daughter Hannah and twin sons Riley and Sam the day after Thanksgiving when they picked out their family Christmas tree.

BREATHE DEEPLY — This picture was taken at the mall near Durham and is an iconic spot where most of the lung transplant patients from Duke take a photo.

This will be the second time in two years that Reed and family members have had to relocate to Durham, participate in a four-week rehab program and wait for a matching pair of lungs. Only this time, she is hoping that her body won’t reject them.

By 2019, Reed’s disease had progressed to the point where she needed new lungs. After passing all of the required health tests, Reed was matched with a donated pair of lungs after only a week and a half of waiting. Hoping for the best, she was in high spirits as she underwent the double lung transplant at Duke Hospital in June 2019.

But the surgery didn’t go as the doctors had predicted. The matching lungs ended up being too large for her chest cavity, which required the doctors to continue to perform surgeries on her new lungs over a span of four days.

“I had three or four surgeries in four days and then they finally closed me up,” Reed said. “That caused all kinds of problems because I was sedated for all that time. It was a very long process and I was in the IUC for 34 days and ended up being in the hospital for two and a half months. Every complication that there was, I had.”

It wasn’t long before Reed’s body started to reject her new lungs, and after only a year, the doctors at Duke told her it was time for a new transplant.

“My body started attacking the lungs right away, so I really haven’t had a whole lot of success,” Reed said. “I never even remotely expected I would have these types of complications. I felt strong before the surgery, and I just didn’t do great.”

While this will be the same surgery that she struggled with before, Reed has faith that it will go right the second time as the experience has prepared her for what complications could occur.

“I thought I never would do it again, but here I am and I do have to think about it,” Reed said. “I have to hope that it will be better. I am a woman of faith and believe that God will get me through this.

“I don’t blame anyone for what happened,” Reed said. “It’s unpredictable, this situation, so they can’t predict what they find. There was nothing they could do. … I just have hope. They know a lot more about my body. I feel like we have a better baseline of what can happen. And, hopefully, it won’t be like that again.”

Now that the doctors have told Reed she needs to go through another double lung transplant this year, she is making plans to move to Durham along with her daughter, who just graduated from Liberty College.

Her daughter is putting her career on hold for now so she can be her mom’s full-time caregiver.

Reed also has twin sons who will be graduating from Haywood Early College this spring and will be going off to college in the fall.

“They have been amazing during this pandemic to help me as I’m not very active,” Reed said about her children. “2020 has been really hard. I’m going buggy not being able to do anything. I just want a hug sometimes or I just need a hug or to give someone a hug.”

But Reed and her children have been very careful. Reed is still on oxygen and has to take about 20 pills four times a day to keep her lungs in check.

“I am not healthy by any means, and COVID has not helped anything,” Reed said. “I’ve basically been a recluse. It is really sad but God has been my strength and I have gotten through with the support of my kids. I’ve maintained as much health as I can.”

Reed said she was immensely thankful for the lungs she did receive in 2019.

“I want to write a letter to my donor family,” she said. “I’ve tried to write it before, but it’s so difficult to know what to say.”

How to helpShortly after her diagnosis, Reed found herself getting divorced after a 34-year marriage, leaving her a single mother of three. She doesn’t qualify for disability but does receive money from her ex-husband. The child support she receives for her two sons will be running out soon.

She is very worried about her financial situation as she has to move to Durham a second time, rent an apartment and be able to support herself and her daughter.

Reed has received previous financial support through a GoFundMe campaign and she is once again asking for support as she goes through another expensive operation in just a few months.

“We just are going to need some funds to be able to live here without worrying about finances,” Reed said.

The uncovered hospital costs for a double lung transplant is estimated to be a minimum of $18,000, but it does not include the cost of living for Reed’s two high school seniors who will remain in Waynesville or the costs incurred by relocating temporarily to another city.

Anyone wishing to make a donation to Reed and her family may do so at https://gofund.me/f217ccc1.