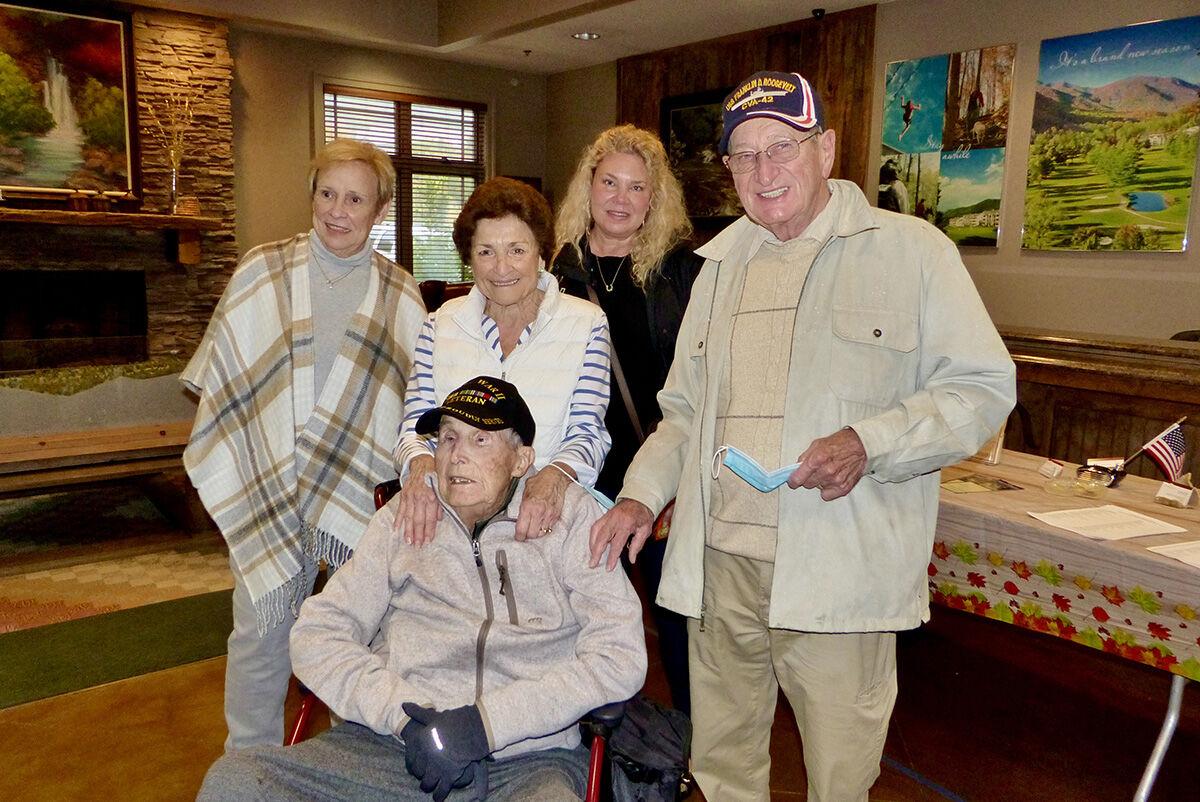 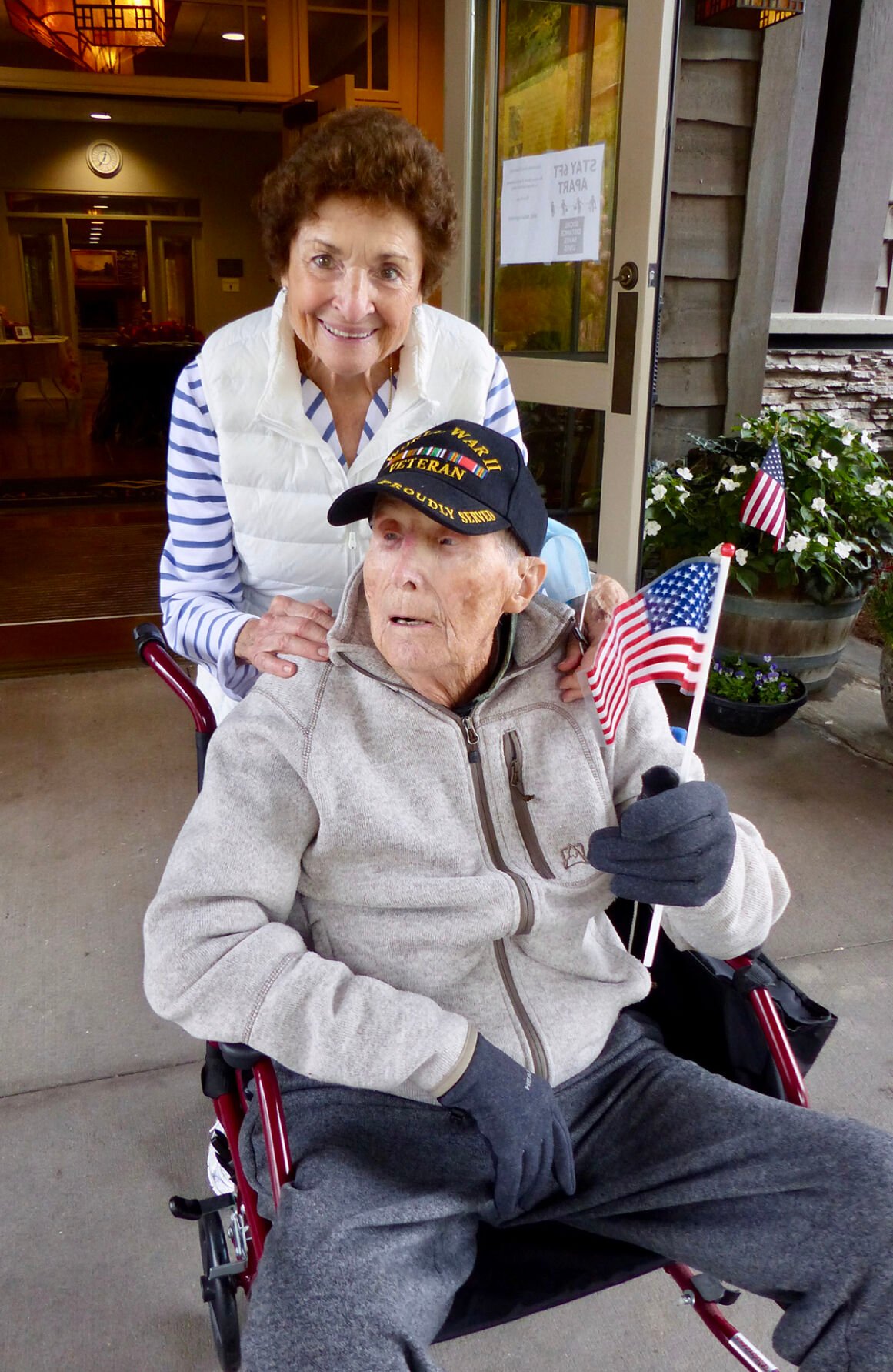 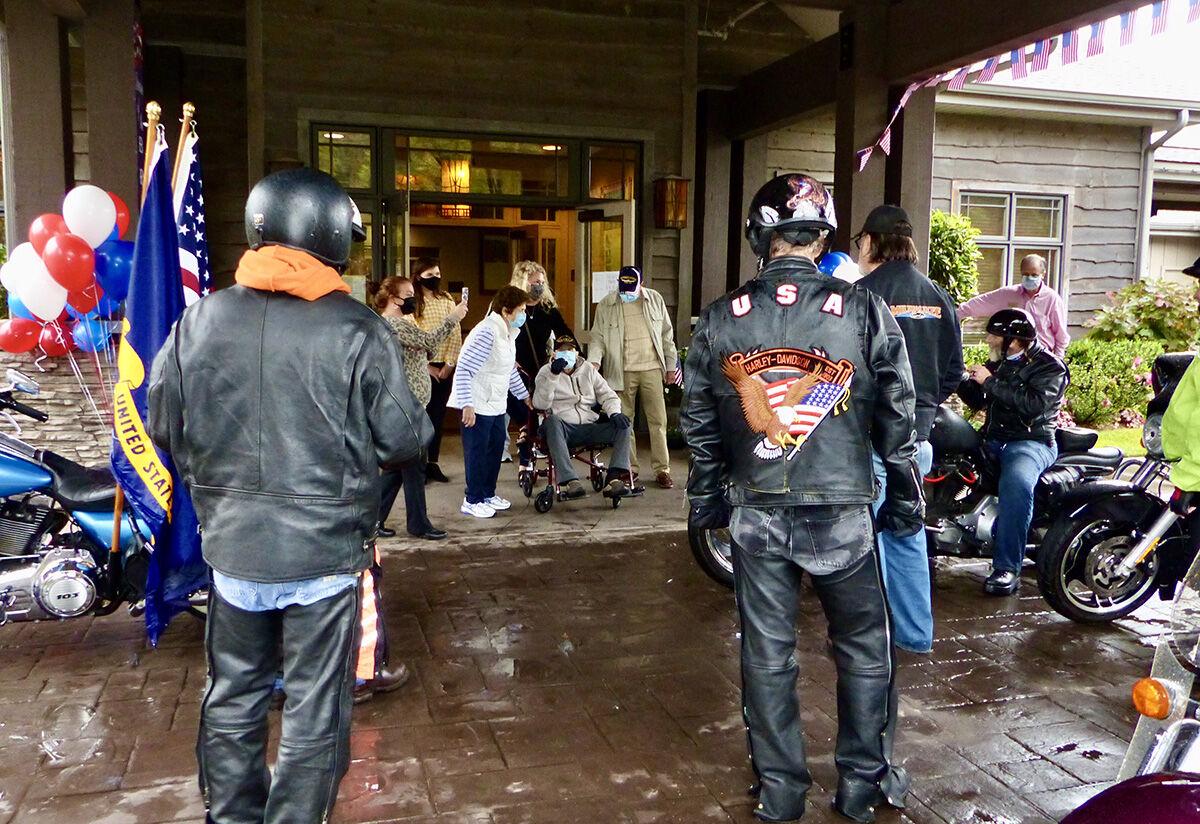 The Waynesville VFW Riders group participated in the celebration, presenting Warren with a U.S. Coat of Arms, from the World War II era. 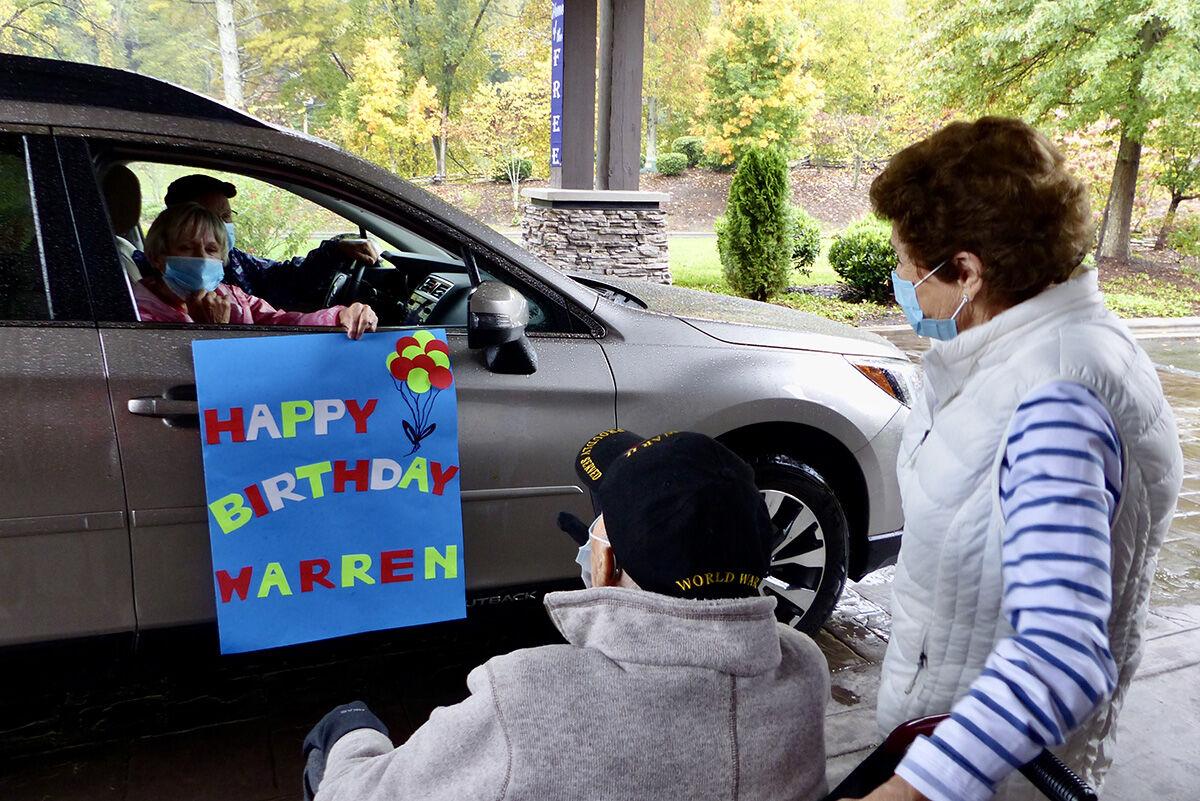 The Waynesville VFW Riders group participated in the celebration, presenting Warren with a U.S. Coat of Arms, from the World War II era.

Bateman was joined by his wife, Marilyn, his son, Duane, daughter-in-law, Mary, and granddaughter, Jennifer.

The birthday event at Maggie Valley Club was organized by Marilyn’s daughter, Suan Swenson, who orchestrated the celebration from her home in Minnesota.

Bateman, a long-time Maggie Valley Club member and seasonal Maggie Valley resident, is a World War II U.S. Navy veteran. He was honored when the Waynesville VFW Post 5202 riders group drove by and presented him with a U.S. Coat of Arms, from the World War II era. This prompted Marilyn and Warren to tell the group of well-wishers remembrances from the war.

Bateman has led an interesting life, and was honored to serve on U.S. Navy Fleet Admiral Chester Nimitz’s staff in World War II.

“Being on Fleet Admiral Nimitz’s staff is without question the best duty anybody could ever have,” Bateman has said.

After active duty ended, Bateman continued as a reservist for 20 years, went to law school at the University of Minnesota and had a successful law career.

Both natives of Minnesota, Warren met his wife, Marilyn, when she was a nurse at the Mayo Clinic in Rochester, Minnesota. They have supported the Mayo Clinic for many years, including donating funds to support the construction of new operating rooms.

The Batemans also have contributed greatly to the local community.

Warren and Marilyn spend part of the year in their Maggie Valley home, and part in Miami, Florida.

These days, it seems like independent hardware retailers are disappearing from the business landscape at a rapid rate and are being replaced by the big chain hardware stores.

These chain stores do have the advantage of far greater resourc...